Hey all, just putting out some some notes on what's going on, as well as a few questions to put to the group.
Read more »
Posted by Justice and Rule at 5:23 PM 4 comments:

Not So Cold War

A few weeks ago Tom from Texas hosted a Cold War game at his houise using a portion of his his newly-acquired 1/87th scale collection of Cold War minis. The scenario posited that an assault by the Soviet bloc had been turned back and the NATO forces were on the counter-attack. The scenario was set at night and consisted of a Soviet recon unit covering a likely crossing point on a German river. The NATO forces had armored infantry supported by armor and motorized bridging units. 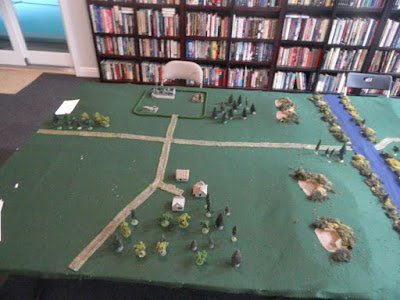 the field of battle, first the Russian side of the river 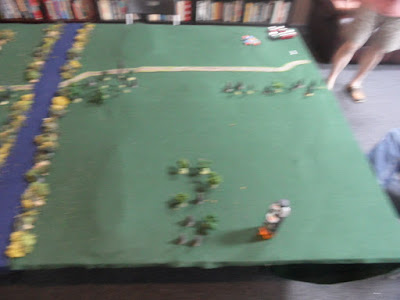 and the NATO side,
the unfortunate habit of rivers running through low ground meant that the NATO forces could hide behind some convenient hills during their approach

Not exactly VSF, more like "futurism" of the past. The Washington Post has some interesting illustrations like the one below at this link. Jinkies, I love airships! 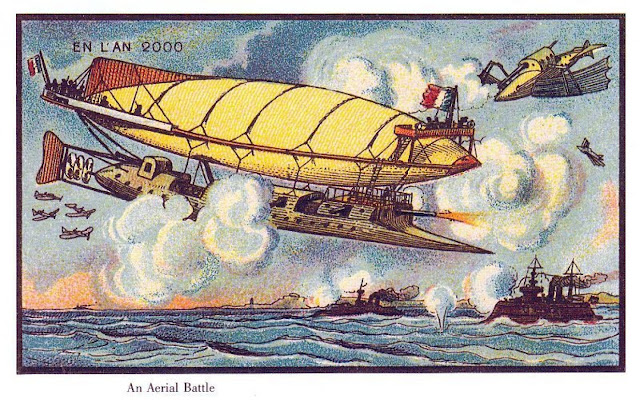 So, after literally years of building these silly things I have managed to get in a game. It is based on our old mythical VSF campaign of Daftrica. The German colony Deutsches Ost Daftrikan Organization (a.k.a. D.O.D.O. for short) was based at the original colony of Kaiserinport. This issued into a large bay grandly titled Der Kaiserin Zee. Below you see a map of the area. 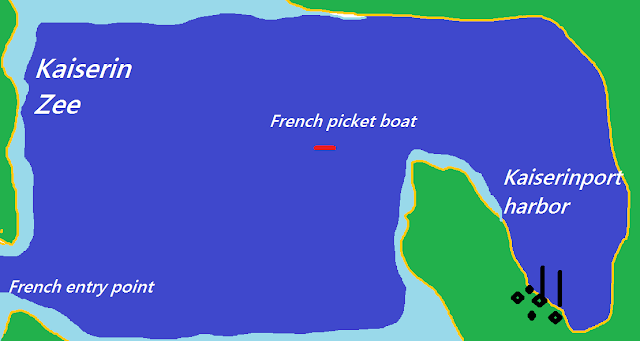 The scenario is this; the Prussian Crown Prince is touring the colonies when a war breaks out in Europe. The news of this is passed along the telegraph line to the colony but there is one glitch; the cable is routed through a French colony on its way to Kaiserinport. The French had word of the impending conflict and have interrupted the cable service, leaving the Germans without a clue. The French have used the time to assemble what they consider to be a preponderance of naval force to interdict the return of the Crown Prince to his home.

Yesterday a fast mail steamer slipped past the French blockade and the news was delivered to the Crown Prince. He has resolved to use the forces at hand to return to his homeland to join in the fight (the armies are commanded in his absence by his septuagenarian half-wit uncle) or die trying.

As the sun comes up a French picket boat is seen flying a flag of truce in the Kaiserin Zee, assuming that the French intend to surrender the Germans begin to raise steam and  investigate this development. 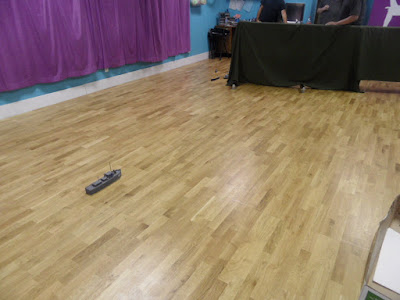