One hundred and fifty eight years ago we let our political discussion degenerate into a Civil War that claimed the lives of 660,000 Americans and ruined the bodies and minds of  another million survivors. The nation still bears the scars of that conflict and doubtless will for a considerable time to come. So, amidst the barbecues and merriment stop for a moment and consider the sacrifice of our veterans and those that didn't come back. Pray that we never again let our disagreements get to the point where we are killing each other.
Posted by Anton Ryzbak at 1:29 PM 4 comments:

Don't let the generic name fool you- the Central African Republic provides the same quality of poverty, disease, and corruption as it name-brand African neighbors.


-the ONION: Our Dumb World, Atlas of the Planet Earth, 73rd Edition 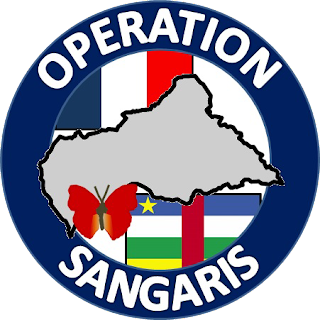 During the 2013 French military intervention (titled: Operation Sangaris) in the Central African Republic, part of it's mission was the disarmament, demobilization and reintegration of the warring parties.  As opposed to many other ineffective intervention missions, the French forces in CAR were readily given the mandate that this was a "peace enforcement" mission, rather than just peacekeeping.  Combine this with ever-changing groups of rebels, an African Union led peacekeeping force, the changeover to a proper UN led force, and ever-present corruption within the CAR government itself, one is provided with an endless variety of wargaming opportunities.

We will pick up the action set in early April 2014:   A French helicopter has crashed while on operations south of the town of Boguila.  Nothing has been received since the pilot reported their rough location, but the area is known to be a hostile area within Seleka controlled territory.

(If you have a drink of choice, please bring it as I have not bothered to stock any of your wines/whiskeys/ect ect)

One of the big benefits of attending Drums on the Rapids is that admittance to the fort is included in the entrance fee. The fort is well worth far more than the fee charged.
With the fall of Detroit to the British this area became the far Northwestern corner of the US position in the War of 1812. Built in the first few months of 1813 under horrific weather conditions by a mixed force of Regulars and militia it was completed just in time to thwart the advancing British and their Native American allies. The replica fort was built, and is maintained by, the Ohio History Connection in conjuction with the Fort Meigs Association.
Surrounded by a circuit of almost 2500 yards this is a truly major fortification for the location and period, I found myself marveling at the industry and sense of purpose that the original builders must have brought to their task. The fort was built to overlook the rapids of the Maumee river, in a period when rivers functioned as highways this was a vital choke-point and the fort could control the passage of troops and supplies upriver.
Below is a picture of the fort as it is today, courtesy Google Earth. The walk-through follows the path in a clockwise route from the western entrance. 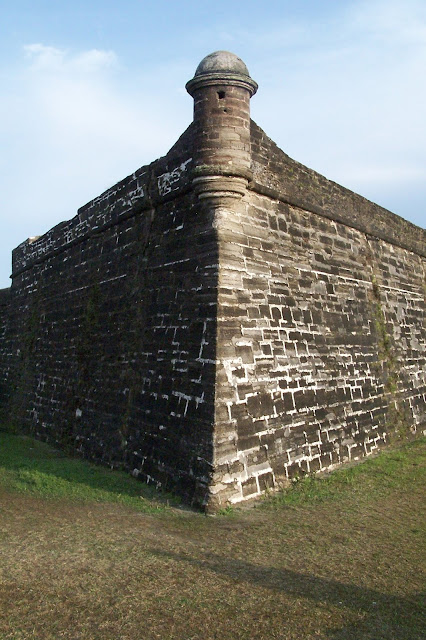 I have been going to visit the Castillo de San Marcos on an almost yearly basis for over thirty years. The fact that it located in the delightful seaside town of Saint Augustine Florida doesn't detract from its allure. As the oldest continuously occupied European site in North America I greatly enjoy the sense of history. The Spanish started building forts here shortly after claiming Florida as their own. Repeated piratical visits by all and sundry (combined with the regular burning of the town) finally led the Spanish authorities to take the plunge and build a proper stone fortress to replace the often-destroyed wooded ones. The result was the magnificent stone structure that still stands today. 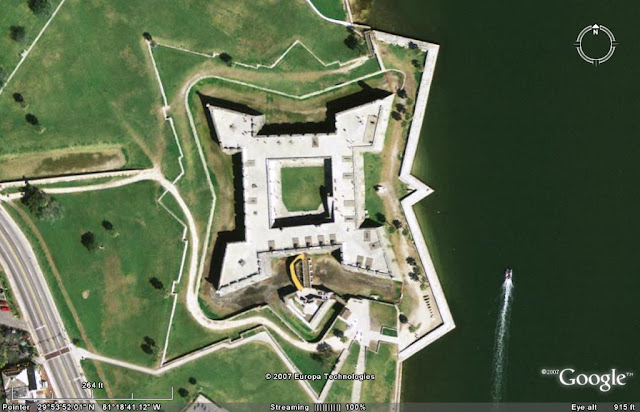 an aerial view of the Castillo courtesy of Google Earth

WARNING! THIS IS A VERY LARGE POST AND IS VERY PICTURE INTENSIVE

One of the supporting vendors that were at Drums was Acheson Creations. I have not encountered their products before this point (much to my chagrin) and have to say they are top notch. All the items that I examined were cast in a fine light pale gray resin with no visible bubbles and no trace of tackiness or smell. I often avoid ordering resin products due to prior bad experiences with casting issues but these are delightfully devoid of problems. Take a look at the website they produce simply tons of stuff! 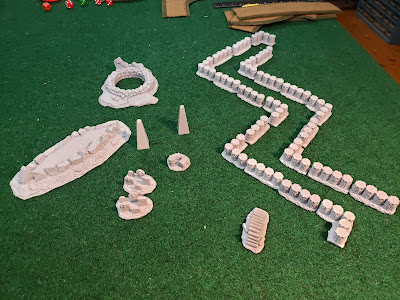 of course I picked up the odd item (or two)

Drums at the Rapids convention report 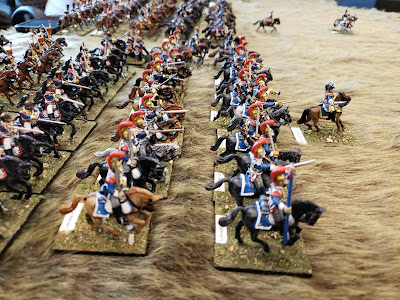 For years I have been promising myself that I would make it to Drums and, for one reason or another, never have. This year I attended and realized just what I've been missing out on. The convention takes place in the museum and visitor's center of the historical Fort Meigs. This fortuitous situation allows one the opportunity to play in a wide variety of games as well as tour the museum and grounds (which I did and which will be subject of another post). This is a relaxed and friendly convention which provided a good selection of games throughout the weekend

This is my new favorite coffee


If you are a fan of "Safe Zones" and other such nonsense you won't want to watch this. If you think supporting our Vets is a good thing you will appreciate this brand. The advertisement is damned funny and the coffee is very good too! Watch a few of the other videos too, this really is a great Vet-oriented company and deserves our support 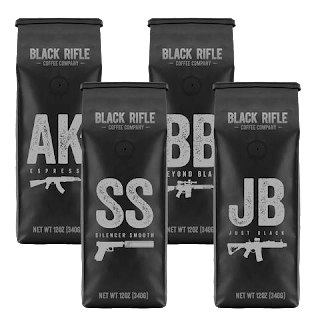 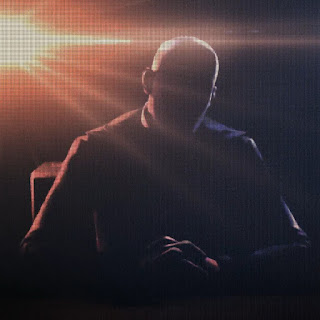 ---this message is to advise you of an upcoming wargame--- 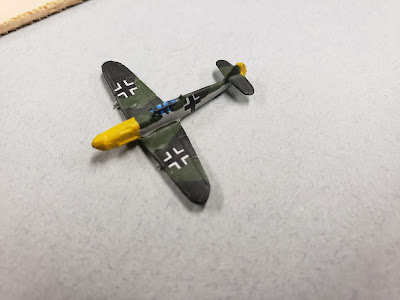 I have been digging around locating the rest of the sub-15mm stuff. I knew that I had this box hiding in the back corner of The Vault but it took me a couple of days to locate it (it didn't help that it was mislabeled and in the wrong space!). These come from a series of false-starts; an effort to play Avalon Hill's B-17, Queen of the Skies with minis, a brief fascination with the early airwar over the Pacific and a short-lived interest in the British air-arm.

The usual rules apply, leave a comment claiming the set of minis that you would like and then email me at daftrica 89 @ yahoo . com with your address. No payment required. My only demand is that you donate whatever the postage costs to a local Veterans Charity.

It looks like I will be able to swing games on the following dates;

Up For Grabs II CLOSED

I'm continuing to clean house and have a couple more items for your consideration.

Please remember that I don't want any payment, just your solemn promise to donate to your local Veteran's charity  an amount to match at least whatever the shipping cost is to me.

This is strictly first-come, first-served, proof is the time-stamp on your post in the comments.

Up For Grabs I CLOSED All have found good homes

As part of my housekeeping/cleaning I referred to earlier I have decided to shed a number of projects that I am certain that I will never finish. I asked around in my usual gaming circle and some found takers while others didn't. I now am expanding the circle to include all of my loyal followers. Listed below you will find the collections that I am giving away.

First person to respond in the Comments section will be the new owner of one of these collections. One collection each please! I will ship for free inside the continental U.S. and only ask that, once the package is in hand, you donate whatever my postal cost was to a local Veteran's Program of your choice. I rely on your honesty. 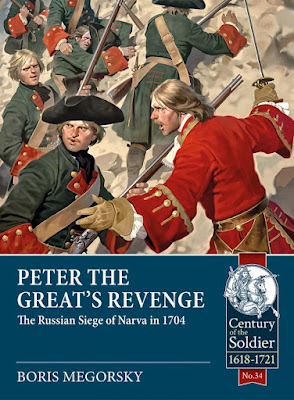 Once again Boris Megorsky and Helion Books have combined to bring us a most illuminating volume. In 255 pages Megorsky takes us through the siege that avenged the crushing defeat that the Russians had suffered at the hands of the Swedes just four short years before. I must admit that I was at first concerned at just how readable a diary of a siege would be (they did tend to be plodding affairs, almost like a very slow waltz). To my pleasant surprise I found the text easy to read and nicely paced. This is probably the most interesting story of a siege that I have read since I found the "Siege of Dendermonde" in the old Battle magazine back in the mid 1970's with the added bonus of being a factual account.

Justice&Rule (known here largely as J&R) has long been a fan of the Reaper "Bones" series and has collected most of the prior issues. He has added "Bones" version IV to his collection and brought the box by the other night to show off his new toys. And what a collection of minis is is! I just wish that they would do a similar Kickstarter for an historical figure line (Vikings spring to mind, complete with Norse Gods, a meadhall and a couple of small boats). I turn the narrative over to him.....

here it is!  33lbs of minis!
that is an ambitious painting schedule!