I decided to just push ahead and start cutting foam, instead of the complex geometry stuff. It seems to have worked out so far, what the heck? So I cut three layers of foam to the outline of the bastion and then cut it again at the draft angle of the walls I had finished earlier.  A couple of mistakes and a whole mess of hot glue and I have a bastion. All in less time than the math would have taken. 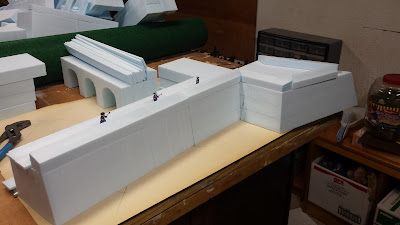 those are 28mm WSS figures from Wargames Factory 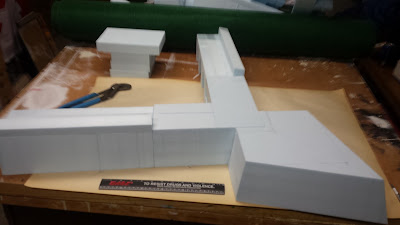 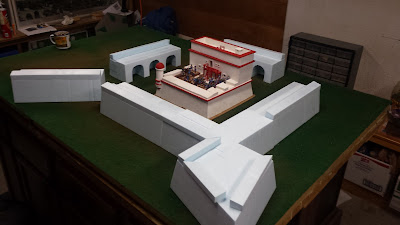 the Mantanzas Fort looks tiny sitting inside this thing 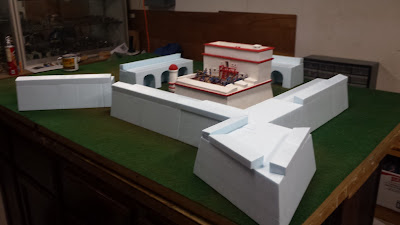 and in relative terms the Castillo de San Marcos was small,
Spanish forts in Puerto Rico and Cuba are MUCH larger

You Are Such A Bastion!

Wow, if I had any clue that I was going to be doing this sort of thing later in life I would have paid more attention in Geometry (and drafting) class! So, it turns out that there is a lot more to cutting a bastion than nice straight walls. The intricate inside corners of angled walls almost defeated me (BTW, Pythagoras, you were no help) but then it suddenly occurred to me that I didn't need to cut the object in one continuous action, all I needed to do was make a pile of parts that would reassemble into a bastion. Blunt Force has always been a specialty of mine so the world made sense again and I got to work.

The next step was putting the lines down on my 1/120  scale test model, this is where some drafting skills would really have helped (or a CAD designer and a 3D cutter).  After much head scratching and a lot of graph paper the drawing came together and was transferred onto the blue board. There were a  few issues during the transfer process but I got it worked out producing this magnificent mess of a drawing; 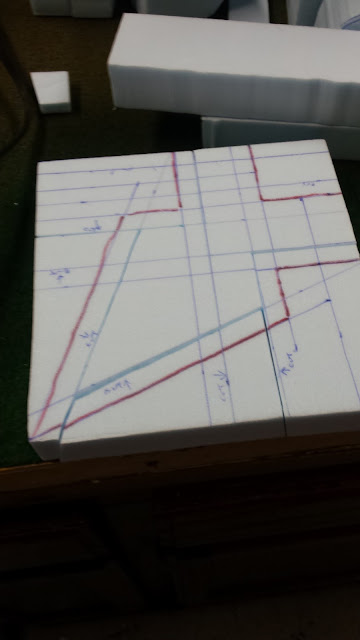 the red lines indicate the footprint of the bastion,
the lines labelled "cut" account for the inward tilt of the wall face

As each cut passed completely through the block of foam I glued the block back together after each cut,  making sure to only glue the areas that would be part of the final piece. This way I was able to use the fence on the foam cutter to ensure that the lines were straight. Finally with all the cuts made and the spoil cut away I had this; 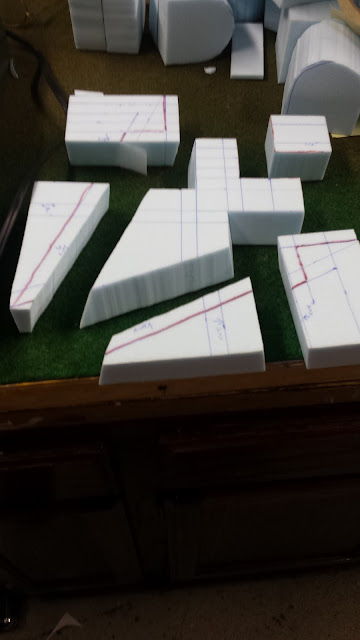 All in all a satisfying experiment. Now that I have figured out the way to proceed with the cutting, reassembling, more cutting sequence I just need to find a way to get the parts through the tool. Another consideration is that each bastion will have a largest dimension of over 24" with all the storage and handling issues that arise from that.

More thinking may be in order.
Posted by Anton Ryzbak at 1:26 PM 2 comments:

Maybe I should get checked, or talk with a professional about thus. Obsession, disorder, bad habit? I'm not sure how to classify it.

"Hi, my name is Anton, and I'm a fortaholic", Well there was the first step, I doubt I will be taking others any time soon. This is too much fun. 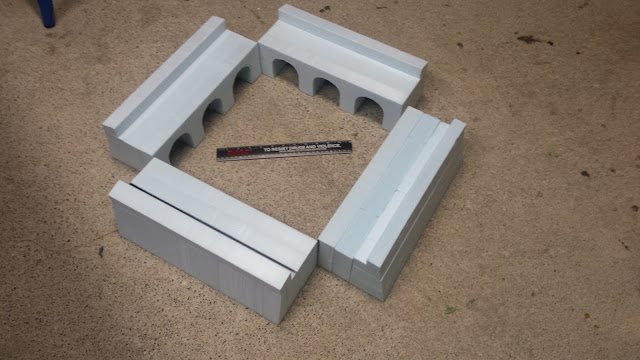 Now all I need to do is sort through the complex geometry of bastions.
Posted by Anton Ryzbak at 10:49 PM 4 comments:

............if this were a real fortress there would be three more walls and four bastions. My faithful servant Proxie had been misbehaving so I had OldSarge take a look at it. The cutter is now back up to speed and I wanted to give it a go, then this happened 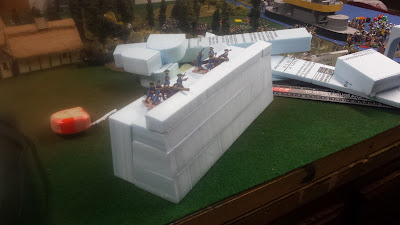 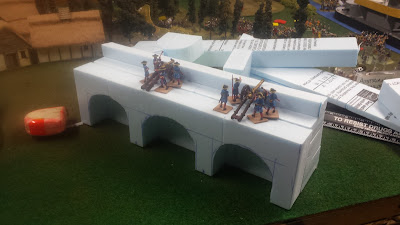 one glance at the arches and you can see that I am out of practice at cutting curves...

At fifteen inches long it is only half the length of the walls of the Castillo de San Marcos and the bombproofs would be tree times as deep and faced with a stone wall. That said, all of this took less than a half hour including waiting for the hot-glue gun to warm up.
Posted by Anton Ryzbak at 1:28 AM 2 comments:

I grew tired of looking at them so I skipped a couple of hours of sleep and powered through and finished the paint jobs on the 29mm Gripping Beast Arab Infantry. The Housemartin had wanted four readily identifiable units. You have seen the musket armed conversions. The other three groups were, swordsmen, Wallachians (in nasal helmets) and Akinji spearmen. I threw in an added level of unit identification by painting most of each groups with an over arching color scheme, this is particularly obvious with the Akinji, per the Housemartin's request.

As usual they were painted using Americana colors (available from Michael's, Hobby Lobby and other retailers) over a flat white primer coat. Colors were diluted slightly to ease the p[ainting process and then the figures were given a thin coat of Future Floor Wax. Over this was added a flesh wash of ten parts water, ten parts Future and one part Russet Brown, with just a touch of burnt umber. Once that had dried I did a fifty-fifty water /Future with a dash of black wash over the whole figure. 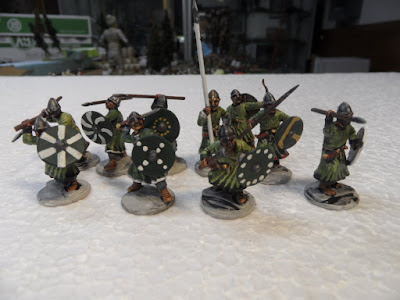 first we have the Wallachians, I have only the faintest clue about them but I imagined that study Balkan mountain-dwelling men would have muted colors so I went with a variety of shades of green

A bold force march has lead to some unexpected results, and not all are good!

Follow this link to see the after action report

Posted by Anton Ryzbak at 11:08 AM No comments: