The Housemartin has been dreaming about gaming the wars of King Kamehameha and looking for figures and boats to use.

I can't provide the minis but this guy certainly makes some stunning boat models, probably too pricy to game with but they are very inspiring.

﻿I lifted this photo from his website he makes many more types of boat....they are all superb!
Posted by Anton Ryzbak at 12:13 PM 4 comments:

I have been waiting for these guys!

My favorite Aussie Bad Guy, Ned Kelley, is out in 28mm check out this picture (best of all, no faces to paint!);

From Great Escape Games
Other are available from Brigade Games

Now I want Outback to bring back their old décor!!!!
Posted by Anton Ryzbak at 9:46 PM 5 comments:

As I approach six decades on this planet there are fewer and fewer things that get me really excited but I got an email today that has me truly in a state. The National Park Service sent me a link to a laser-scanning survey of Fort Matanzas conducted by the University of South Florida. The documents that are part of this survey include a 3-D scan and model of the Fort as well as careful dimensional drawings. The quality is superb, the documentation excellent and best of all it is free! 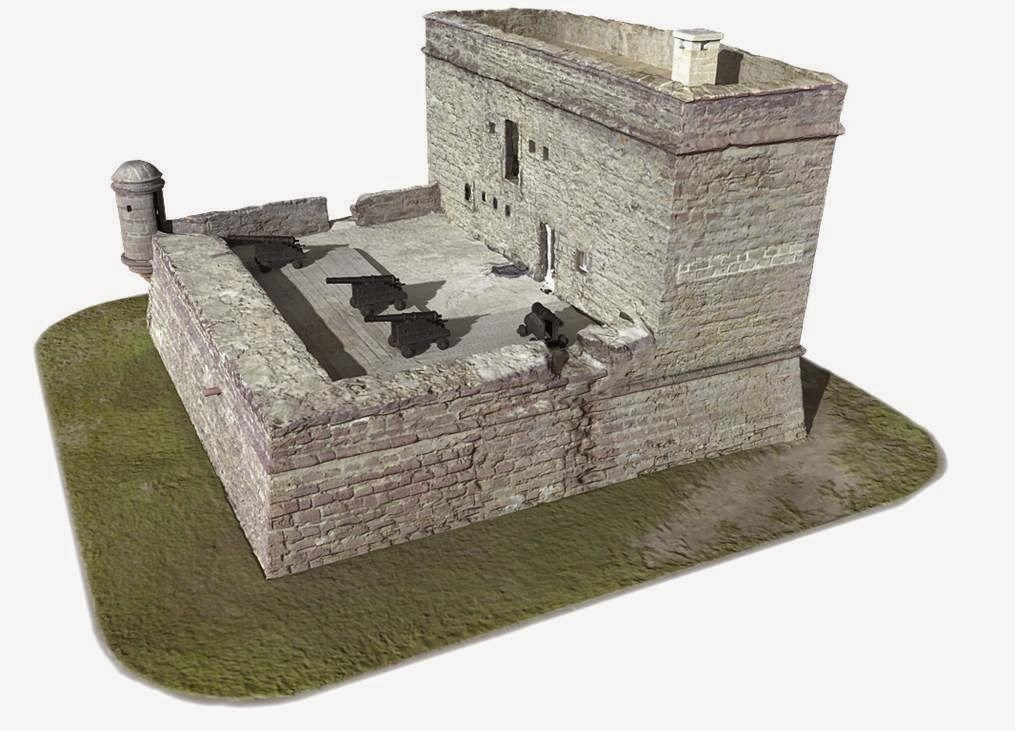 an example of the superlative renderings from the USF report

You can download the entire report by signing up with academia.edu or just view it on line.

Now I have no excuses for not building the model of the Fort that I have been going on about.

Best of all they are probably going to be surveying the CASTILLO soon!

Justice&Rule and Honest Dan joined forces to buy the latest Kickstarter from Reaper minis. I am not generally a fan of these grab-bag collections of figures but I have to admit that this is one that I wish I had gotten on board with. J&R brought the recently arrived box of minis by to show off.

I have always liked the quality of the sculpts of Reaper miniatures and these are very much up to standard. Molded in a semi-soft plastic they are superbly sculpted and elegantly detailed with excellent attention to proportion and balance. Frankly, I am astounded by them. A staggering value as well at an average cost of around a dollar a figure (and some are very large multi-part figures) the price is impossible to beat.

So, with no further  ado, feast your eyes on just a tiny portion of the collection. 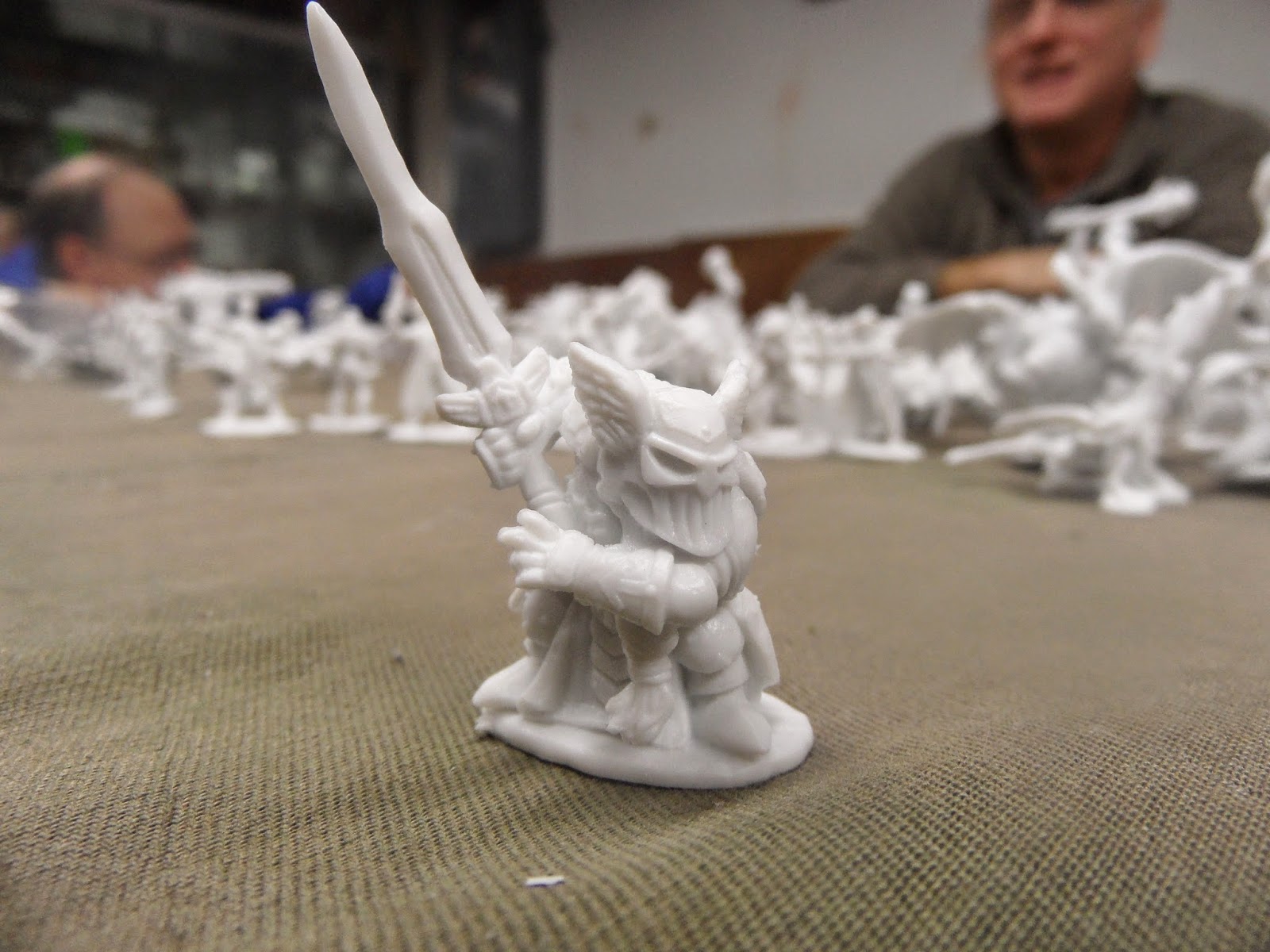 a dwarf with a frightful helmet

I have mentioned in several posts that I needed to add boasts to my model warships and never got around to adding them. I have fund a bit of time and decided to build them rather than adding another larger model. The materials needed are simple; heavy card stock and a strip of  one inch wide  balsa about 3/32 thick, a razor knife,  a pencil, a pair of scissors, and a ruler are that is needed by way of tools. 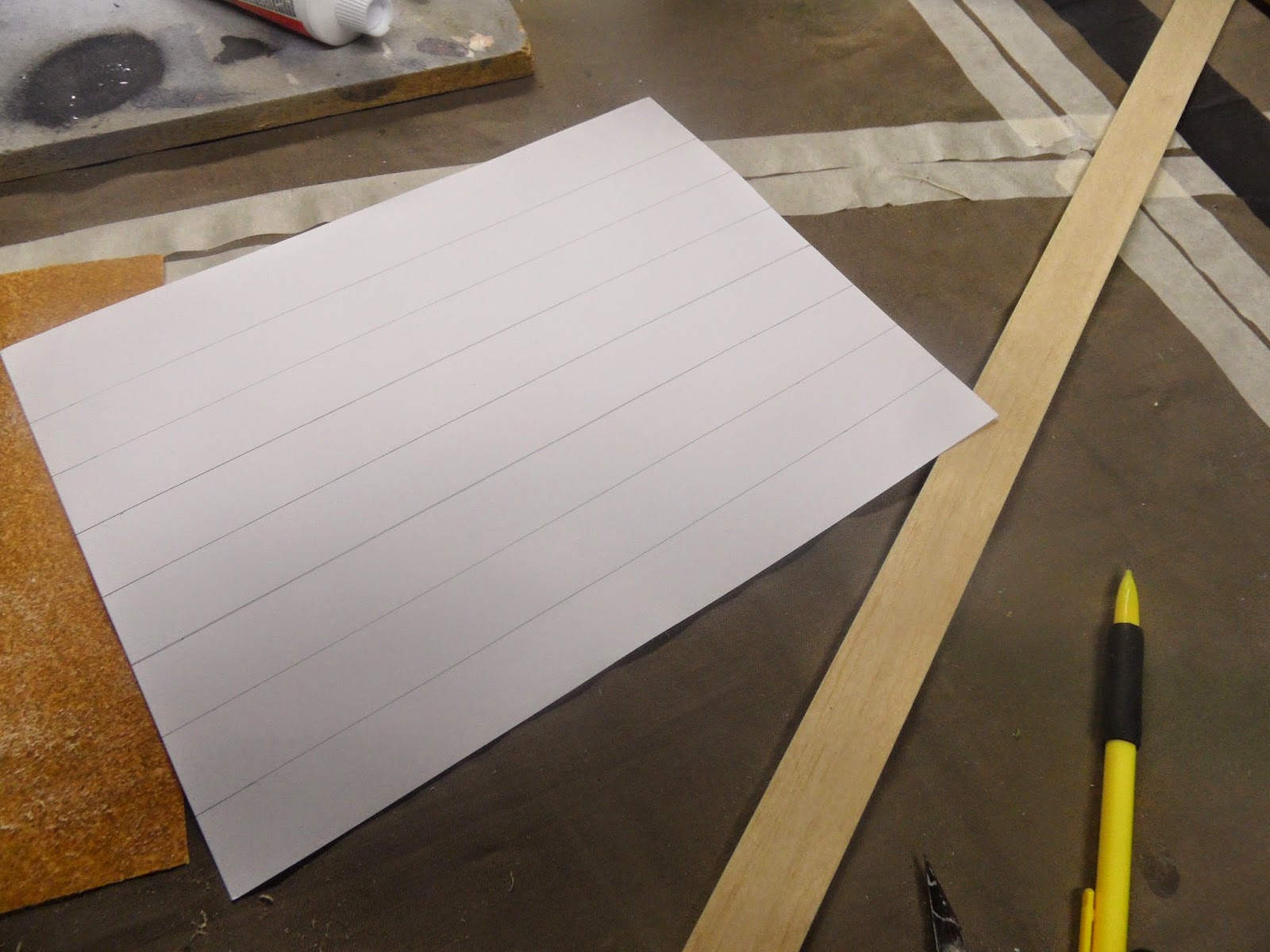 the first step is to draw out the sides of you boats on the card,
I used sides that are one inch high

OK, OK,. Maybe I should stop

I got them all out and lined them up. It seems that I have gotten carried away with these crazy giant boats. Maybe I will go work on some Micro-Armor for a while! 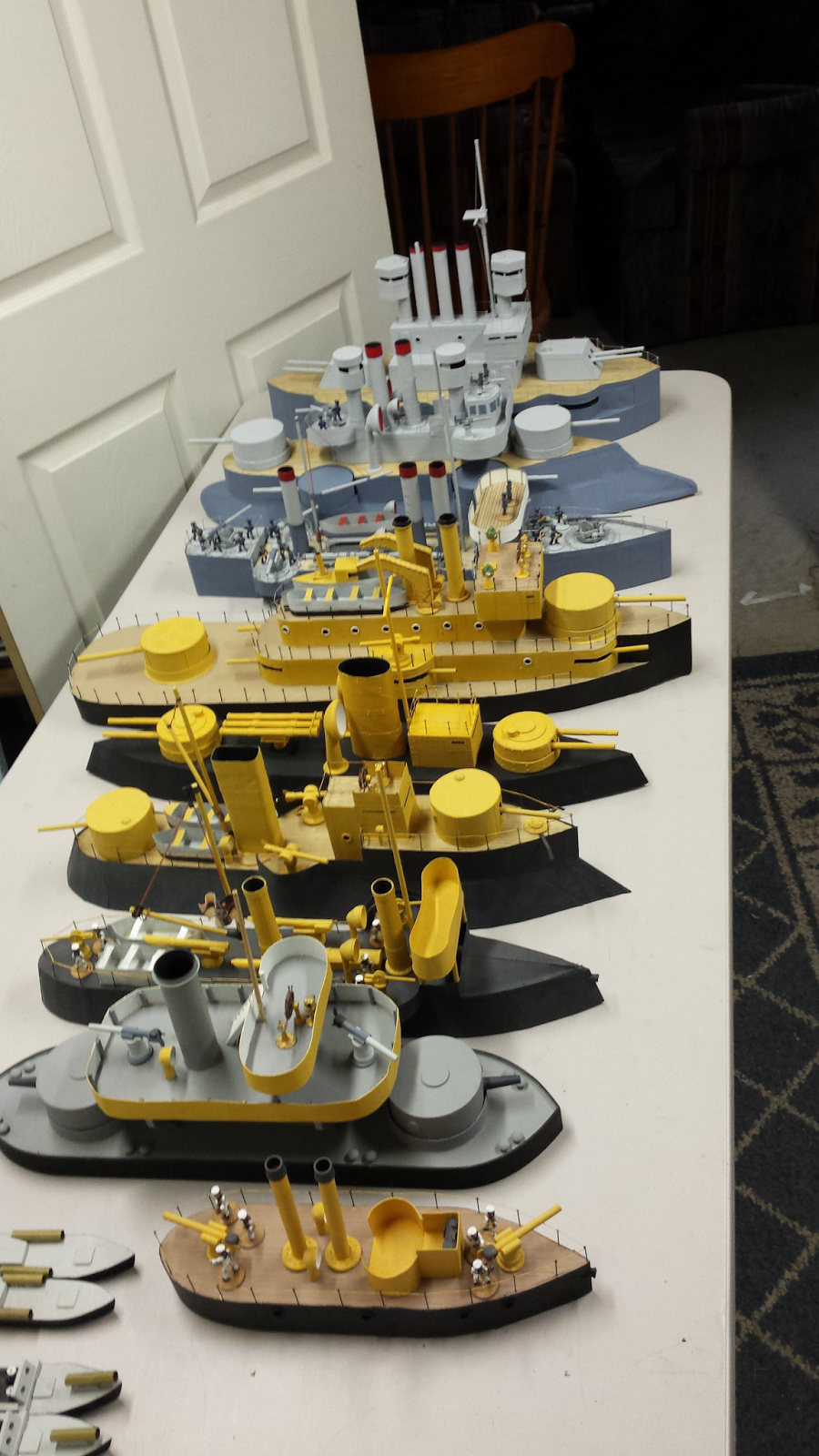 Anniversaries and all that

As I sit here thinking (some insist I am napping) it occurs to me that there are some significant anniversaries this year. First there is the bicentennials of Waterloo and, in a more  parochial note, the Battle of New Orleans. More recently (as in only a century ago) strategic bombing first took place with the German Zeppelins raided London, the first submarine blockade was proclaimed against Great Britain, leading to the sinking of the Lusitania and  the Allies landed troops in Gallipoli.

Some of these give rise to the idea of a memorial game or campaign. Waterloo has already been proposed by Tom from Texas with a short campaign as opposed to refighting the battle as it stood. The New Orleans campaign would be interesting as well, there were many options open to both commanders that would have greatly changed the outcome and there is also the first use of a steamboat in warfare! Frankly I find trying to game submarine warfare difficult to manage and rather distasteful (shooting at unarmed and defenseless civilians is something too much from today's headlines).

Tom has offered to host the Waterloo campaign at his house which only makes sense as he has all the space we would ever need and the complete orbat for both sides. We need commanders for the British, Fernch and Prussian forces as well as players willing to push lead when a battle occurs. interested parties please reply in the Comments section. After we have completed the 100 Days campaign I was hoping to impose on Tom to host the New Orleans campaign as well. If that comes together we should be pretty well busy until the middle of summer.

I lack the mins for a Gallipoli campaign but have been tossing around the idea of  building a Zeppelin or two and using Canvas Eagles to run a Raids on London game. That is still in the formative stages however.

Anyone with ideas or the minis to host a centennial/bicentennial game that is wishing to  give it a go please contact me directly at daftrica 89 at yahoo dot com or in the comments section.

Ogre, As much fun as ever!

So, we played Ogre on Saturday, it was a blast! We went over the rules and then ran the basic scenario so everybody had a handle on the rules. Then we played a monster game on four of the beautiful full-color boards using six Ogres and TONS of other units. The scenario I concocted was not very balanced and ended in a pretty lopsided fight but everybody had a great time. There is already talk of a campaign game! Playing the game re-enforced the impressive quality of all of the components of this truly MONSTER game, congrats to Steve Jackson Games on the attention to detail and superb quality of this edition of the game. 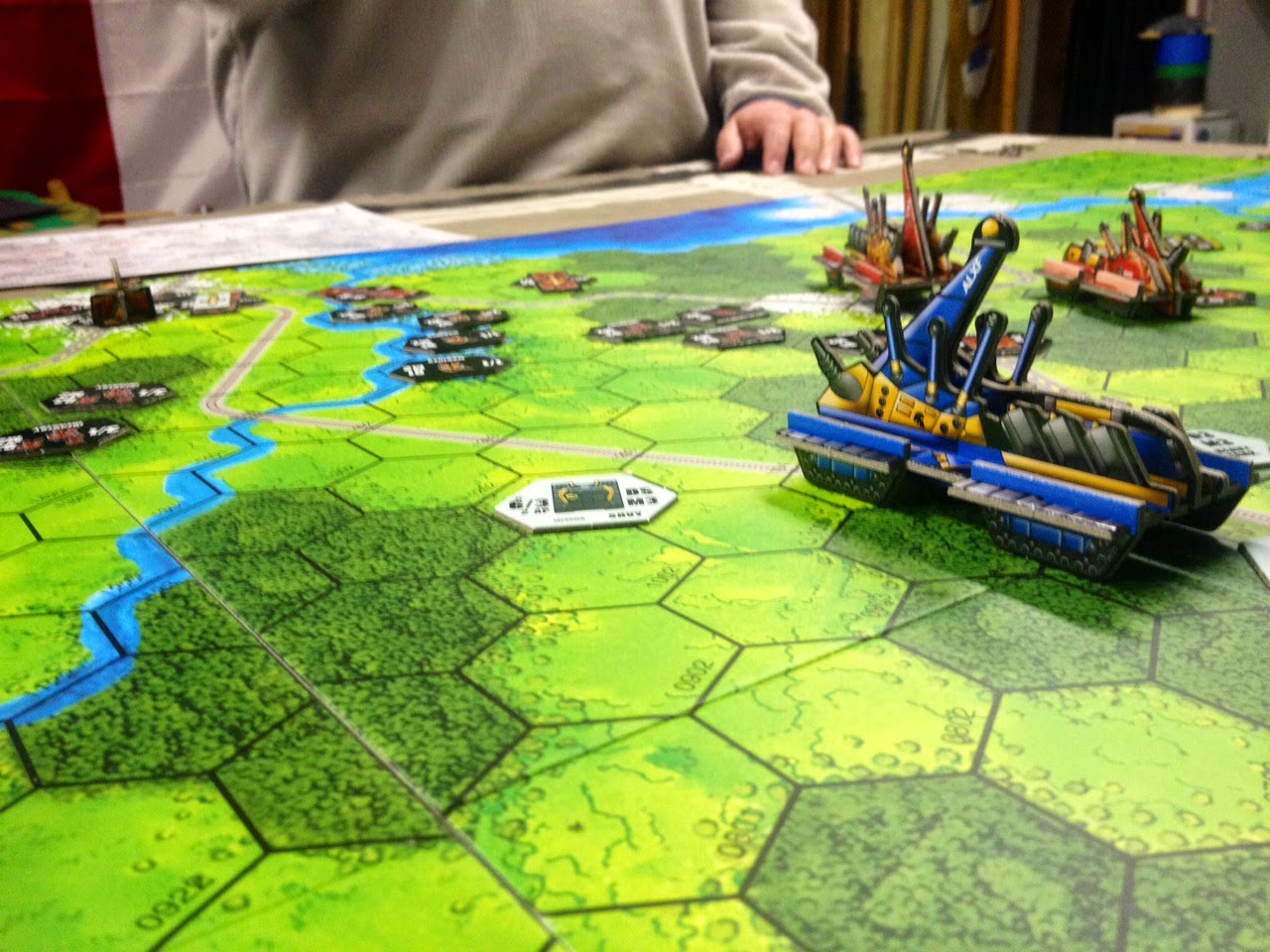 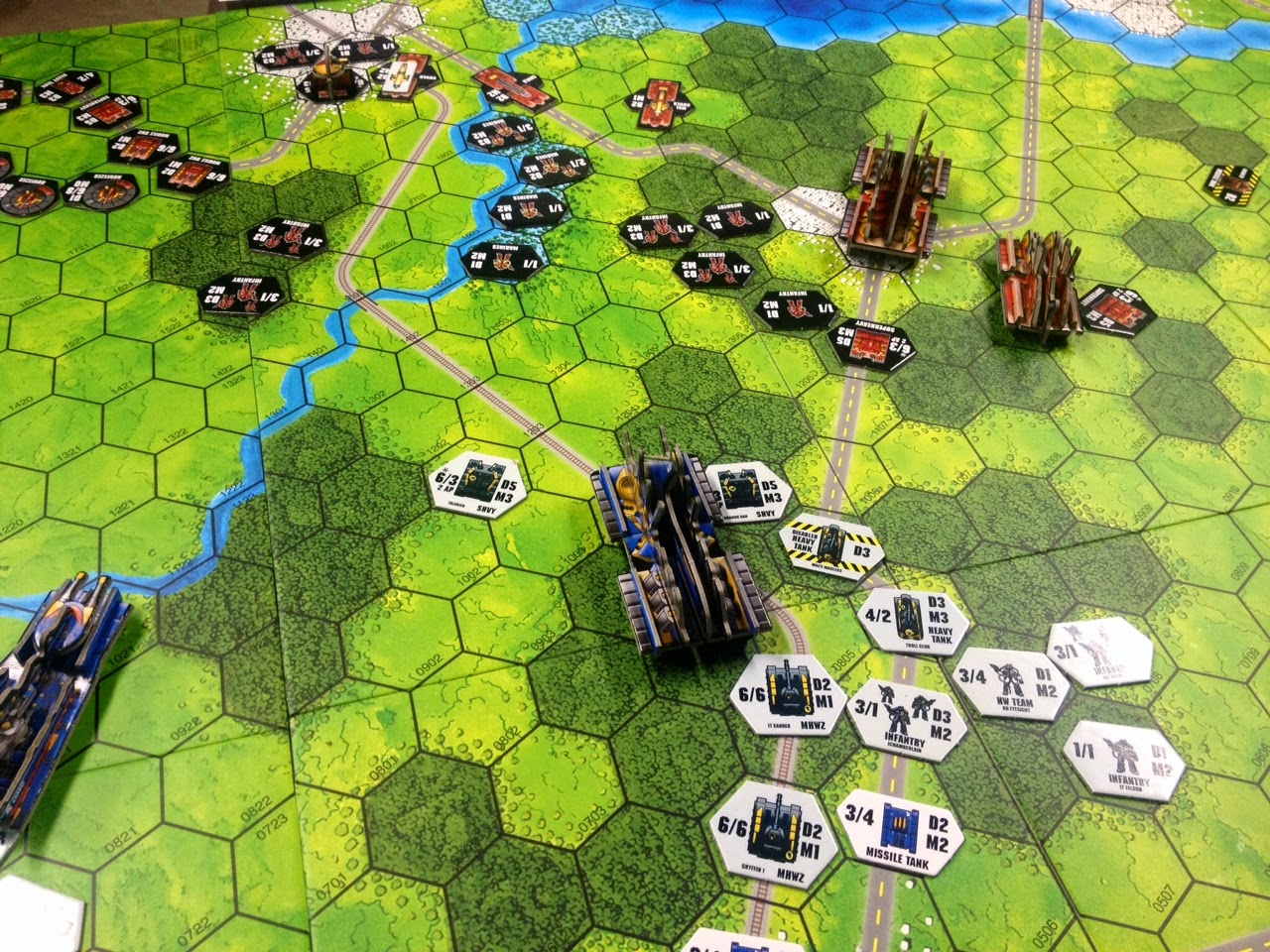