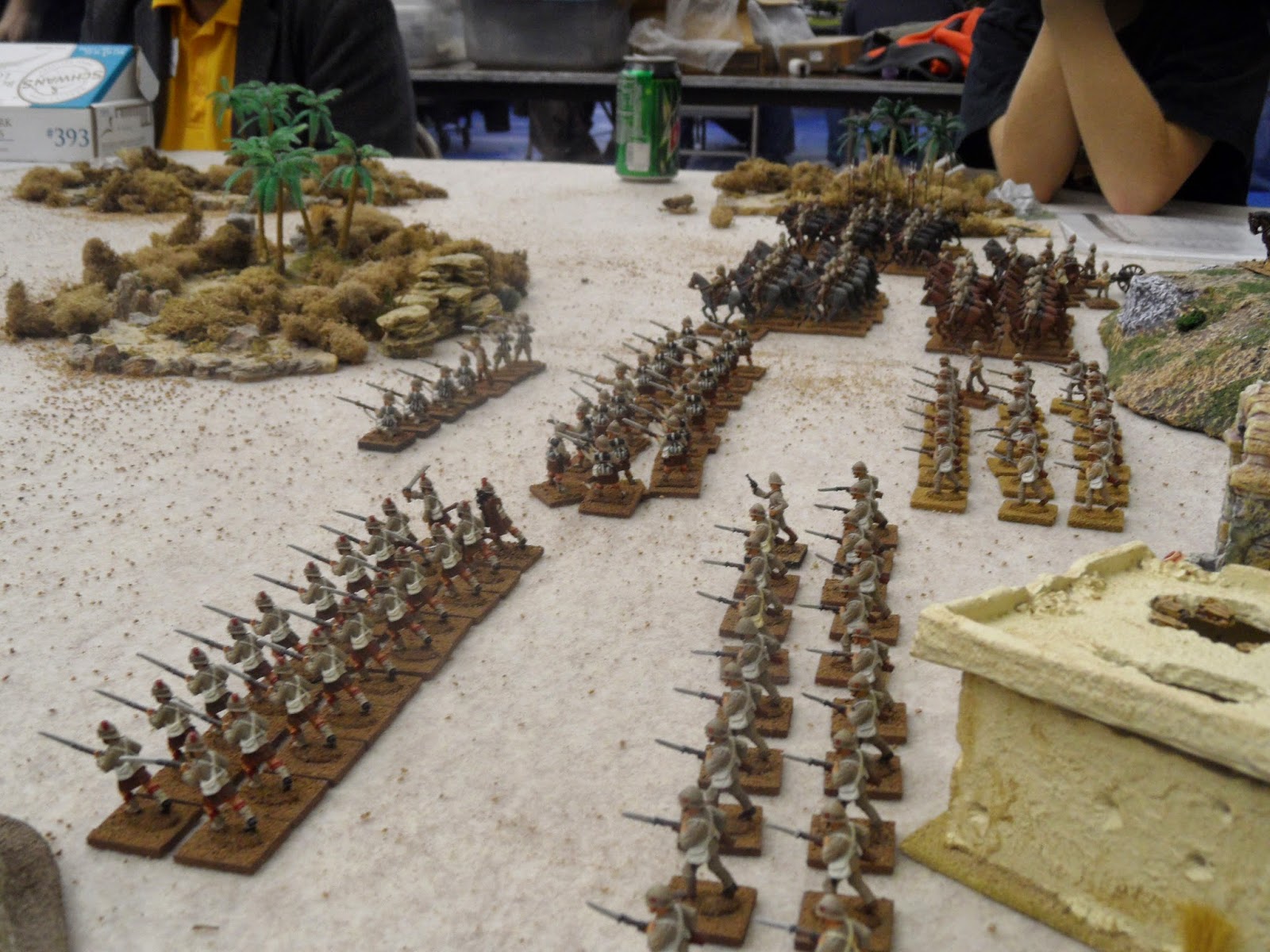 loads of lovely figures, attractive terrain
unfortunately I didn't get a chance to find out about the scenario,
the players seemed to be having fun
Read more »
Posted by Anton Ryzbak at 9:40 AM 1 comment:

The (brief) Return of Ragnar

In the afternoon session of Battlefields I had the pleasure of playing in a Viking skirmish game based on the History Channel's "Vikings" series. The scenario was from the episode where Ragnar returns to find his home town over-run by his enemy's forces. I played on Ragnar's side. If the show had gone the way our game did there would be no further seasons. Again I apologize for not having the gamemaster's name, he was affable, erudite and kept the game moving along at a snapping pace. The rules were simple and straightforward and gave a satisfying result. Anybody with a copy of the program (or who simply knows who hosted this game) please respond in the comments so that I can give credit where it is due.﻿ 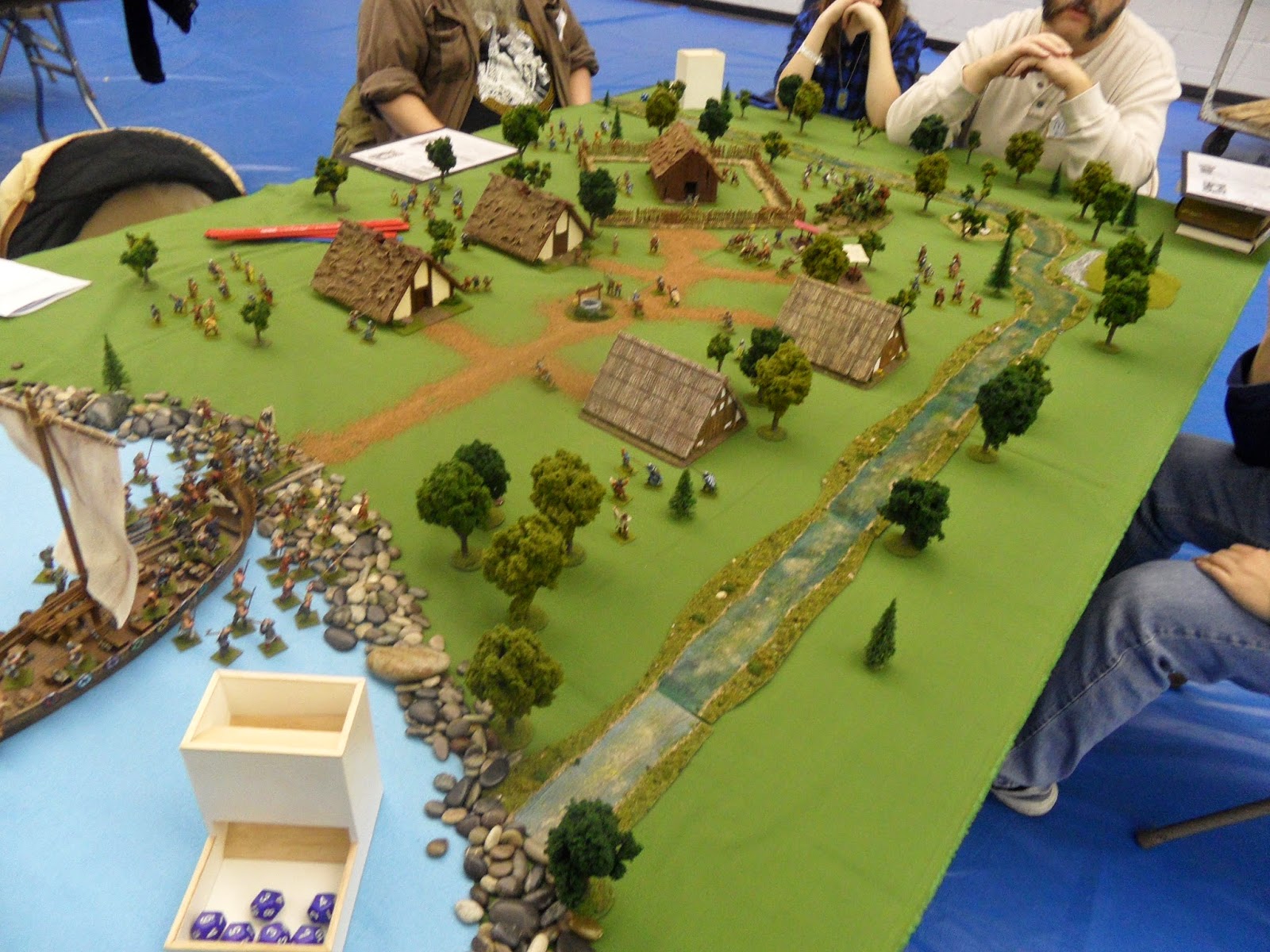 Battlefields; an after action report

So another Pro-or-Con Battlefields event has come and gone, I ran my FoW Great War game and took part in a Viking raid game later in the day. This report will be broken down into digestible sized chunks starting with the Great War game and moving along from there. Unfortunately I lost my schedule of events and am thus unable to credit some of the gamemasters that ran the games. I will try to do better next time. 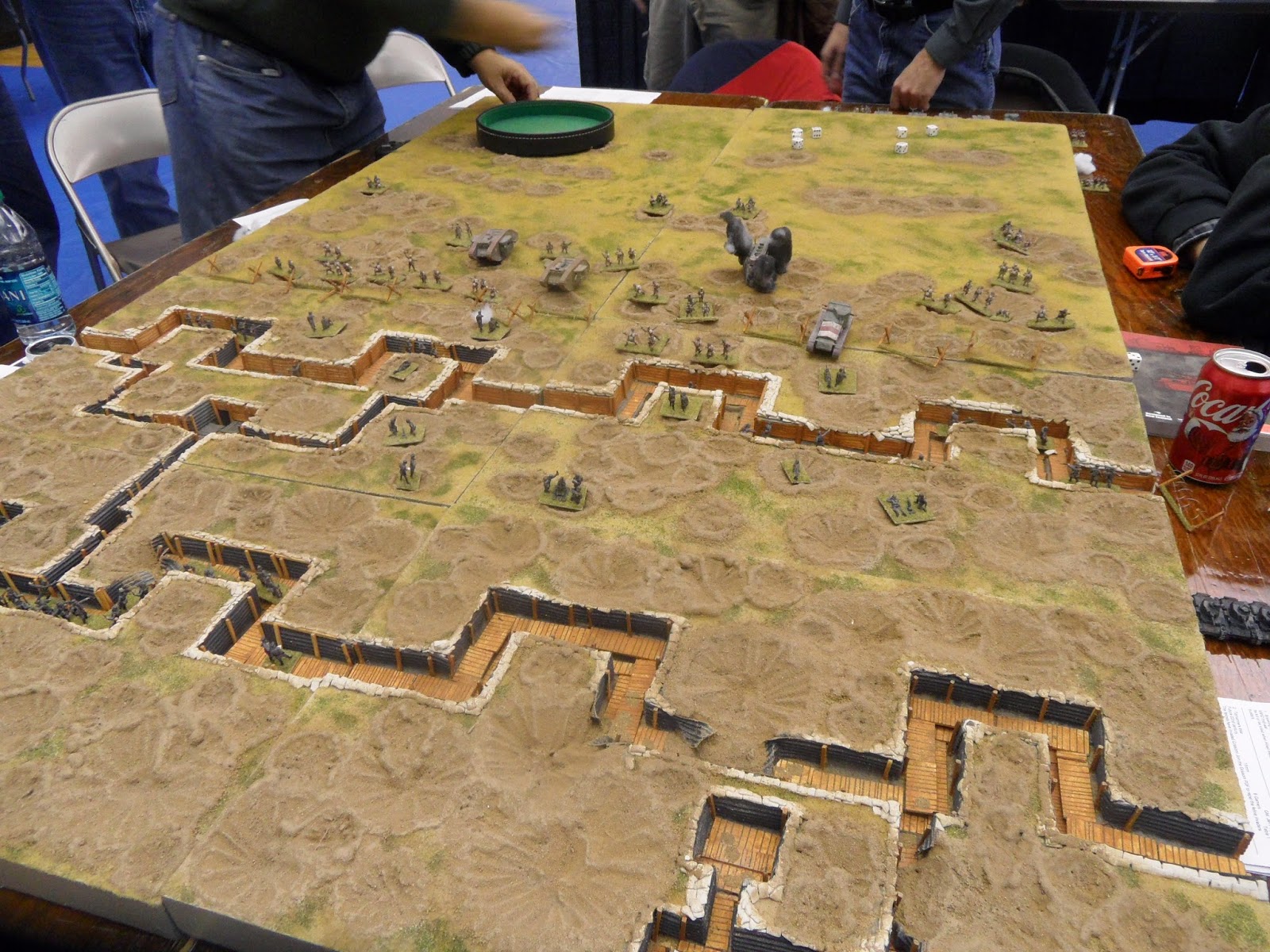 the FoW Great War game went well, with a full group of great guys learning the rules
Read more »
Posted by Anton Ryzbak at 9:21 AM 3 comments: