I (RichUnclePat) will be running a game of Fisful of Tows 3 this Saturday at 7pm at my house.

It's a very basic scenario with limited "extras" as this will be primarily a teaching game as the majority of people have never played these rules.  I will be using these rules for the modern Pakistan/India campaign that will be run some time in the near future.  SO, if you like micro armor, or just playing fun wargames, please do attend.

(The scenario is a modified version of the one that appears in GHQs modern Micro Armour®️.) 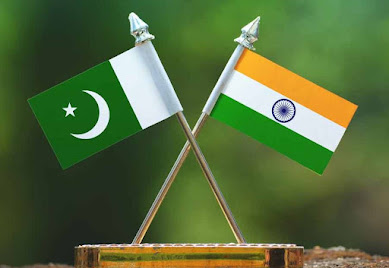 In January 1990, an uprising among Muslim fundamentalists in Indian Kashmir threatened to put an end to the delicate peace maintained by the government in Delhi since their annexation of the province in January of 1957. The Hindu government of Kashmir state resigned, forcing India to declare "Martial Law". There were furious protests from the Sharif government in Karachi. Troops were mobilized on both sides of the India-Pakistan border. There were skirmishes and some shelling of border posts, but cooler heads finally prevailed and war was narrowly avoided. Things could have gone differently. This scenario assumes they did.

On 14 March 1990 after a concerted effort by both sides to reach some sort of agreement, elements of the Indian 15th Army crossed the Sutlej River Southeast of Lahore and entered Pakistani territory. Encountering stiff resistance, they pushed West-Southwest, crossing the Multan-Lahore Railroad, and erected temporary bridges across the Ravi River (their initial objective). At this point, elements of the Indian 6th Armored Division were thrown forward, taking advantage of a gap in Pakistani lines between Jellum in the North and Lyallpur in the South. Their goal was the small town of Nuiwa-Shar and the oilfields along the East bank of the Jhelum River. Before they could reach Nuiwa-Shar, however, they were met by the Pakistani 2nd Armored Brigade, striking South from Jellum in a desperate bid to block their advance. 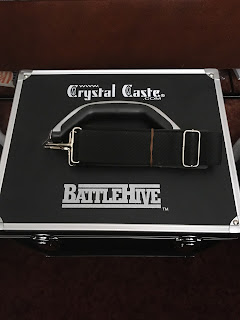 Read more »
Posted by The Housemartin at 1:13 AM No comments: 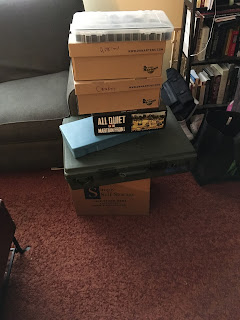 So as I have been whiling away the hours painting figures and rarely building models during the pandemic I have discovered a problem.  The more I paint, the more I need to store!  This pictures shows my All Quiet on the Martian Front collection, which I have had for some time, but as you can see it takes up quite a bit of space and storage units and this pile does not include the terrain for the game which has its own box.  Something needed to be done.

Read more »
Posted by The Housemartin at 2:59 PM 2 comments:

It seems that I have gotten caught up in a couple of projects that have absorbed my time and energies and detracted from my attention to the blog. Despite the outward appearance of abandonment things are still humming along nicely here at the workshop. I will provide a sneak-peek at something that I have been plugging away at for some time; making the Age of Sail rules more specifically adapted to the era around 1600AD rather than 1775-1815AD. This has caused to spend a fair amount of time reading (and at my age that also means a fair amount of time napping with a book over my face) and a bunch of energy testing various ideas and assembling graphics. I believe that I have managed to achieve something worthwhile in the graphics area and I am close in the rules-writing section as well. But the graphics have turned out he best so far so that is what you get to see; 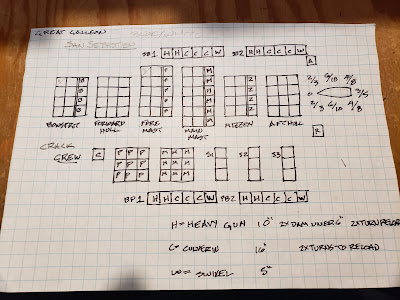 this is what a Ship's Data Card used to look like,
crude, utilitarian and rather less than intuitive in use
looking a great deal like a crossword puzzle on a bad LSD trip
One of the greatest challenges in naval gaming is that ships just don't "get sick and die" very specific things happen. Masts fall, rudders are shot away, captains get shot (here's looking at you Nelson) and magazines blow up. To reflect this there are a lot of complex things going on in the game to provide that level of granularity. This data needs to be recorded in a handy, easy to understand way. As I do a lot of demo games at conventions I have found that very often the data displays for games that are perfectly adequate for a group of experienced gamers familiar with the rules tend to fail rather badly when presented to players new to the rules system. So I re-drew them.
Read more »
Posted by Anton Ryzbak at 2:16 AM 2 comments: 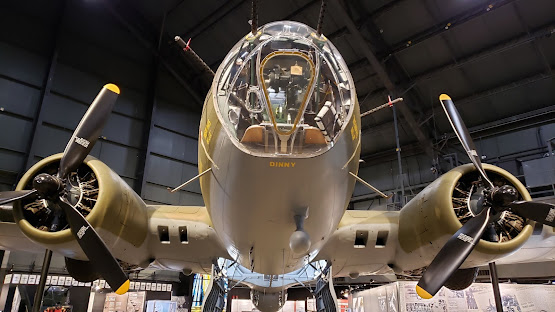 When I was a very young man I watched "Twelve O'Clock High" with the precise reliability of the sunrise. It was a TV show about B-17 bombers crews flying missions over Germany during WW2. To my young mind it was live footage shot over enemy territory. My father had to explain that it was actors and only some of the flying scenes were real. He found the movie by the same name one Saturday afternoon and we watched it together. He explained that the "Twenty-Five missions" meant that crews could go home afterwards because the job was so dangerous that very few survived to take that twenty-fifth trip.

Some time later we watched the Memphis Belle documentary about the first crew to make it a full tour. My young mind was overawed at the bravery of men who could face that sort of danger; there no place to hide in those big slow-moving birds, you simply had to fight and win, or go down in flames. So, when I came face to face with this legendary aircraft, I was humbled and awed. This was the vessel that faithfully carried those unassuming heroes safely through the chaos and hazards of war.
Read more »
Posted by Anton Ryzbak at 5:09 PM 2 comments: 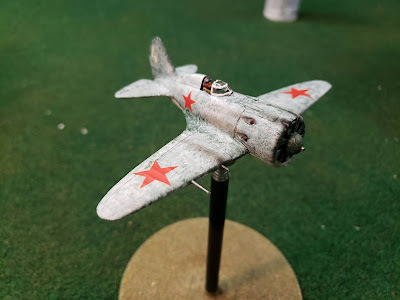 hastily whitewashed the I-16 goes on patrol looking for Finns
Nicknamed the "donkey" "Ishak" or "Ishachok" ("donkey" or "burro") by the Russians the Polikarpov I-16 was one of the first monoplane fighters with retractable landing gear to enter service. It served on all fronts with Soviet forces until superseded by more modern aircraft later in the war as well as with several other air forces, most famously with the Spanish Republicans during their civil war. This model is painted  (and built with its landing gear retracted) for use in gaming the "Winter War" between Finland and the Soviet Union. I have already done a write-up on building one of these models here.

This particular paint-job was inspired by a photo I saw of a badly faded and chipped white-wash camo-scheme, and being the looney that I am I decided to replicate the hurriedly applied, hand painted whitewash work of the Russian ground crew. 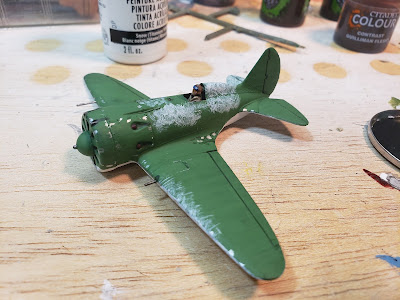 and how do you replicate a hand-painted camo-scheme in 1/72 scale you ask?
by finding your tiniest brush and white-washing your model, just like they did
Read more »
Posted by Anton Ryzbak at 12:23 PM 2 comments:

The Henschel 123 was the first dive-bomber of the Luftwaffe, it was replaced by the Stuka but soldiered on until 1944. At one point in 1942 there was serious consideration of placing it back into production ! It saw service in the Spanish Civil War where it was quite effective.

The first time I built this kit I was twelve years old, at that time it was a new, exotic import from faraway Britain and had just recently been released. My brother and I fancied ourselves "modelling mavens" and we had graduated from shiny automotive colors to the "serious" look of military flat finishes (from the Testors fifteen cent bottles). At that time the molded-on struts with positive location holes in the wings was considered new and avante-garde and made the model a darned sight easier to build. At first we thought that it was a Great War aircraft (it WAS a biplane after all) but, after diligent inquires at the local library, we discovered the Spanish Civil War and all it's attendant issues. The original kit went together like a dream, and nearly fifty years later it still did.

Best of all the ancient decals worked just fine. I decided to recreate my first build of this kit (long ago sacrificed to the ravages of the pellet rifle) and use the SCW decals. The kit  builds fine straight out of the box and is very basic so I wont bore you with the assembly details.

Seeking to upgrade the look of my recently finished aircraft models I decided to give them a little weathering (to get that "combat veteran" look as opposed to show-room). I tried to find my old weathering kit but it had gone missing so instead I went to Hobby Lobby and bought some new pastels, a set of blacks and grays and another of earth tones. With a sale going on at 50% off they cost me in total seven bucks. Assuming I don't lose these as well I'm set for life. 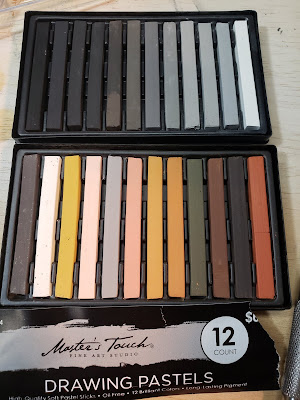 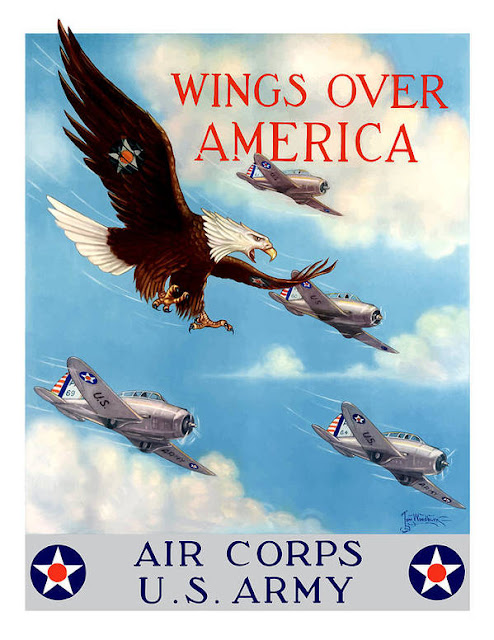 Following on from Part I and Part II we have come to my favorite era. The fumbling experiments are part of the past, the fundamentals of flight are well understood and the only limits are the imagination of mankind and the technological capabilities of the equipment. Progress is moving so fast that by the time a plane gets off the drawing board it may well be obsolete. Garish paint-jobs, innovative design ideas, SPATS! Plus the aircraft looked so darned COOL! What's not to love?

Read more »
Posted by Anton Ryzbak at 5:04 PM No comments:

This kit has been in my collection since 1978 (at which time it was a fairly new kit). Since its introduction it has been manufactured by almost a dozen different companies but this is the original and best. I had just assembled and primed some 28mm Greek Hoplites and needed a break from such concerns so I entered The Vault and dug into the Plastic Mountain where I found this little kit. I had started it some time in past ages so there was only half a build which left plenty of time to get a coat of paint on it in the time that I had free. This is an excellent kit, parts fit was very good and it was easy to build. Alas! There is no pilot, I will have to round one up from the parts box.