I finally found someone that wore a color other than red, gray or blue. The Spanish 3rd Tercio wore green with red cuffs; a get-up the matches a certain Russian Guards regiment. I promptly set about painting them and in less than a week they had gotten to almost finished. The figures are 28mm plastics from Wargames Factory (now being produced by another company, Warlord Games I think). My objective is to be able to field a variety of readily distinguished units for a Imaginations  Campaign based (loosely) on the Caribbean during the Age of the Buccaneers. One thing I insist on is that all of the units be painted to represent a real historical unit, a needless restriction I know, nut one I will not bend!

You can see the fruits of my labors below. I am still looking for a unit in brown or yellow......... 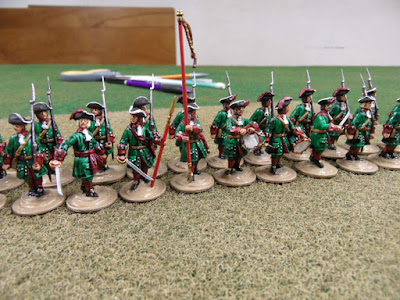 my inability to leave well enough alone is on display in the command figures of this unit,
only the flag-bearer and one of the drummers have escaped modification

Odd Things that I have found

I spend far too much time cruising the internet, it gets in the way of working on my projects from time to time.But then I find a gem of a site like this

Need a covered wagon? Don't want to spend a ton of money on what is essentially a prop? Try this:site, Need a dozen 15mm windmills and don't feel like scratchbuilding....they have them.

I have been raiding souvenir shops on all of my vacations picking up such items. I caution that some of the items are rather cartoonish and the scale is extremely variable, so buy one before placing a large order. It is remarkable what a coat of paint does for these things!

Posted by Anton Ryzbak at 8:58 PM No comments:

Lace is the Place, back to the 28mm Lace Wars figures

I pushed aside my many distractions and pulled out the last two boxes of Lace Wars infantry. This builds four more battalions of infantry once they are combined with the remains of the previous boxes. I decided that two of the battalions would be grenadiers, just to liven things up[ a bit........and to use those cool looking heads with the silly hats! A couple of hours and I had most of them based and assembled.  I have found a unit that dressed in green, but I'm still looking for a real unit that dressed in brown, I know they are out there somewhere, I just haven't found a picture or trust-worthy source. If anybody knows of such a unit please advise. 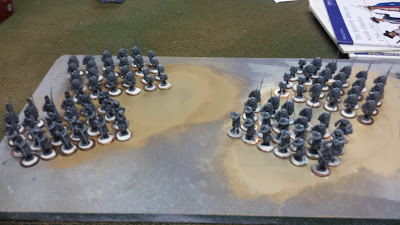 almost done, the horse are next 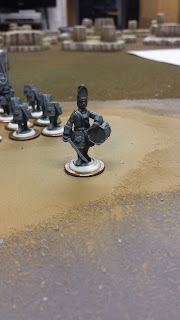 the assembly process would go much faster if I stuck with the standard poses,
I always end up modifying at least two figures per unit

Posted by Anton Ryzbak at 12:31 AM No comments:

OK, another distraction to add to my list of distractions..........I know. I know, I keep up like this and the Lace Wars project will die in the cradle. But I do so love making terrain.

R.U.P. is planning a Rhodesia game for the beginning of September and he mentioned that he needed some areas of rocky ground because the REAL Rhodesia looks like this; 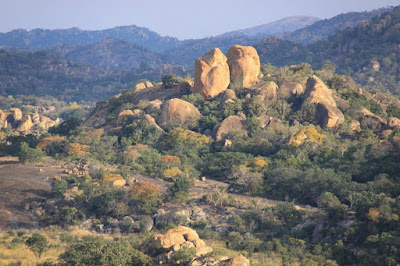 be careful kids, this is not your average table top

Being an irrepressible half-wit I immediately suggested that I would put some patches of rocky ground for him, mind you, this was before he sent pictures! I have never learned how to un-volunteer for something so I was truly stuck now. Fortunately I have tons of foam and my trusty Proxon hot wire cutter. A half hour later I had put this together; 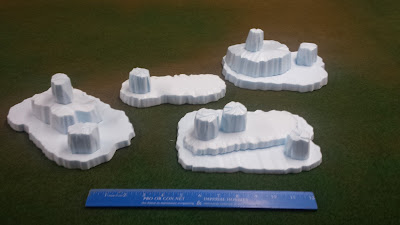 ruler for scale, I was going to put a model of Louis XIV on the table
but at the last moment backed away from the pun

I sent R.U.P. a picture and met with his approval so I kept at it and added a bit of paint ending up with a few areas of rather rough ground looking like this. 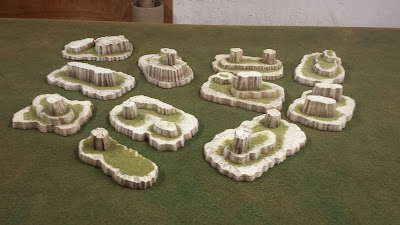 hartdly an exact match
but the wee soldiers need to be able to stand upon it after all!
Posted by Anton Ryzbak at 11:02 PM 2 comments:

I spent the afternoon making roads with my eight year old granddaughter, she is still young enough to think this stuff is cool. Same materials, same techniques as before so I won't bore you with the procedural stuff. Here is a photo of the finished product, they are made on a base width of 2 inches. I am not certain that I am fully happy with these as they sit rather high above the surface. I will have to see what they look like on a mat. 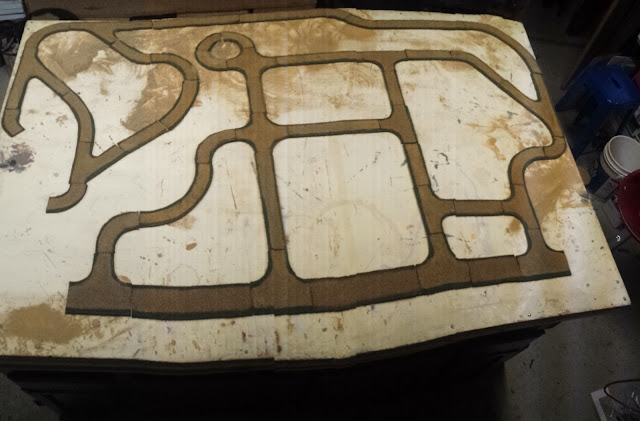 these will be used as trails in 28mm, notice the connection pieces at the bottom
these transition from 3" road width to 2" road width
the distortion is from me using my cell phone camera in "panoramic mode"
while standing unsafely on top of a stool
Posted by Anton Ryzbak at 10:42 PM No comments: