A visit with Kaiser Willie's Boys

OK, so I promised a bit about the tank models. Too bad, I got hooked on painting the minis and pushed on and painted the German forces for the game. This was not as much fun as the Scots were, there were a lot more of them and some of the minis were, to put it politely, pretty crappy.

I used models from HaT, Emhar, Tumbling Dice and Caesar. The quality ranged from frightful (Emhar)to very nice (Caesar). For detailed reviews take a look at Plastic Soldier Review for a better look at what is available in 20mm Great War Minis (plus a look at what the minis look like still on the sprue).

So, with no urther ado we will me the Kaiser's soldiers! 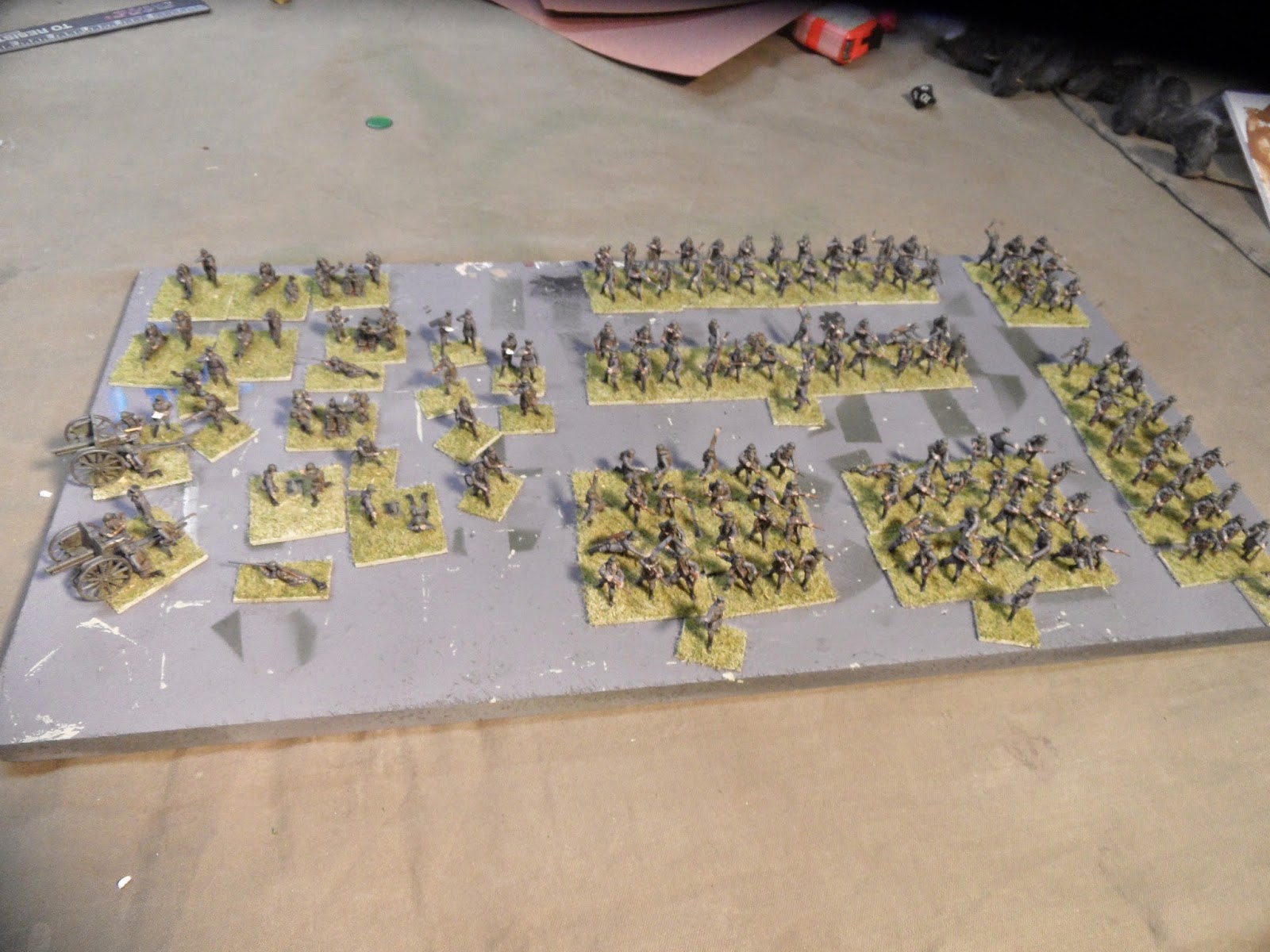 the Hunnic Horde still on the painting tray

With the release of the Great War rules from Flames of War I have finally gotten off my duff and decided to finish my WW 1 terrain and figures. I am building this in 20mm as I started long ago and 20mm had the largest selection and best prices. The figures are from Hat and Michigan Toy Soldier with some support troops from other sets.

Two days of serious painting has  provided the British contingent, four platoons of Scots with snipers, a HMG battery and a mortar platoon in support. I am working my way through the tanks right now and will post a kit review and finished photos soon. 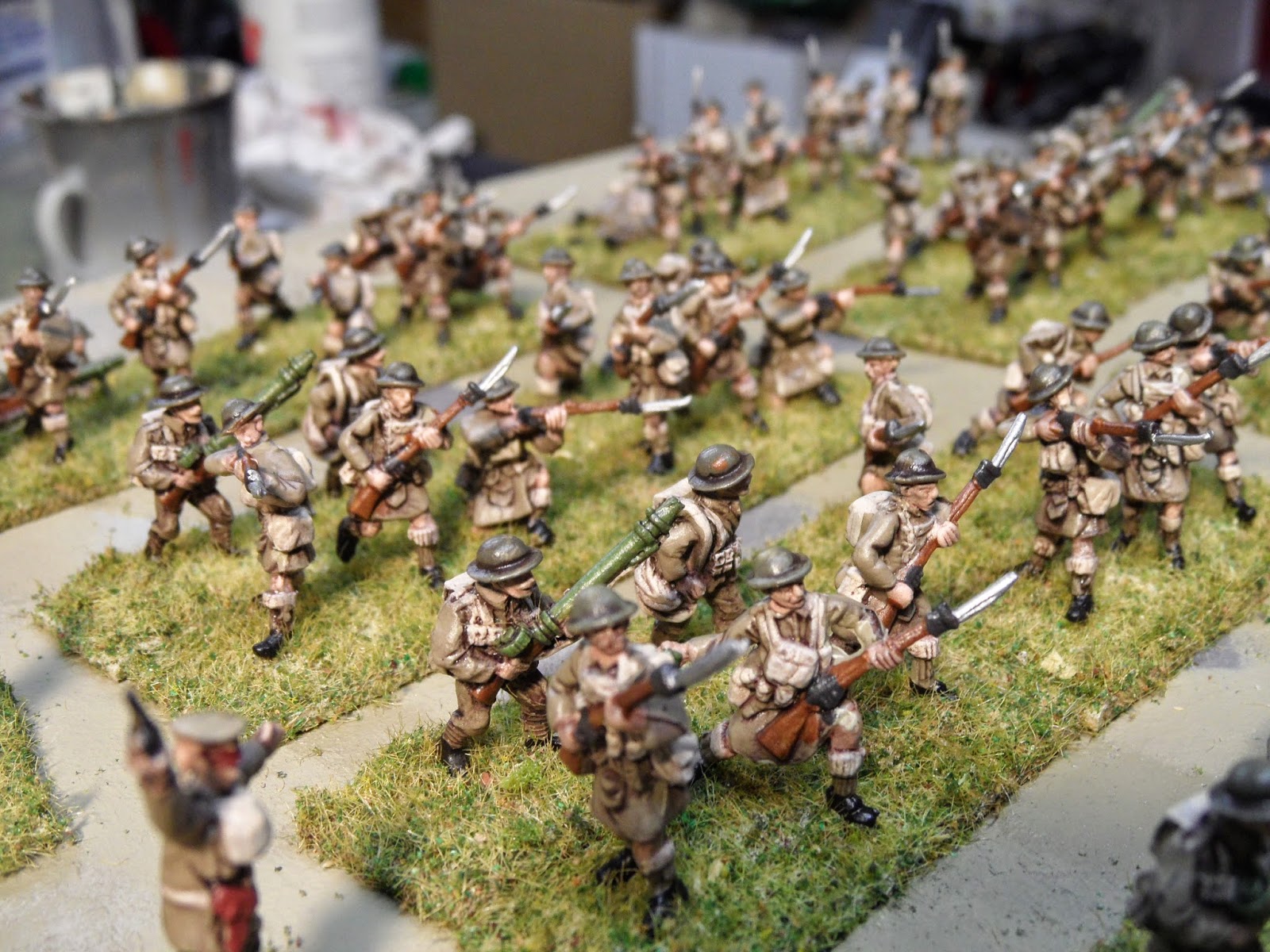 A little while ago R.U.P. asked me if I had a tramp freighter in15mm, or failing that, if I could build one from a stock hull I might have lying about. The closest I had in models was a 1/200 scale Heller kit of a trawler, it was clearly not going to fit the bill. I dug out one of my pre-fabbed hulls to see what I could conjure up.

A quick Google of "Tramp Freighter" provided a good indicator of the look that I needed. A few minutes later I was trying out some positions for deck-houses and the next thing I knew I was painting a model boat. I think it turned out OK. 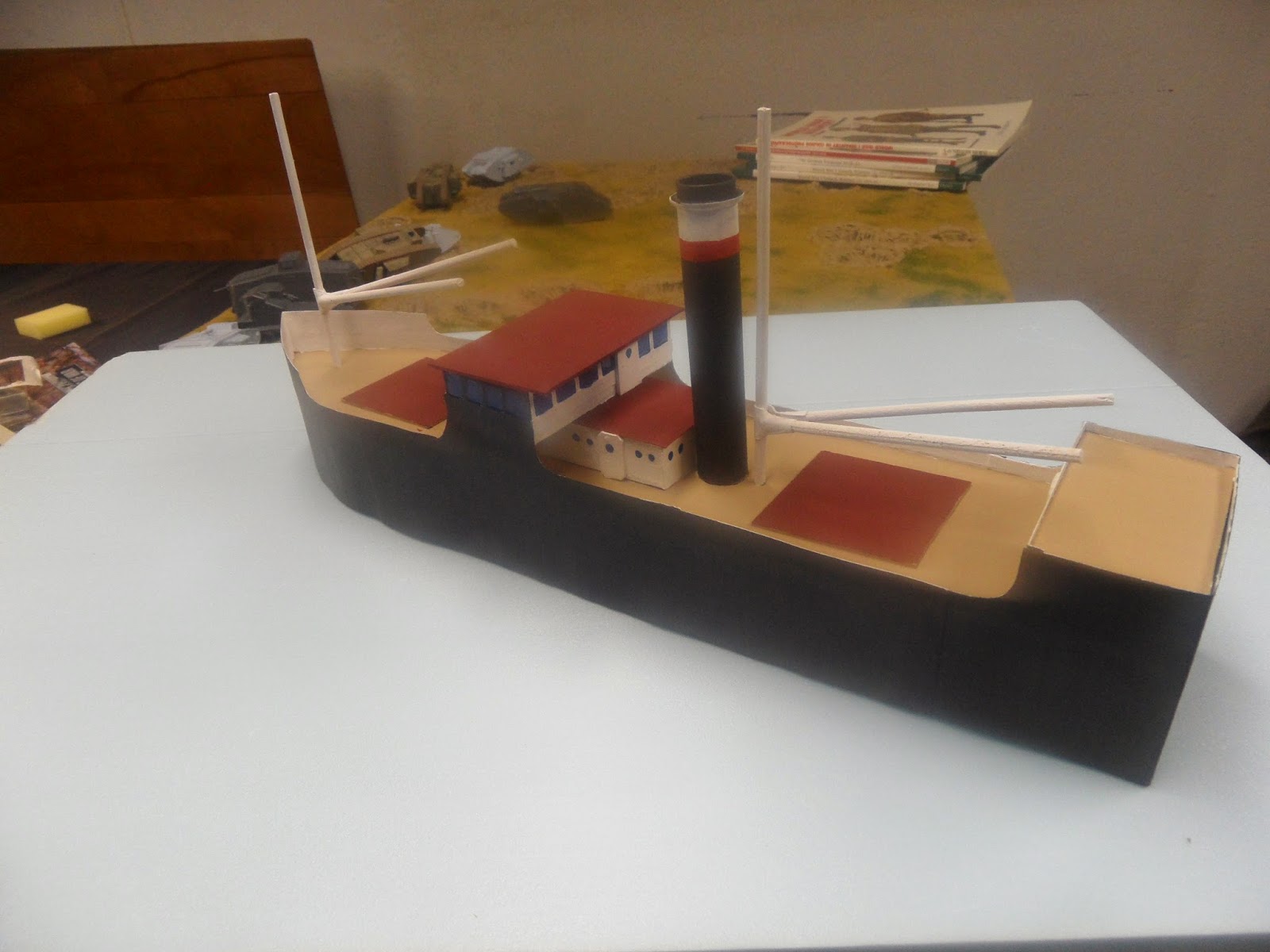 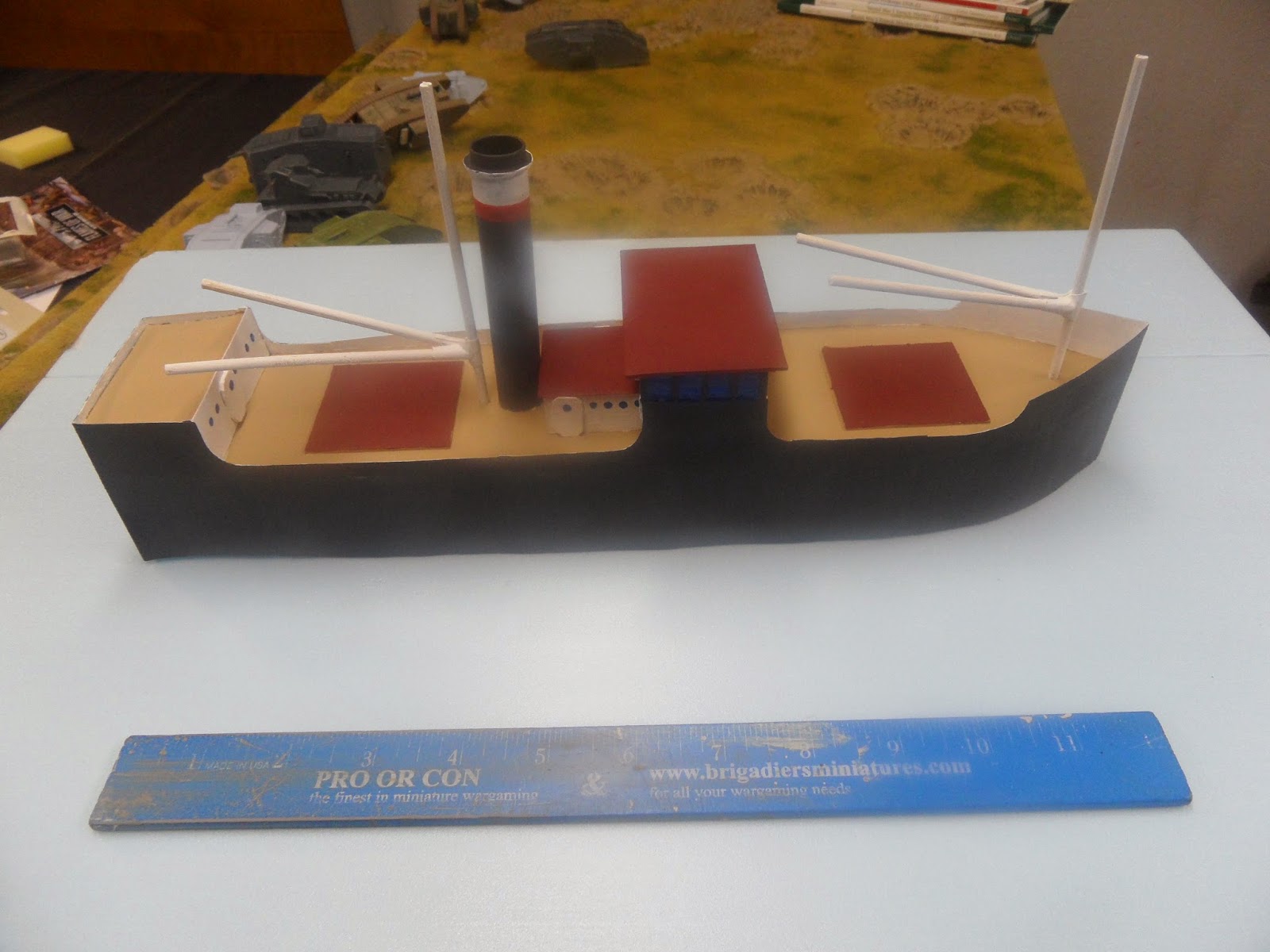 Currently she is lacking life boats, davits and a host of other deck fittings, I will check with R.U.P. before I add any further details.﻿