Brad Northrop brought his Crimean War 28mm game the con, and it was a pretty thing indeed! I wasn't able to participate as I was involved in another game but I did get some pictures. Enjoy! 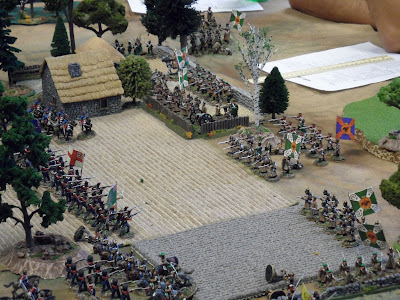 one of the last European wars where they used flags,
I miss flags 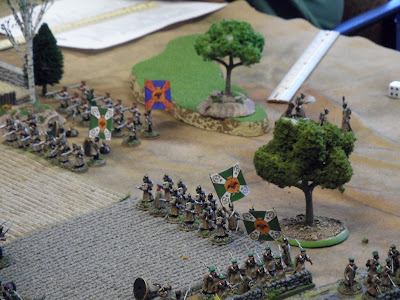 For the first time in ages I chose not to run a game at Pro or Con. This left me free to play in a couple of games and spend some time checking out the dealers and the flea-market (bring & buy for you Brits out there). Rather than try to pick and choose between the many good games and dozens of photos that I took I have decided to break the report up into a few separate posts.

I had the pleasure of playing in Ray Bramer's World War One trench attack game. I have always enjoyed Ray's games that he brings to the con; nice effective terrain and hordes of well-done minis combined with a simple, easy to play rule set that gets things going right away and keeps you on the edge of your seat until the last turn. This game did not disappoint. Click on the pictures to enlarge them. 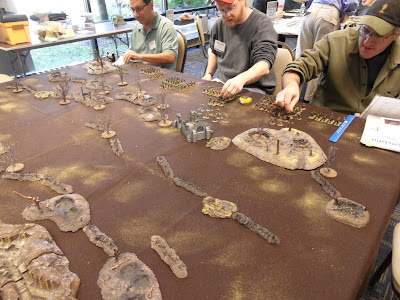 the set-up,
the Germans thought there was too much open ground,
the Brits despaired at the quantity of cover,
that means it was just right 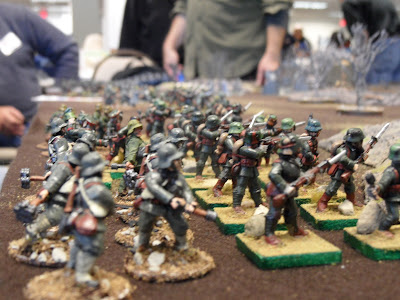 the Germanic hordes
Read more »
Posted by Anton Ryzbak at 11:09 PM No comments:

The Warstore has Point of Contact models on sale

The Warstore has announced that they are offering Point of Contact 1/100 scale pre-painted plastic models for sale at the frankly silly price of $19.95US for five models. I have some of these kits and they are useable right out of the box. All sets are five of the same type of vehicle and the same style of paintjob. They make Shermans, Tigers, SDKFZ 251s and M-3 halftracks. As with most pre-painted models they would be greatly enhanced by some careful weathering and an ink wash, but I did use mine the first time straight from the box without feeling ashamed. If you are building a US or German force for WW2 you should take a look at these.

Posted by Anton Ryzbak at 11:02 PM No comments:

The new Wargames Factory Shock Troopers Heavy Weapons set has arrived and landed on the shelves of my local hobby shop, this set adds to the previous Shock Troopers set and allows you to field a complete force up to what I assume is company level. Well molded in a light gray plastic these are every nicely detailed models with minimal mold lines and no flash. Priced at just $19.95US they are far less expensive than the other widely available plastic SF Imperial troopers figures and should prove popular. Now on to the pictures, remember to click on the photo to enlarge to better see the detail. 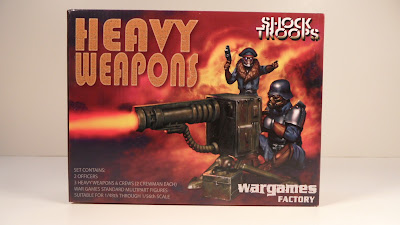 the box, the art is still pretty dodgy,
I wouldn't expect a quality product based on the cover 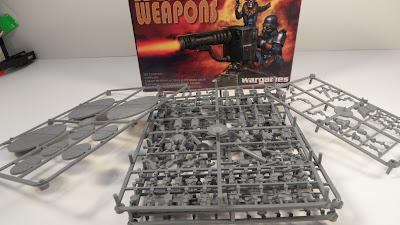 happily the contents is much better than the cover
Read more »
Posted by Anton Ryzbak at 1:10 PM 2 comments:

The new Wargames Factory plastic cavalry are out, just arrived at Michigan Toy Soldier the other day. In the flesh (plastic?) they look even better than the pictures on the website. Molded in a smooth medium gray plastic this kit offers a ton of permutations and will generate a pile of spare parts for you extras bin. The boys at WF decided to include all of the parts you might want to cover nearly every cavalry type in the 1690-1720s era, they have provided different heads, torsos and weapons so that you can build everything from dragoons to lobster-potted cuirassiers. In one box they have taken care of all but the most arcane mounted troops, a decision that makes stocking (for your local retailer) and buying (no need to decide now if you want Horse or Dragoons, you get to decide when you build them) a lot easier. Now on to the kit, as usual click on the picture to get a larger view. 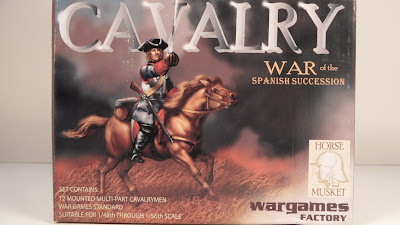 the box-art is improving,
but they still won't win any awards for marketing
Read more »
Posted by Anton Ryzbak at 7:06 PM No comments:

Once again Plastic Soldier Company has come across with a workhorse vehicle to add to their growing range of wargaming models. The SdKfz 251 served on every front that the German army was engaged on (possible exception; Norway) an was built in huge numbers. This is the vehicle that everyone thinks of when they hear "German Panzergrenadiers", it is simply iconic. I got mine from Michigan Toy Soldier Company today and shot right home to snap some pictures. Needless to say it is a beauty, and comes with a crew (this might not be as happy a news for some, the figures are true 1/100 scale rather than the blobby 15mm size that lead figure companies tend to make). On to the pictures, click on the pictures for a larger view. 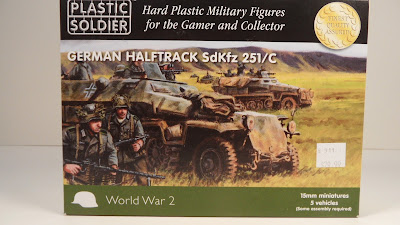