In one final outburst of gaming before my job ruined my vacation I played on Sunday. Only Joe could make it so we set to with my new favorite rule set Pikeman's Lament. Three back-to-back games in just over four hours tested Joe's new "Combat Only" force of Pikemen, Clansmen and Aggressive Gallopers fronted only by two units of Commanded Shot against my standard firepower-heavy force. Joe won the first two games, the first by a narrow margin , the second by a landslide and we fought the third "Morning Assault" to a draw. We were having too much fun to stop to record things but I did snap a shot of the draw at the end of the third game

The Morning Assault envisions a dawn attack against an enemy held defensive line with a sneak attack on its flank. Victory conditions are only achieved through the complete destruction of the enemy force or, when there are five of fewer units still on the table. We battered each other until only four Commanded Shot were left; two of Joe's and two of mine. As usual, my Leader fell in combat as did Joe's. Both survived their wounds and will be back next game. 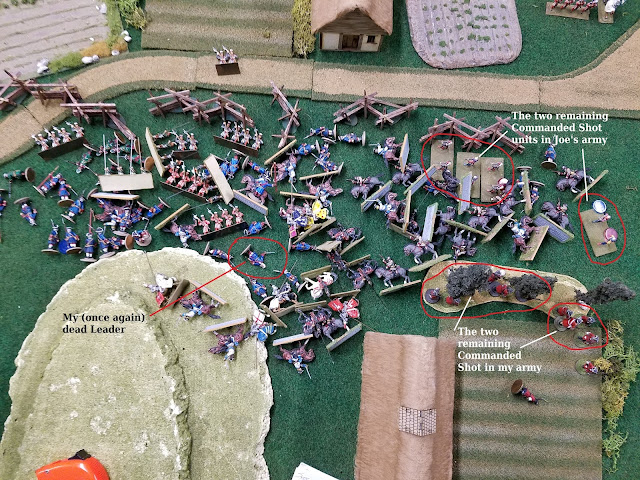 the figures were left largely where they fell showing the intensity of the fighting,
only thirteen figures on my force fled and ten in Joe's; the rest fell in combat on the field

To The Rescue, a Pikeman's Lament AAR

Having lost my Leader, captured by oldSarge's Duelist in the last battle, I was resolved to try to rescue him from captivity. I laid out the terrain with a small farm in the center and offered oldSarge his choice of sides. From there we played out rescue mission in the rule book; half of oldSarge's troops were in the and around the buildings guarding the prisoner while the rest of his force was away foraging. With great caution and stealth my troops had crept close during the night. As dawn broke my troops charged forward with a loud "huzzah!"........or something to that effect. 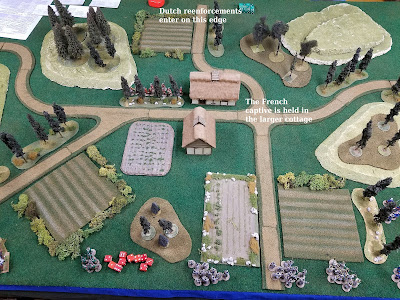 the situation at the beginning of the battle
the French troops are arriving on the near edge, the Dutch reinforcements will appear on the far (top) edge with the two building in the center already occupied by some Dutch foot
Read more »
Posted by Anton Ryzbak at 2:52 AM 6 comments:

How the Heck did I miss this?

Warning Order is a free online wargaming magazine. Loaded with reviews, scenarios, and thoughtful articles it also has the color photos that would make it a match for one of the British glossies if it were published in a hardcopy format.

Take a look and be prepared to spend some time, there are now 46 issues published.

I hate when this happens.... 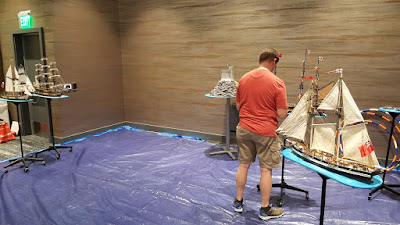 My grand plan for building a Pirates game wherein the ships sail around in an imaginary sea and the game tables are islands has already been done. And in grand style I might add. R.U.P. found this gem that I somehow missed ages ago when it showed up on Jay's Wargaming Madness blog (which is an interesting way to spend some of your free time, I might add). Check his post here for more pictures.
Posted by Anton Ryzbak at 8:19 PM 6 comments: 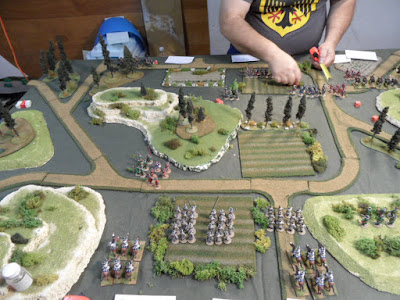 the battle begins, I had advanced the two units on my left then failed a Command roll,
this turned out to be a theme for both myself and oldSarge in this game

I just finished reorganizing all of the Perry Brothers, Victrix, Wargames Factory, Warlord Games, and Fireforge 28mm plastic minis and Zvezda and Plastic Soldier Company  kit reviews so that they link back to the original review instead of being one long run-on page. Hopefully this will help anybody looking for a particular kit.
Posted by Anton Ryzbak at 10:37 AM No comments:

Black Powder in the Mountains, Spain 1810

We had decided to take a break from Pikeman's Lament and dust off some old figures and rules for a game of Black Powder set in Spain set in 1810. 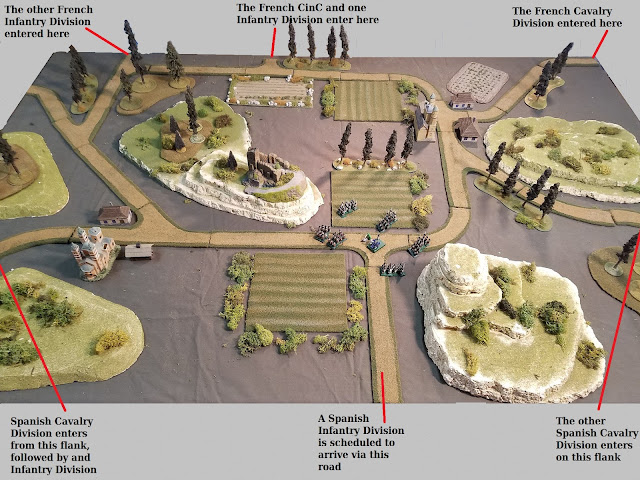 enthusiastic, but frightfully unprepared, the militia assemble in the pass

Moore had fled long ago, Wellington is lurking near Portugal and the Spanish find themselves trying to eject the French from Spain on their own. There are still significant portions of the old Royal Army operating in Spain as well as some of the newly-raised militia troops. The Spanish have decided to fortify and hold one of the narrow passes between the French armies in an effort to keep the enemy scattered. They have asked some locally raised militia to hold the pass while divisions of regular troops move into the area. With this pass seized, and a respectable sized force of Royal troops assembled, the Spanish will force the French to spend the winter short of supplies, fragmented with poor communications and surrounded by a hostile countryside.
The French, to no one's surprise, have taken exception to this plan and have moved vigorously to thwart it. The stage is set for battle.