As a companion piece to the British troops (reviewed below) I also took a look at the French Line Infantry offered by Warlord Games and Conquest Miniatures (mergers and co-op arrangements seem the de riguer these days in British wargaming circles). These are every bit as attractive as their opponents. A full 28mm to the eye and superbly cast in very fine detail they made me wish that I did not already have hundreds of figures painted in 25mm. 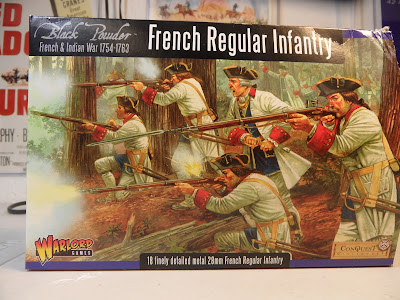 I might be the only guy in the world that cares about box-art,
but I am pretty sure that artwork this good helps sell minis,
I just wish I could get prints of the paintings (HINT HINT)

I popped by my local Brick&Mortar store the other day and was pleased to find that they had in stock some very nice new models from the ever-prolific Warlord Games. I declined to buy them, even though they were great castings, as I already have hundreds of figures in the period painted and based in 25mm. As a result you will be forced to review the models as I did, through the packaging. Not particularly satisfactory but I'm not springing for figures that I can't use out an altruistic devotion to the hobby. 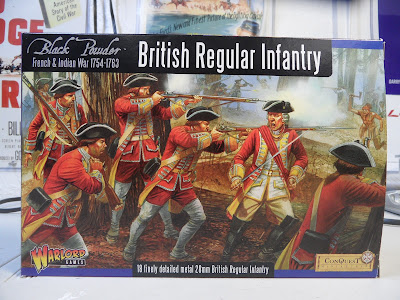 nice artwork on the front

Read more »
Posted by Anton Ryzbak at 9:41 PM No comments:

Hydra has started a sale on their lovely, very pulpy, line of science-fiction space figures. Looks like 20% off through the holidays. Check it out!
Posted by Anton Ryzbak at 9:44 PM No comments:

Freebies for Wargamers Part 1a

OK you guys, almost all of the items I put up were claimed; but only Joe, Dave and James have sent their checks for USO!  If you claimed an item but haven't sent the donation please e-mail me to say that you still want it and have dropped the donation (check, money order, postal money order are all OK, I will even take PayPal and eat the surcharges so the USO gets the full amount) in the mail. Anything still unclaimed as of Monday will get reposted. The Native American warriors are still unclaimed and are still very good figures.
Posted by Anton Ryzbak at 9:20 PM No comments: 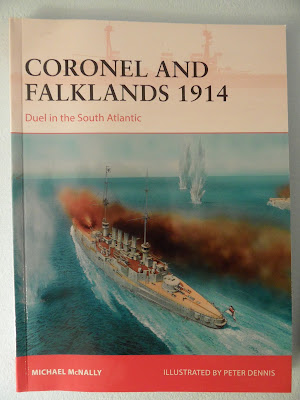 Let me start by saying that I have to admit that I have long been a fan of this campaign; there are so many "what ifs" that occur throughout the course of the story that several campaigns could be run in succession without having the same result in any of them. It is a campaign that was fought with small forces, but no entirely light forces, so you aren't stuck buying the entire Grand Fleet, but you still can use Armored Cruisers and Battlecruisers. The battlefield is the entire ocean surface of the southern hemisphere and the potential impact on the course of the First World War was significant. There is plenty of meat here for a naval gaming buff.
The book itself follows the standard Osprey Campaigns format with a short background that lays out the forces and commanders as well as the overall situation. The straightforward text is peppered with photographs and evocative period artwork. I can't make my usual gripe about bad maps as they have the ocean colored blue and it seems that all the continents and islands are in the right places. The map of the Battle of Coronel is very good while the one for the Battle of the Falklands is fully adequate. The maps tracking the hunt for the Emden and later the Dresden are fine giving the reader a bit of a feeling for the work laid out in tracking down two small ships in such a vast tract of water in an era when radio communications were often faulty or non-existent..
I do have to take exception to two of the three double-page spread illustrations that were apparently commissioned for this work; "Craddock's Gamble" on pages 50 and 51 and "In the Finest Tradition of The Service" on pages 59 and 59 are quite simply very poor. I was surprised that a prestigious outfit like Osprey would place such weak artwork in so very prominent position, using up four pages of full-color in a 96 page book. Better to have enlarged one of the wonderful period pictures that populate the other pages of the text.
That said this volume is a good starting place for someone just getting into the period and a handy "all in one spot" reference for an old-hand. Many of the photographs I had not seen before and the text is clear, laconic and moves along easily. While I am no expert in the field I did not see any errors in the text or maps. There is a good index and a short "Further Reading" section (in lieu of a proper bibliography, I have to guess that is due to many of the references being difficult to access military records or rare books from the period) All in all a worthy effort let down only by some shabby artwork.

I will give this a Recommended rating due largely to the issue with the waste of four full color pages.

The first of the Freebies

OK, I have finally gotten my furnace inspected and I am in the process of sorting things back into storage. The first box that came to hand was the one holding a bunch of unfinished projects involving plastic minis. I have moved onto other things and I know these will just never get done so here they are. The groups will not be split up and you (as an individual) can only get one group a week so choose wisely.

All other iems are gone
Unit #9 Italeri Indian Warriors 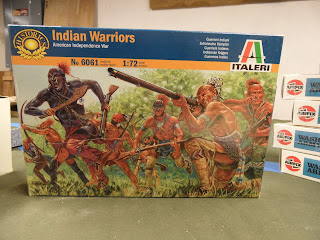 The deal works like this; you choose the stuff you want and e-mail me the information at daftrica89 at yahoo dot com with the header "Free Stuff for ME". I will confirm that you are the winner and send you an e-mail back with my address. You then go onto the US Postal Service/UPS/Fedex website to see how much shipping from Warren Michigan to your location will cost. You then mail me a check rounded up to the next highest whole dollar amount and made out to "The USO". Once I get the check I will send your package out in the next week or so. For folks that are uncomfortable with using checks I have a Paypal account, I prefer not to use it as those bandits take a slice off going in both directions and I want to raise as much as I can for my favorite charity.
Posted by Anton Ryzbak at 5:03 PM 7 comments:

This is what 1000 professionally painted 28mm figures look like 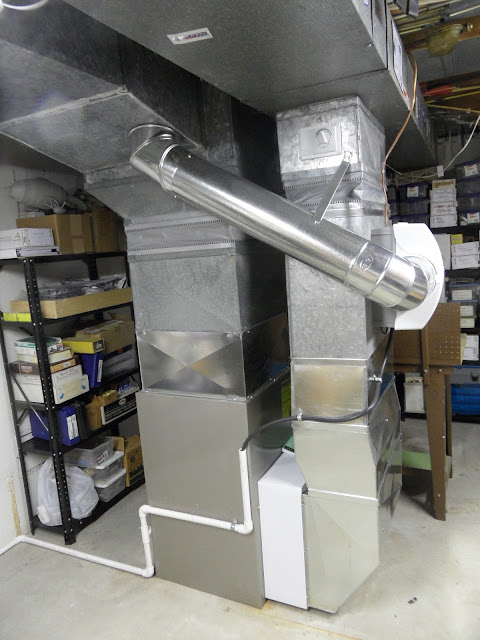 OK, OK, this beast COST as much as having one thousand figures painted by a professional studio.

There are times when I hate being a homeowner.

The worst part is that it will be until the 8th of November before the inspectors show up to give it the thumbs-up and I can finish putting my toys back into the store-room!

On the upside I have sorted through a back-log of rules-sets and will be posting them shortly for anybody that wants them.