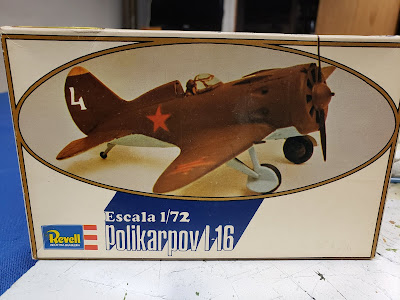 Having done too much of just a couple of things for the last three weeks I decided to jump ship and do something entirely different. I dug into The Vault and found an ancient  1/72 Revell model of a Polikarpov I-16. This particular kit had been made in Spain some time in the late 70's I would guess. The model looked to be cleanly cast so I figured "Why not?". It would be cheaper than talking to a shrink or a good bottle of bourbon at the very least. contents, the decals had yellowed over the years but everything else was in good order 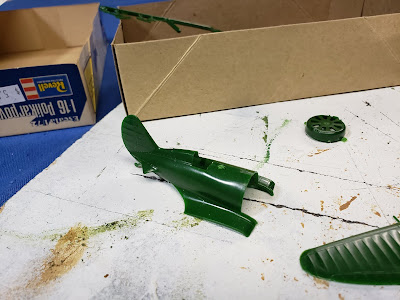 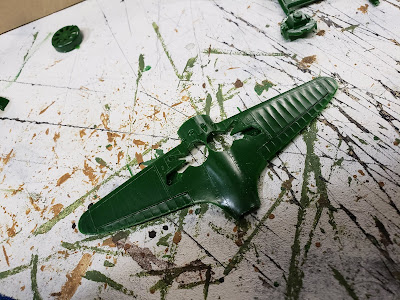 detail was very good, raised panel lines of course but otherwise it closely matched the photos 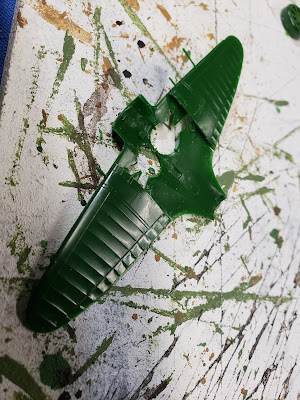 parts fit was very good, no effort at wheel well or cockpit details at all 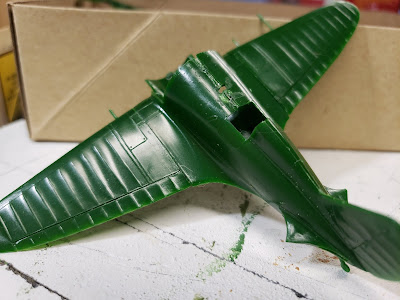 this was a fat little airplane 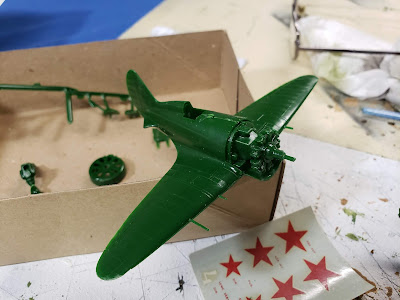 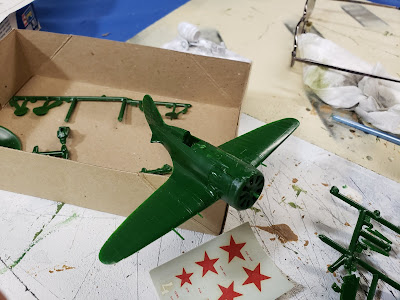 it wasn't until after I assembled the odd three-piece cowling that I realized that the designer had made it so that the modeller could build the kit with the cowling opened for maintenance,
a secret that the very rudimentary instructions failed to point out 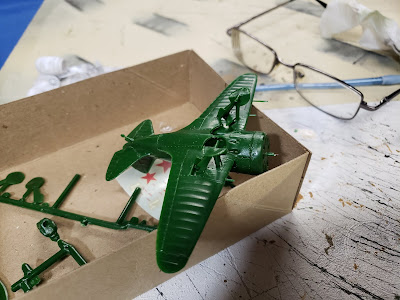 the undercarriage was straightforward but lacking much detail 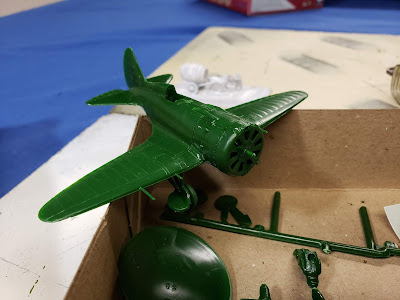 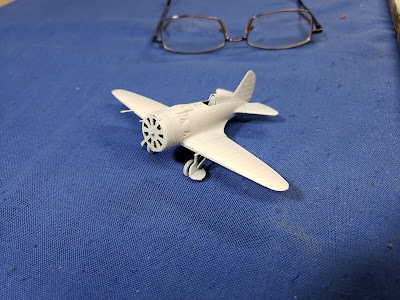 primed and ready for paint 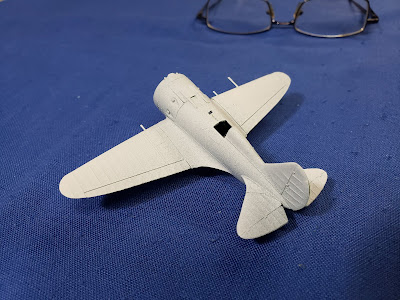 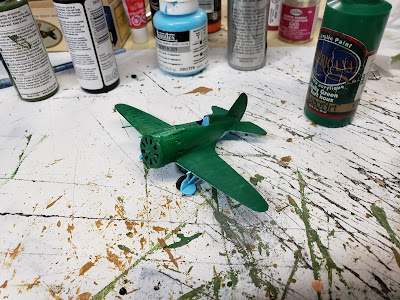 the first coat of color 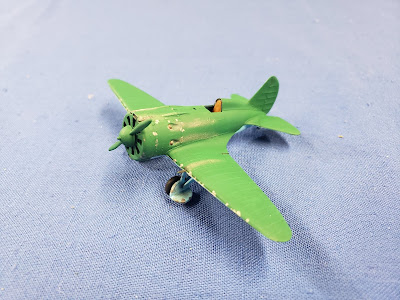 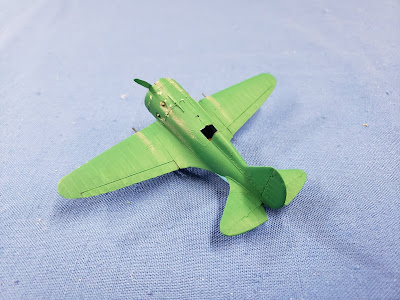 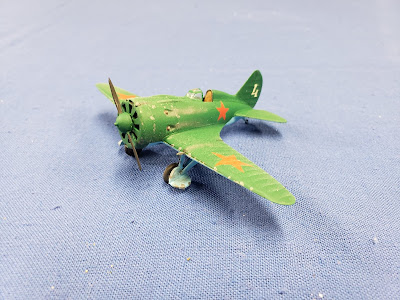 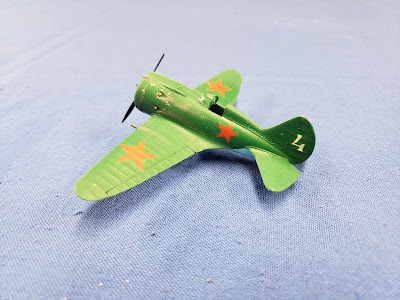 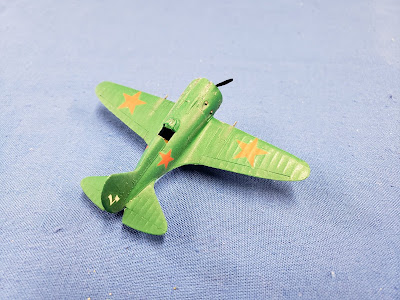 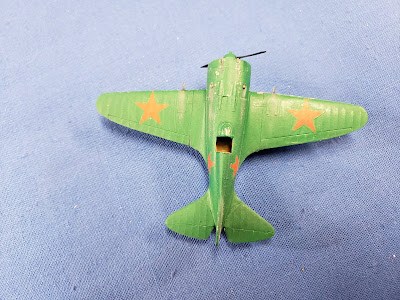 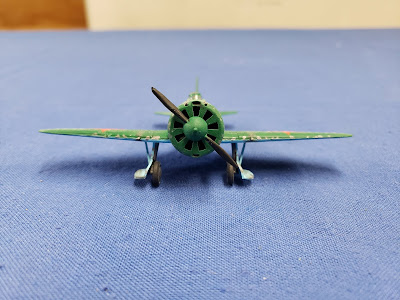 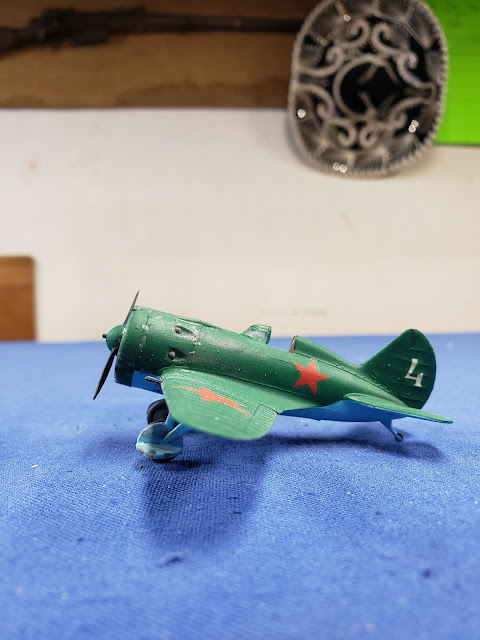 A most satisfying way to spend an afternoon. I stuck with my "straight out of the box" rule and ended up with a nice little model of one of the mainstays of the Soviet Air Force in 1940. For a model that is older than most people on the planet the kit is really rather good. Now back to work on "important stuff"............... I did spend a few hours considering picking up a copy of Check Your Six, Finns vs Soviets in The Winter War, hmmm.
Posted by Anton Ryzbak at 2:27 AM