The Last of the Big Guns

Having gotten back from Florida refreshed and renewed I sat myself down and finished painting the guns and attendant gunners and then based them and flocked the bases, all in one afternoon! This gives me over thirty guns, in a rules system that envisions maybe two or three to a side, perhaps I went a little overboard? Ah well, it is better to have too much than not enough! 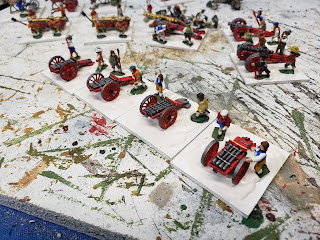 organ guns, a seemingly great idea that kept going nowhere until the 1860's 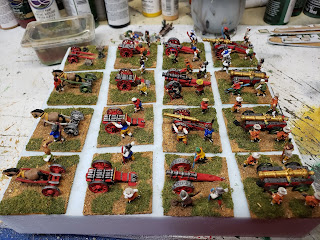 this is the last of the cannon from the TYW collection,
all that remains is about sixty Scots Highlanders and 32 Winged Hussars 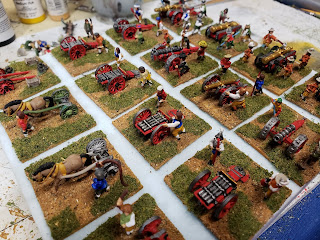 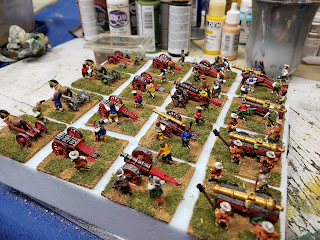 with only three limbers any sort of rapid displacement
of the guns is going to be very problematic!