Strelets R has expanded their French Foreign Legion range again to now include a desert patrol. This dovetails with their earlier release of FFL infantry. These minis are crisply molded in pale gray plastic for the soldiers and buff plastic for the camels. This plastic accepts very fine detail and the figures exhibit only the tiniest evidence of mold lines and flash. As with all the other releases in this range the proportions and attention to detail displayed by these figures is exemplary 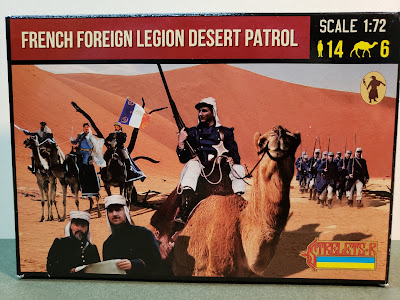 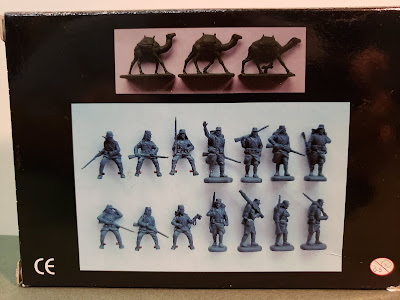 the box with contents 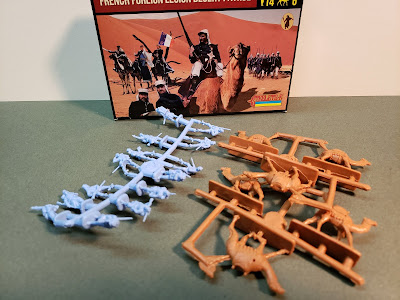 camel sprue, side A 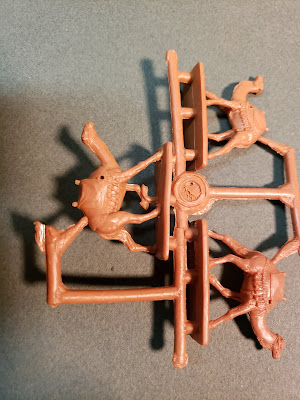 camel sprue, side B
it seems that they are using the same camels throughout this series 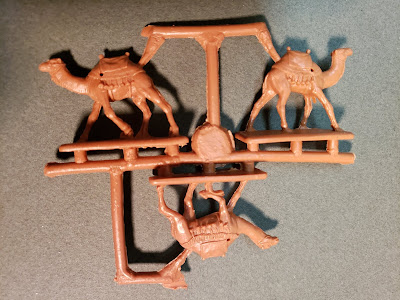 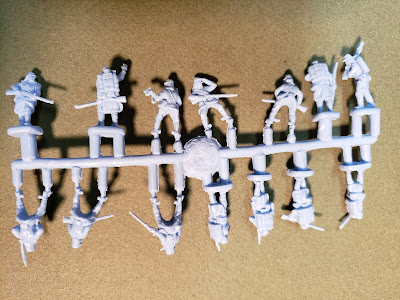 soldiers, side B
again the posing is very natural and the detail is very finely cast 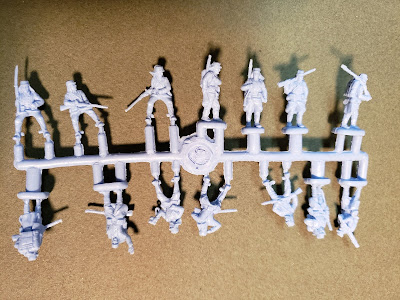 close-up of some of the detail,
I am always struck by the amount of character that the faces reflect 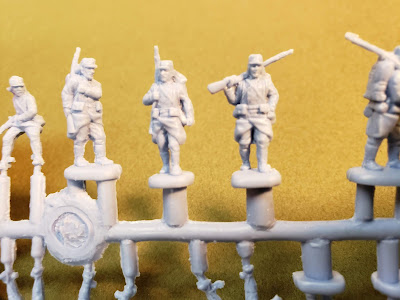 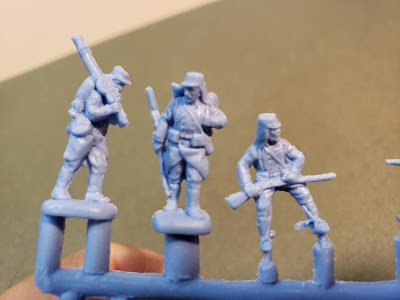 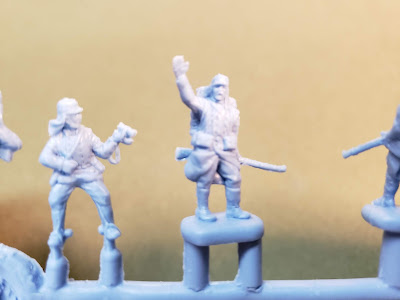 As with all of the other figures in this little range the sculpting is simply outstanding. The clothing folds and drapes to the man inside, the detail is finely cast and in proportion to the model and the sculptor's sense of people in motion is very well developed. This is a perfect adjunct to the FFL infantry set that released earlier. If you are interested in the French Foreign Legion's long involvement in North Africa this is a set you should have.

Very Highly Recommended
Posted by Anton Ryzbak at 1:37 AM