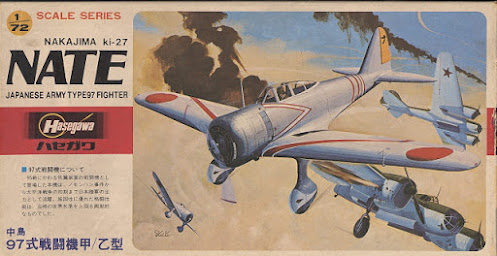 Another addition to the "Spats" collection. I always liked pre-war Japanese paint jobs, they doubtless have some recognition significance but I just like the bright colors on the pale gray background. This kit is the usual standard for 1970's Hasegawa, good outline, light surface detail which is mostly raised, good parts fit. The only concern during the build was that the hard plastic had gotten very brittle over the years and began to crack (shades of old Airfix figures came to mind). But a liberal application of superglue blocked the  cracking and things went smoothly enough. 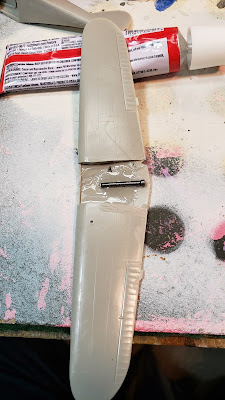 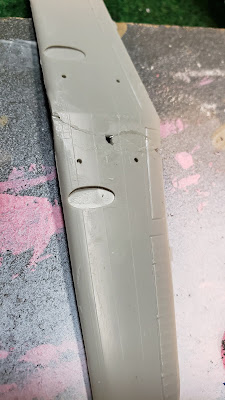 while squeezing the wing sections together cracks began to appear,
little crumbs of plastic fell away, I became worried! 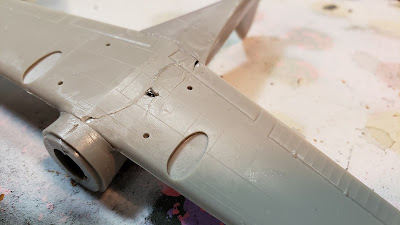 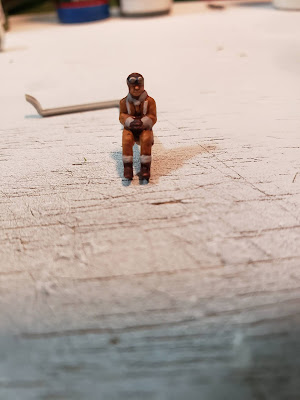 while the putty was drying I painted the pilot 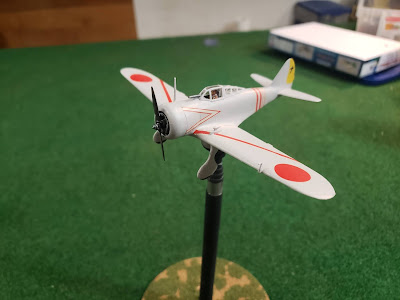 despite the problems it sure looks good finished 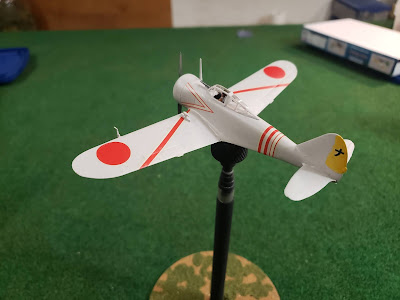 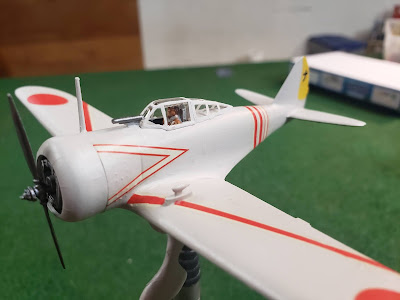 I haven't a clue about that thing on the port wing but it made fitting the decal a bother! 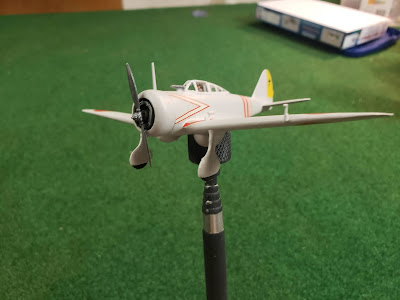 and, of course, there are spats! 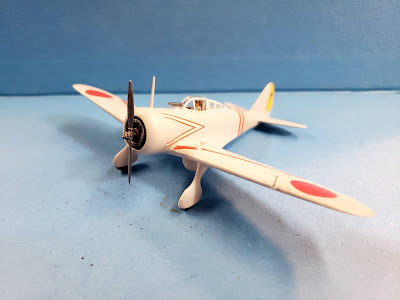 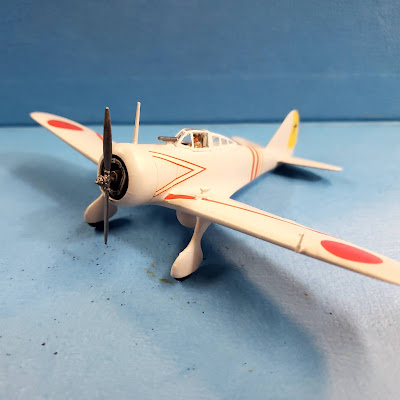 the survival of the pitot tube and antennae during gaming might be problematic,
but I installed them anyways 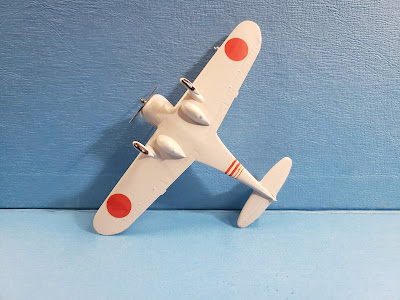 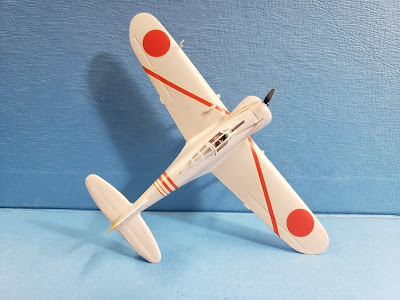 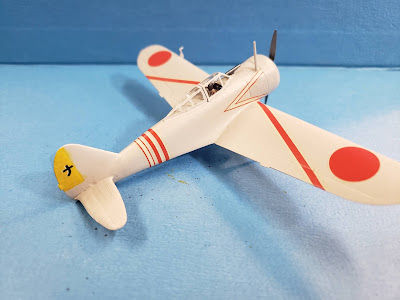 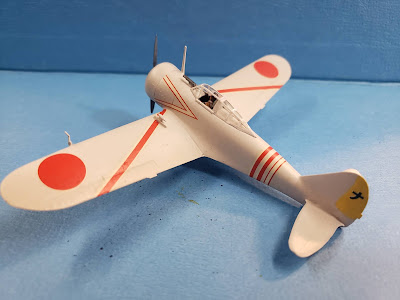 A good kit that builds easily and captures the look of the original very well. Buy one that has been made more recently than 1979 and you will likely avoid the plastic problems.