I have completed two of the eight Six-Bitters so far and (as they will all look alike) decided to give everybody a look at the new twins. 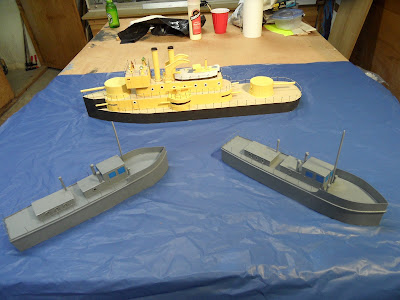 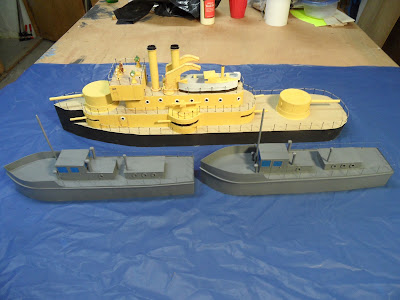 the Six-Bitters are shortened by about 15%, the cruiser about 60% 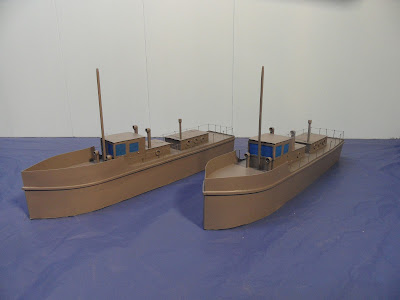 ready to sail the seas 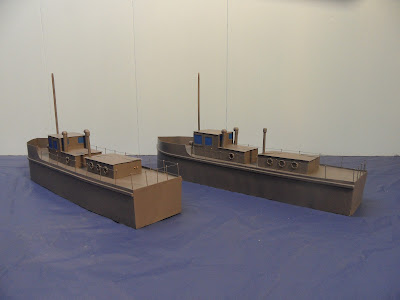 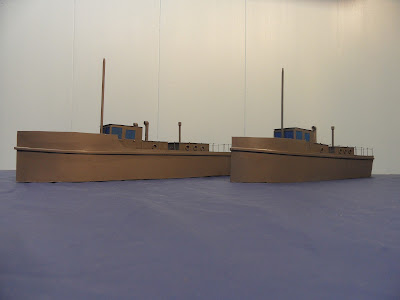 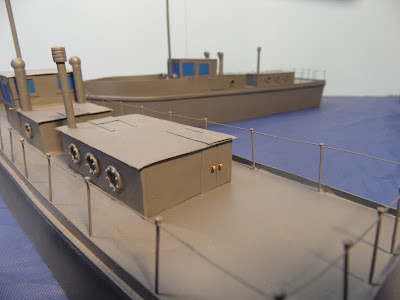 but I couldn't help myself,
the brass doorknobs help relieve the overall gray color

I have learned a few things making these models that I will be using on further projects. I am working on the article suggested by a reader asking that I detail my tools and methods, it might be a little while coming as there are a few other things (not involving blue-board) I want to complete.