The Spanish forces in the New World were a mixture of Regular, locally-recruited full time Colonial troops and militia. I figured that since I had painted French line troops, British regulars and a militia unit it was time to bring some Spanish Regular, or Metropolitan, troops into the list. They were more closely regulated, and more fashionable, than the colonial troops so I built figures all wearing the crisply formed tri-cornered hat that had become the latest fashion item for a well-dressed soldier of the 1690's. Their uniforms are a much brighter white (actually a lighter shade of gray). Next some Morenos, locally raised black militia troops, and then some more Birts and French with a careful eye to picking uniforms that can switch sides with a flag-swap. 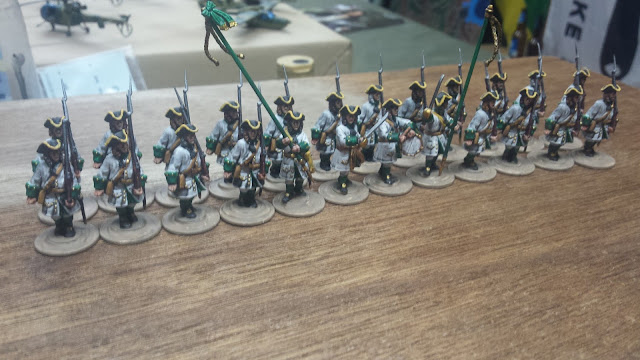 these troops could easily switch to French pay with a flag-swap , I started them in true white but the look was too clean, they got repainted in very pale gray and them washed in a very thin black wash 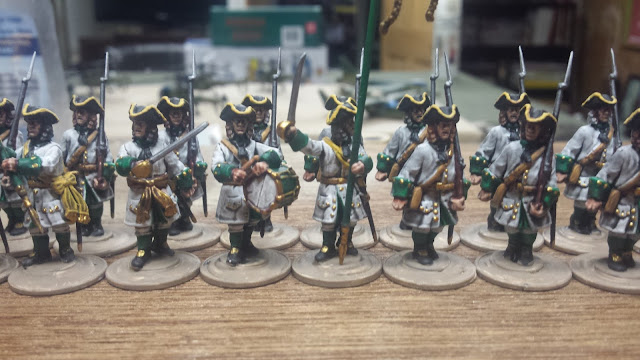 the gold buttons are over-scale, and should be brass,
but they really make a difference in the look of the figure, and I like it
Posted by Anton Ryzbak at 12:39 PM