So, I finally managed to finish my battalion of Morenos. The Spanish, while offering freedom and citizenship to persons of color, were still a painfully hierarchical society. They even differentiated between full-blooded Spaniards that were born in the colonies as opposed to those born in Spain. Needless to say they were not about to allow escaped slaves and people of mixed blood to serve next to high-born Spaniards despite the desperate need for manpower.

I painted my unit to reflect the uniforms issued to the soldiers garrisoning Fort Mose, just north of Saint Augustine Florida. This fort was established with a dual purpose; to protect the northern approaches to the Castillo de San Marcos, and to serve as a magnet to attract (and encourage the escape of) slaves from Georgia. Fugitive slaves were offered freedom and land if they adopted the Church and swore fealty to the Spanish throne. The Spanish rather cynically stationed them closest to the British colony knowing that they would fight with added vigor as surrender meant returning to slavery. 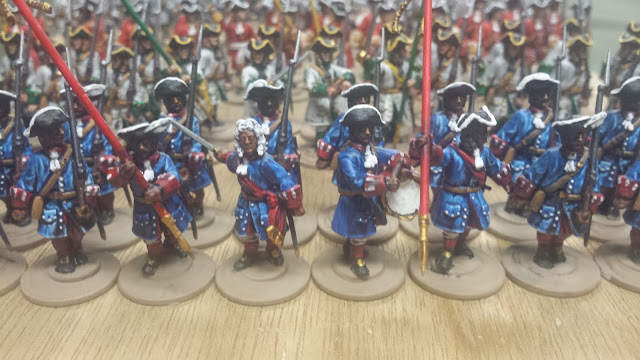 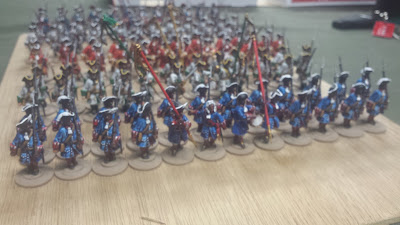 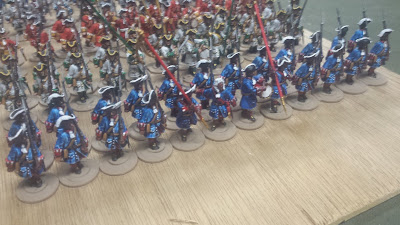 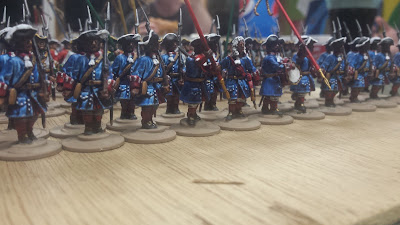