Having agreed to run a Thirty Years War game at Spartacon on 11Jan20 I thought that I had best get off my backside and finish re-basing the rest of my figures. By "the rest of my figures" I mean most of the infantry which is something on the order of 400 minis! I have probably mentioned this before but I find rebasing particularly irksome; undoing work just to re-do it!

But there was nothing left but to get started so off to the workshop I went. 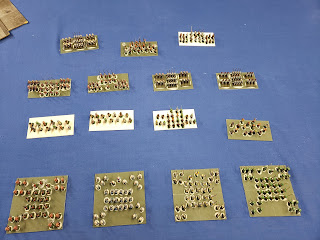 the first step was to tear all of the figures off of their bases
this was tedious but uneventful until I got to the ones that had been painted by Trunkmonkey,
he had gone to great lengths when he did these figures back in the early 90s
and had cut plywood bases and superglued the figures to them
the entire bases were glued to the larger Tercio bases 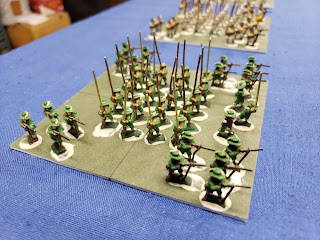 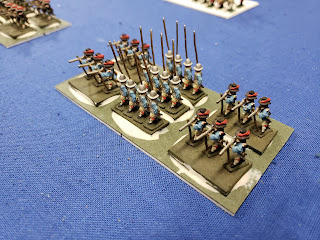 the plywood bases were simply glued over the new cardstock base 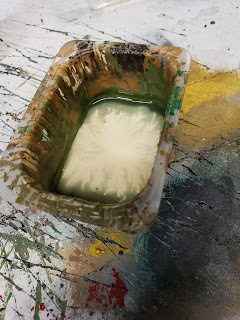 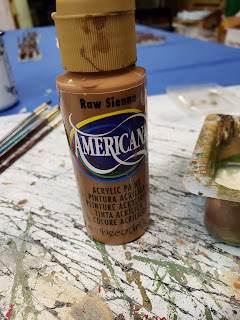 the glue dries clear so I add craft paint to the mix to give it some color,
for the first coat they get Raw Sienna from Americana 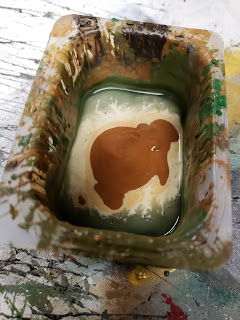 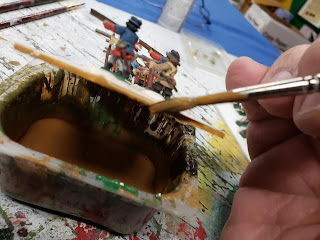 I paint the edges first 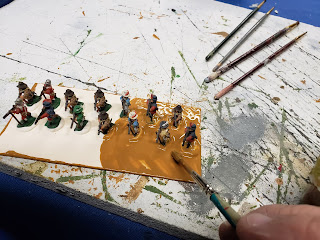 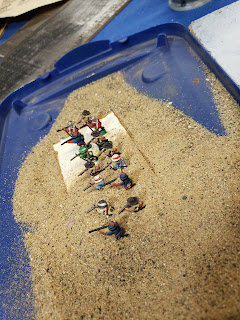 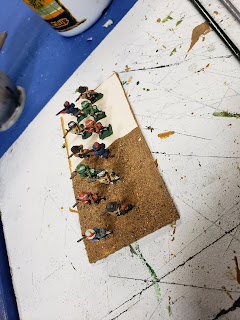 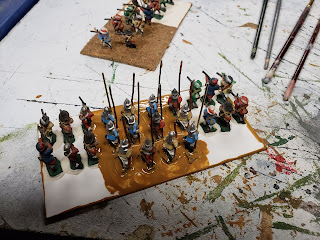 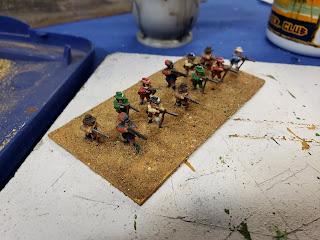 after the sand has set (normally a couple of hours are required) another batch of gloop is made using Medium Hauser Green from Americana, this is applied in a random pattern and then dusted with a mixture of Woodland Scenics fine burnt grass and short static grass 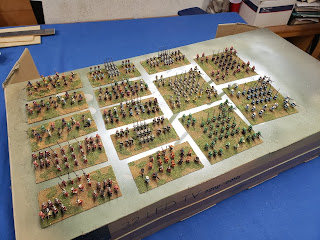 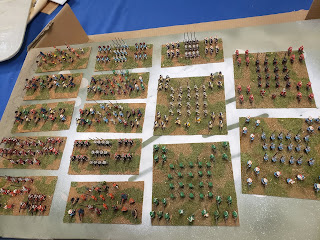