An Incident in Tunisia

It being Pearl Harbor Day I thought that it would be appropriate if we did something WW2. Pearl harbor being a bit lop-sided as a battle I decided that I would present a game based on the first significant strategic invasion n that the US undertook in response; the invasion of North Africa. 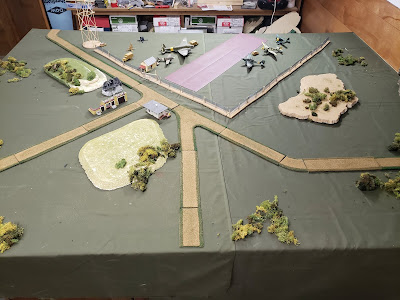 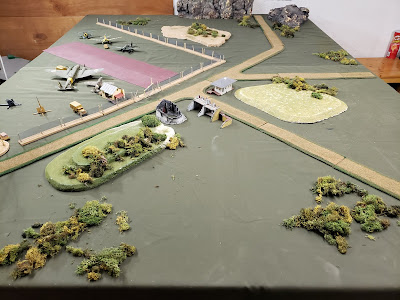 local security was minimal, but there was a weak Panzer company in the area
viewed from the North 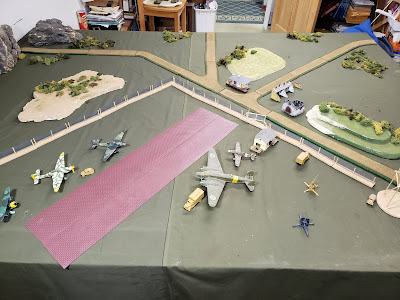 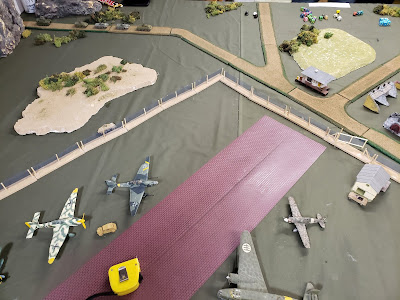 when suddenly a U.S. armored column, which had spent the night lost in the hills,
appears coming from the South-West, frantic chaotic calls are made for support
the U.S. Tankers are just as surprised, they were looking for a supply depot! 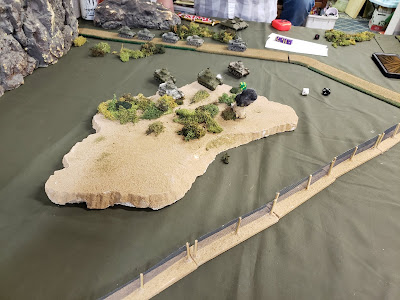 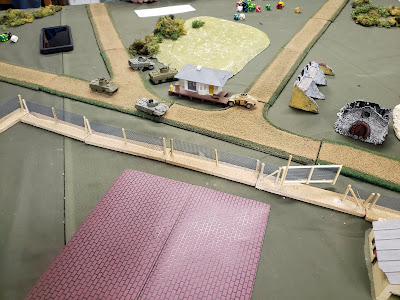 further down the road the other half of the base security force tried to take cover behind the bus depot but was soon surrounded by the onrushing Americans,
shooting on the fly everybody missed their targets 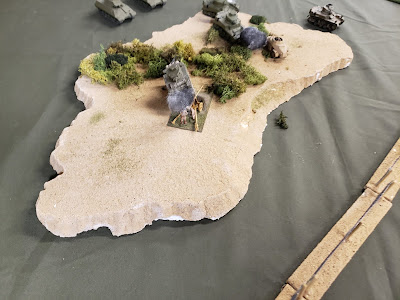 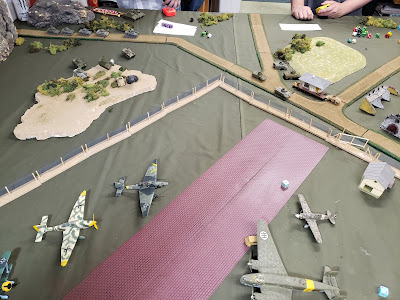 meanwhile the inconclusive firefight at the bus depot continues 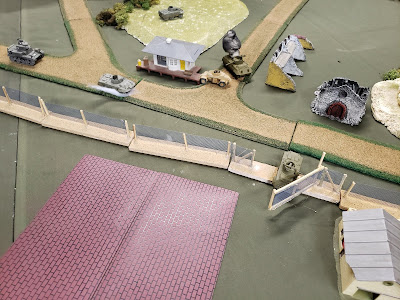 who hasn't wanted to crash through a gate with an armored car?
straight out of Hollywood! 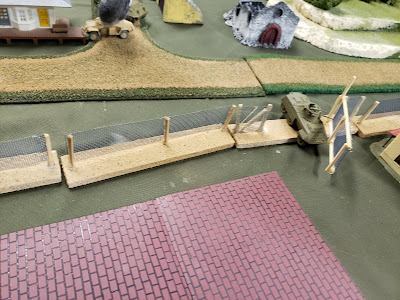 the gate didn't offer much resistance 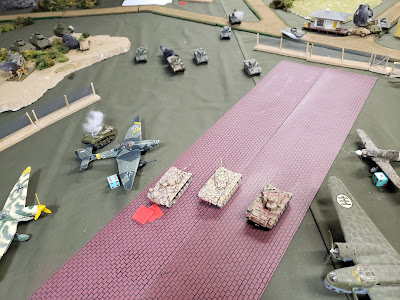 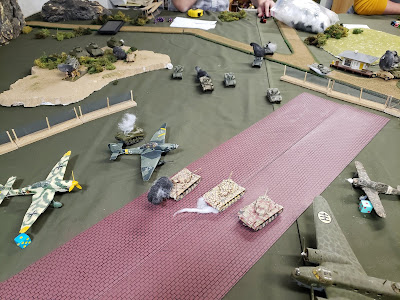 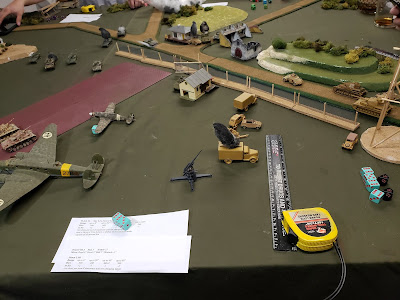 the Luftwaffe crews were now manning the 88mm AA gun,
one of the M-8s fired missing the gun but destroying the truck next to it,
the Luftwaffe troops barely passed morale to continue to stand by the gun 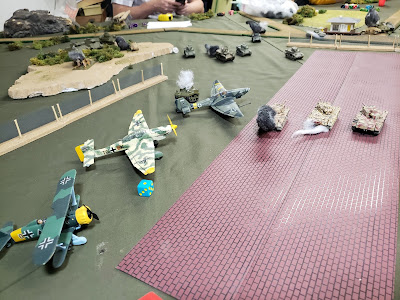 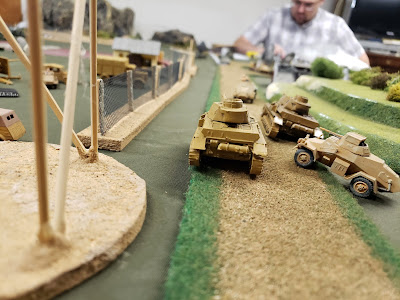 then the Panzer IVs finally arrived 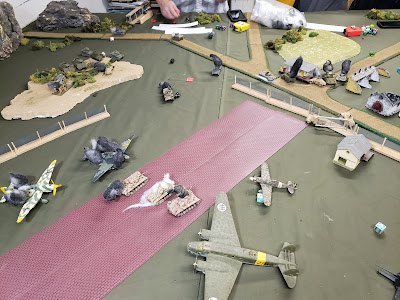 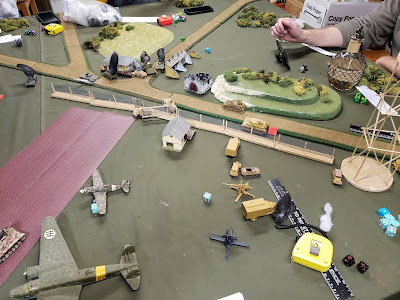 fire from the 88 and the Panzer IV was beginning to take it's toll and the light recon
forces didn't have an effective answer so the U.S. tanks and armored cars began to withdraw 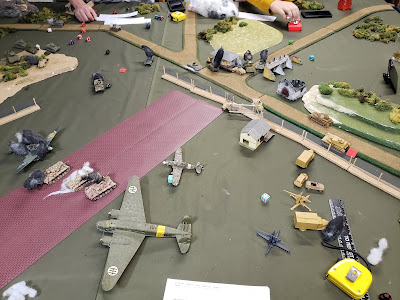 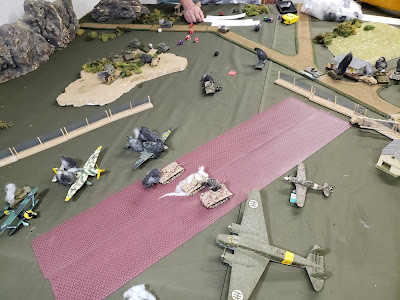 This scenario was loosely based on an actual historical event. We used my WW2 tank rules with some minor amendments. Everybody had a good time.