Spartacon dodged the weather bullet this year (much to my relief) and saw about  seventy-five gamers gather to breathe life in to the convention scene once more. With about a dozen games in the first two sessions there was plenty of games to participate in, I confess to skipping the third session as I had to drive home that evening. It was reassuring to see gamers gathering together and sharing a good time, the "new normal" notwithstanding. 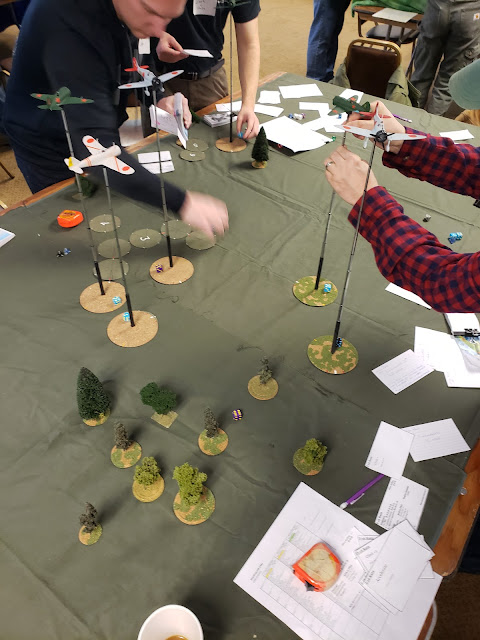 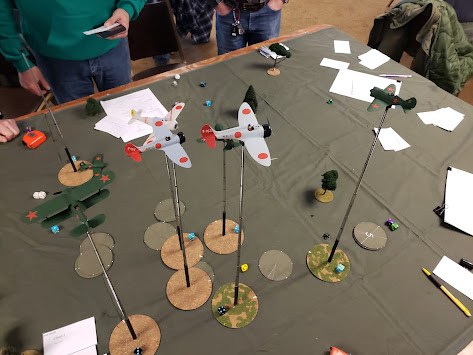 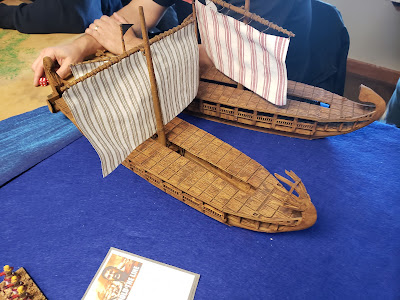 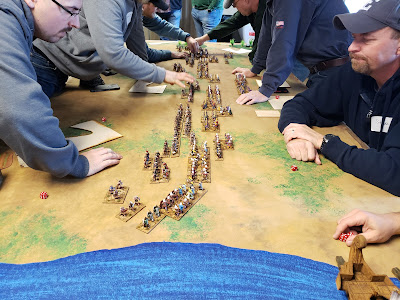 the miniatures and layout were up to his usual superb standards 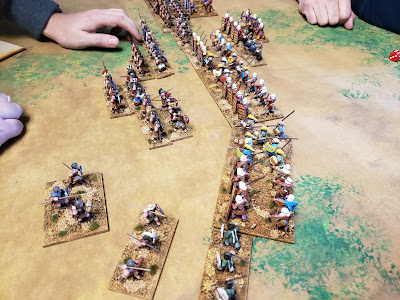 the Triumph! rules provide a fast game and a realistic outcome 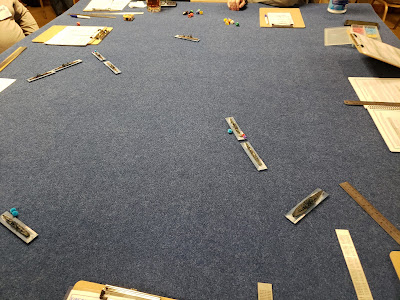 on another table we found the Japanese and US fleets slugging it out
at Empress Augusta Bay, this game was presented by Lawrence Smith 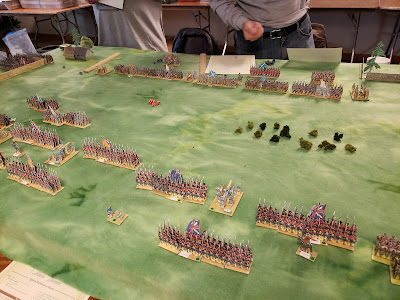 Joe Barrette presented the Battle of Culloden using Black Powder rules and
quite an attractive display of the 2.5D paper soldiers from the Peter Dennis offerings en masse they are quite convincing, up close they take me back to my childhood 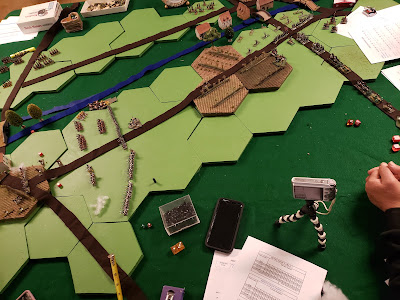 15mm Napoleonic combat, I didn't catch which game this was but
the players were intensely involved and seemed to be rather enjoying themselves 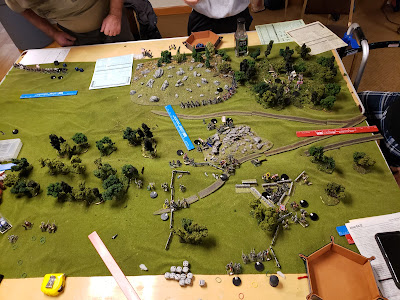 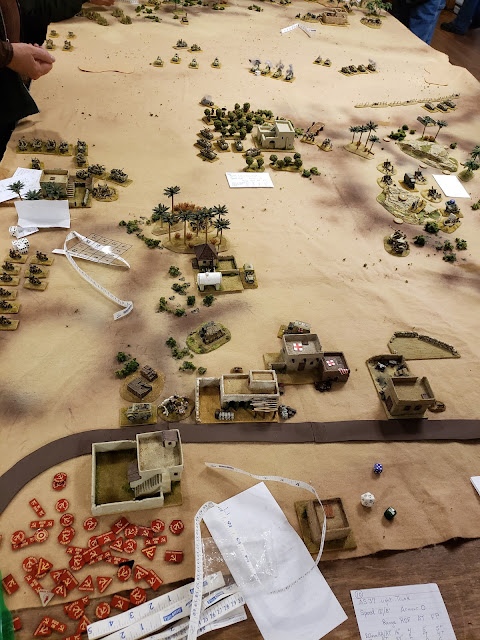 once again I was running a game at the same time that this simply lovely Western Desert game was being hosted, I think that one of these years I will skip running a game just to have a chance to take part in this, the miniatures are very well painted and the game is very very well presented 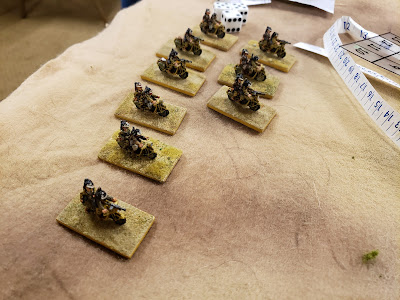 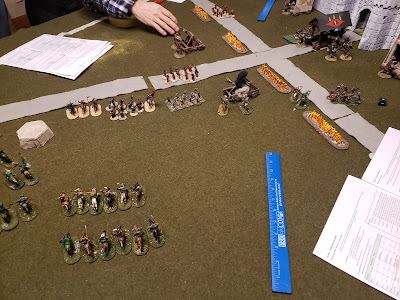 Chris Maes presented a Tolkien-based scenario
using Dragon Rampant rules and some very nice 1/72 scale miniatures
Apologies to all the presenters that I missed. There were a good many games that I barely had a chance to glance at and I am sure that I missed a few entirely. I'm looking forward to next year and an even bigger show!