Wargames Atlantic has provided the opposing forces to the Conquistadors set in the form of Aztec Warriors. As is usual with Wargames Atlantic products the miniatures are cast in a firm medium gray plastic that is nearly perfectly cast with no flash and only the faintest hint of mold lines. Inside the well-illustrated box you will find five sprues that each contain six figures, two in complete feather "armor", two more in padded body protection and the remaining two wearing loincloths. These figures are accompanied by an array of terrifying weapons; obsidian edged wooden clubs and swords.

All of the figures have the arms attaching at the shoulder which allows for the widest set of options regarding positioning. Detail on the figures is crisp with the stone edges of the weapons coming through nicely. As usual with Wargames Atlantic miniatures there is a wide assortment of heads available with fifteen heads on each sprue. These cover the various religious and military orders within the Aztec military system. Pretty much every type of soldier fielded by the Aztec Empire at it's zenith can be represented with the components supplied. A couple of boxes of these will set you up with a great skirmish force to oppose the recently released Conquistadors. Well done indeed! 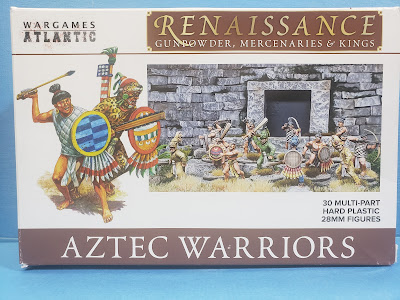 the back of the box, more nice clear images 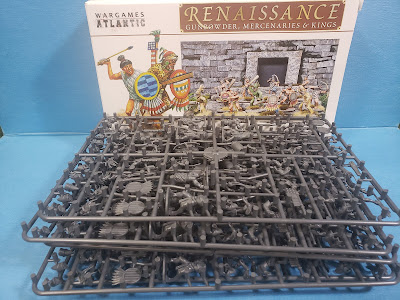 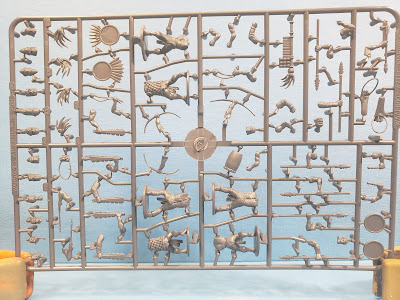 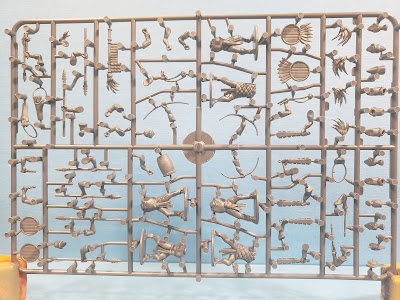 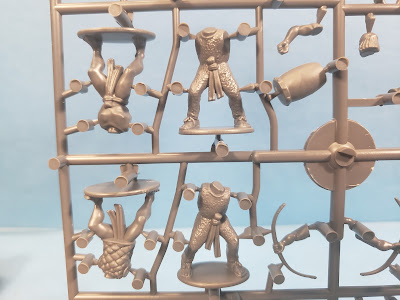 some of the warriors sculpts, nice active poses with nothing outlandish
good proportions and detail 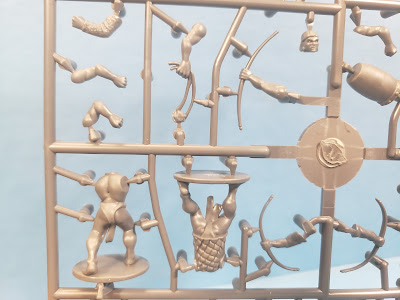 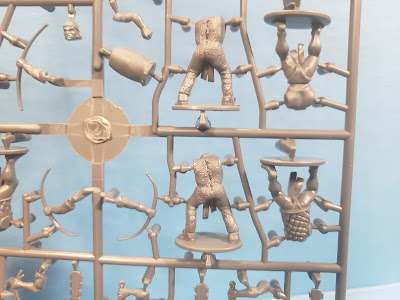 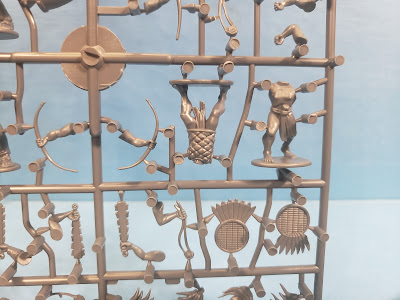 tons of weapons options, almost all of which are cast attached the arm wielding them
Bravo Wargames Atlantic, we have saved me from much fiddly work by doing that a broader view of the choices,
the strange looking flag was worn to denote status and allegiance 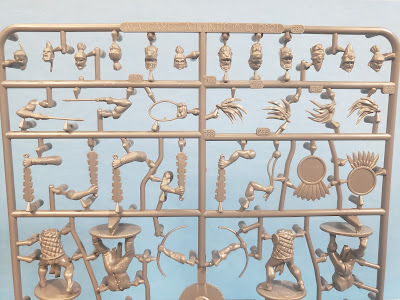 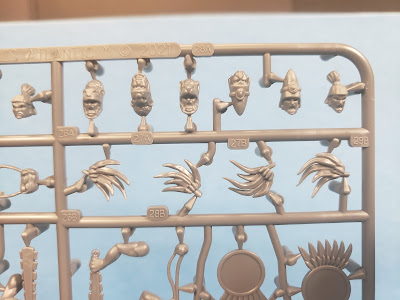 a close-up of some of the faces and some more, nobody seems to be smiling
Another stellar set from Wargames Atlantic! I certainly hope that somewhere on that long list of projects is a parallel set of Inca Warriors, they lasted rather longer than the Aztecs and would be a good bit easier to paint (hint, hint WA). These are perfect for a game using SAGA or Muskets and Tomahawks as you build your armies up toward a bigger game using army level rules. They would also provide a source of "low-tech"  warriors for a fantasy setting. In addition the Aztecs got along very poorly with their neighbors so by way of careful choices in the assemble process you can represent combat in prior to the arrive of Europeans with their horses and guns. At $34.95US for thirty warriors they are a bargain that can't be beat. Get some!
Very Highly Recommended
Posted by Anton Ryzbak at 9:53 PM