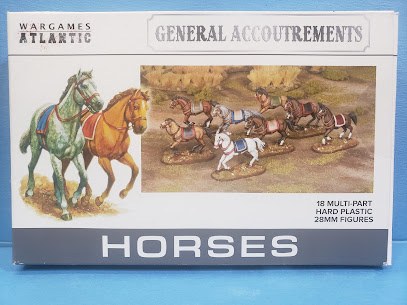 For ages I have had to put up with pricey horses, either to replace ones that were damaged or to provide horse to figures that came without them. At last someone is marketing affordable, good-looking horses, and that company is one of my new favorites Wargames Atlantic.  At long last I can replace the underfed-looking horses in some of my Lace Wars kits with nice powerful steeds. I have had contact with WA and they advise that mounted figures are in the offing (their capacity to have a dozen irons in the fire and still be on top of things never ceases to amaze me). Of course (rather selfishly) I wish for mounted Conquistadors.

The multi-part horses themselves are crisply molded in medium gray plastic that shows not a trace of flash and only the faintest of mold-lines. They are cast in left and right halves with separate heads. The horses are modeled with a halter and reins and a cinch-strap around the belly of the model, blankets are cast separately to add as you see fit. Eighteen horses for $35US is a very good deal, I will most likely be buying several more boxes. 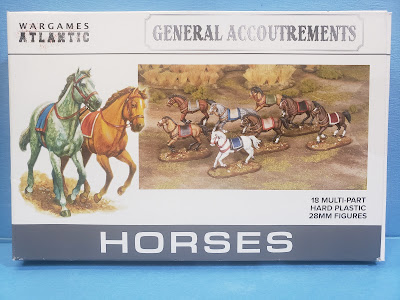 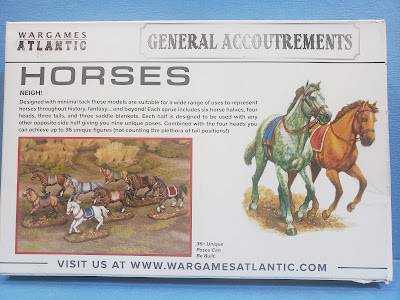 the back, pretty much the same,
there is only so much you can say about a horse I guess 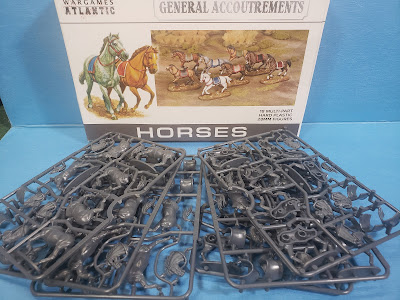 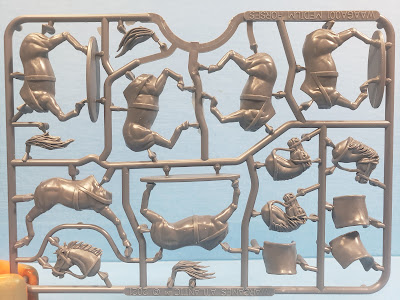 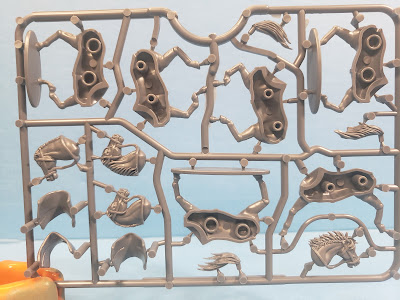 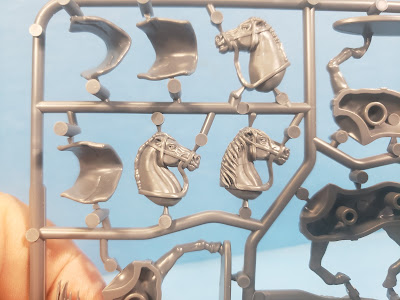 I love the very characterful faces,
looks like somebody has been researching Renaissance sculptures 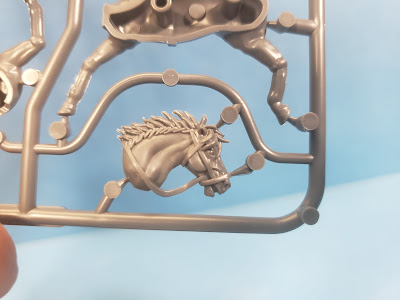 Simply one of the most useful boxes of figures since plastic miniatures entered the market. Superbly sculpted and cast these will find many places in my collection. If you are doing 28mm cavalry of any sort it would be handy to have a box nearby just to add some variety to your units.

Very Highly Recommended (as in go buy some NOW!). 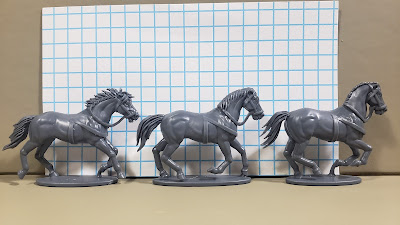 assembled horses in front of a 1/4" grid 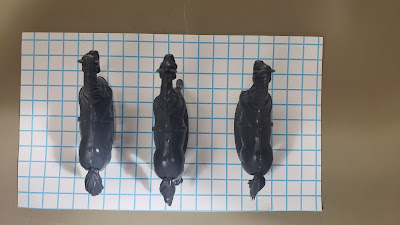 and standing on the same grid 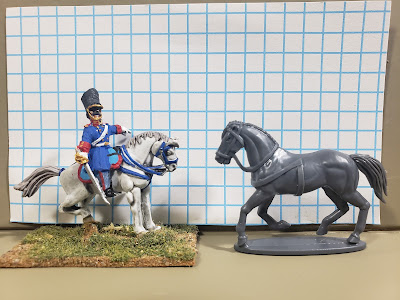 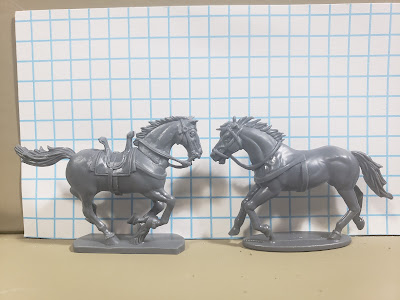 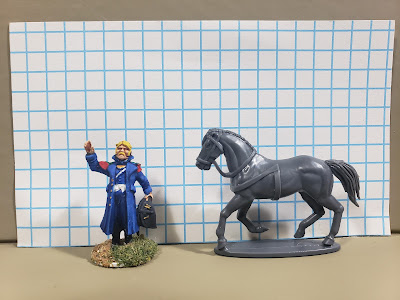 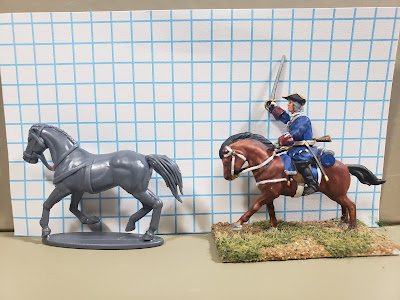 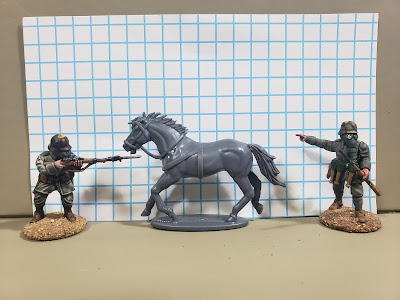 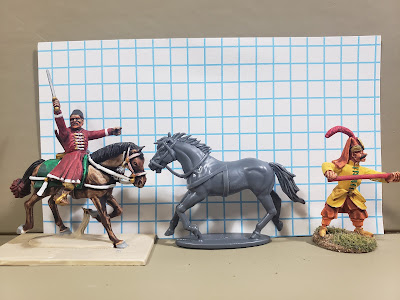 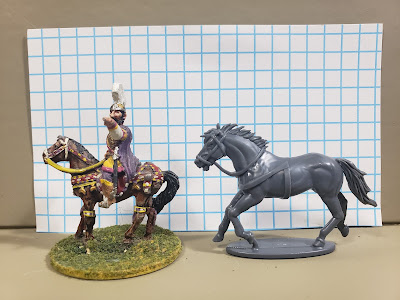 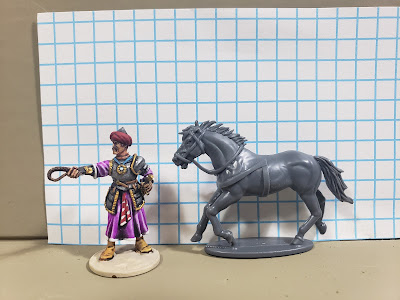 When veiwing the comparisons keep in mind that there is nearly as much of a size difference between horses as there are between people.That said military organizations (particularly so as we approach more recent times) tended to sort horses by size. From this admittedly small sample the horses do seem to blend rather nicely with a number of different manufacturers.