I had the opportunity to look in on the Death Or Glory tournament at the Best Western Southfield this past weekend. Motor City Mayhem 2022 was one of the circuit of wargames tournaments hosted by Death or Glory over the course of the year. The tournament was a nine-round, three day long event featuring Warhammer 40K. There were other subjects covered as well; Bolt Action and Age of Sigmar both had tournaments over the weekend. The sheer energy of such a large event was impressive, as were the vast number of beautifully painted armies  in play. Most impressive of all were the army display bases. Some players must have spent nearly as much time modelling the bases as they did assembling their armies. 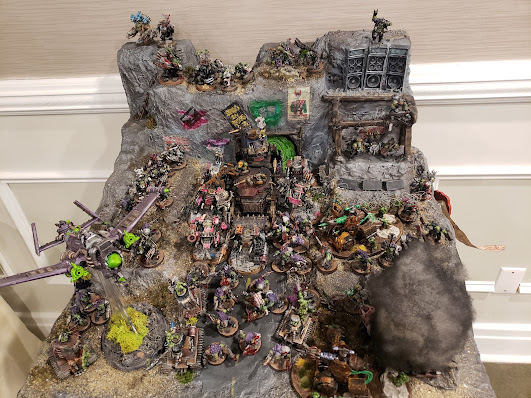 an Ork Stronghold as a display base 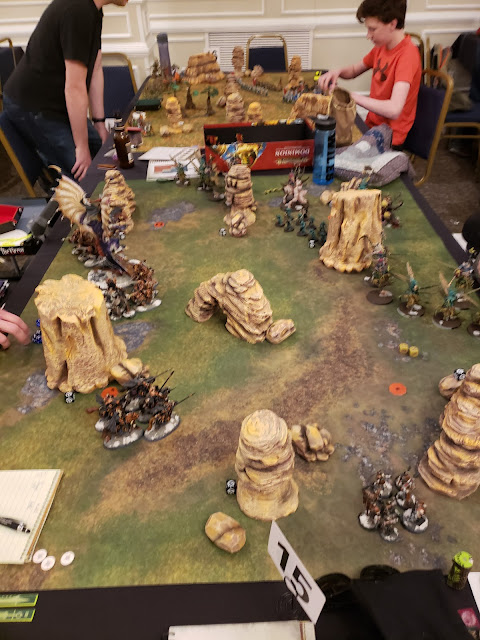 an Age of Sigmar game 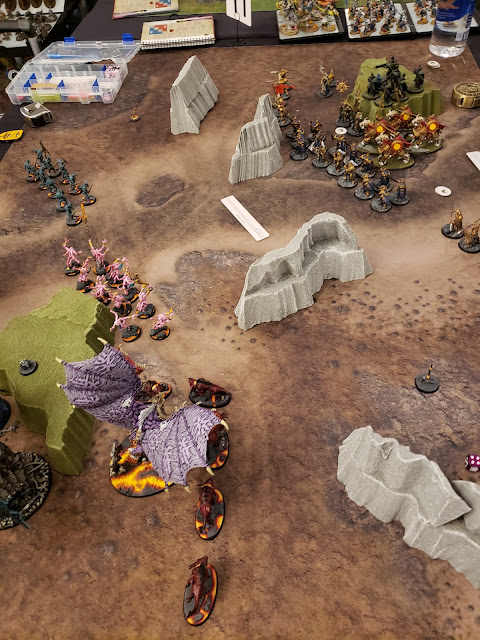 another AoS game, simple but effective terrain kept the games moving along 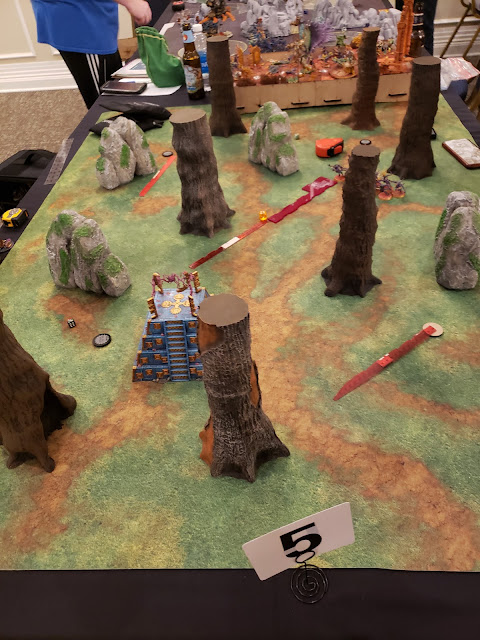 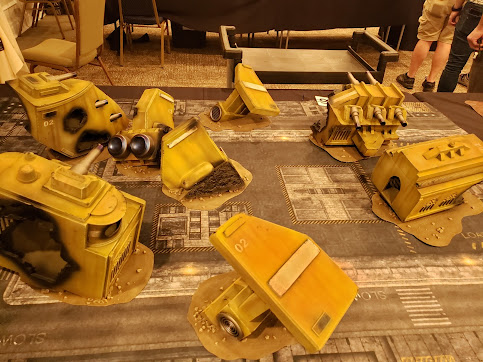 back to 40K there was this wreck of spacecraft, shattered to pieces on the desert floor
where was this when we were playing Gorka Morka 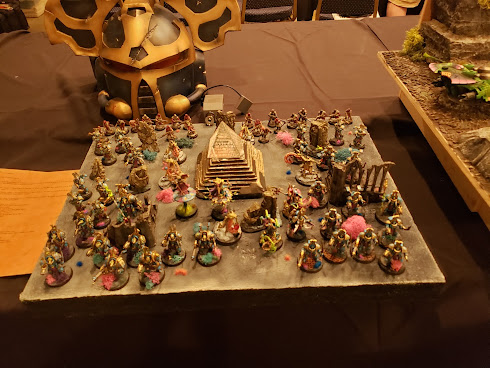 40K display base, nice lighting effect in the pyramid top 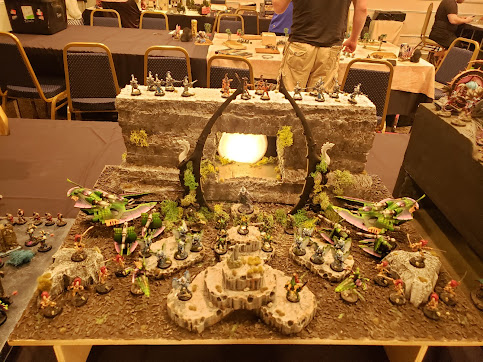 this striking bit of work caught my eye 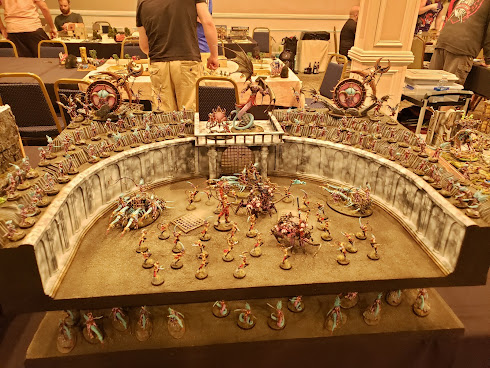 as did this arena complete with a terrifying "underworld" 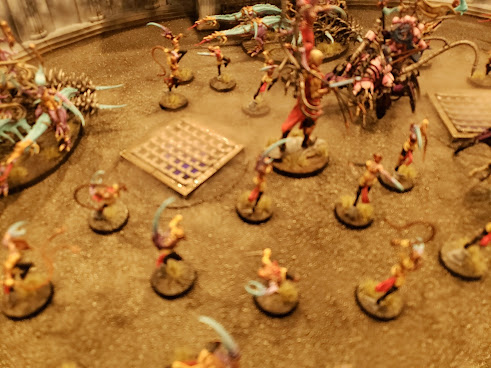 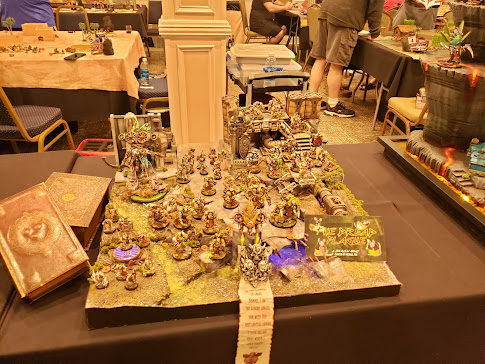 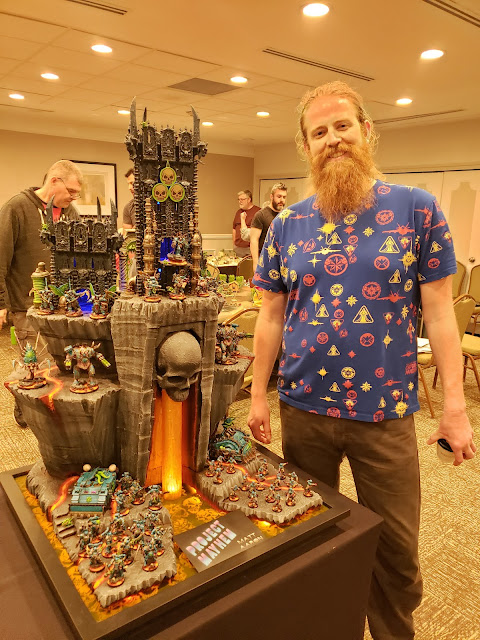 ...then I saw this guy standing next to his creation! 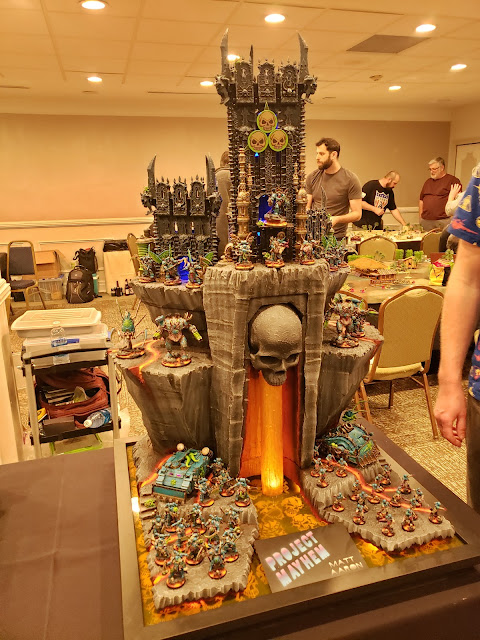 Matt Arron's project stood about three feet high and was truly a thing of beauty
(even though I find Chaos creepy) lighted from within and designed to display
the full strength of his army
truly impressive! 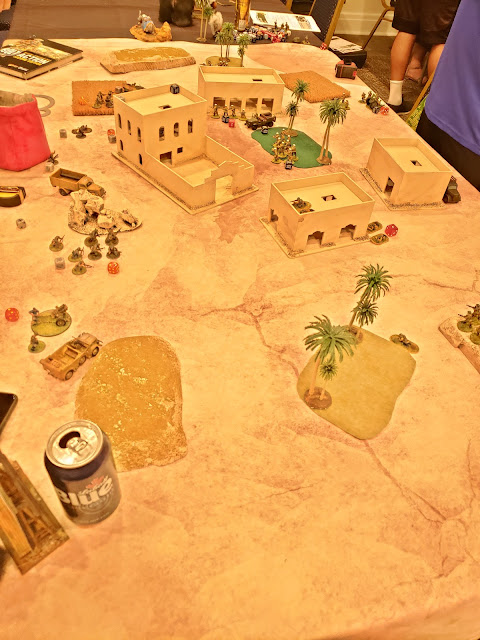 for the first time DoG included historical minis in their program adding a Bolt Action series to the schedule, these games featured armies that were composed of things that I knew the names of
and some sharp-looking terrain and armies 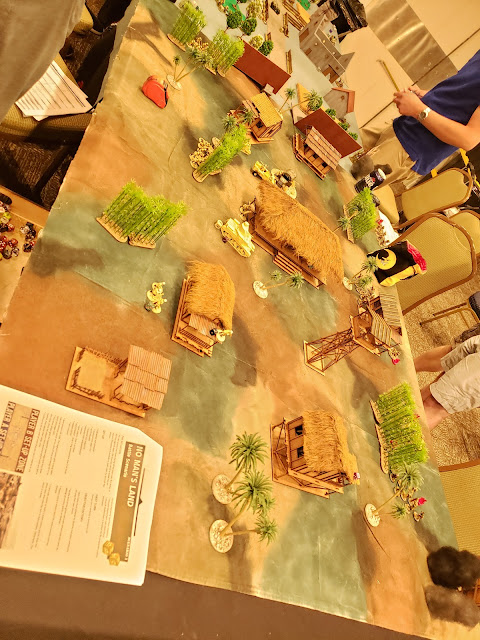 there was action in the Pacific Theater 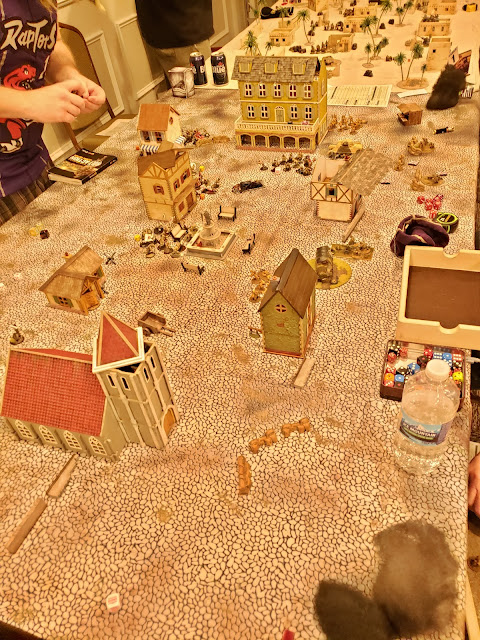 as well as the obligatory Normandy village

Despite it being a tournament with some seriously big prizes for top finishers I never saw anything aside from enthusiasm and energy. I will be attending next year.