Fresh off the presses is another great product from Wargames Atlantic; 28mm Conquistadors! I picked this box up from Michigan Toy Soldier the other day. These guys are cast in light gray plastic with no trace of flash and almost no mold lines. At twenty-four figures for $34US you are getting away with less than a dollar and a half each. These figures will also double for Spanish foot of the Italian Wars of the 16th century as well as the Spanish armies in the Low Countries during the Armada period. And of course you could always head west and conquer the Americas, maybe even find the Fountain of Youth or the Lost City of El Dorado. 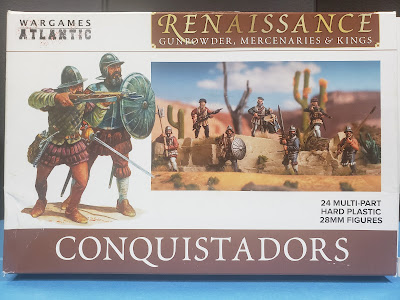 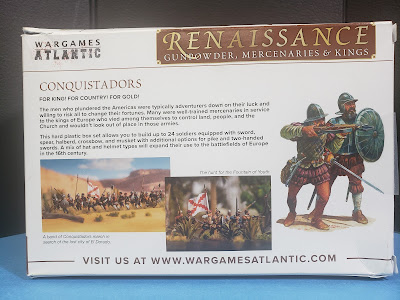 the back of the box, some nice shots of painted figures 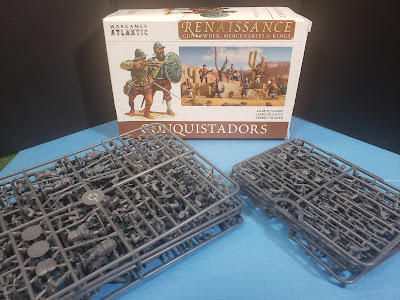 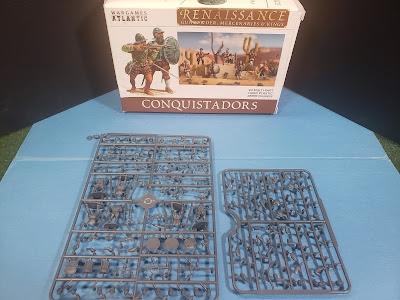 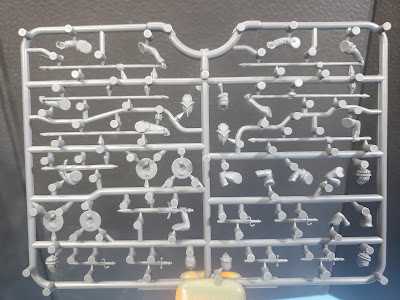 small sprue, side A
a truly vast assortment of weapons are provided 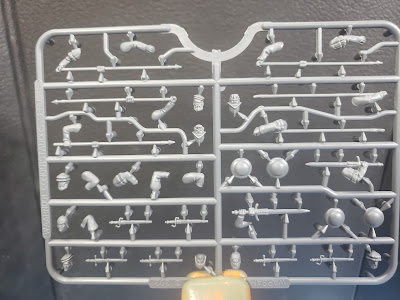 small sprue, side B 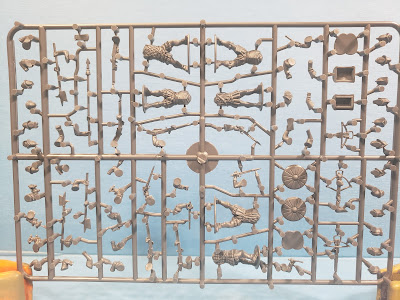 large sprue, side A
oh look! even MORE choices of weapons and equipment 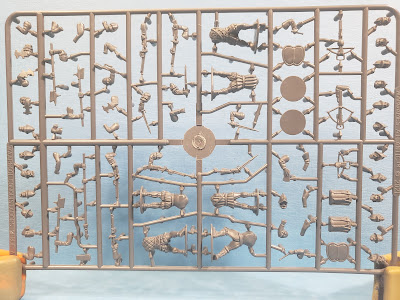 large sprue, side B 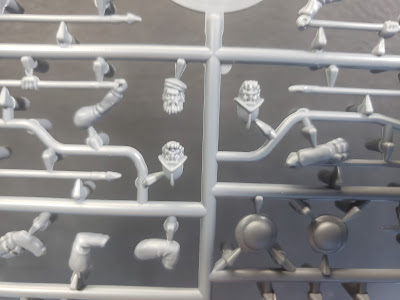 the faces are loaded with character and very plentiful,
twenty-seven heads for each set of six bodies by my count 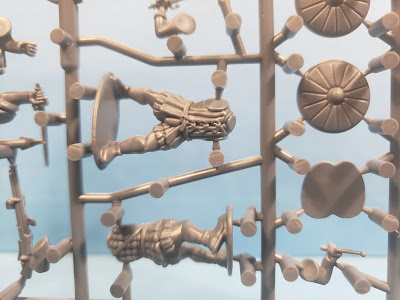 the figures are well proportioned and actively posed 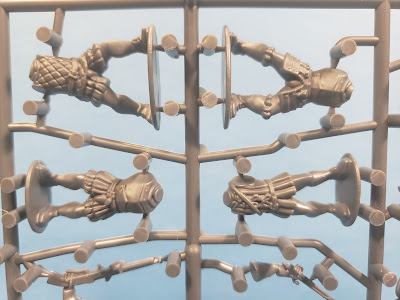 all wear some sort of protection 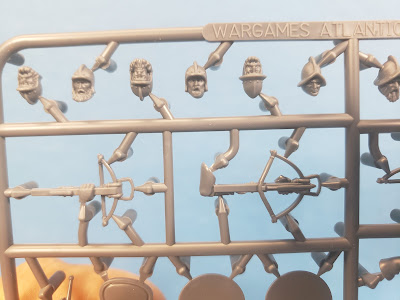 more faces and weapons,
in most cases you can equip four of the six figures with the same weapon 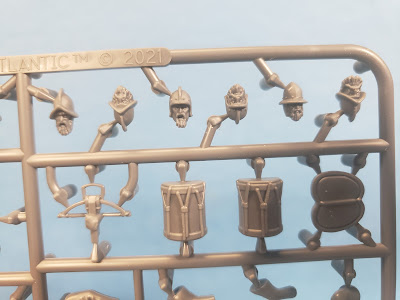 a good variety of helmets 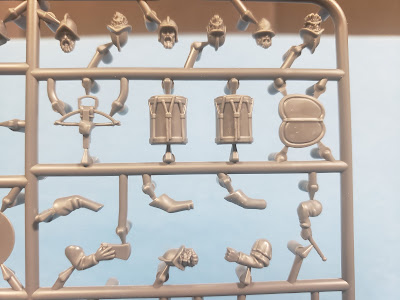 bunches of spare arms as well 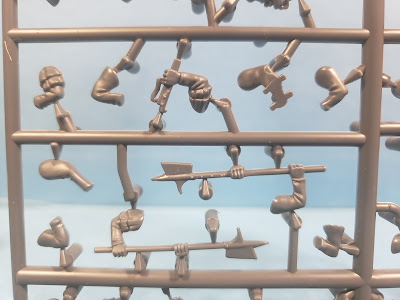 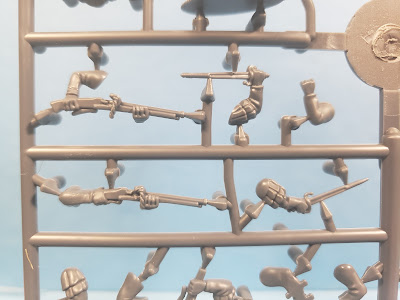 and there are even slow-matches in the arquebuses!
Needless to say I can barely wait to get started on these guys! The possibilities for conversions are nearly endless! Wargames Atlantic has been moving from strength to strength and seems to be heading in a dozen different directions at the same time. I wish them well as they are doing some pretty amazing stuff. Let's hope for some period cavalry (maybe they will if we bombard their website with requests). If you have in interest in gaming the Spanish in the period 1475-1575 these are you guys!
Very Highly Recommended!!!
Posted by Anton Ryzbak at 12:17 AM