All Star Service from Reverisco

A little while ago I was concerned that the Armored Cruiser project would run into a slow spot as I waited for some parts that I had ordered from Reverisco to arrive (the web-site said that it could take a week to ten days for arrival). I ordered the parts on Tuesday 5JUN12 and got them on Saturday 9JUN12. That is pretty amazing servive and should be brought to people's attention!

Now the only hold-up is that I am in a stretch of time where I will be very busy and will have little time to devote to this project. So, in the meantime, I will show you some of their handiwork instead of mine; 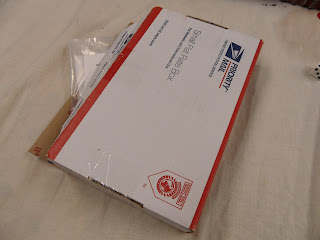 I ordered these on Teusday night and they were here on Saturday morning,
that is great turnaround time for a small company! 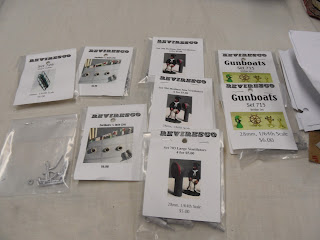 the order was complete, I hate back-orders or out-of-stock items 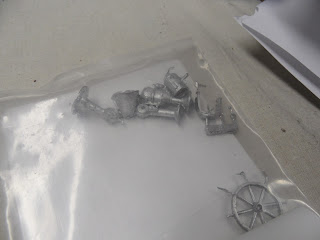 the Captain will be pleased, his bridge equipment has arrived,
I tried making these by hand and did a passable job but it took almost twenty hours!
not cost effective at all 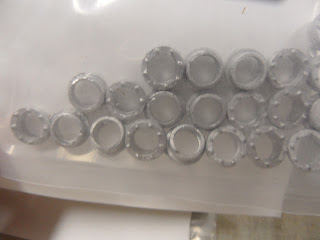 port-holes lots of 'em, they look much better than the grommets that I tried
I wonder who invented these; windows, on a ship.........


Take a look at Reverisco, they have a wide and varied line of products from 1/144 aircraft to 28mm colonials and fantasy/pulp miniatures. He also has a great line of Model T Ford trucks. Great Stuff!

Very Highly Recommended,  John
Posted by Anton Ryzbak at 11:07 AM