Having assembled a few details I decided to take a look at them in the altogether and see where else I could go without impairing the playability of the model. 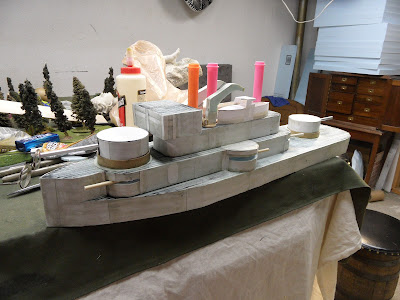 the smokestacks, cranes and ship's boats really crowd the top of the superstructure 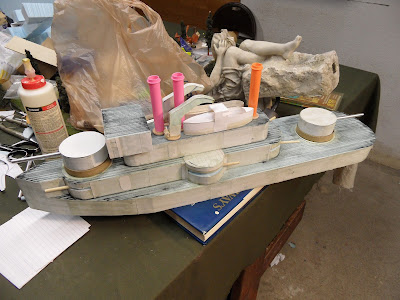 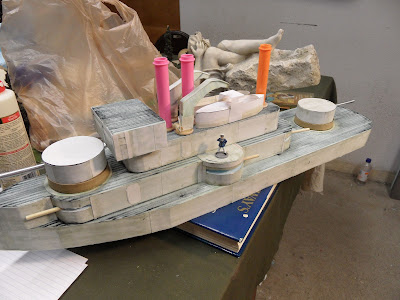 the captain is concerned over the lack of railings 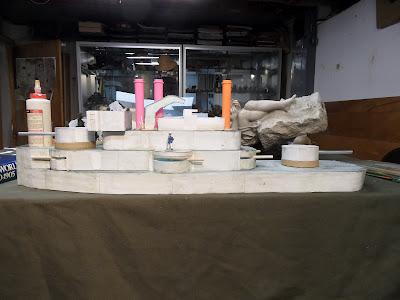 but otherwise he likes what he sees another point of concern, there are no controls on the bridge 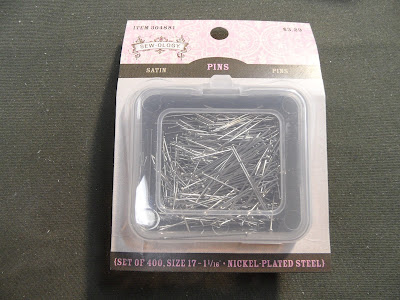 railings in the offing.... 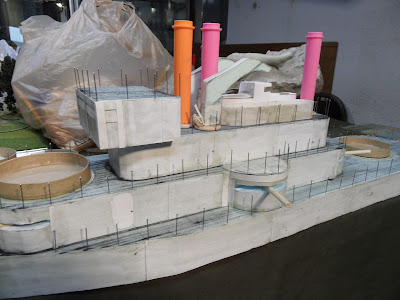 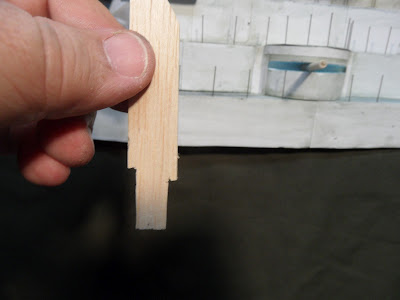 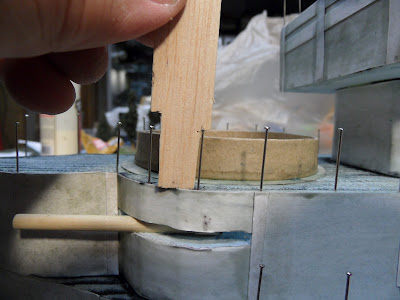 and this is how it is used, the pins are left standing tall
and are pressed down to a uniform height by the little step in the widget 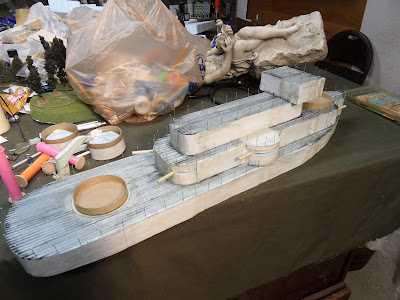 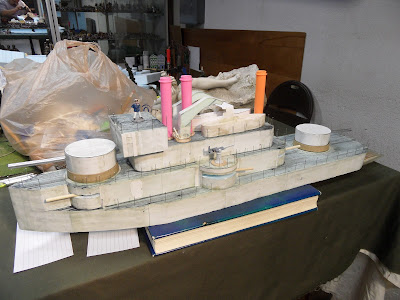 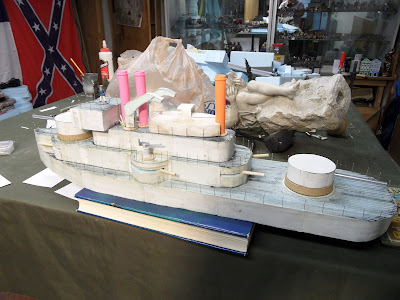 it does seem to be getting there 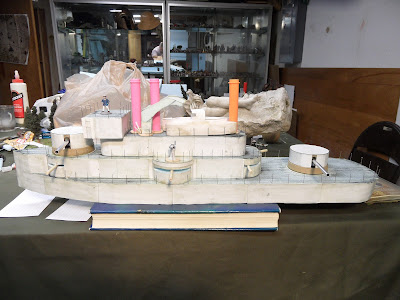 a decent broadside for a small ship

I will explain the method I used for railings in another post, all I can say now is that it seemed to have worked OK. I know they will be fragile but I think the big step up in appearance will be worth it. Now all I have to do is run the rivet lines and find the paint scheme use in the 1880-1890s. I understand it involves a rather loud shade of orange-yellow for the superstructure!
Posted by Anton Ryzbak at 12:35 AM