My earlier efforts at creating embossed rivets having failed I tried the idea put forward by a commenter on TMP and used fabric paint. At first I was not hopeful that this would lead to success as my first efforts were, well, let us say uneven. Practice makes perfect they say, and as I got the hang of things the results improved markedly; then I had a thought. Why put the rivets directly onto the model when I could create strips of rivets that could be applied all at once. The results you see below; 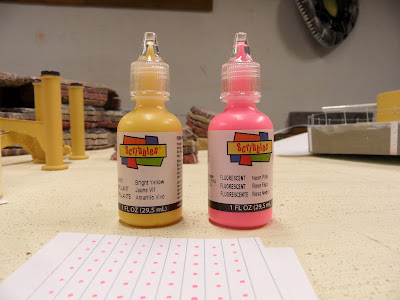 the yellow was my choice, the pink was my granddaughter's 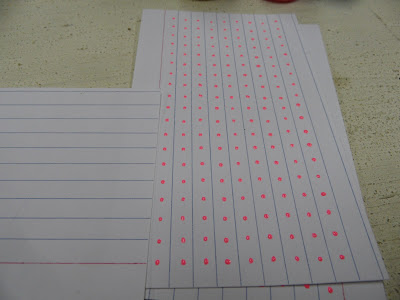 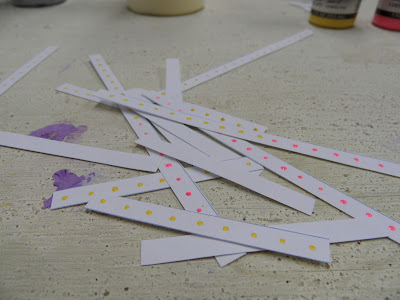 then I cut along the lines 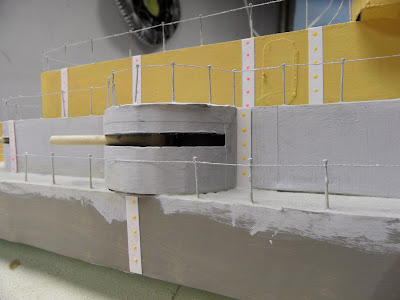 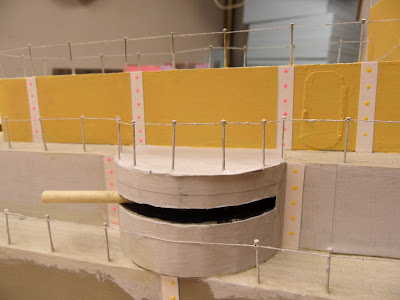 while doing so I was reminded of the horrible candy we got as kids,
appropriately named "Dots" it consisted of brightly colored sugar dots on paper strips 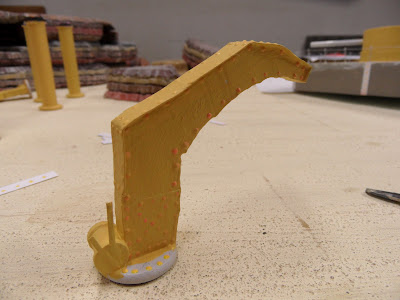 the crane is very "rivety" 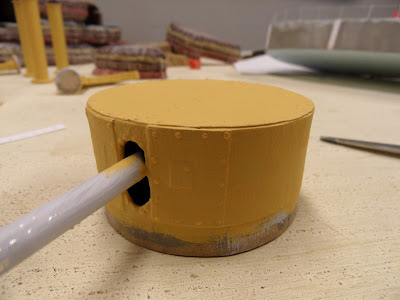 as is the turret 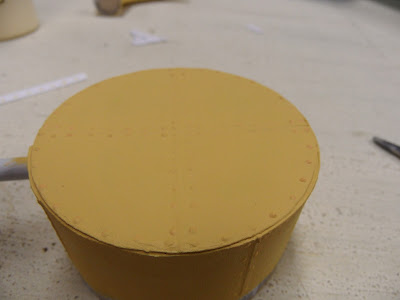 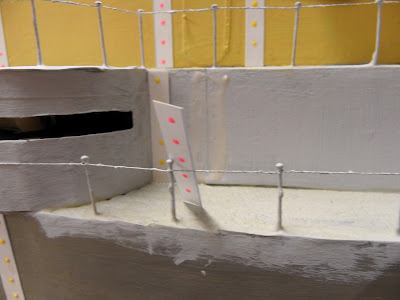 I attached the strips the same way I attached the card earlier;
50/50 glue and water mix, brushed on before the strip is applied
and then another coat over the top of the strip after it has been positioned 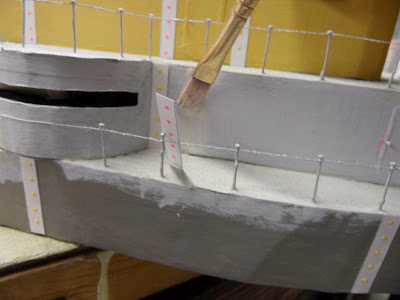 be liberal with the glue, this photo also shows the folly of
setting the railing before getting basic hull details finished 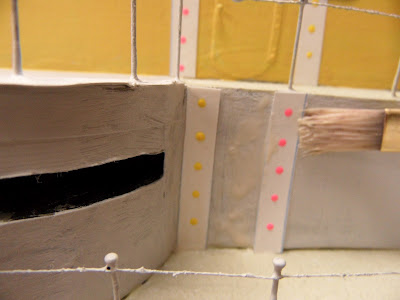 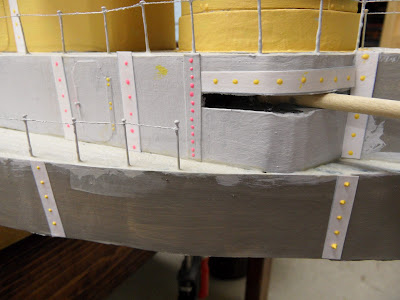 finally ready for paint, I chose to go with the black hull/yellow superstructure 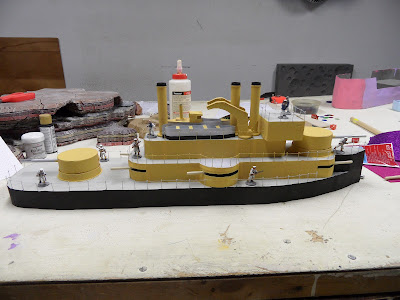 the new crew inspects the ship 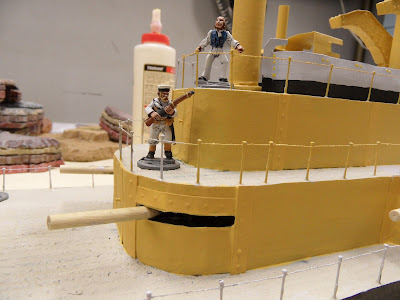 the stanchions were painted yellow, I still am not sure if that is the way I want to go,
black would be more striking so the jury is still out on that detail 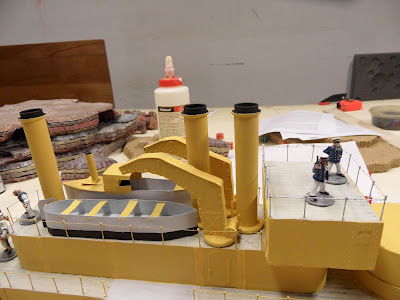 the Captain is still waiting for the ship's wheel and assorted other bridge stuff,
I only just ordered that stuff today, so it will be a while 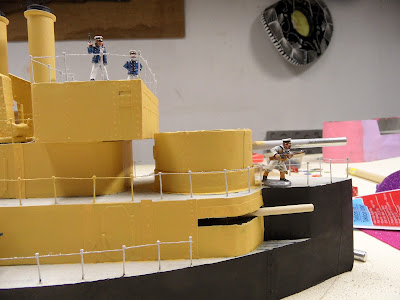 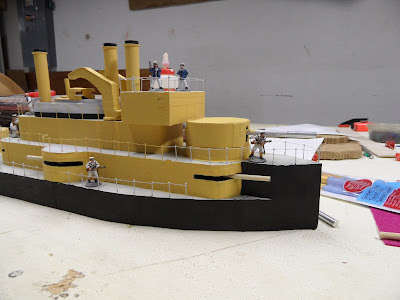 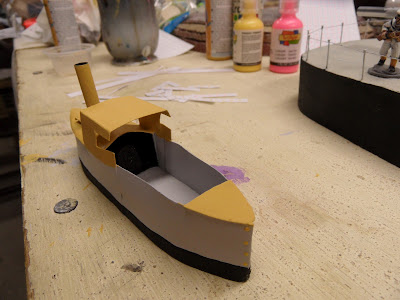 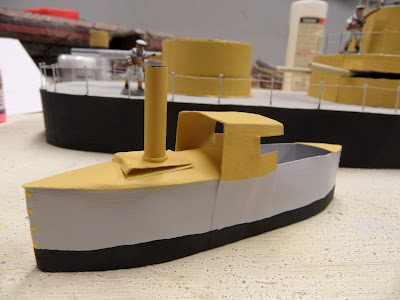 another view, the smokestack is a .22cal magnum case and the boiler is a .38 special case 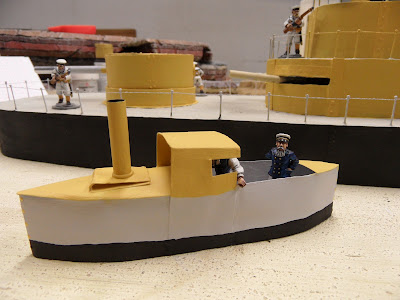 the captain tries out the steam launch 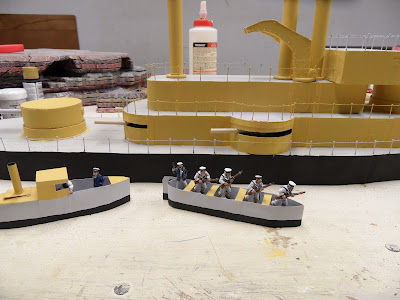 while the sailors head out on liberty

Well, there she is, nearly finished. I still am not happy about the arrangement of smokestacks, cranes and boats on the superstructure. I might just build some smaller boats to free up some space for searchlights and/or light guns. Another facet is just how to paint the railings, I might just try one side one way and the other side the different way and see which I like best. When I build another one the railings are certainly going on last!
Posted by Anton Ryzbak at 3:46 PM