I built these to go with the trench sections that I posted earlier, I realize that most of the fighting that the tanks did was after the breakthrough and they really don't need the trenches, but I figure; "What the heck, I have the tanks, the troops and the trenches".  I got the models from Michigan Toy Soldier and the are made by Airfix and Emhar. We will start with the venerable Airfix MK I.

Originally there was only the MK I  Male; this was the only Great War tank in 1/72-1/76 scale for several decades. A few years ago Airfix added an extra sprue to the kit so that you can build the all-machine gun Female version as well. Easy to build and reasonably priced this kit's biggest flaw is that it is a model of the earliest version of the British rhomboid tanks, which went out of service fairly early on. That being said it is nicely detailed and looks great when finished. 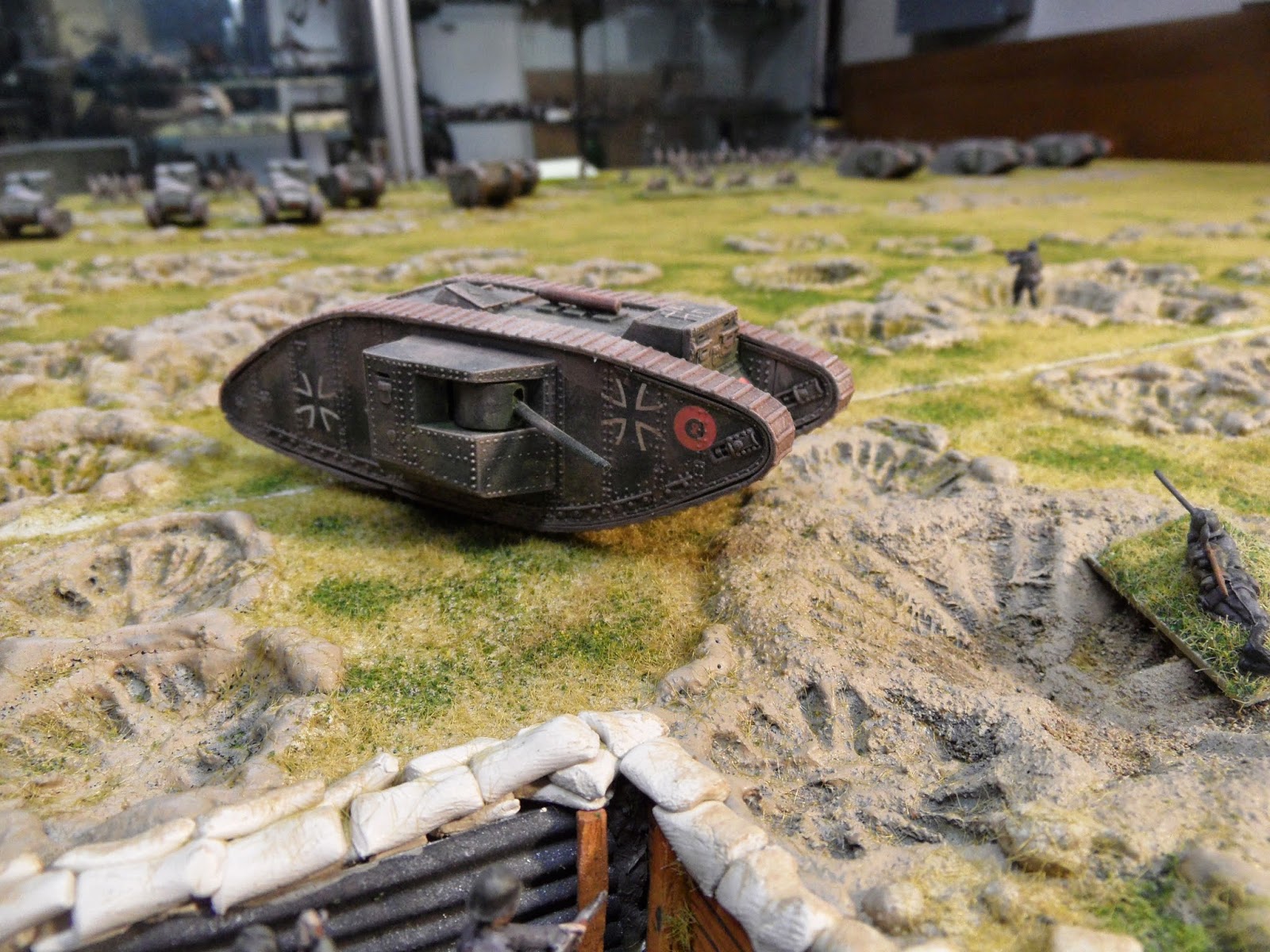 I built two in German markings, figuring that there were more captured  in the middle part of the war and thus were likely to appear in the German inventory (and it wasn't like the Krauts could order the latest model from England....they had to make do) 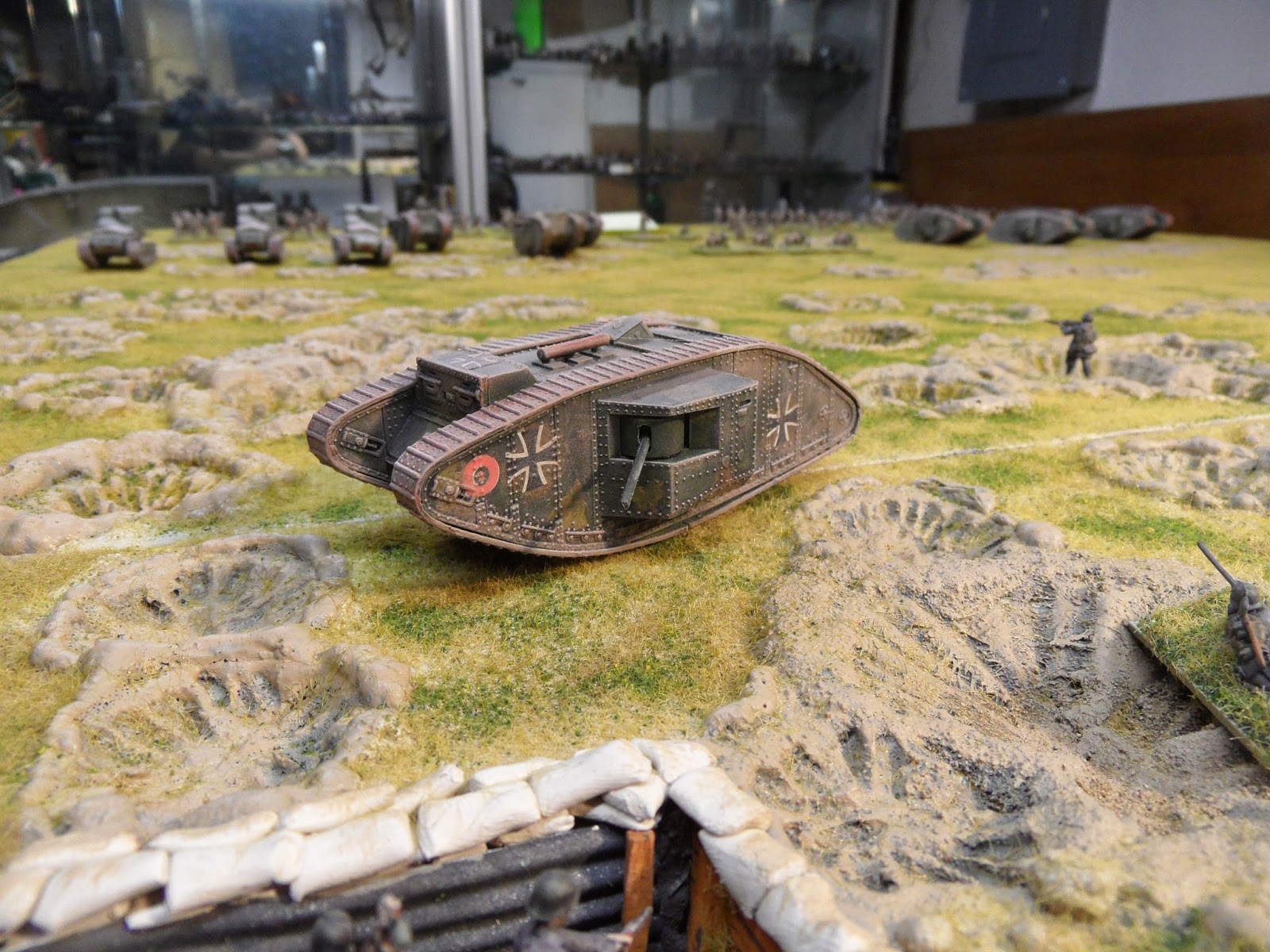 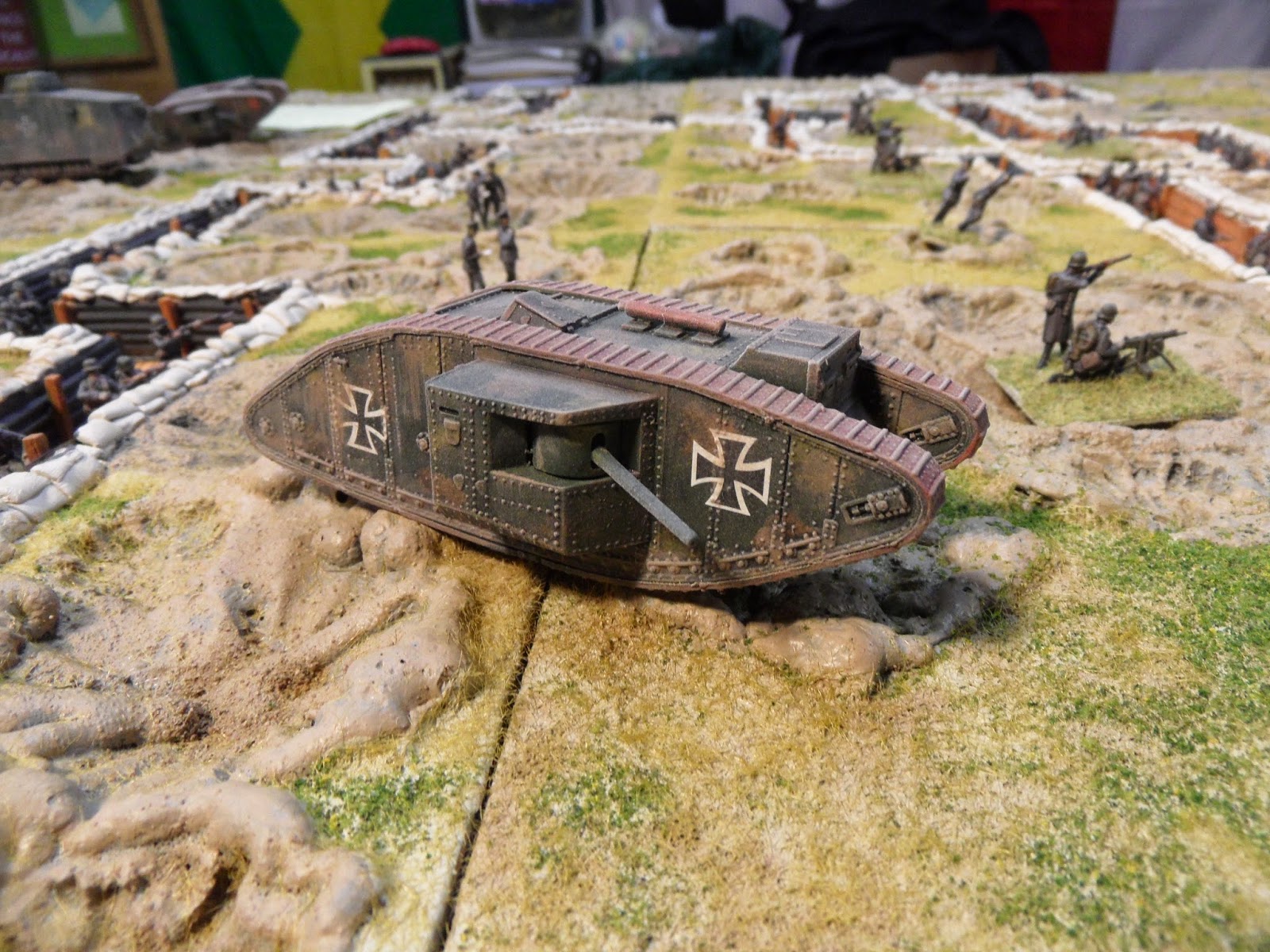 it seems the Germans were worried about a "friendly fire situation,
look at the size of the markings 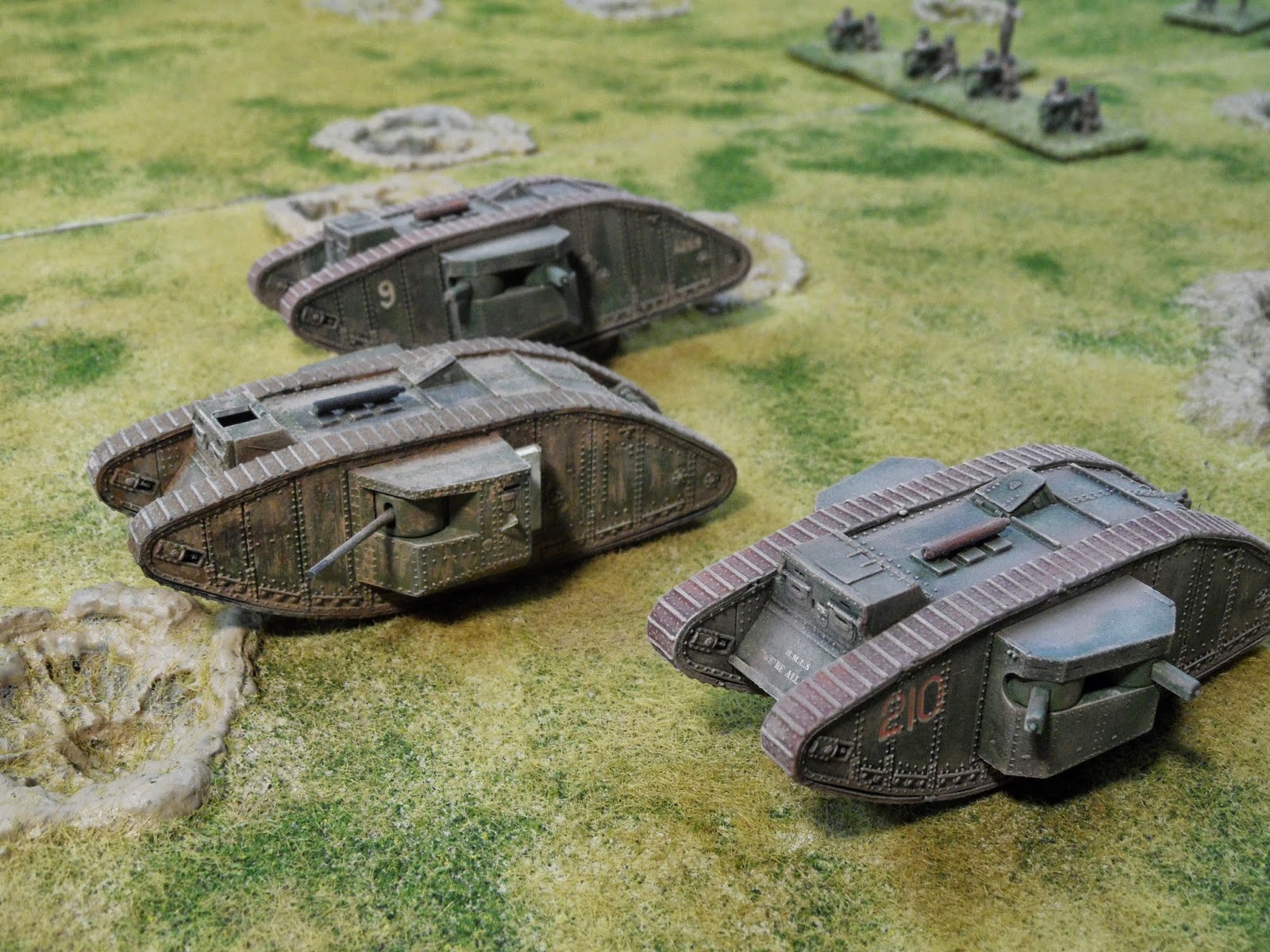 here are two Females and one Male in proper colors,
the Male kit has been in my collection since the late 1970's 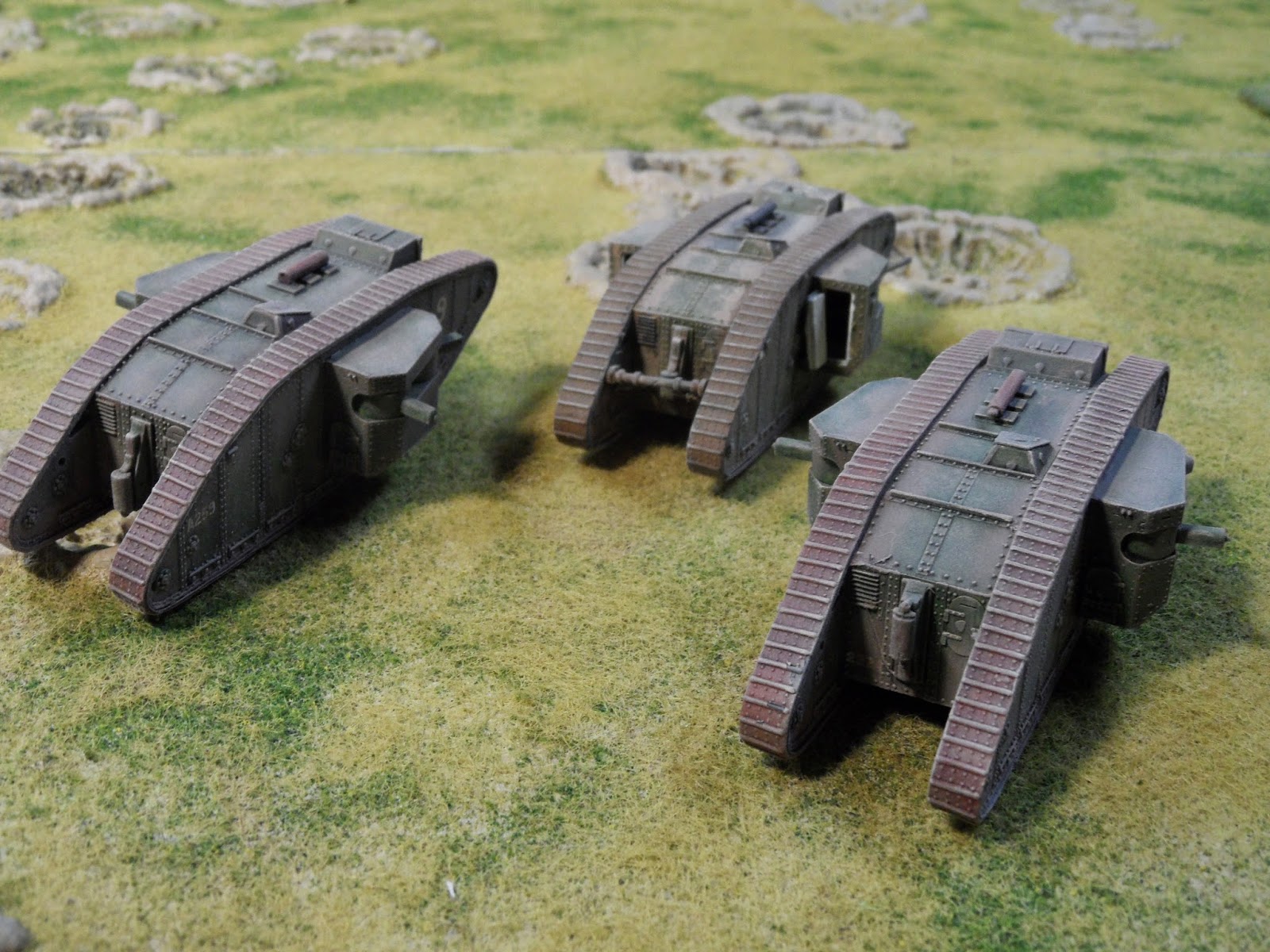 I left off the steering tails,
they were quickly discarded as a useless encumbrance by the British 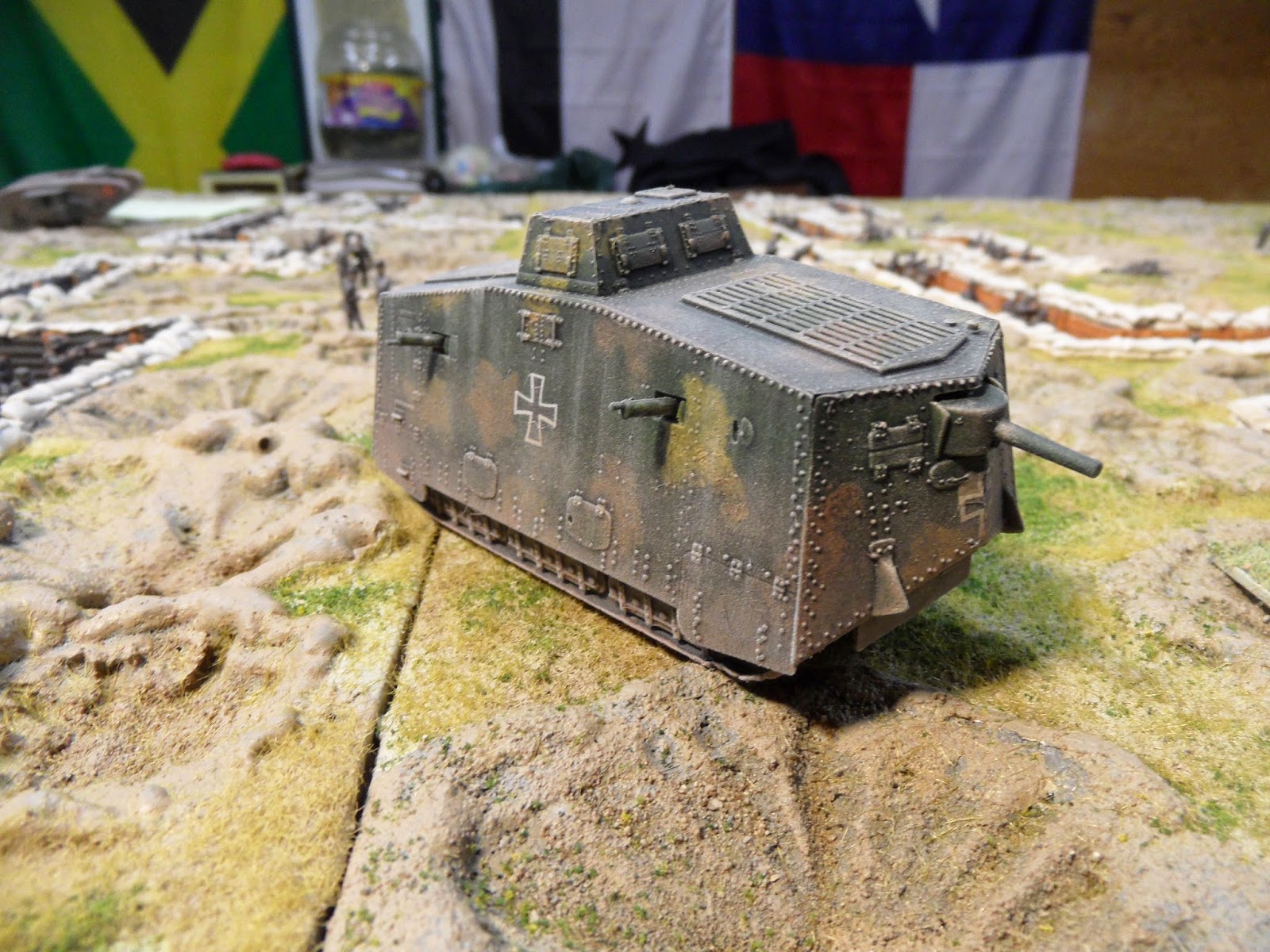 the Emhar A7V is a beast,
the model in well detailed and goes together simply enough, there is even the option of making the guns moveable (mine were until I sprayed the heavy coat of matte finish on) of all the kits I built this is probably the best 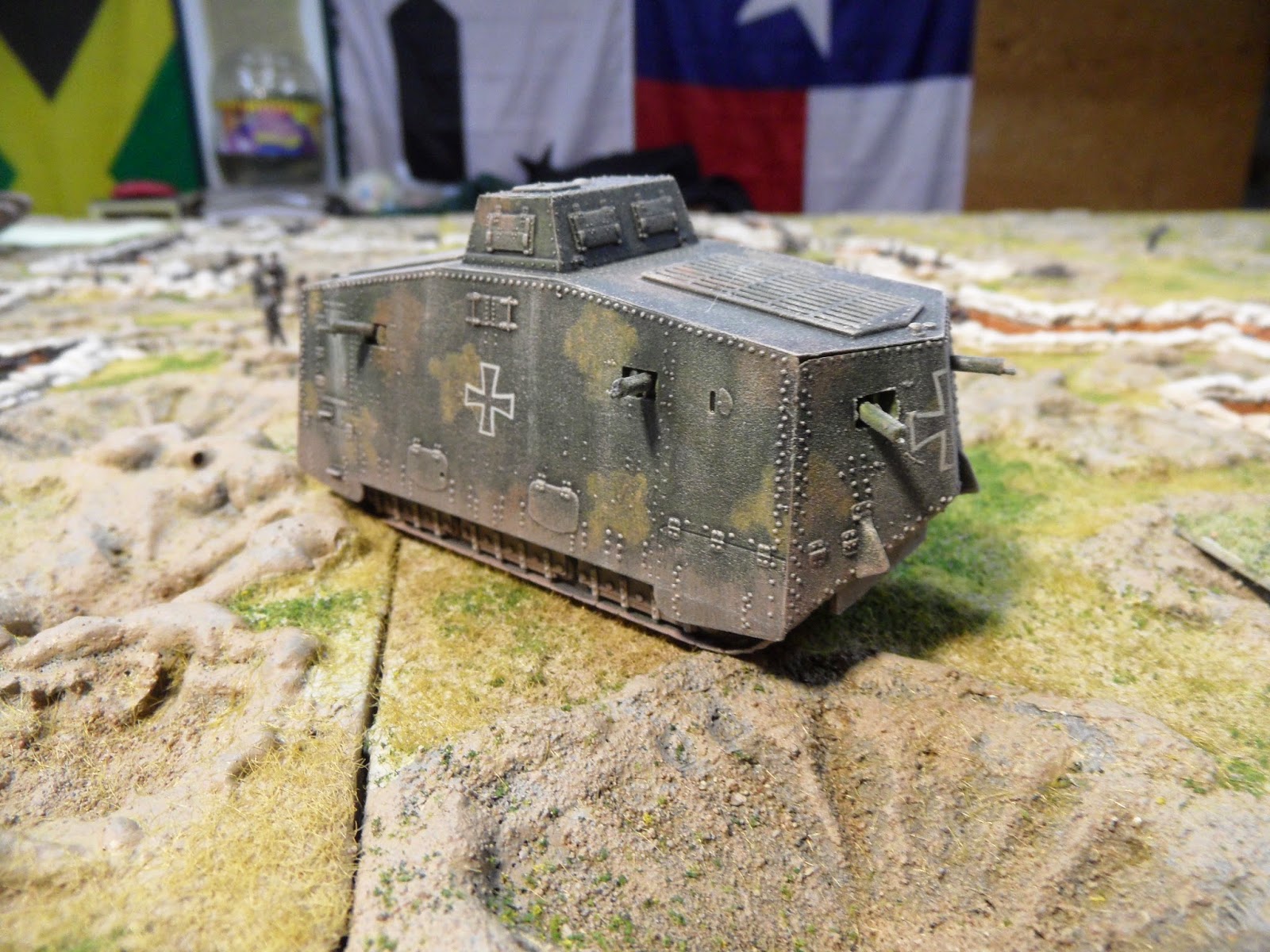 the details are delicate and crisply defined 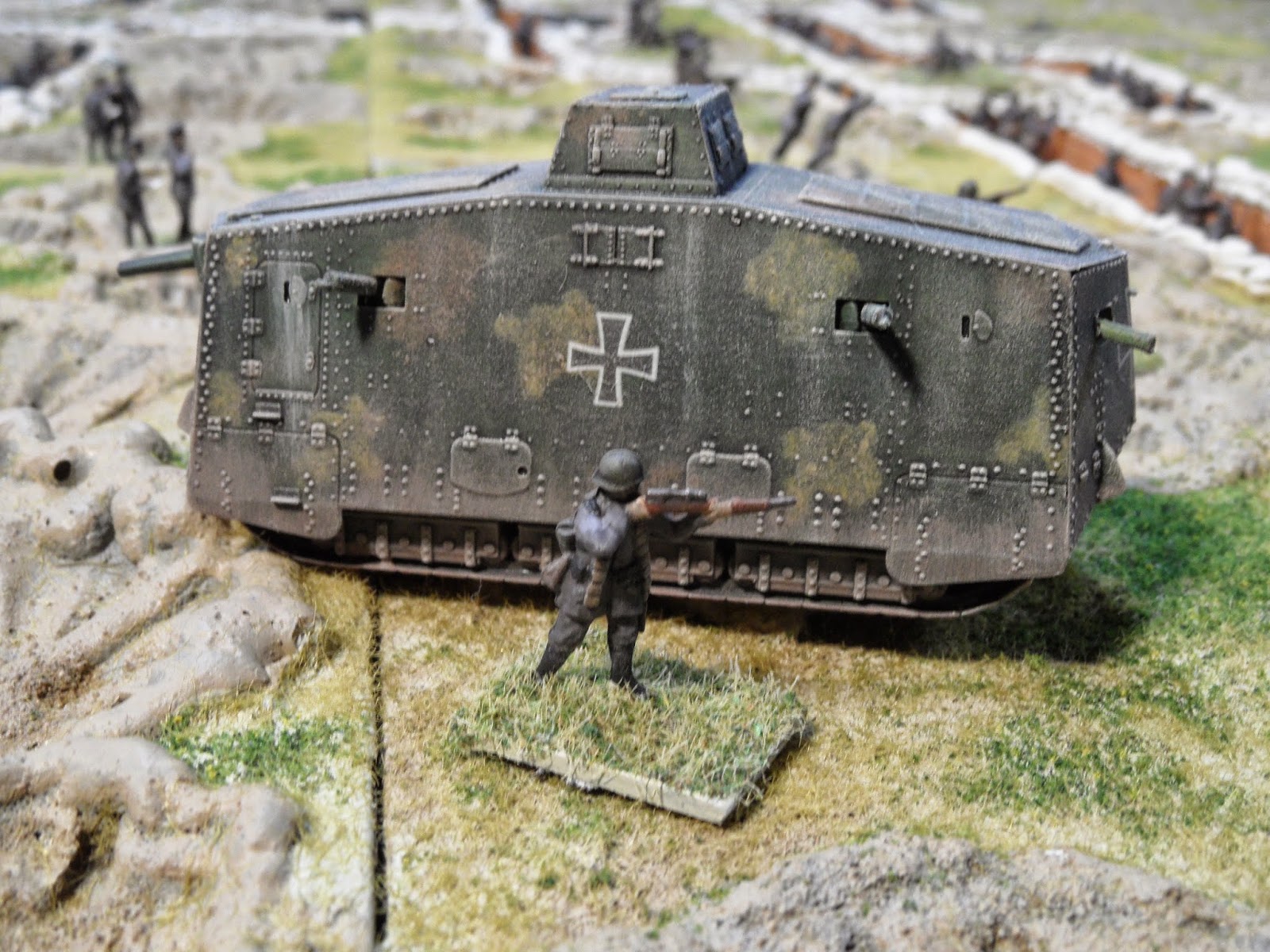 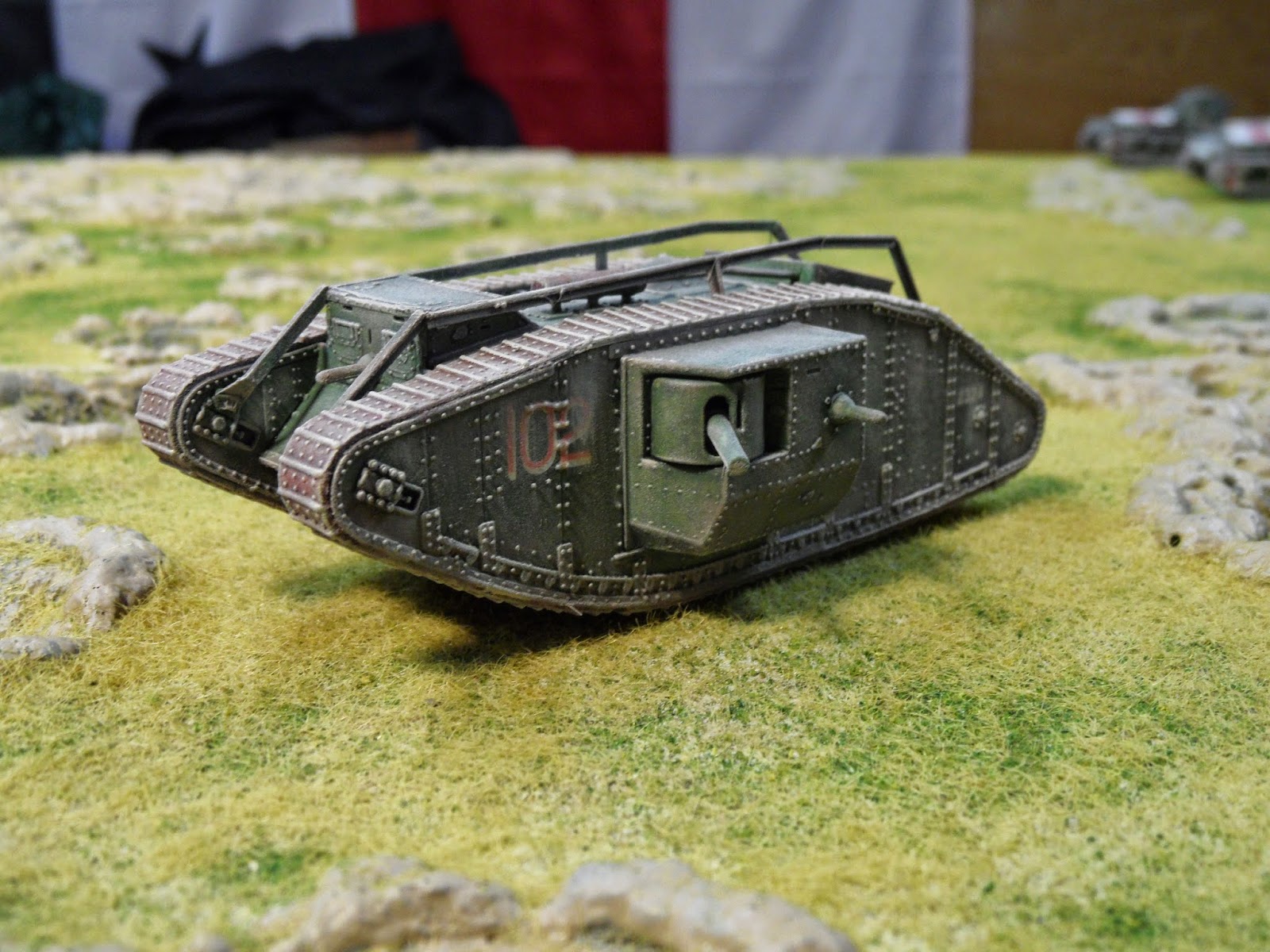 the Emhar MK IV Male, this kit is marred by bad instructions, an odd division of the model into parts and some issues with parts fit, on the other hand you can get this model in the Male and Female versions and it looks pretty good when finished 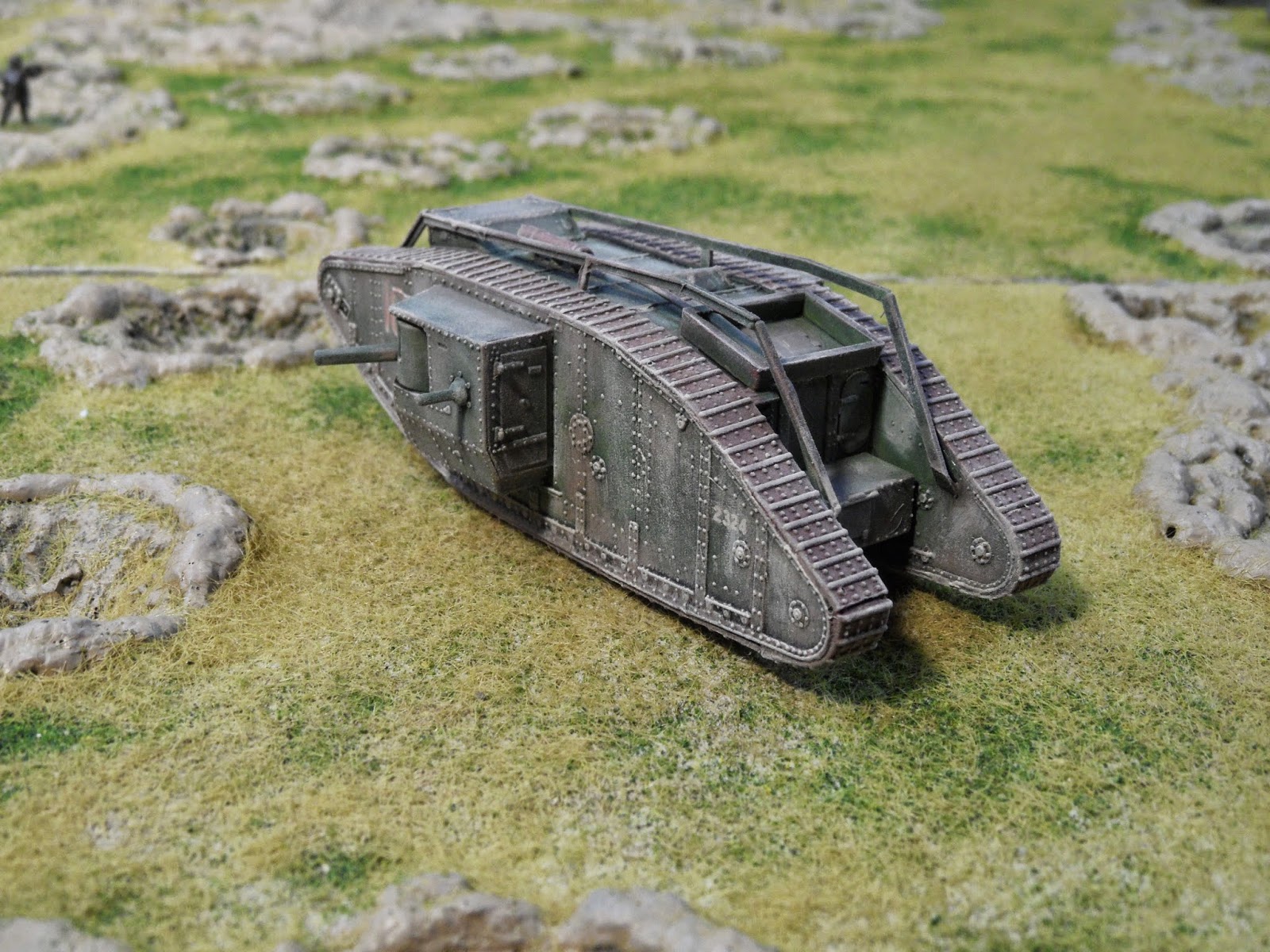 the rails for the unditching beam are the worst bit, frail and the instructions only provide the faintest of suggestions as to where they are supposed to attach 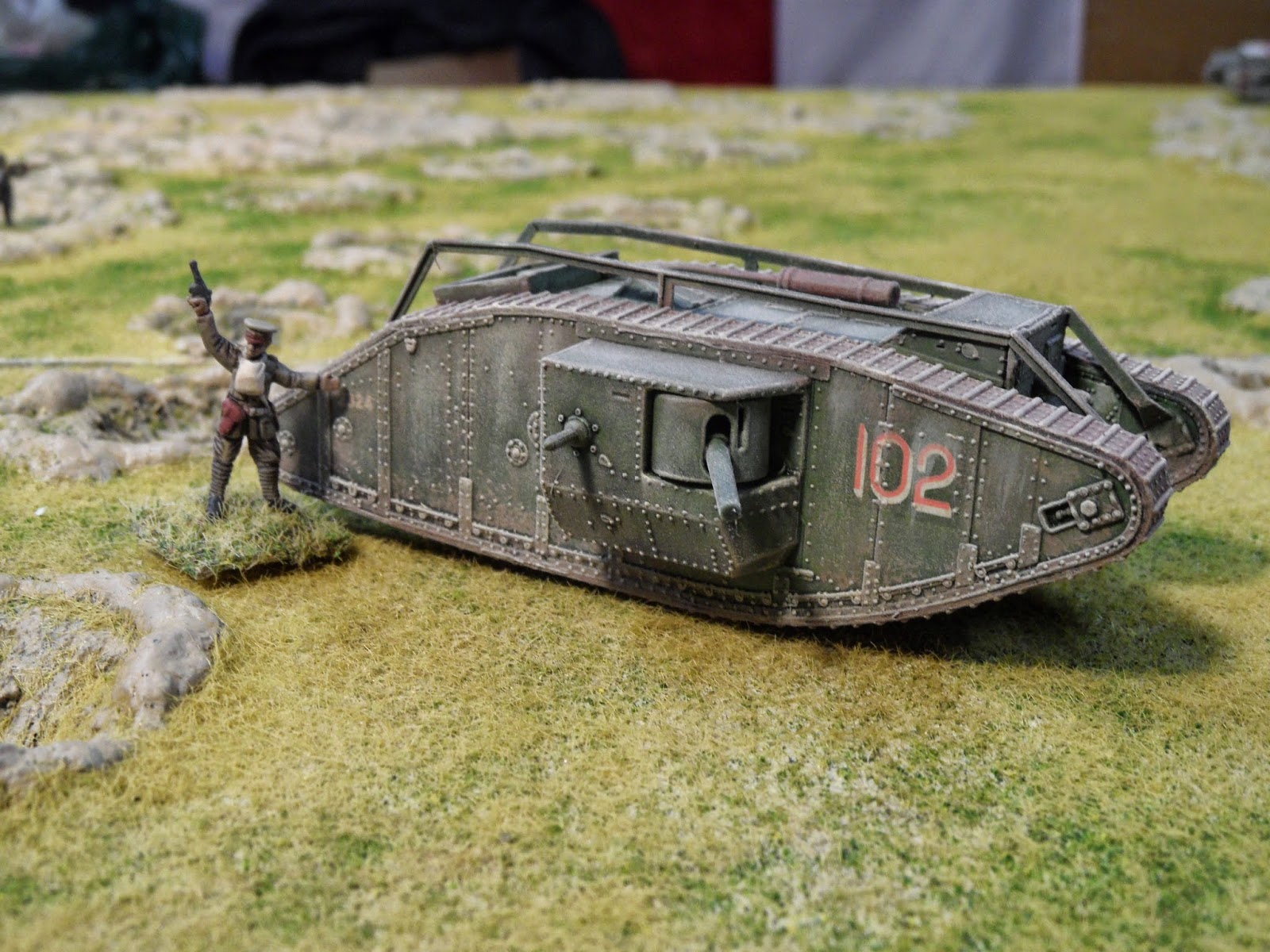 but it does look good when finished, another large tank 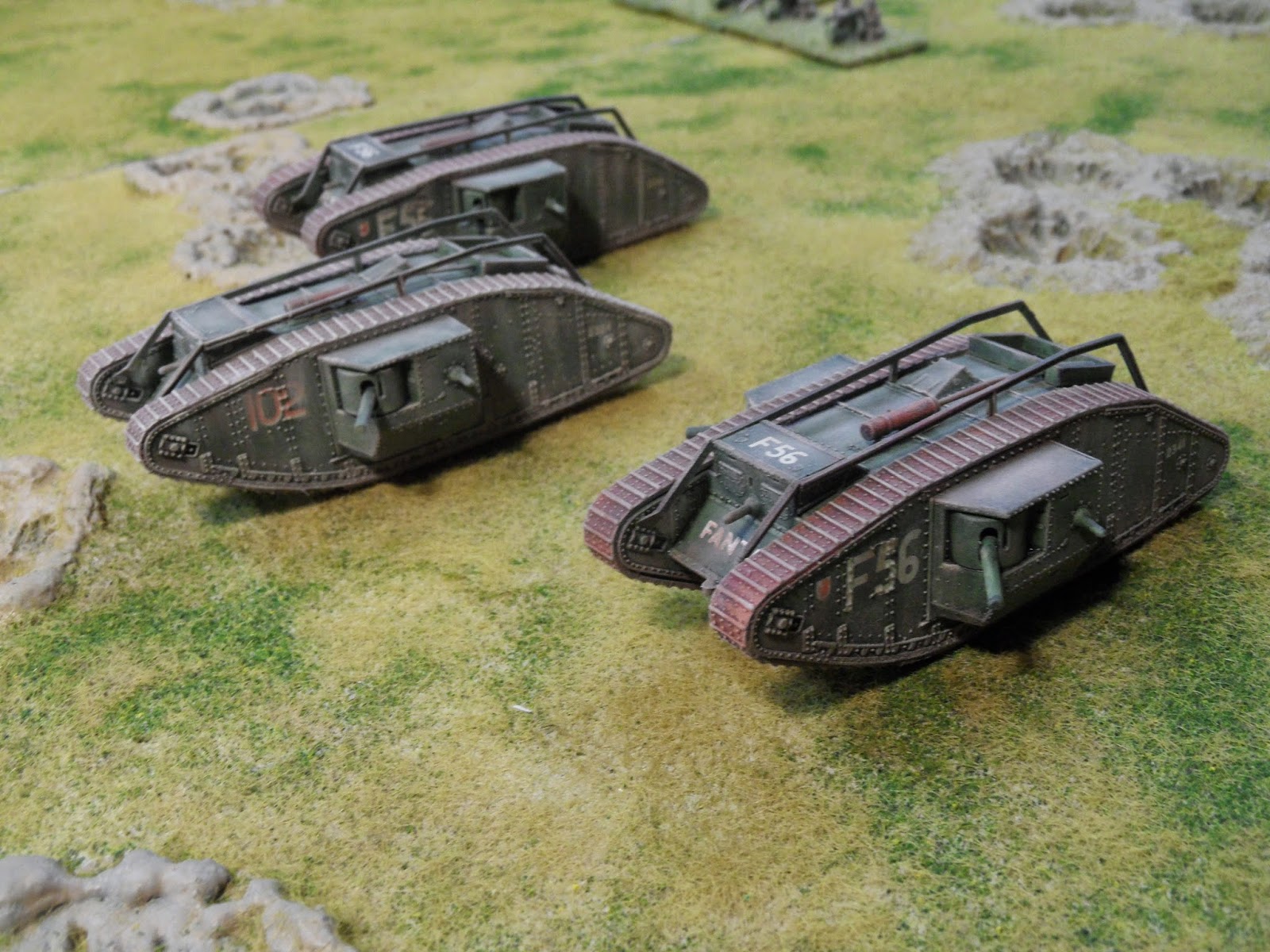 I built all my tanks in squadrons of three 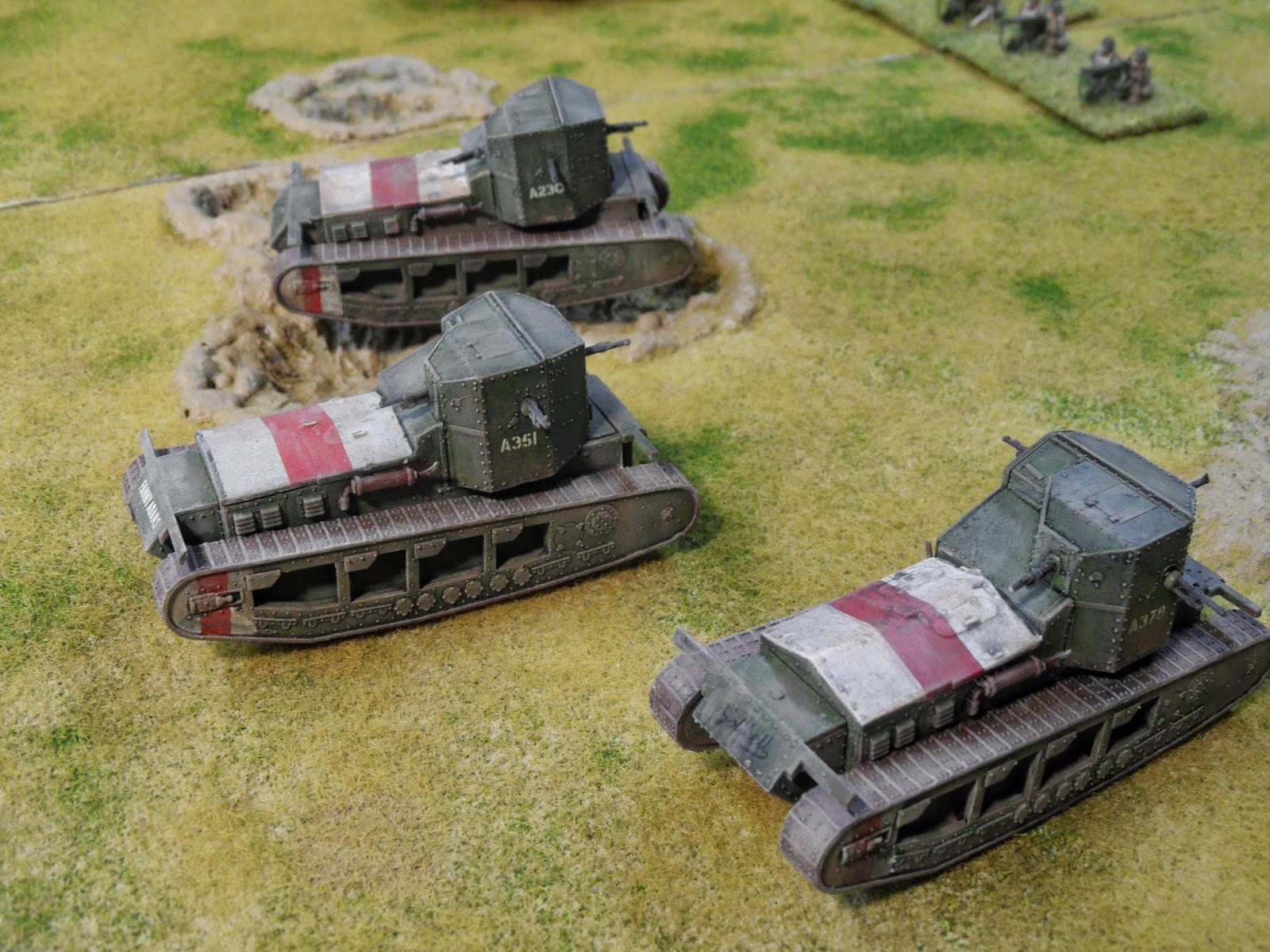 the Emhar Whippet medium tank builds into a very attractive model,
detail is crisp, parts fit is good and you get a good selection of decal (this last is a feature of all the Emhar kits) the white/red/white foredeck is provided as a decal but after trying to get it to conform to the underlying details I gave up and hand-painted the other two models 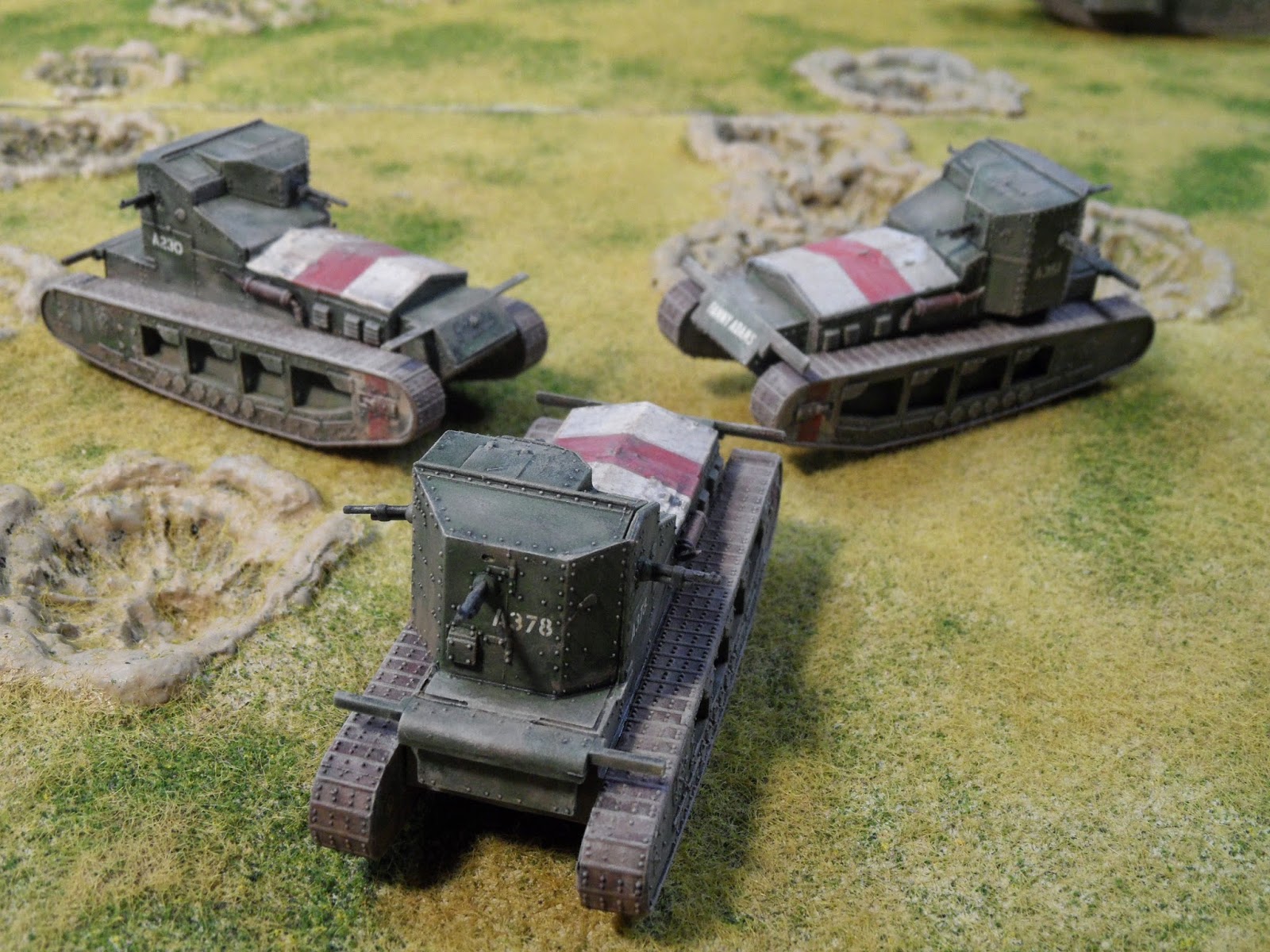 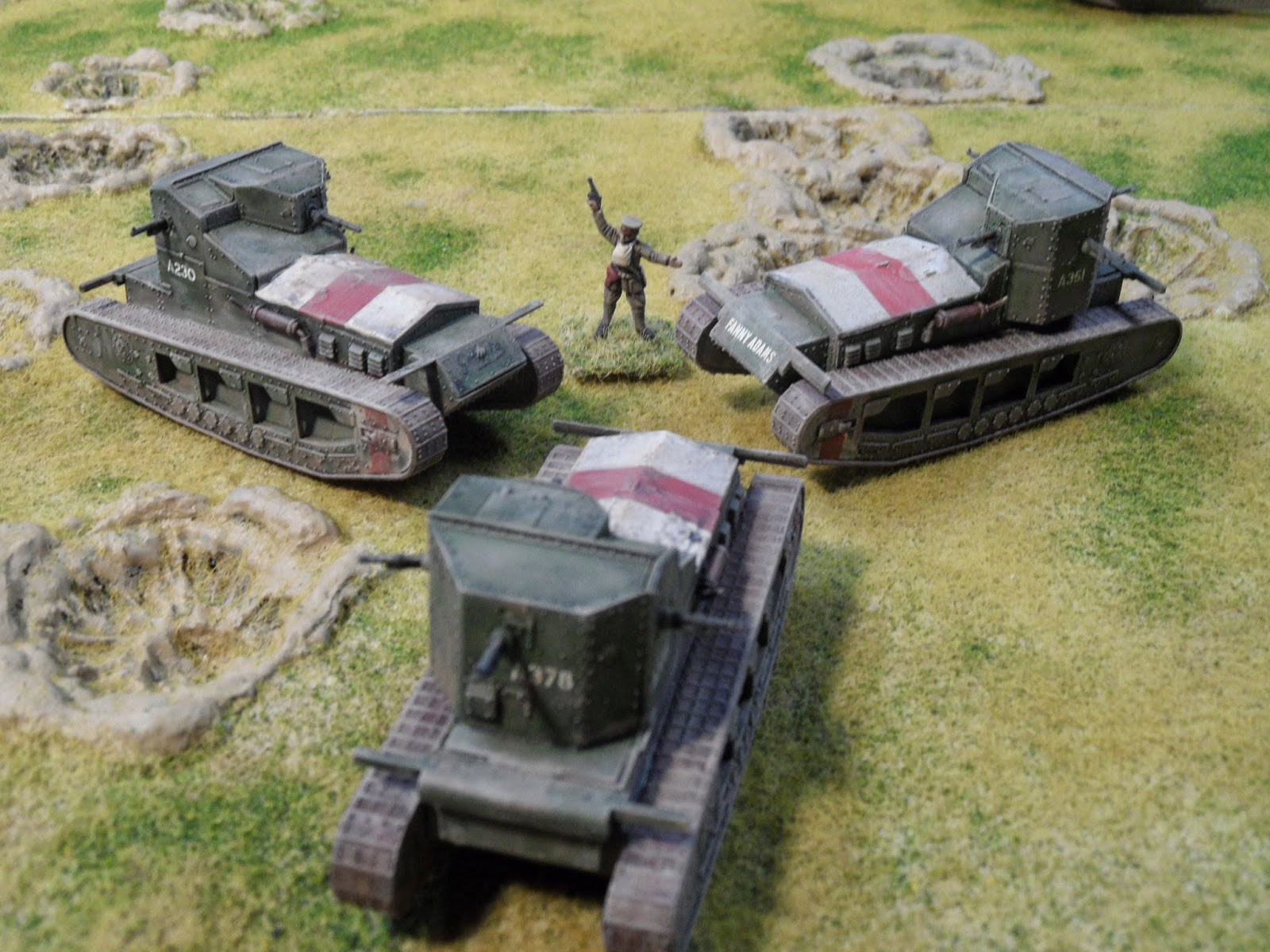 and large too,
it is striking how big Great War tanks were given their poor mobility and firepower, huge gains were made in the next twenty years 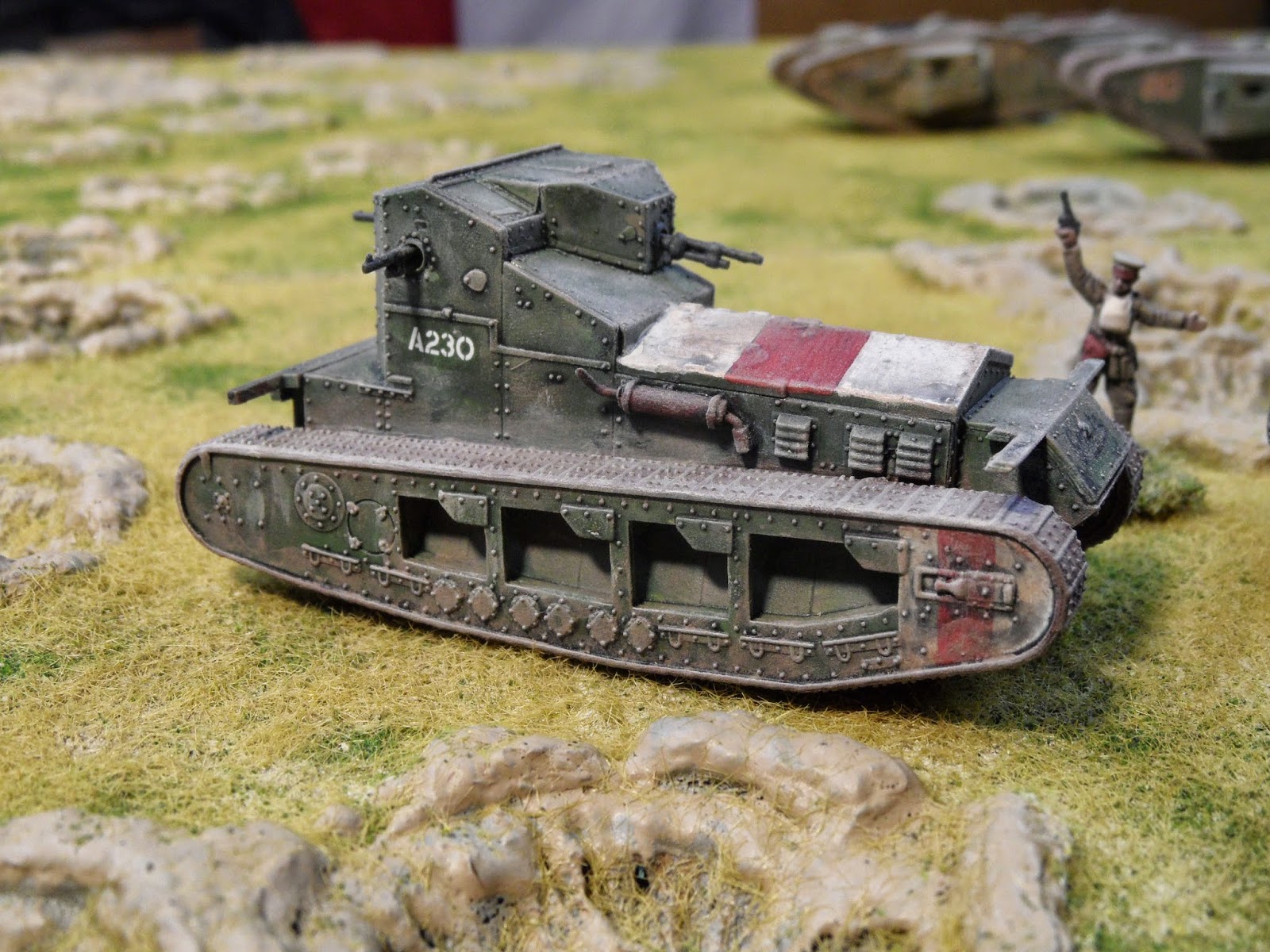 the delicate, but crisp, detailing really helps when weathering the model 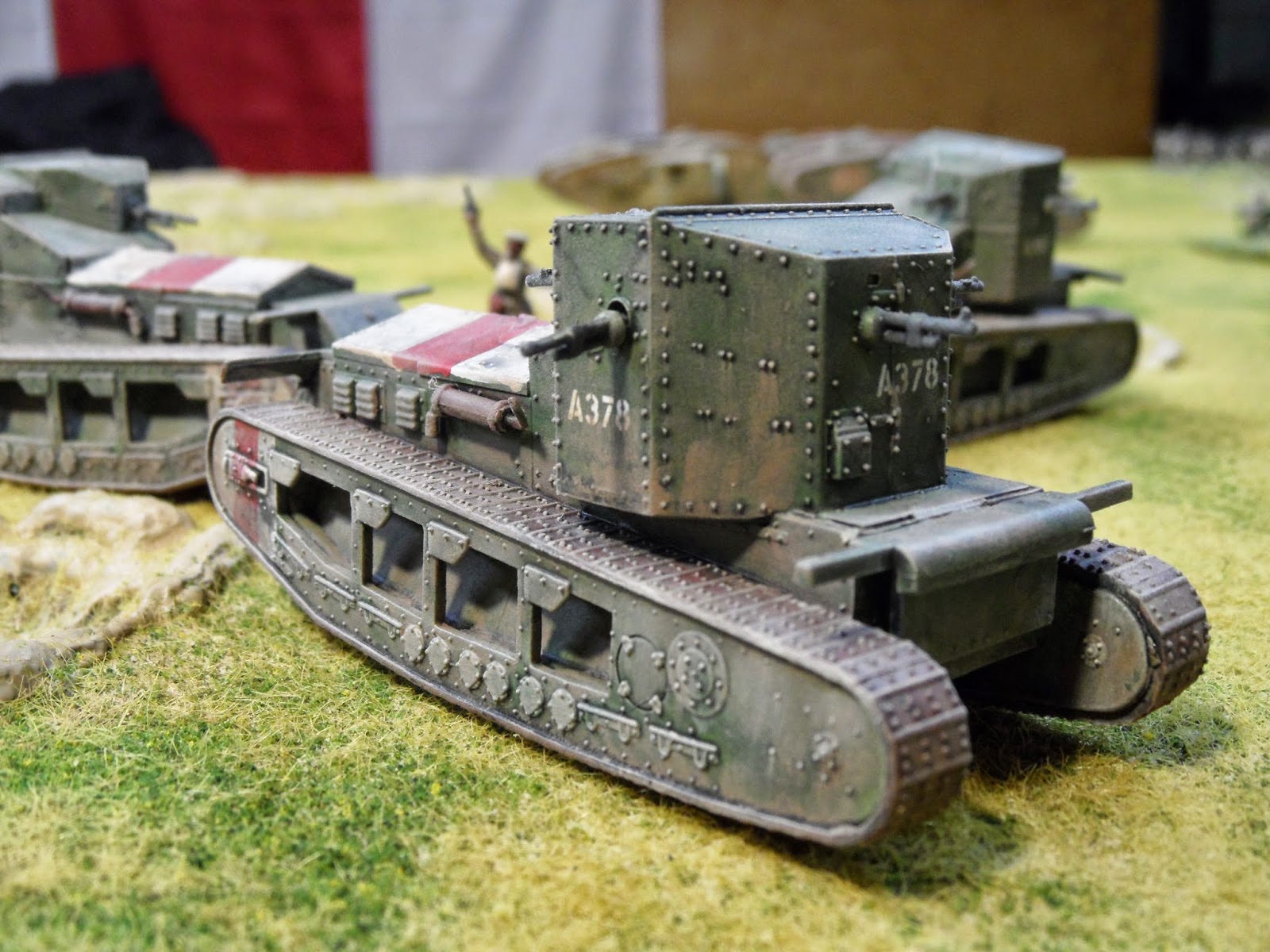 rear view
I painted all if the models using Americana paints (available from Michaels and Hobby Lobby) and gave them a shot of Krylon Matte Workable Fixative and then a good coat of Armory Matte Finish. I had already coated the minis on the same manner.
Posted by Anton Ryzbak at 6:15 PM