My lovely wife bought me the Proxxon hot wire cutter that I wanted for Christmas and it is everything that I had hoped it would be! I have been playing around practicing cutting blue board and whipped this bit up by accident.I ended up going with a French-inspired look with this one. I will do a step-by-step when I build the next one,
I just got all excited and built this one so quickly I had no time for photos 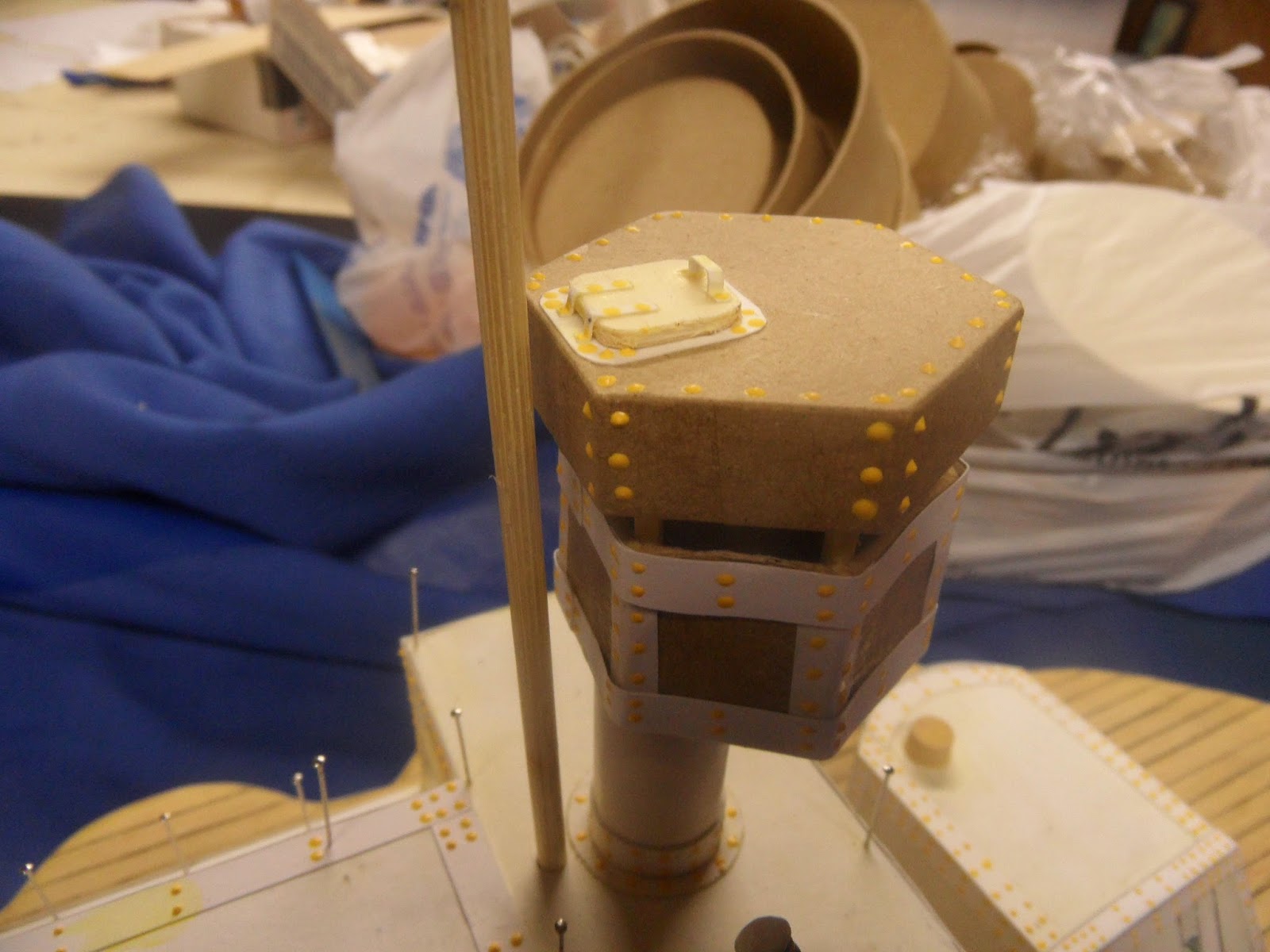 just some rivets on the fighting top 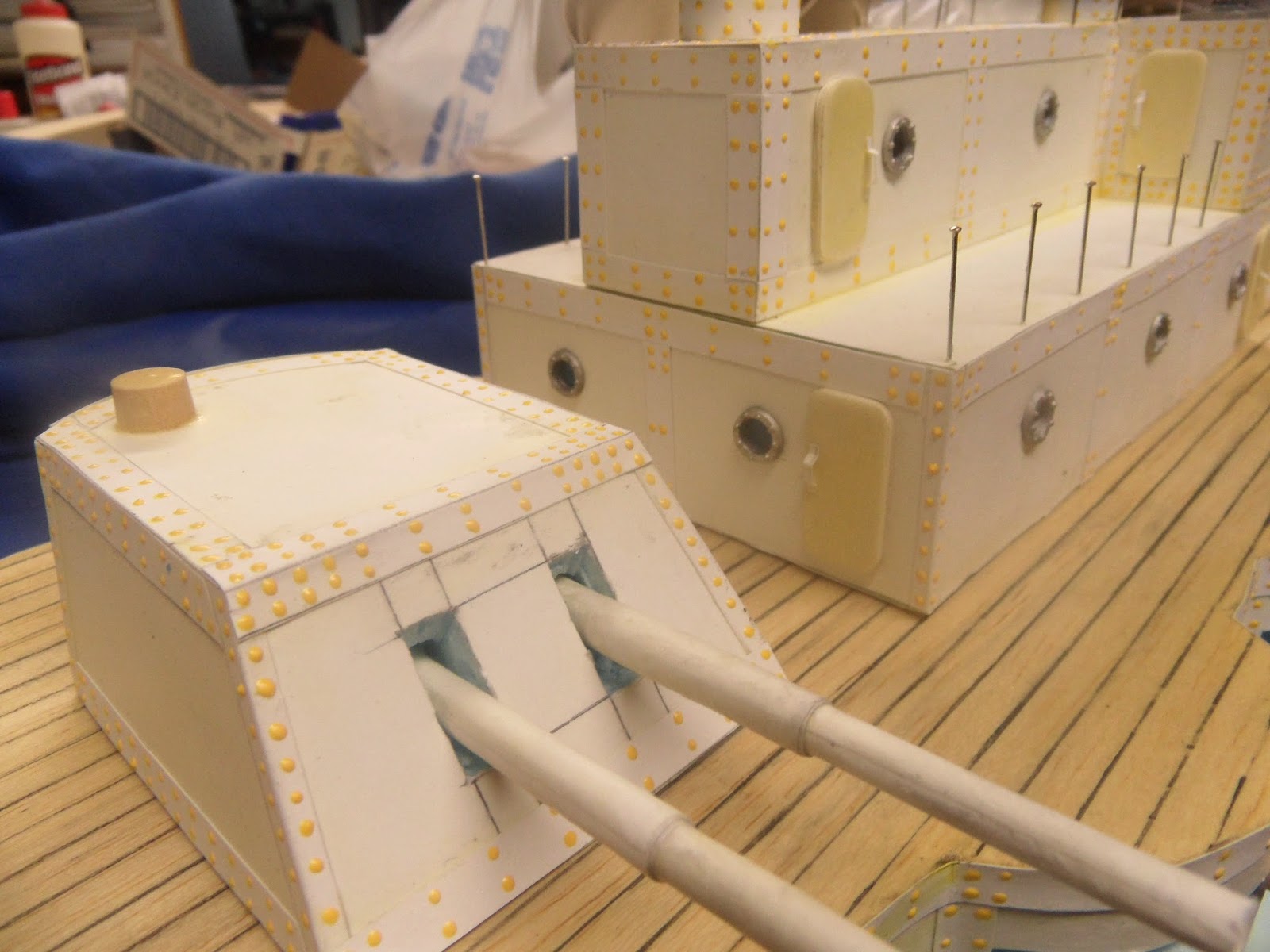 and on the turret as well 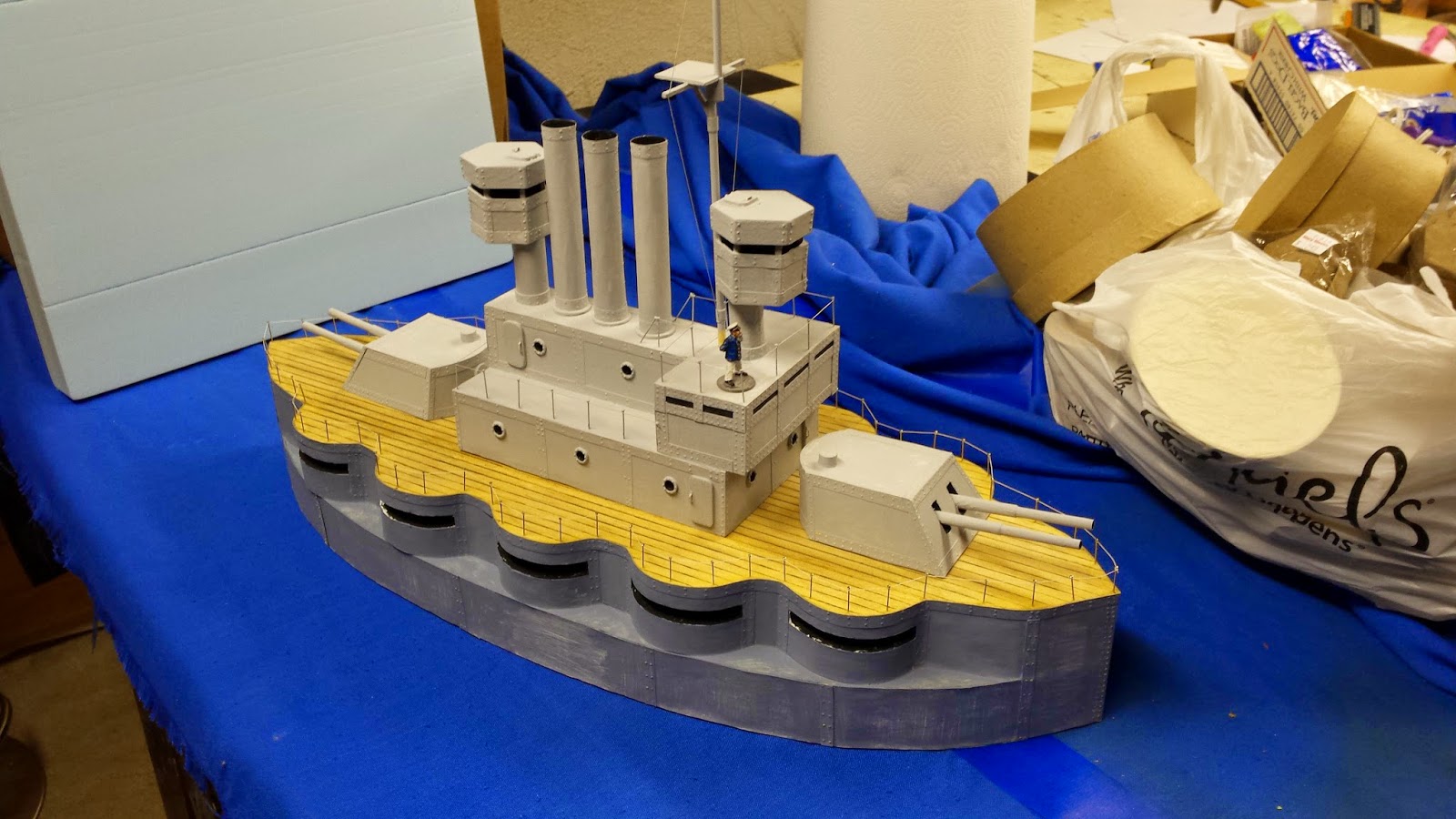 then I threw some paint on it,
somehow it looks too modern in this scheme.
a change was needed 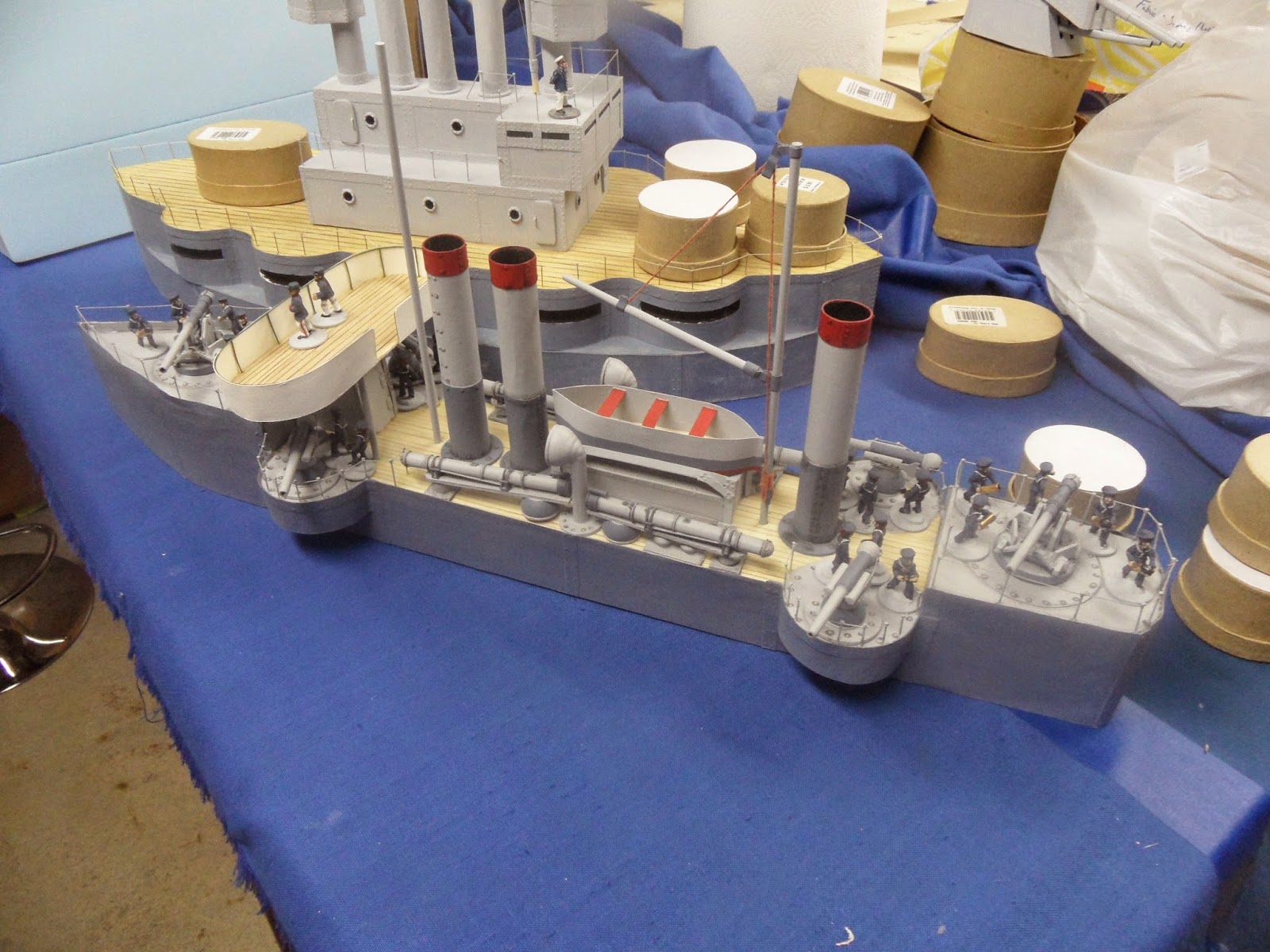 for a short moment I thought about building open barbette,
then I remembered that painting the crew for the Nemesis took longer than building and painting the model, these are most TVAG's product, Reviresco and Pulp Miniatures make very nice crew as well

So with open mounts no longer an option I had to consider other arrangements, old photos showed that the French were leaders in avante-garde design so I followed some of their examples; 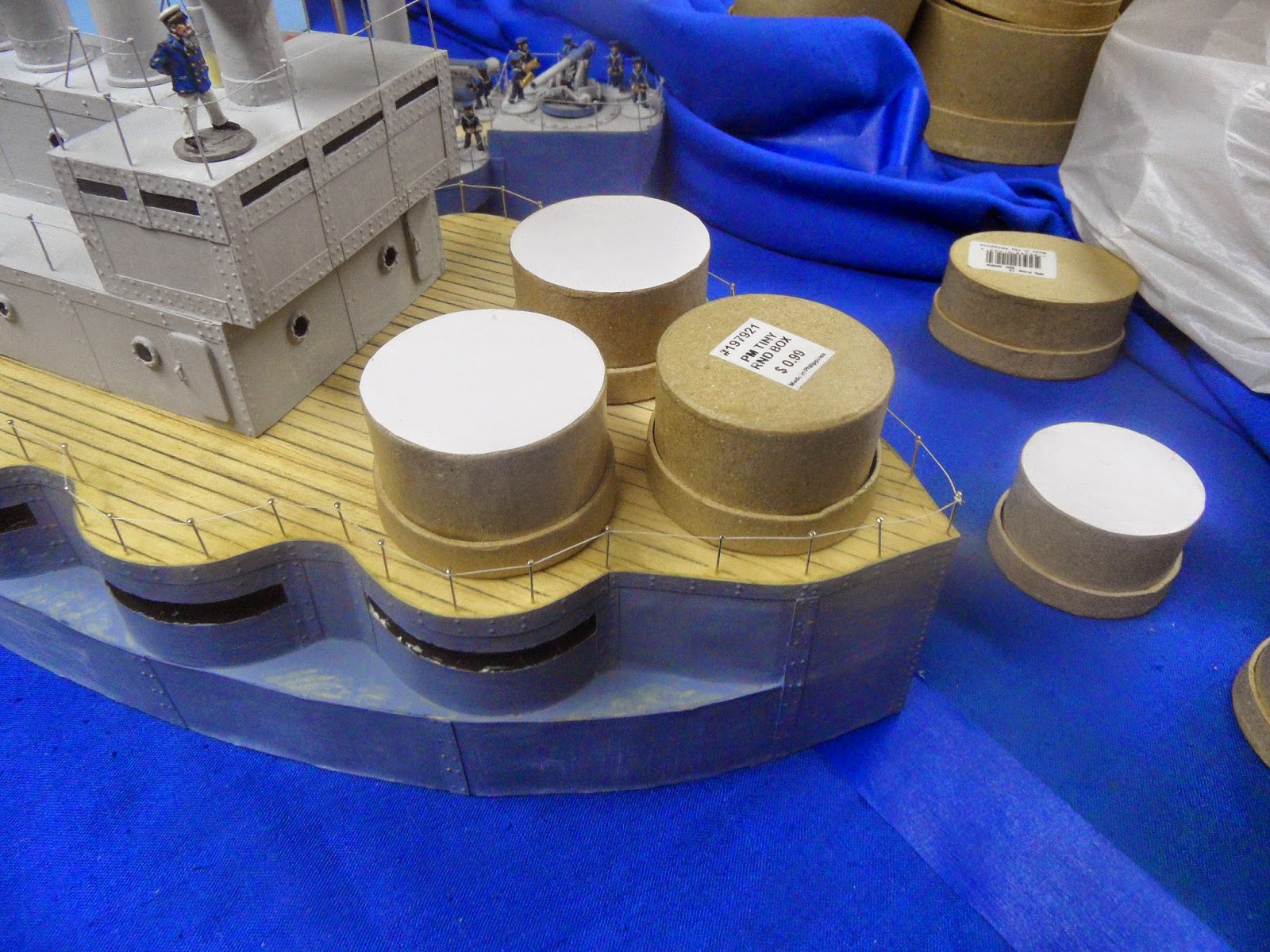 the Dupuy de Lome three-turret set up, I decided that this was too crowded,
but I do think that I will revisit this soon 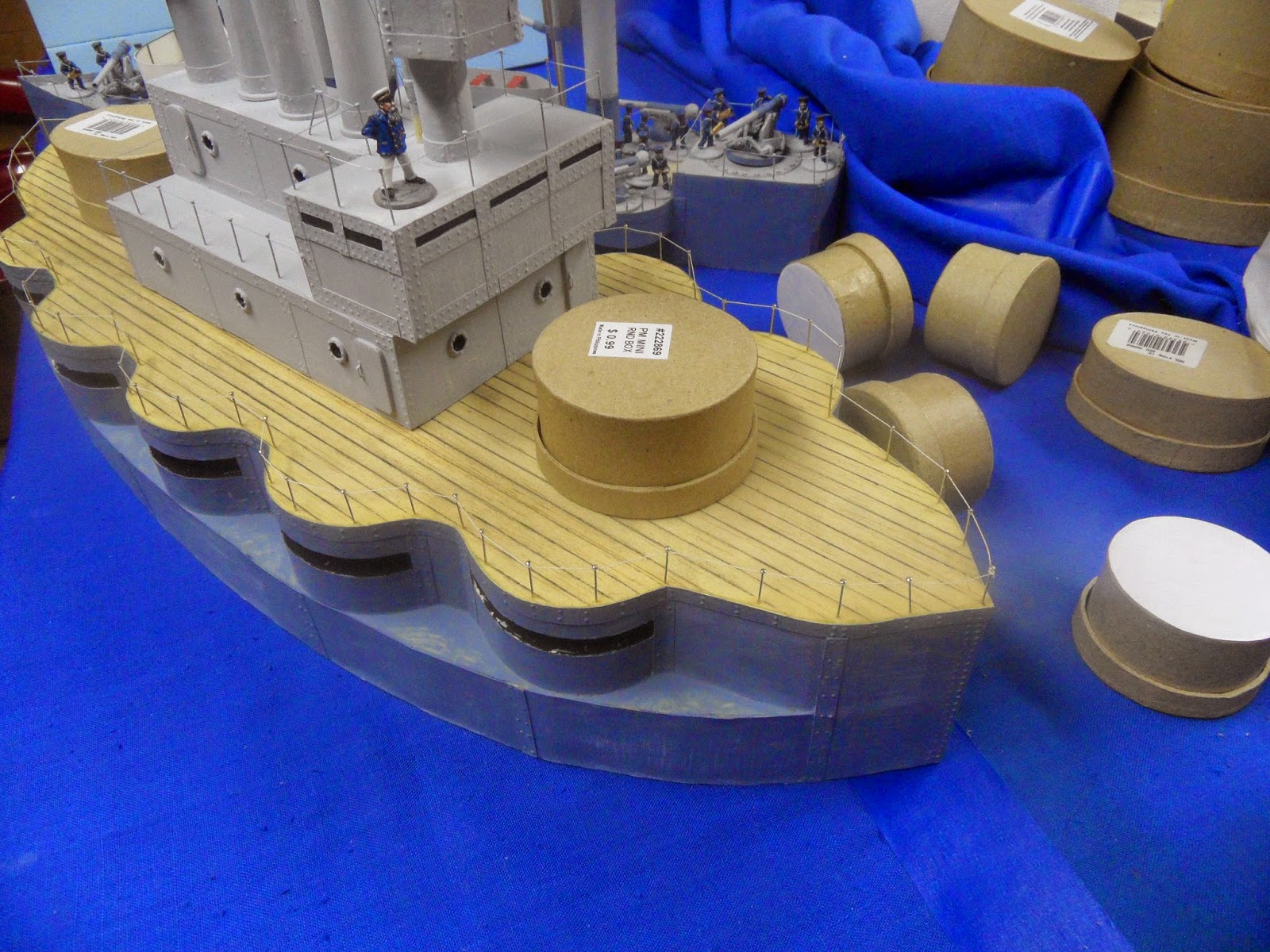 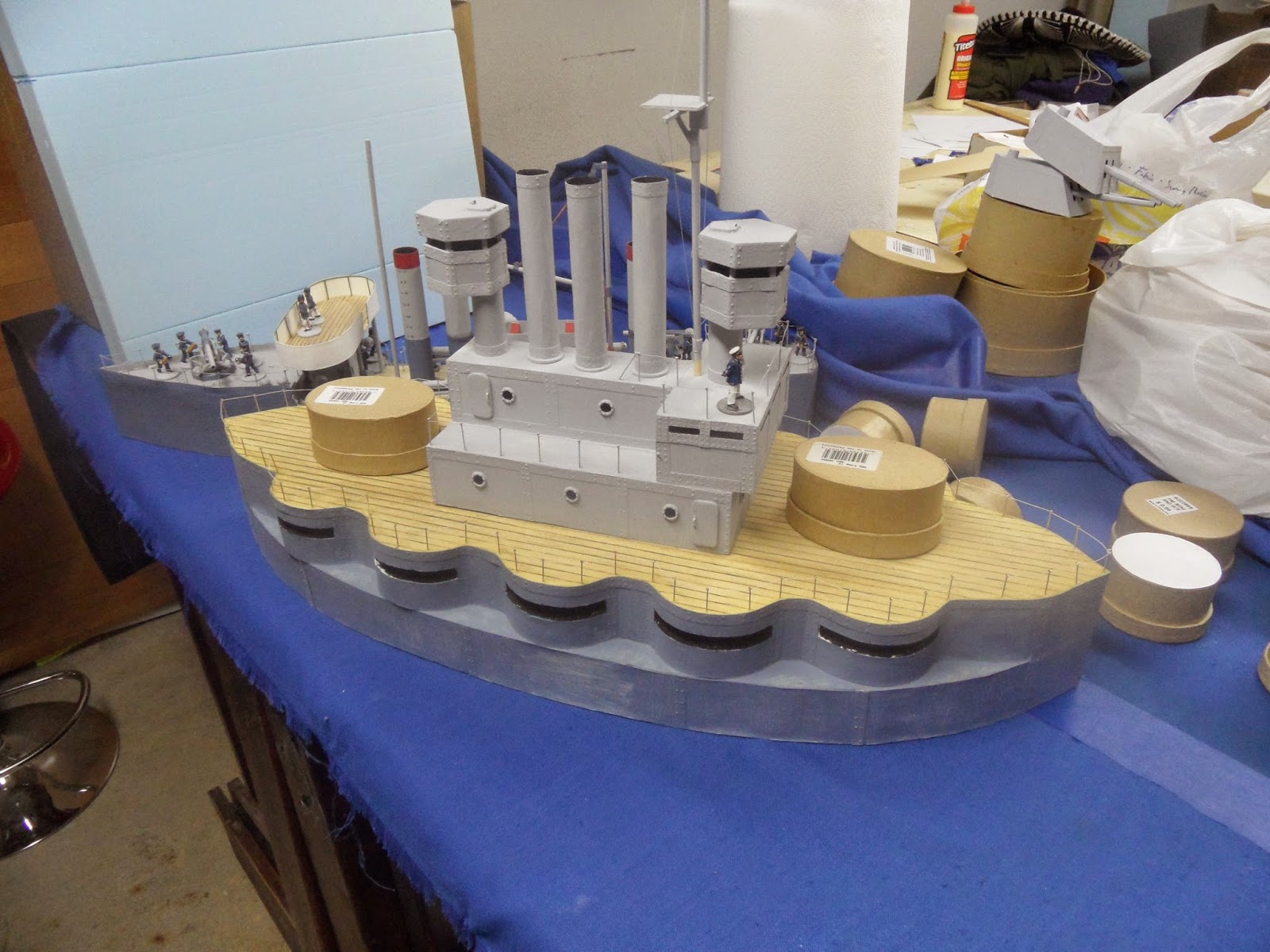 then there is the oval shaped turret,
the French liked these with very long gun barrels and prominent barbettes beneath

I am leaning toward the oval turrets right now but I have decided to think about it over the weekend before I start work on anything. As always input is both appreciated and welcomed!
Posted by Anton Ryzbak at 11:44 PM