Too Far Down The Rabbit Hole

After considering the input over at TMP I decided that this one was too far in one direction to be "fixed" to look French. Thus I decided to finish it as the ship of an "interested neutral" the particular nation to be determined later. So here is the battleship in its final form, if not its final configuration (she still needs life boats and ventilators).  In the background you can see my next effort, hopefully this will turn out more "French"! 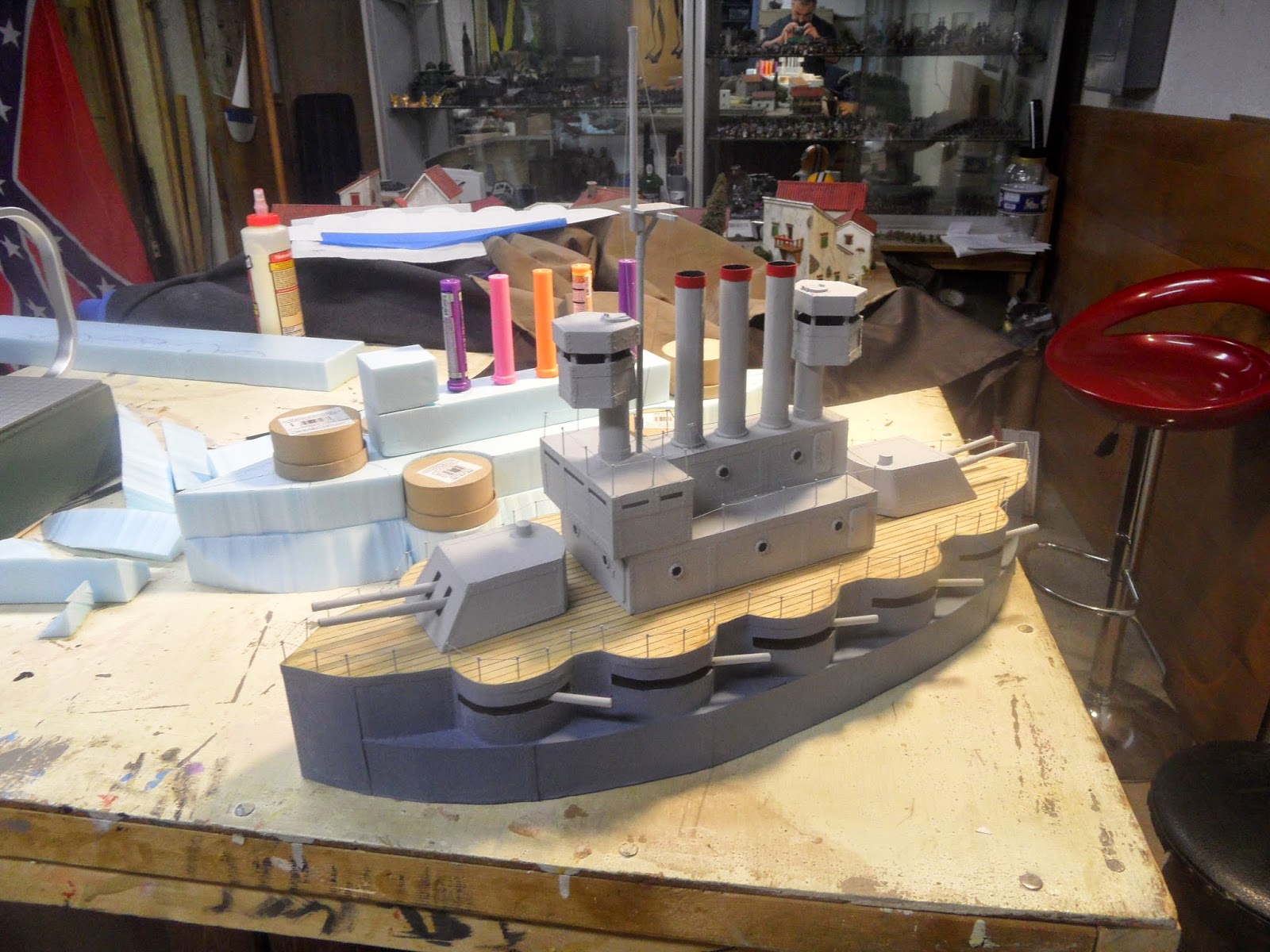