I didn't take my usual round of photos but I did manage to snap some shots of a couple of games. One that was so pretty I was sad that the sign-up was full, another that wasn't scheduled but I was lucky enough to get into by happenstance and was every bit as good looking, but in a different way

Click on the pictures to get the full effect of how well done these figures and models are, don't waste time fiddling with your phone, get to a real computer with a big Hi Def monitor, it is worth it! 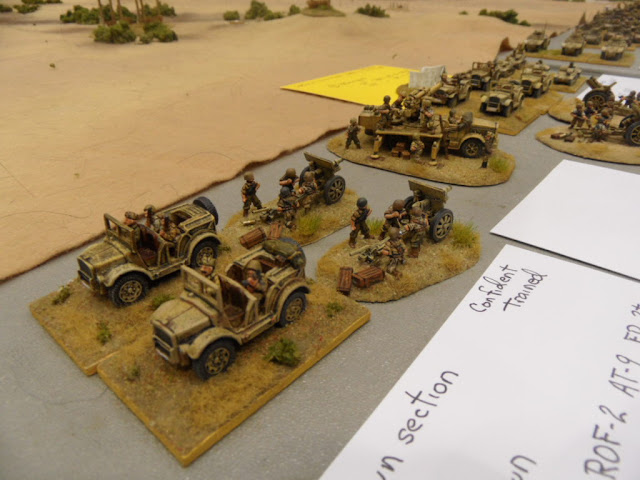 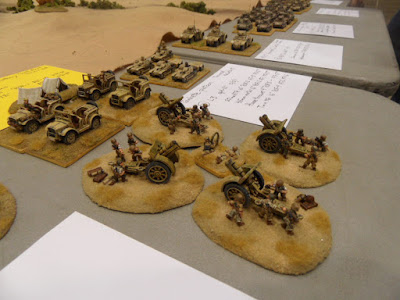 the models were superbly painted and based,
I confess that I am envious of such skill and energy! 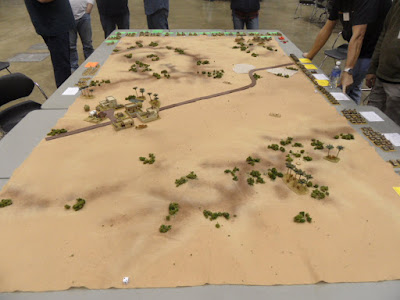 the scale of the game was simply staggering as well! 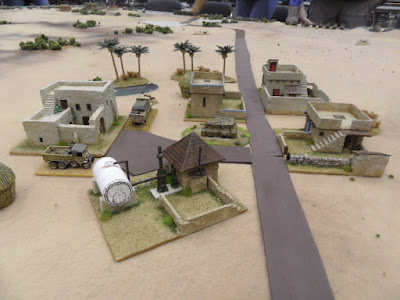 but it wasn't a case of impressing by scale alone,
every single bit of terrain and every model were painstakingly painted, detailed and weathered 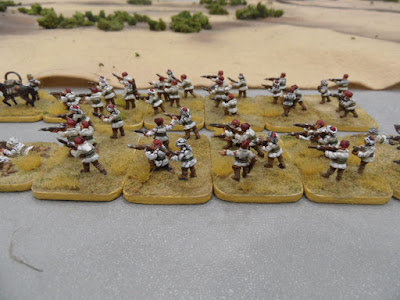 even the infantry were a delight to look at 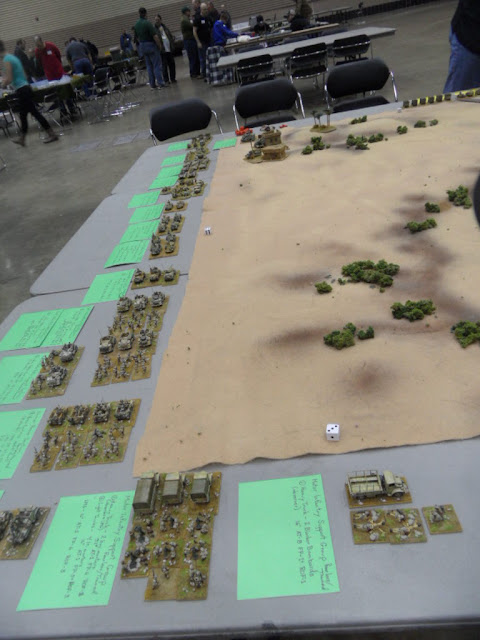 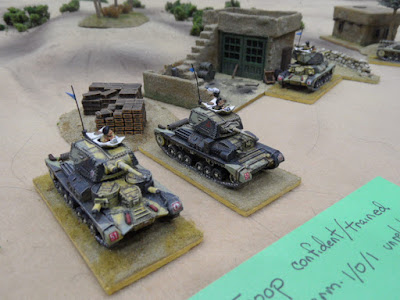 and the meticulous detail of the models embarrassed my humble efforts 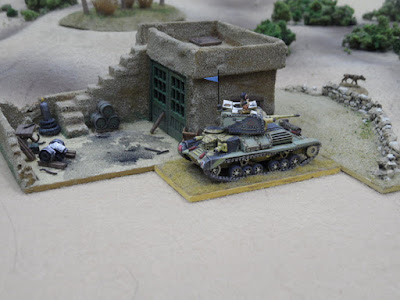 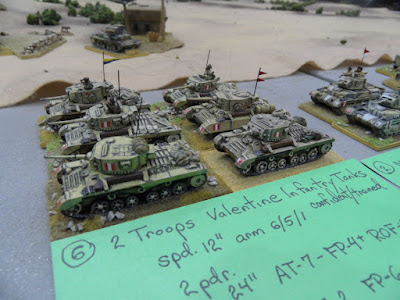 the number of models was astounding 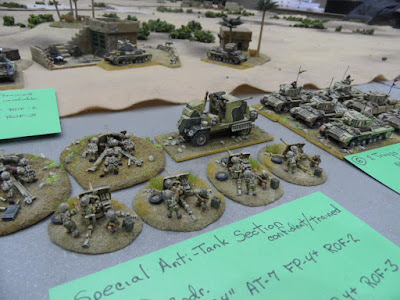 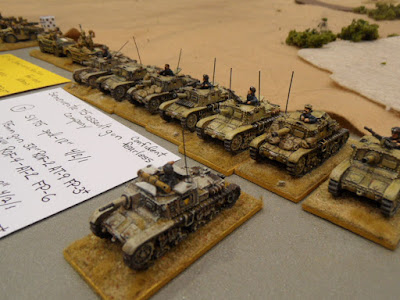 the Italian Semoventes, lots of them! 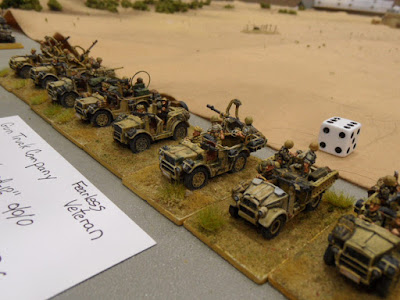 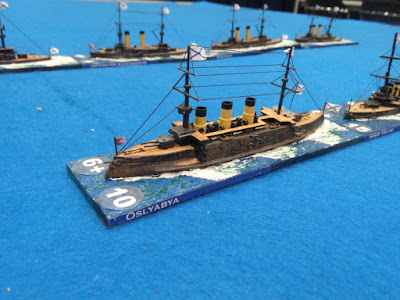 then there was the game I ended up playing in, I have seen these models before and was amazed by the level of detail that had been added to the (less than impressive) Houston's Ship's  Russo-Japanese War , I have some of these models and they remain in the package as they did not seem worth the effort, apparently if you know what you are doing (or are willing to do a LOT of extra work) they turn out to be lovely models 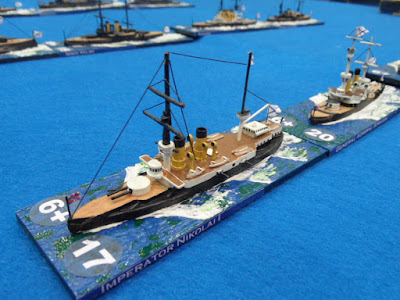 again I am at a loss to name the fine gentleman that turned up out of the blue (pun intended) with this gloriously good looking game as I had jotted down his information on the same (now gone astray) sheet of paper, needless to say he is a grand fellow and a master craftsman as well 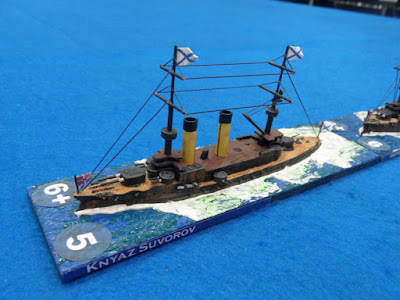 the look of a Pre-Dreadnought just tickles my fancy! 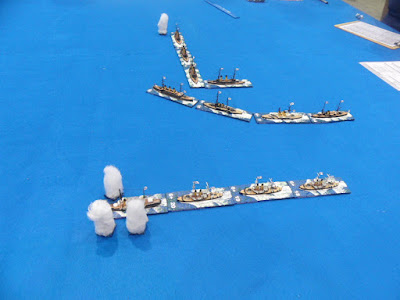 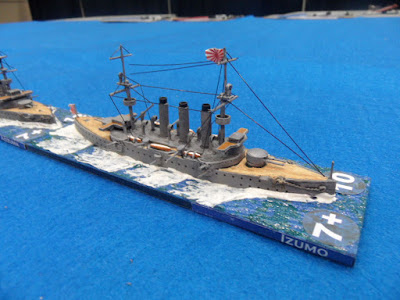 the Japanese forces looked every bit as good 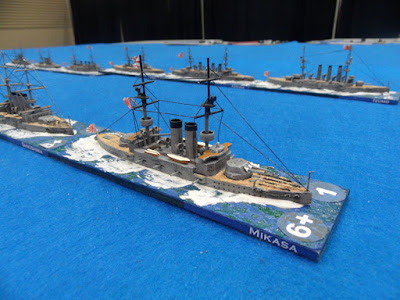 en-masse they were quite a spectacle 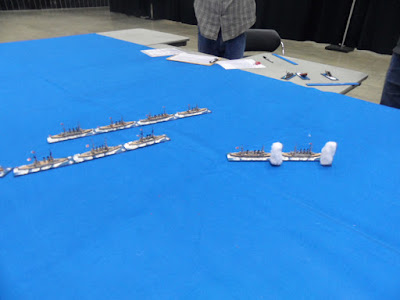 it is a fine thing to watch fleets maneuver 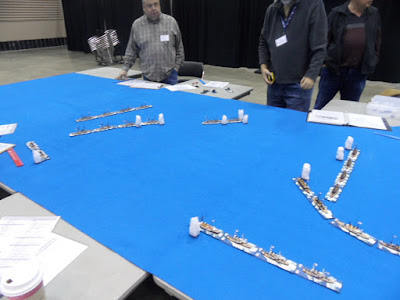 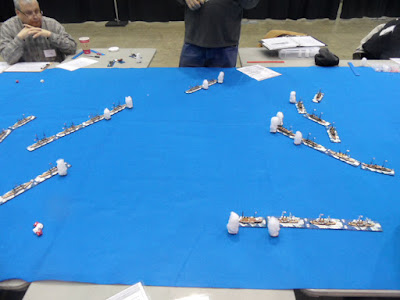 we were not successful at this 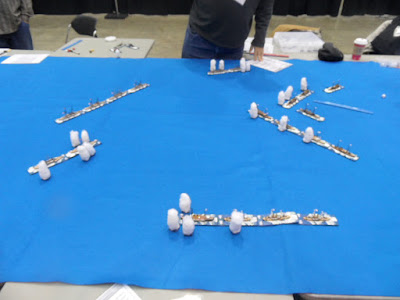 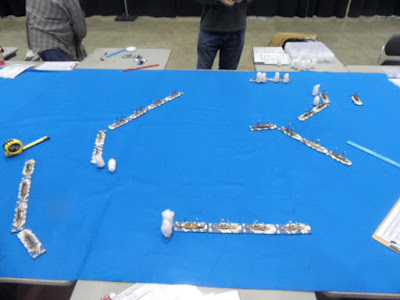 oh, and we turned away from the objective 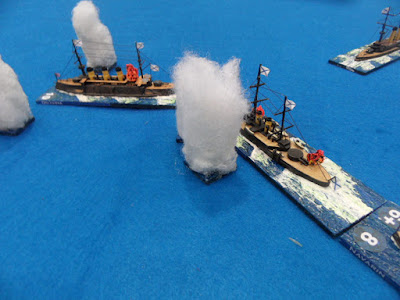 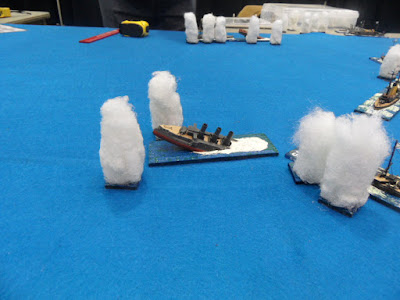 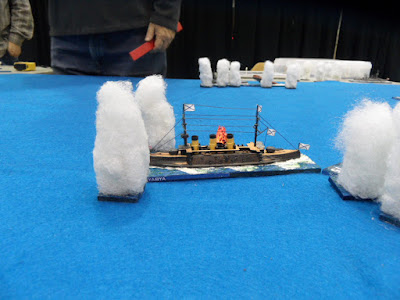 but through some good luck, and by concentrating all our fire
we did achieve something the real Russian Navy did not.... 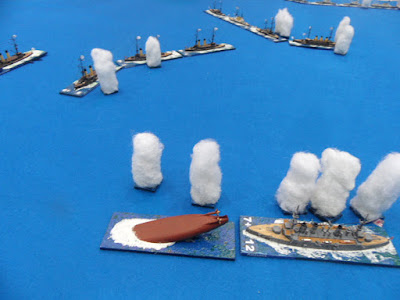 we sunk a Japanese capital ship!


My apologies to the hard-working and talented game-masters for losing the information and thus not being able to credit them for their Herculean labors. I am sure somebody out there has the great good fortune to play with them and enjoy these beautiful models so please credit them in the comments section below.
Posted by Anton Ryzbak at 9:48 PM