It has been an embarrassingly long time since I updated this building project. But it also has been an embarrassingly long time in building. However it is finished at last. One of my oldest and dearest friends, The Housemartin, is playing D&D with his children and asked that I build him a model of one of his long-cherished ideas; the Frontier Forts of Kelnore. He provided a much-used copy of the original booklet which provided floor-plans. and I got to work (albeit slowly).  At long last I have finished the project.

I will compile the postings and add them top the Adventures in Blueboard and Foamcore page. Comments, criticism and suggestions are all welcome. 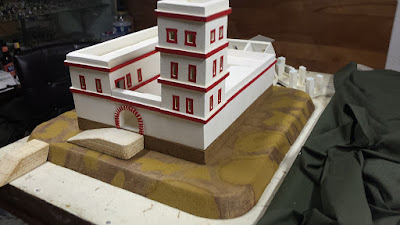 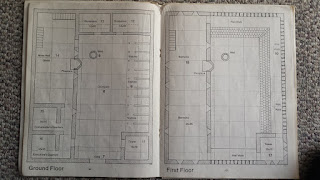 the floorplans from the booklet;
the well, stairs and the fireplaces are missing from the model,
they will be added as separate pieces to allow more flexibility 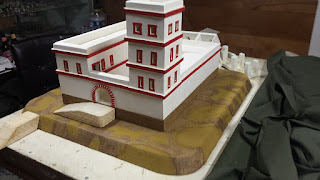 the model on its base 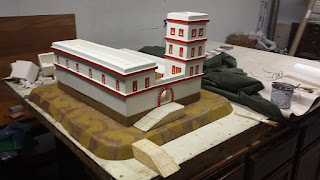 another view, the ramps are moveable as well 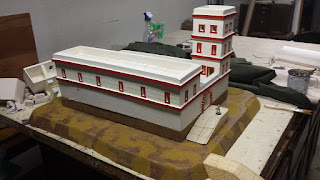 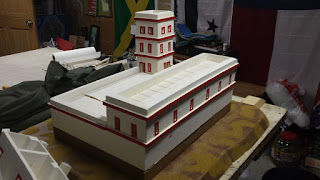 continuing around the model 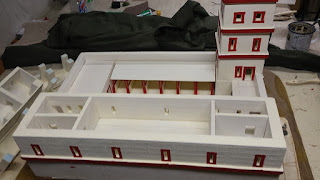 the interior of the upper floor,
the partitions are moveable 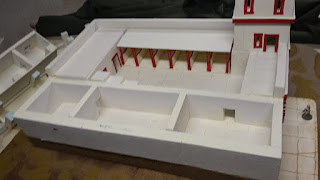 the ground floor of the barracks,
again the dividing walls can be moved or left out as you see fit 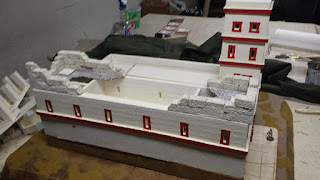 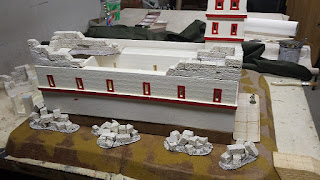 with the rubble at the base of the wall 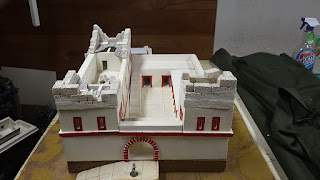 the tower ruins fit on any level 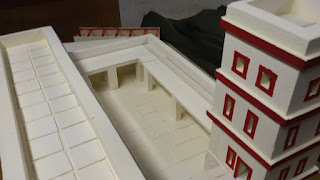 interior options to replace the stables a basic wall-walk 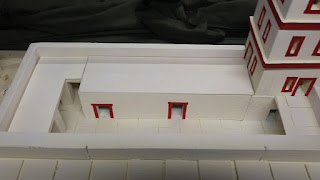 or an extended storage area 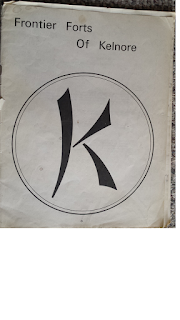 the booklet that started it all

This turned out to be a much larger model than I thought it would be, partly because The Housemartin intends to use it for fantasy role-playing and the models associated with that are often MUCH larger than the alleged 28mm and also due to some basic math errors as I was agreeing to build it for him.
Posted by Anton Ryzbak at 12:22 PM