WAY too long at sea!!

I finally got my second tramp steamer done and decided to weather it. I got started and then just kept going. Now the ship looks an awful mess, too many years at sea without a proper refit are really leaving their mark! The only thing kept in a decent state of repair is the lifeboat (doubtless because the crew figures it will be needed sooner rather than later!) This model is smaller than my last one and takes up a fair bit less table. All the usual techniques were used building it (check here for the builds of the other ship models I have made) so I won't spend a lot of time on the blow-by-blow of the assembly. 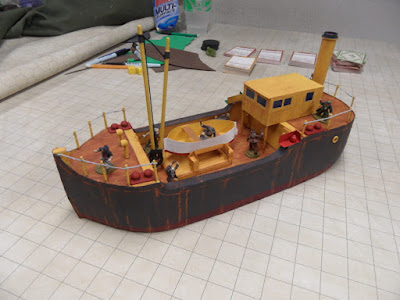 the gaming mat under the model is one-inch squares 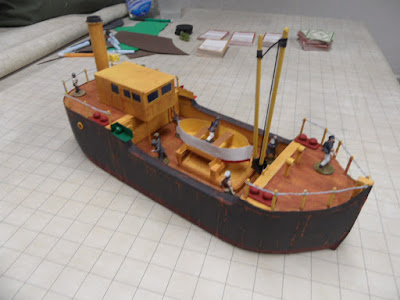 the view from the other side 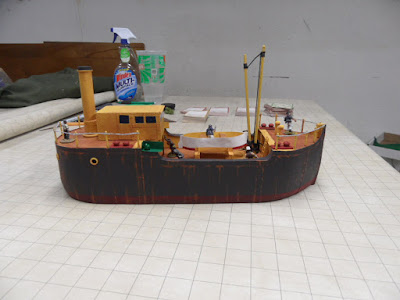 she is a stubby little boat 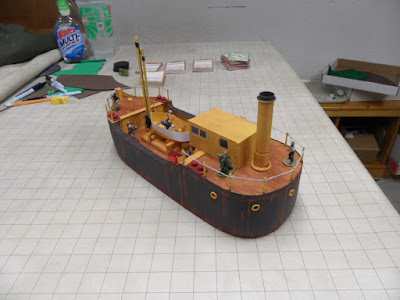 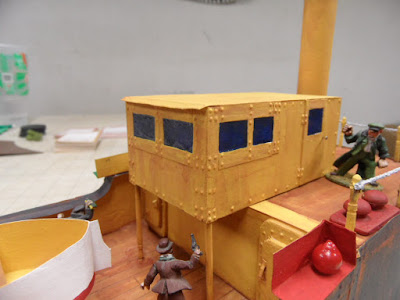 I have to confess, I do love rivets! 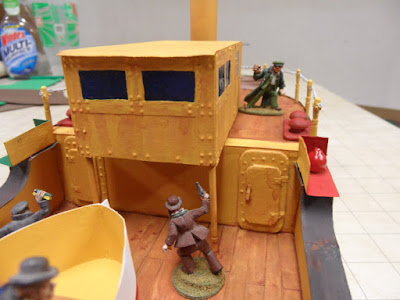 the doors are bits of thin plywood and card 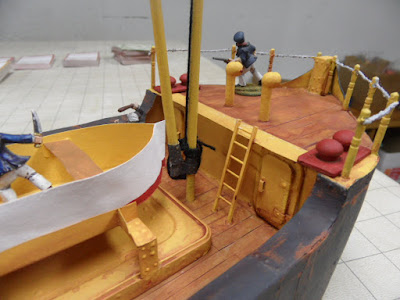 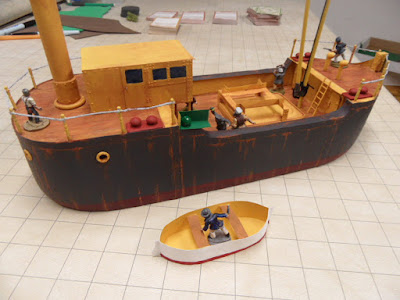 oh wait, the portholes, I refuse to scratch-build portholes! 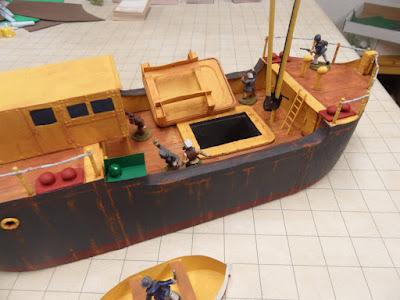 the main hatchway lifts off 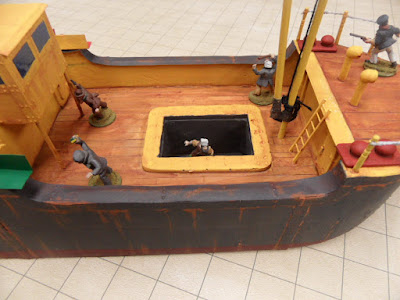 mostly so the crew can toss O'Malley in when he is on a drunk! 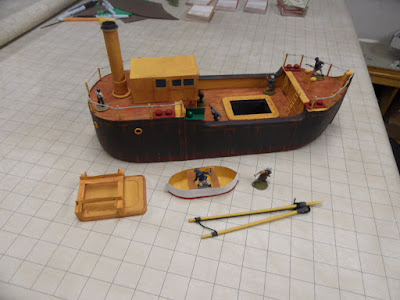 The crane comes off to ease storage,
I briefly thought about making the funnel removable too
but changed my mind