These just showed up at the local Brick amd mortar hobby shop. As a loyal supporter of that endangered species I spent my money at the store and brought home a box of these little beauties. They fall into the format of previous Perry Brother's releases........and as usual they leave me searching for adjectives that adequately describe the quality of the product. Superb, excellent, wonderful, crisp, anatomically accurately proportioned, golly-gee-whiz-they-are-great!

Now that I have that out of my system, let us get down to business. The nicely illustrated box contains the usual printed sheet of suggested uniforms and two flags, one national, one regimental, one sprue of four command figures, two sprues providing a total of six skirmishers, six sprues of five infantry figures and finally a sprue of bases to mount all of the figures on. 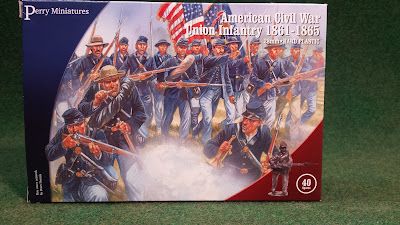 the box demonstrates the usual high standard of all Perry products 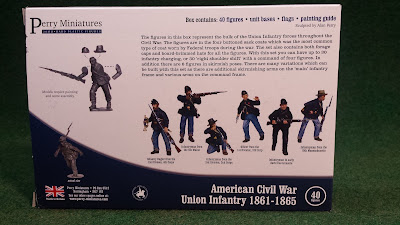 the back of the box, several examples of uniforms,
sadly there wasn't much variety in Union uniforms 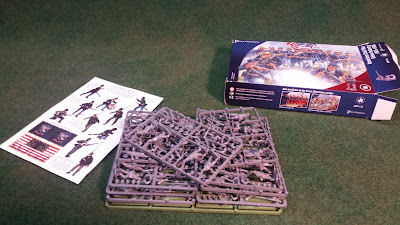 the tightly-packed contents of the box 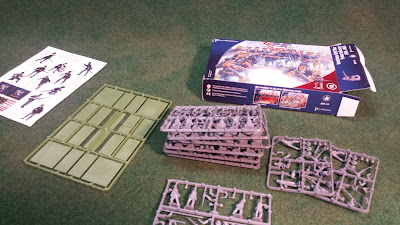 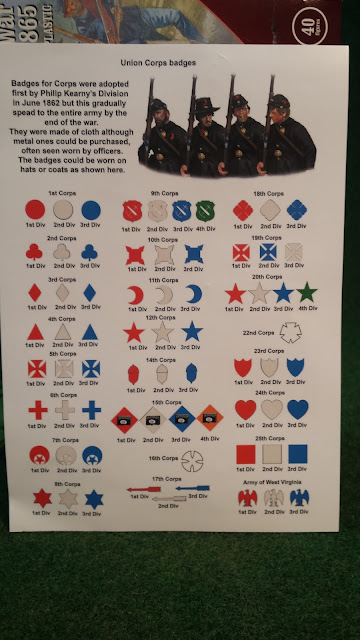 when confronted with the choice of blue with blue, or blue with dark blue
it is important to consider the minor difference that Union troops displayed
Corps badges were one of them 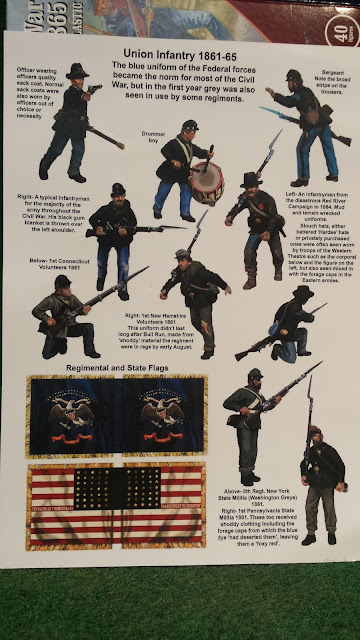 photos of actual painted models inspire me to make the effort 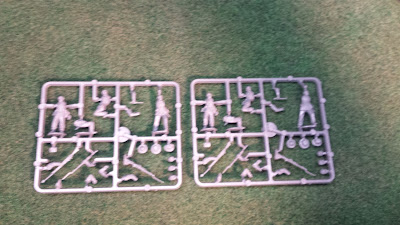 you get two sprues of skirmishers 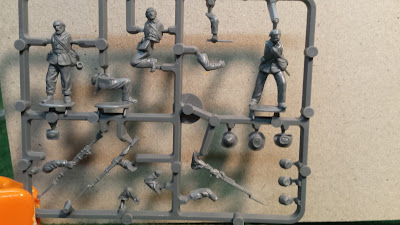 upon closer examination they are very well done, front of sprue 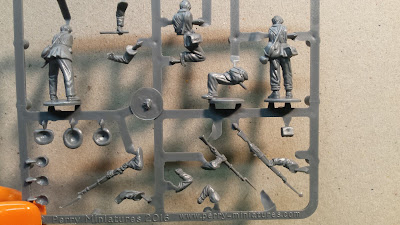 the back of the skirmisher sprue, the dfetail is phenomenal 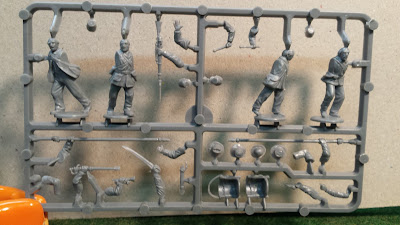 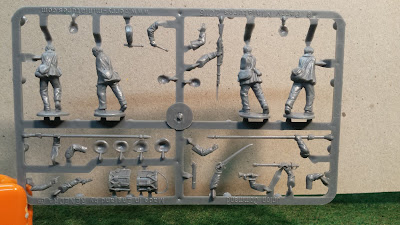 the back of the command sprue 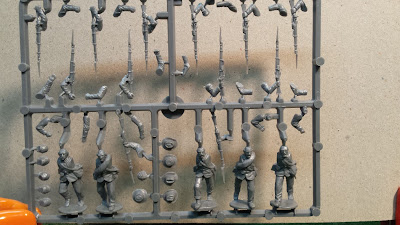 the front of the basic infantry sprue,
they can be assembled at "the charge" of as a firing line 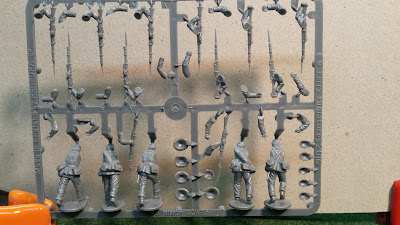 the rear of the same sprue, the detail and posing of the figures is remarkable

All in all this is a truly useful box to truly top-notch figures. If you are doing ACW in 28mm you need to buy this Very Highly Recommended.
Posted by Anton Ryzbak at 10:56 PM