I have added a second game at Spartacon this year, I will be running a big 1/72 scale armor game set in southern Russia in the summer of 1942. In reviewing my stock of German ground support aircraft I found that I was rather short-handed. To remedy this I dug deep into the "this was once an important project" pile and recovered an MPC copy of the redoubtable 1970 vintage Airfix Henschel HS 123. I had three of these kits but had never opened the box (confession time, they have been in that project pile since 1984, yes, upwards of thirty years) so could only guess what the model looked like or how well it had been molded. Having built a few of MPC's other products in the past I was prepared to be disappointed.....

To my surprise and delight it was perfectly molded and cleanly cast, with excellent surface detail and superb fit. It took less than twenty minutes to build the model and just over an hour to paint it. The only unimpressive feature was the decals which were rather thick. If I had a bottle of Solvaset around this would have been less of a problem. Anyway, I now have a nice little addition to my German airforce and have added an airplane to yearly out put. 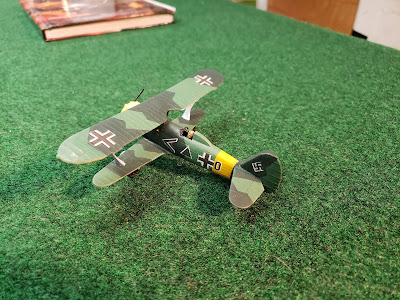 the model was dream to put together, only small seams at the wing-root 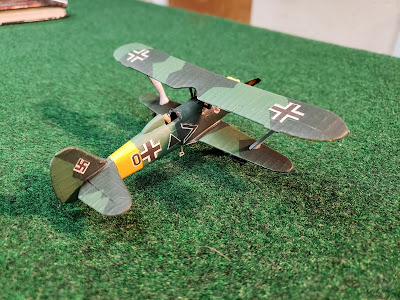 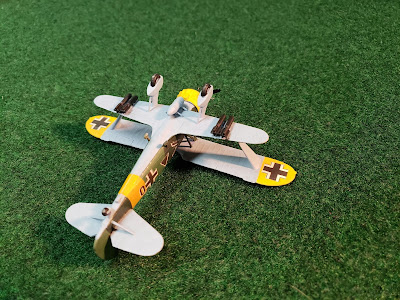 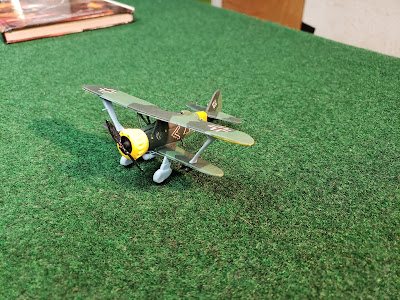 me, I just like an aircraft with a fixed undercarriage and spats