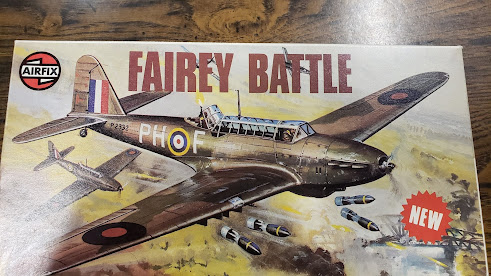 Another addition to the "What Were They Thinking" collection and a moving target for German fighters when we play Check Your Six this very old model of a truly regrettable aircraft shows its age. Giant rivets, poor fit, foggy clear parts, and moving ailerons all scream "1968". But when you are looking for a model of a Fairey Battle your choices are sharply curtailed, it is either this old war-horse or hunt up a copy of the MPM/Special Hobby kit and be prepared to shell out some serious cash. I guess it is "good news" that Airfix has re-released this kit.

The actual bomber was an unmitigated disaster. Slow, underpowered, under-gunned and capable only of horizontal bombing this flying deathtrap for three brave aviators often encountered 50% casualties per mission (only the Kamikazes had a worse return rate). There is a very interesting Wiki available here. 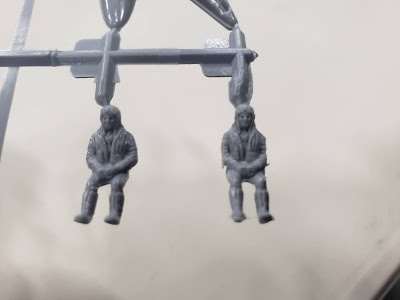 at last, some nicely detailed crew figures,
I might just make molds of these lads 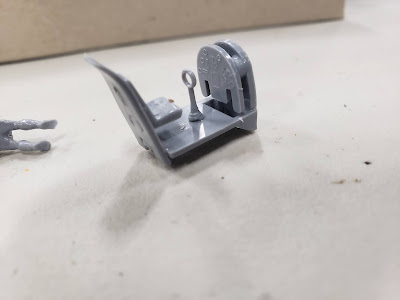 and a nicely detailed (for 1968) cockpit 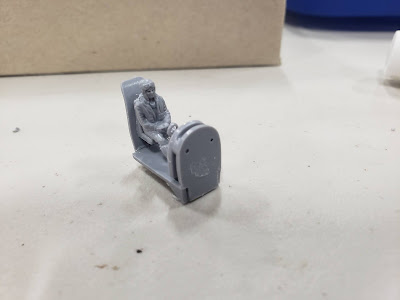 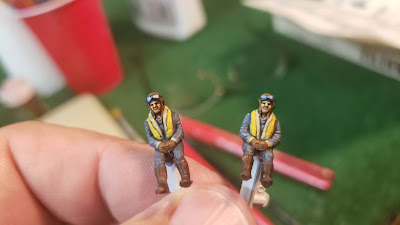 the boys look even better with a dash of paint,
why are there only two you ask?
because the poor sod bombardier was trapped inside the fuselage
peering down through a bombsite in the floor of the plane 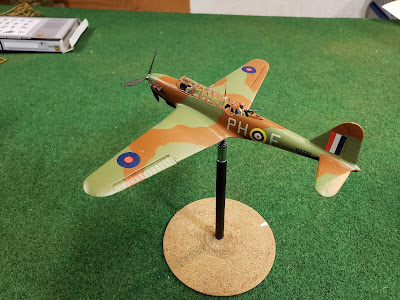 after the usual round of gluing, swearing, sanding, puttying, and more sanding
it turns out a decent looking model,
of course I cemented a nail inside  so I could use my magnetic flight stand 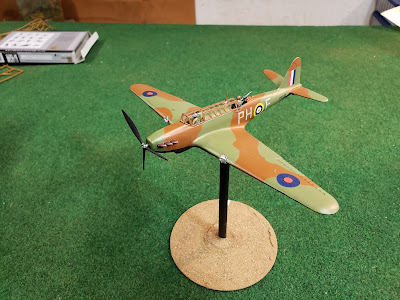 the canopy was particularly ill-fitted 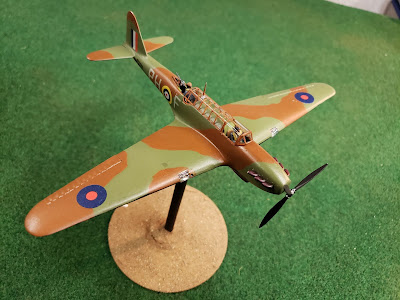 a near-match, perfomance-wise, to the JU-87 (except for that whole dive-bombing thing)
the insistence on un-escorted daylight bombing mission made the Battle's career rather short 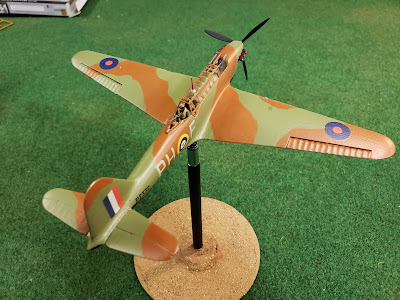 despite its flaws it was a graceful-looking bird 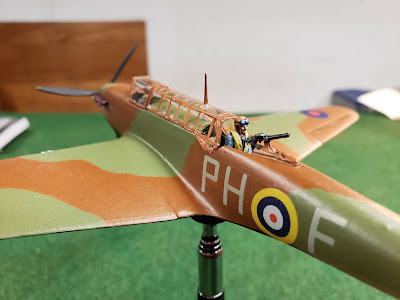 he looks all too happy to be a Battle crewman! 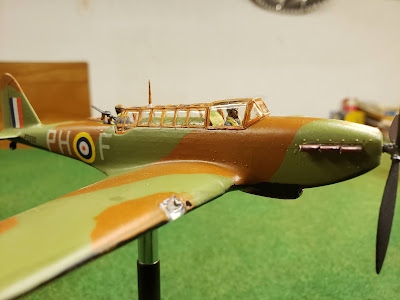 I'm always impressed at how much a coat of Future floor wax
can improve old foggy  plastic windscreens
Posted by Anton Ryzbak at 1:05 AM