Hey Look!! Another Rabbit-Hole to go down 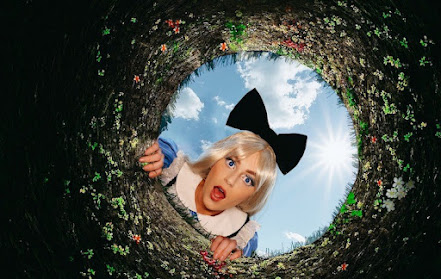 The guys at Bastion Gaming Center were all building forces in 28mm to play Napoleonics using  Black Powder rules. I already had piles of plastic that I had either bought to review or had acquired through trades. Happy to fuel the fire I let some boxes go at a discount to the guys that were assembling their armies. As I looked through the Hill of Guilt (the plastic one, the metal figures are stored in the Mountain of Shame) it occurred to me that I could build a Prussian force for the 1813 campaign only needing a unit of cavalry and a couple of cannon. Of course I fell for it!

After a couple of evenings assembling and priming the figures I found myself the proud owner of  two-hundred and sixteen 28mm foot figures in need of paint. A couple more evenings of pounding through the process I still had 216 28mm figures in need of paint, but just a little less in need of paint. I am using a chaotic mixture of blocking, washes, contrast and shading as I work through this mountain. My objective is to have them done by Thanksgiving, but we will see how that pans out. The only addition will be a regiment of Dragoons, a regiment of Landwehr Cavalry and a medium foot battery. This will allow me to represent the 11th Brigade of the Prussian II Corps at the battle of Leipzig in 1813 (with a few battalions of infantry to spare). 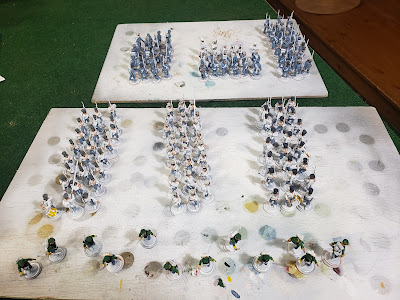 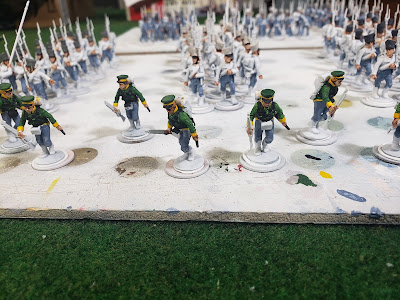 the Friewilling Jager had to go first 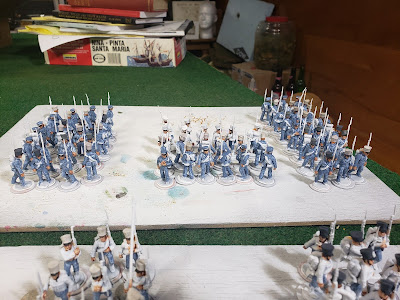 while the Reserve got stuck with their dull blue uniforms
Posted by Anton Ryzbak at 2:07 AM