Like a Phoenix rising from the ashes; Pro or Con 2021 a quick review

What a pleasure it was to walk through the doors of the Elk's Lodge in Plymouth and see a host of familiar faces and rows of tables waiting to be adorned with toy soldiers! Conventions are back at last.  As was to be expected turnout was lower than in years past but better than one might expect. There were many games on offer and everyone was soon happily rolling dice and moving troops about. 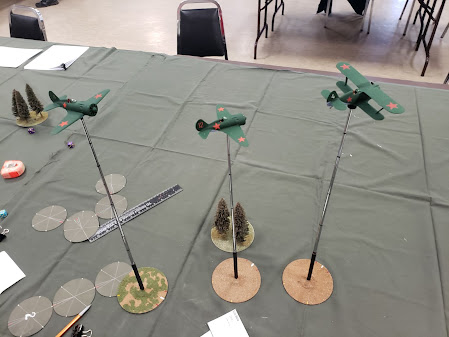 Russian fighters on the prowl

I presented my 1930s air combat rules Red Stars and Rising Suns with a scenario that had a Japanese attack against a road convoy being intercepted by a Russian fighter patrol. The players picked up on the rules right away and were soon busy shooting each other out of the sky. 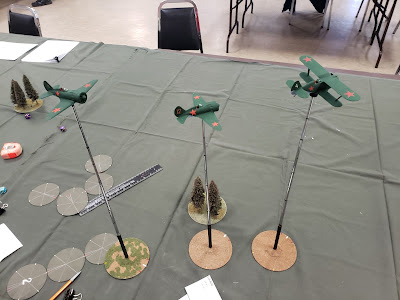 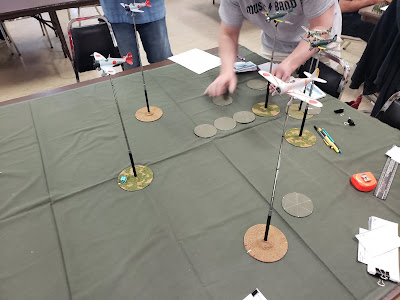 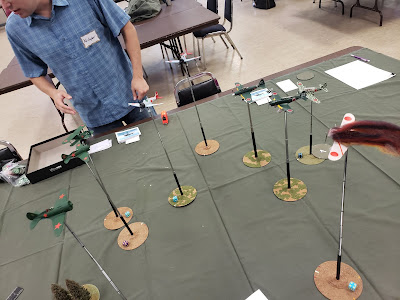 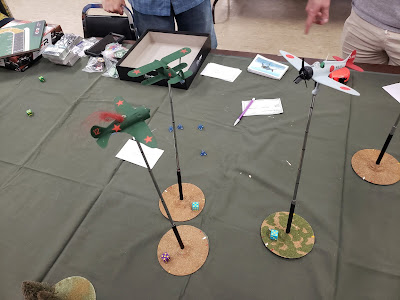 the Japanese replied with a head-on firing pass that scored a hit against the Russians,
killing the pilot outright (he got brought back in as reinforcements as well) 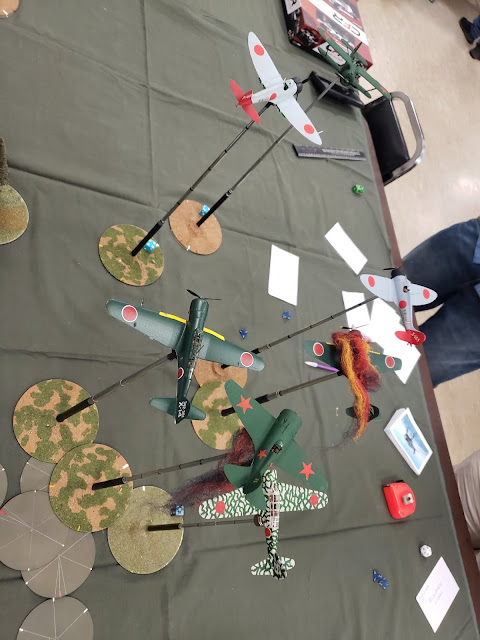 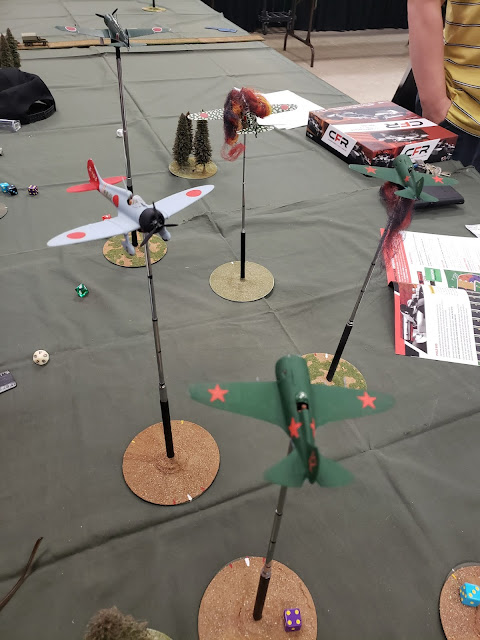 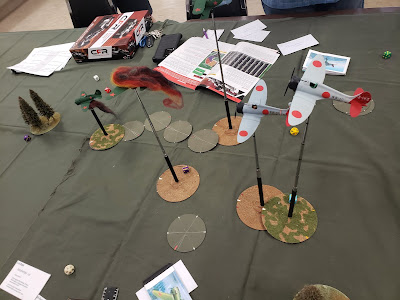 other games that I only had a chance to peek at; Form on Admiral's Wake presented by Jeff Przybylo
huge fleets of lovely ships of the line 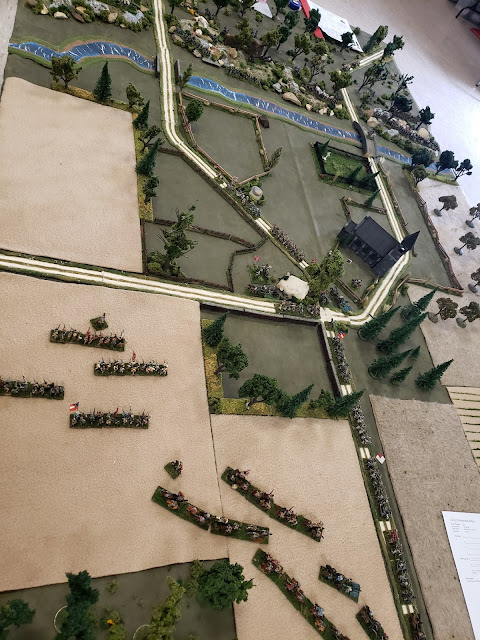 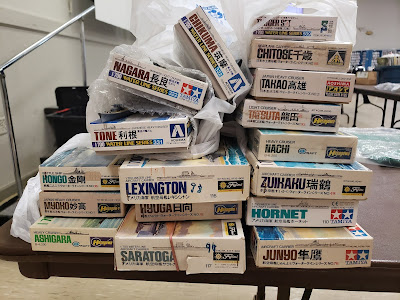 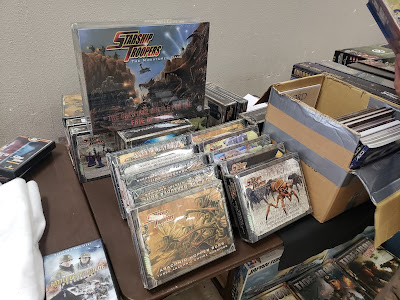 and ancient treasures made an appearance as well
anybody else remember these? 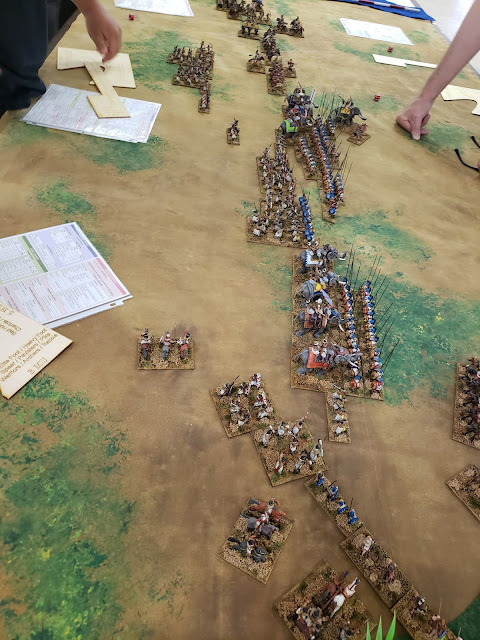 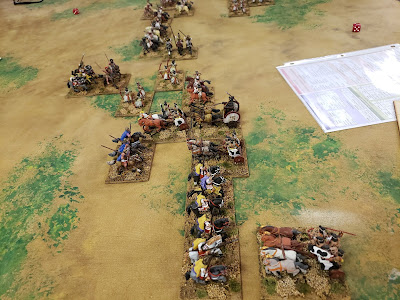 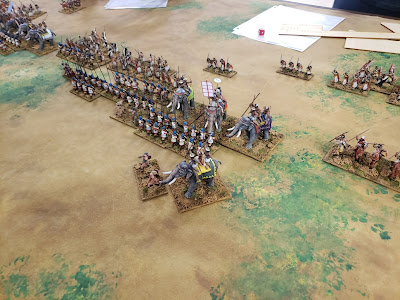 battle on an epic scale 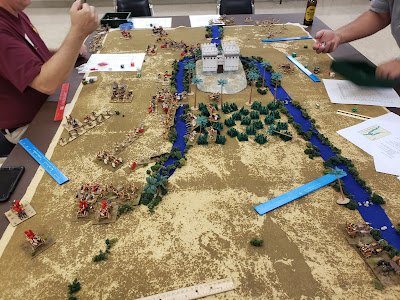 I apologize to everyone that presented a game I missed out on snapping a picture of, they were all very well done and very attractive. In particular I want to thank Gary Nichols for presenting "You're No Daisy"; a cowboy shootout game using his own I'm Your Huckleberry rules that was so visually compelling and thoroughly engaging that (even though I was playing in the game) I failed to take any pictures. This was a most excellent game and everyone should pressure him into bringing these rules to the market, they were simply superb!

Next local Convention is Spartacon, January 8th 2022. It sounds a long way off but with the holidays I will be busy enough putting together a game to present! Mark your calendars and check your snow tires!