Here at last are the Russian Heavy Weapon set from PSC, Fresh from the shelf at Michigan Toy Soldier we have the stuff that you need to complete your Russian infantry company for Flames of War or any other similar level game. Inside you will find the HMGs, anti-tank rifles, light mortars and heavy mortars to provide the indigenous support weapons found at company level. I think they have cheated a little on the box-art as it appears that they used photos of painted 28mm figures (judging from the size of the static grass vs the figures) but no matter, these are cast with the same attention to detail that is the hallmark of PSc;s products. In a true 1/100 scale they may not go together with the 15mm "scale" figures produced by some companies but they are consistent with the Soviet Infantry set PSC has released in the past. 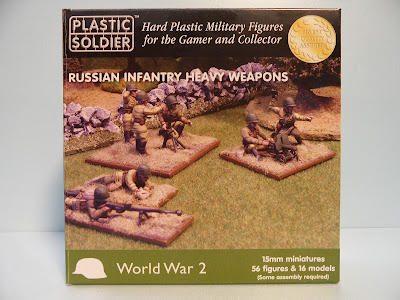 box-art, not inspired, but effective 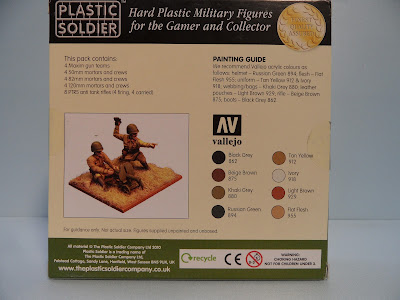 back of the box, again, not great, but it covers the important stuff 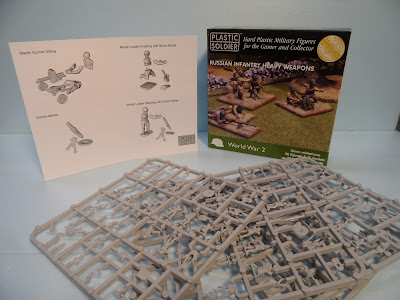 the contents, with a better than average assembly instruction 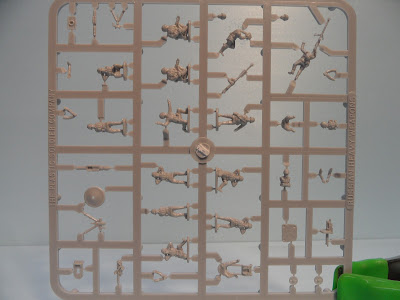 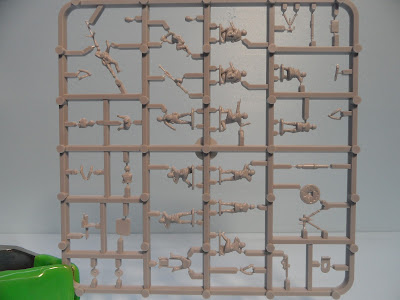 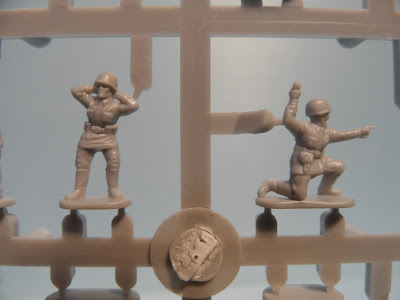 this is where I get all nerdy about details,
crisp accurate and in human proportions,
no ham sized hands or watermelon size heads 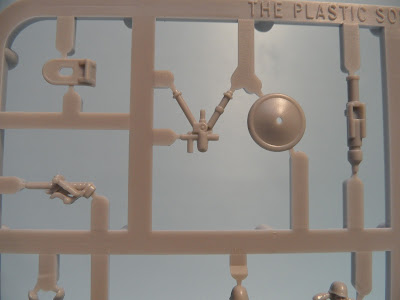 the weapons are well done too 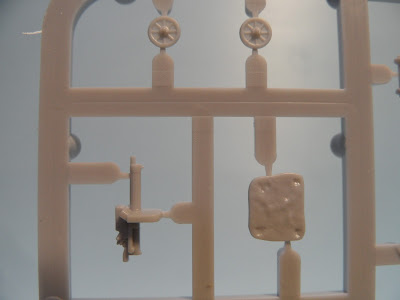 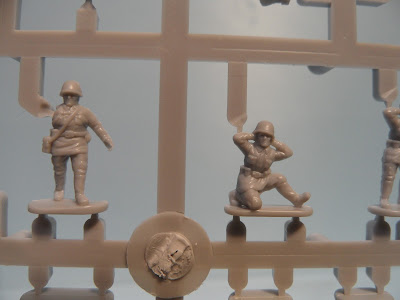 some of the poses are a tad stiff due to the hard-plastic molds,
to my mind the detaikl makles up for it

Another fine set from PSC; if you are starting out in 1/100 - 15mm you can spend a lot more money on figures that are far less attractive. If you already have a collection of 15mm figs from the likes of Battlefront or Old Glory these may not fit in so well. Given the price and level of detail you may consider selling the lead minis and switching to plastic. I certainly am.