I am much given to sudden enthusiasms but this is the result of an enduring fascination. Ever since I first laid eyes on the actual fort I have wanted to build a model of it. Many years ago I made a half-hearted attempt but it ended when I moved and the scarcely-started model was damaged.  Prompted by the release of the Lace Wars figures by Wargames Factory and by Joe showing up last week with some painted tricorne infantry and in no small measure by the release of the U.S.F 3-D survey of the fort just a few weeks ago I resolved to give it a go.

Equipped with a print-out of the U.S.F.paper and a pile of photographs that I have taken over the years during visits to the site I descended into the man-cave and got out my trusty Proxxon hot-wire cutter and a pile of blue-board. 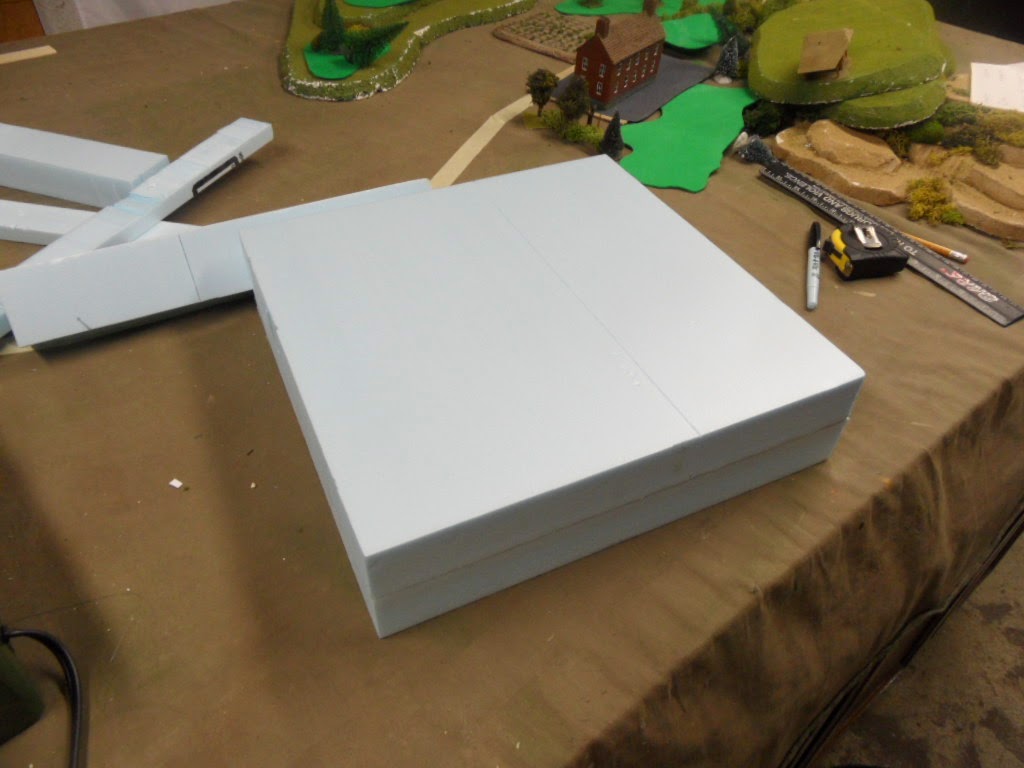 the first thing to do was to cut the base or plinth,
in the real fort this is little more that a pile of rock
to raise the fort and provide a solid foundation for the gun-deck and tower
I had decided to build the model in 1/48th scale to fit the figures and make calculations easy 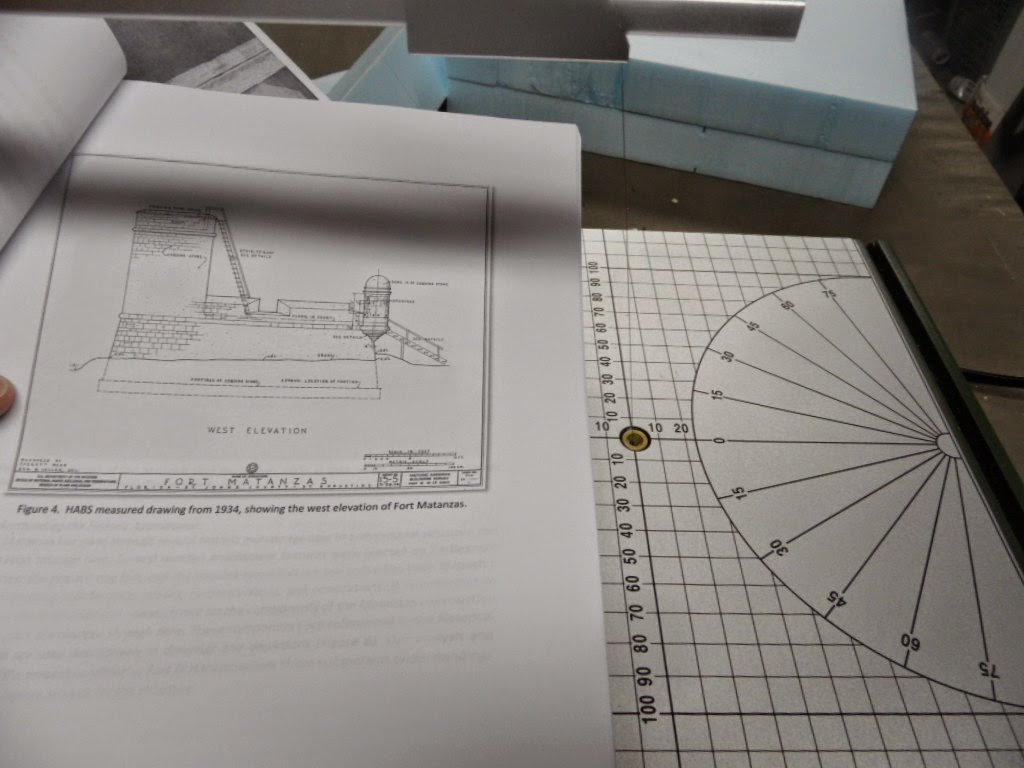 the actual base has a draft angle to it, slightly narrower at the top than the bottom, this is my high-tech way of checking to see that the angle is correct, later it began to bother me and I went back and calculated it precisely, I was within a 1.32 of an inch 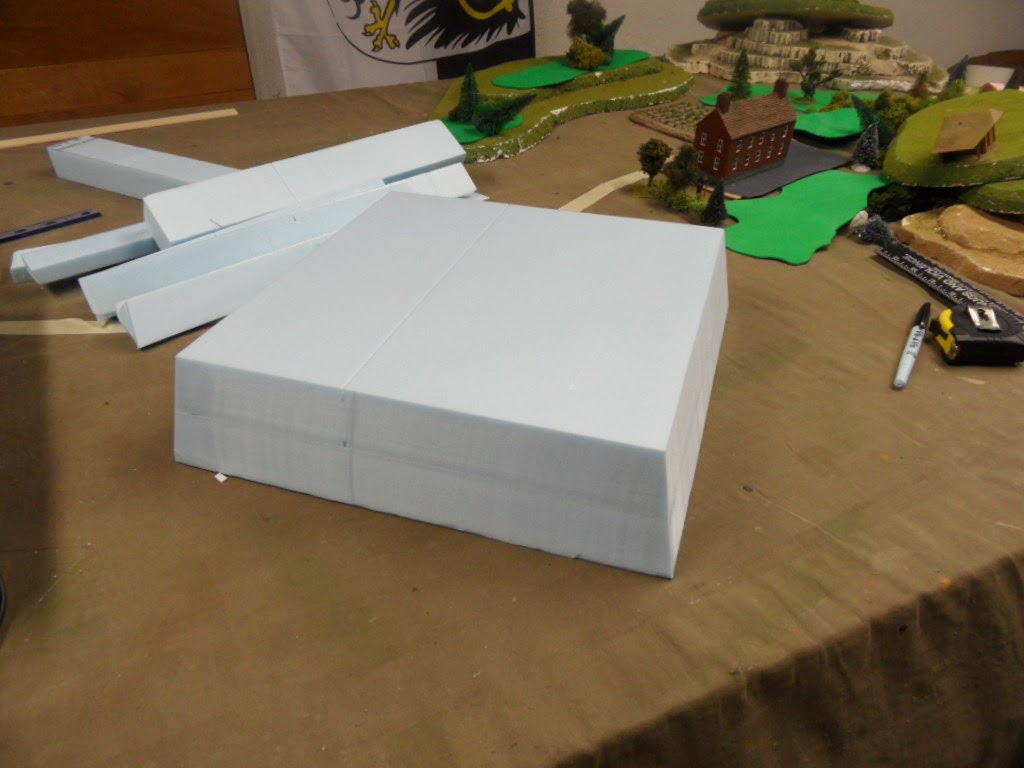 the base trimmed to proper size and shape 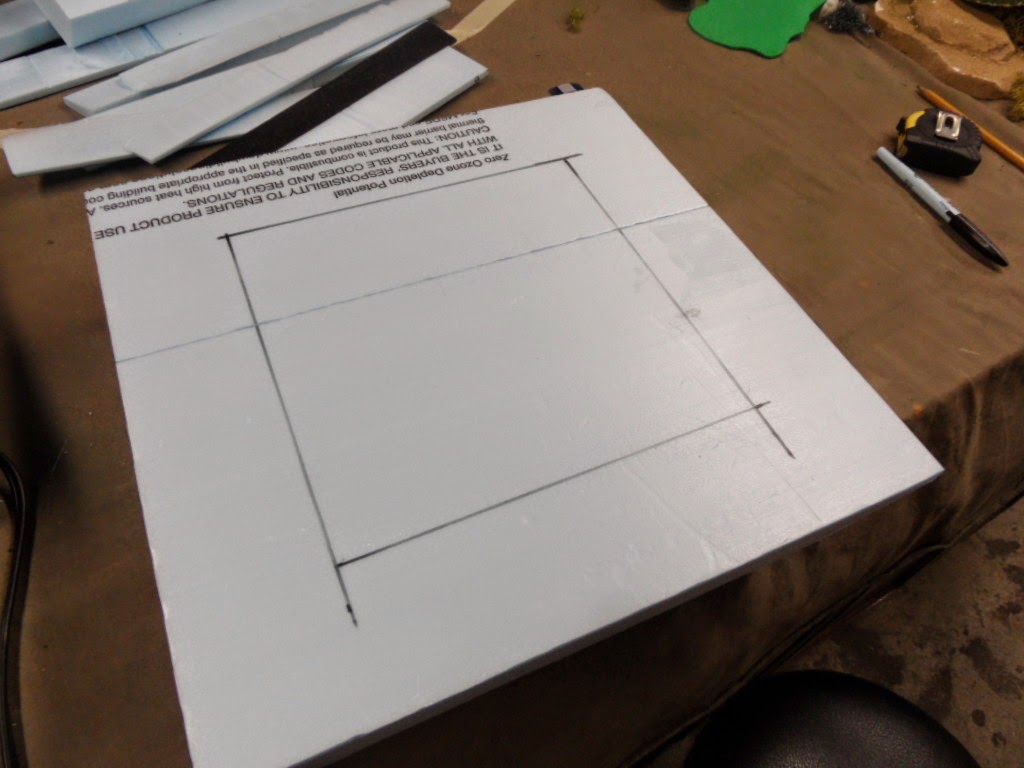 the actual base is a solid pile of rock,
for gaming purposes I decided to add a hollow space under the fort,
more storage for pirate treasure or a dungeon perhaps 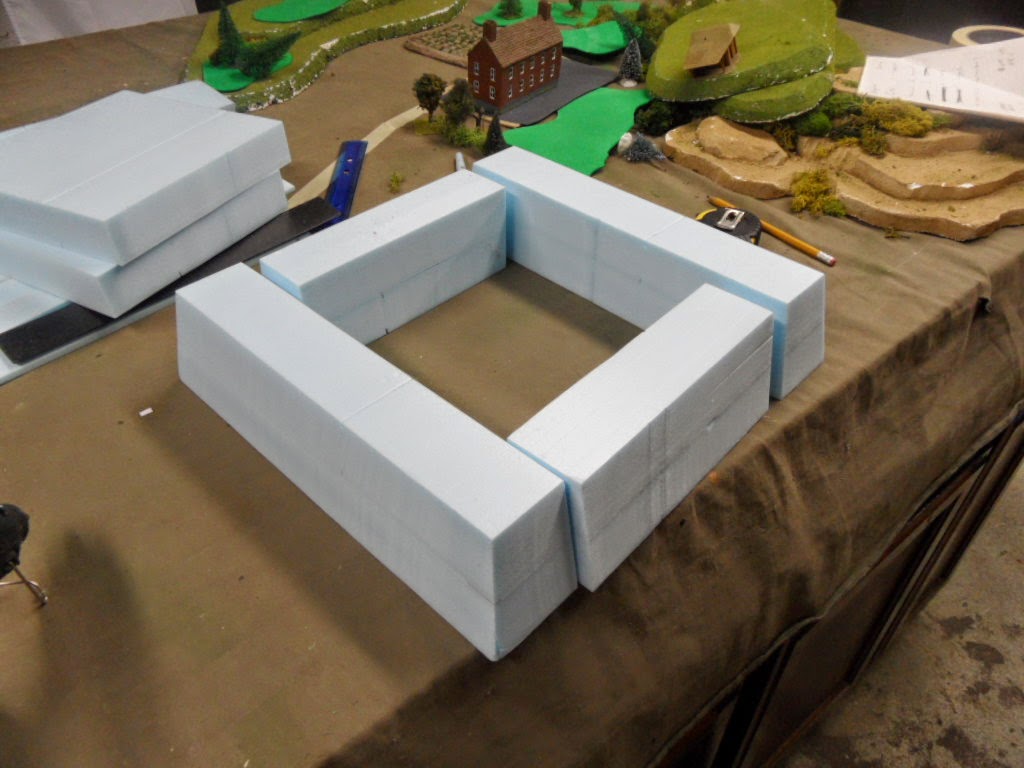 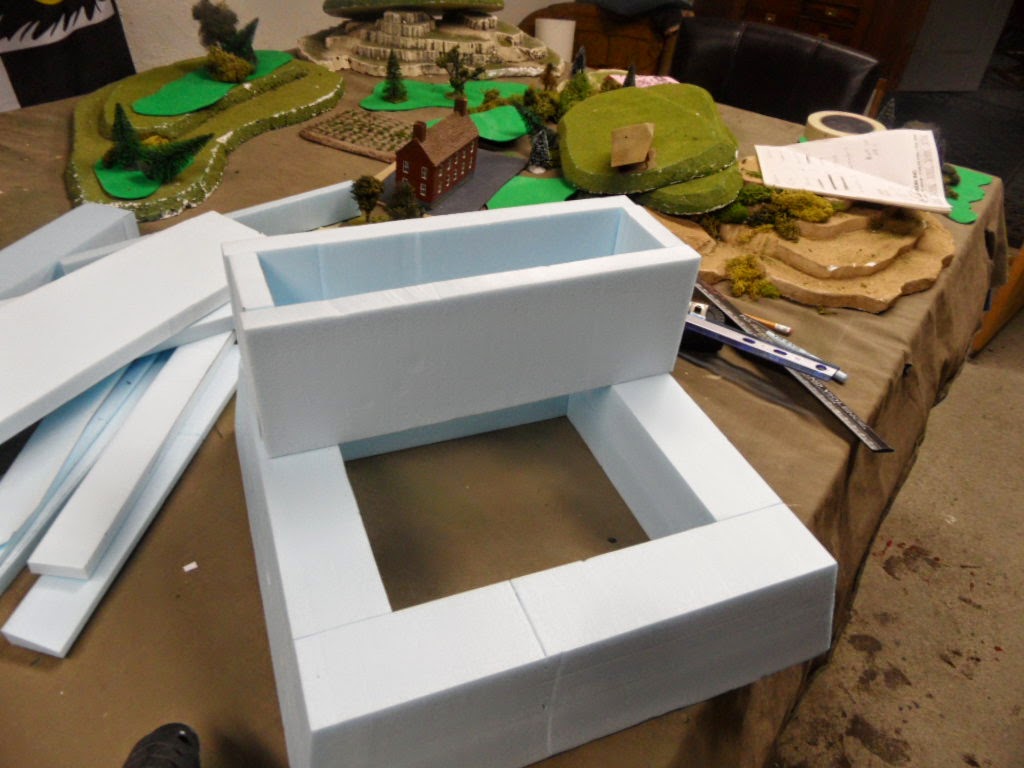 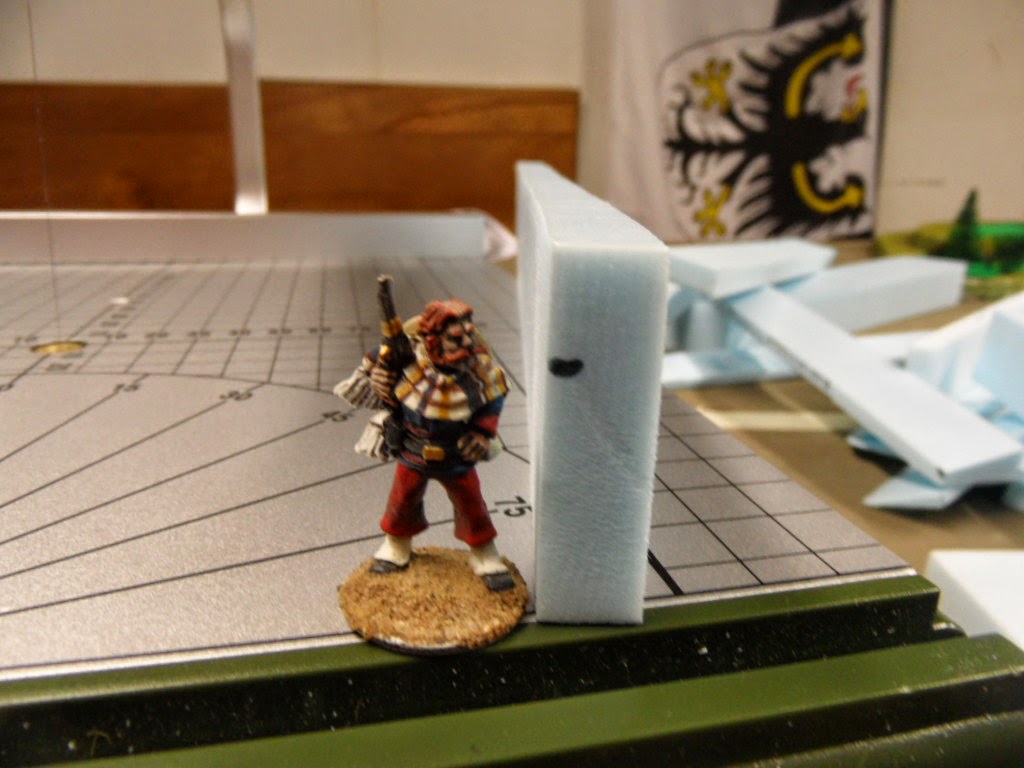 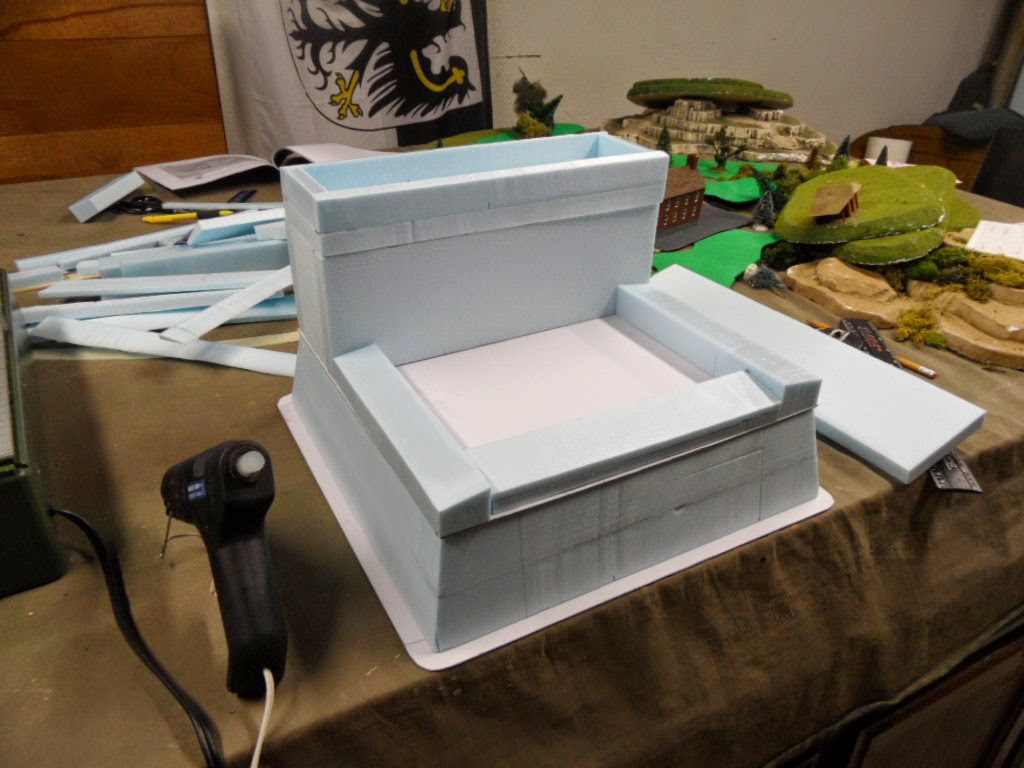 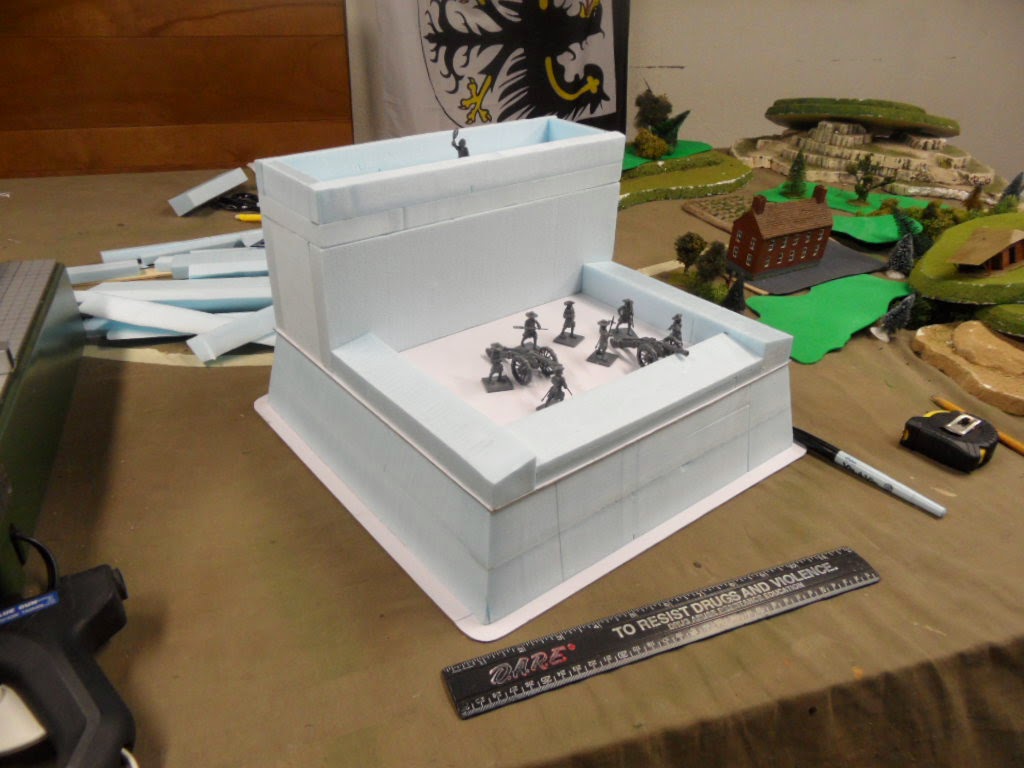 then I dug out my Spanish Succession artillery and stood them on the model to see how it looks,
the ruler gives a sense of size

There is still a ton of work to do on this model but at least this time I won't be applying a zillion rivets to the thing!