With all the Union cards on the table, and the balance (however slowly) shift in the favor of the Bluebellies, the Confederate Commander (Joe) had hard decisions to make; Hill stood little chance of stopping Sumner's slow-moving (but overwhelming) advance, while Hooker was finishing off J.R. Jones in the center. The one shining spot was Hood's indomitable defense of the snake-rail fence that stood in the path of Mansfield. With precious few brigades in reserve where would he send them to stymie the Union attack and gain a chance to win the day? 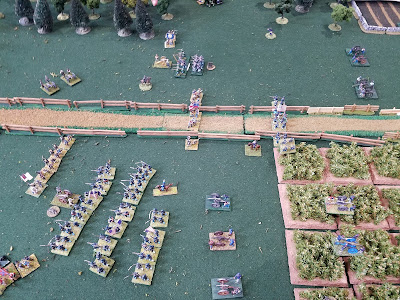 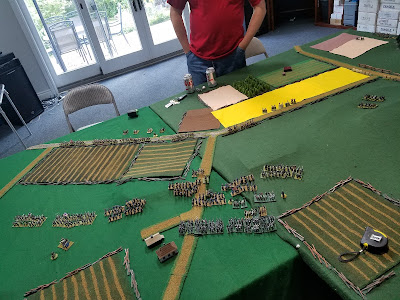 Sumner finally had his troops arrranged as he liked,
no longer waiting for Mansfield he moved against the Sunken Road 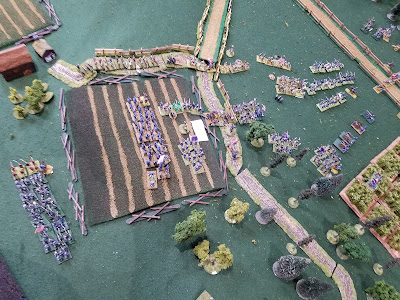 in that blood-soaked field Mansfield rallied his troops and considered his options,
the Union artillery was finally beginning to have an impact
but he now had a brigade of Texans to deal with as well 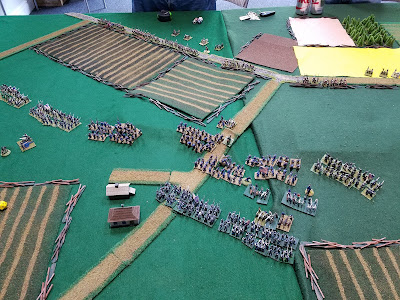 Sumner's "Ah-Ha" moment as his Corps crests the hill almost in perfect unison,
I think the Rebel boys would have said something less appreciative 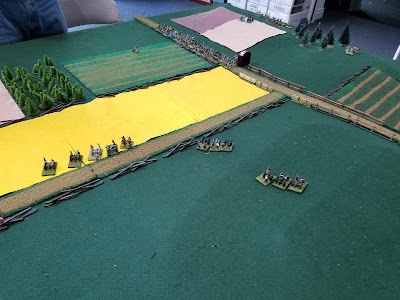 the center of the Confederate line, three lonely batteries,
from the Union lines the cry went up "Where is Mansfield?" 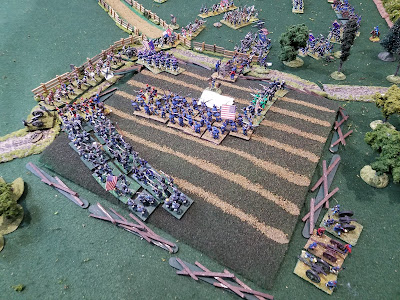 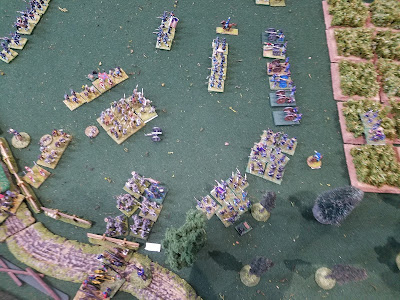 having shattered two Union brigades the Texans suddenly found themselves
surrounded in a killing field, no less than seven enemy units could fire upon them
they were to pay heavily for their boldness 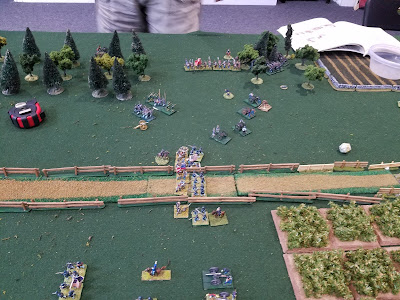 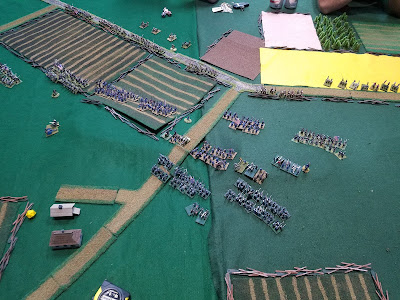 while on the Union left Sumner advanced majestically 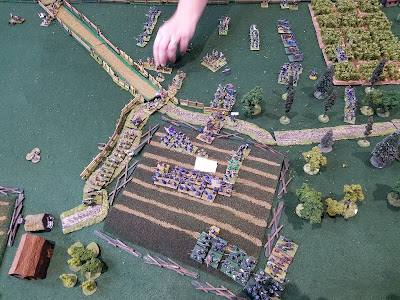 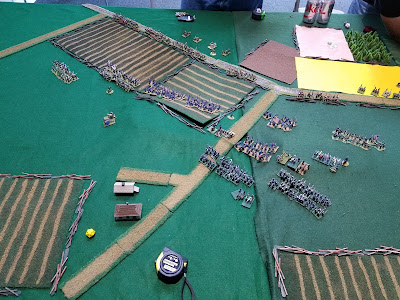 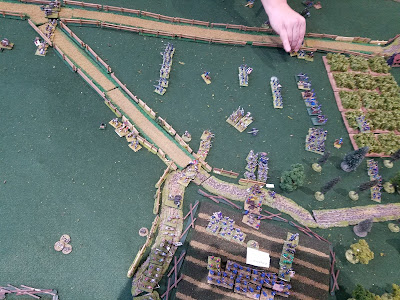 to the North, despite heroic bravery, the Confederate center was crumbling
Hooker's troops pressed towards the intersection 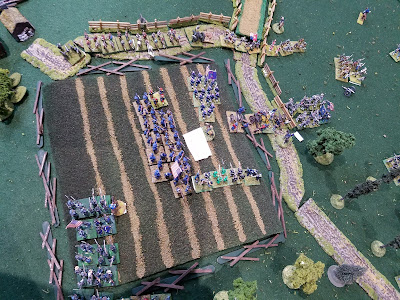 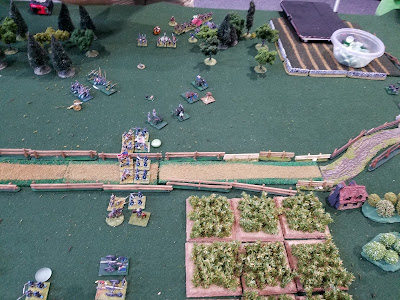 with only a few survivors of the Iron Brigade left standing the Union artillery
was the only force holding the right wing, they did this in grand style
sending forth a fusillade of hot iron that laid many a Rebel low 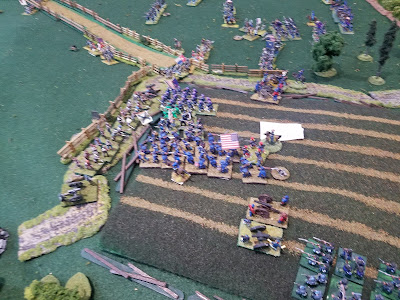 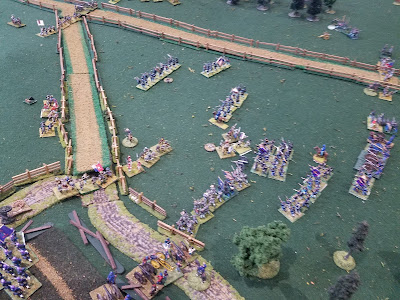 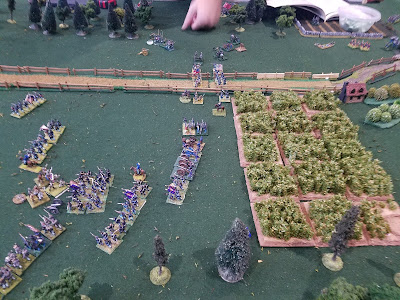 but, in the end, all was for nought and they fell where they stood 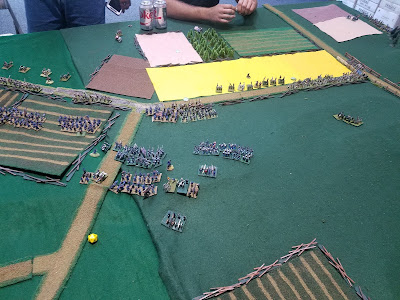 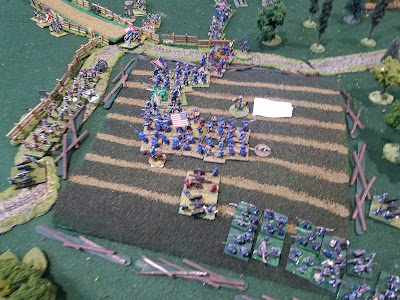 rebuffed once again, Mansfield pelted the Rebels with artillery
while he reorganized his troops once more,
the constant battering was beginning to tell on the Rebel line 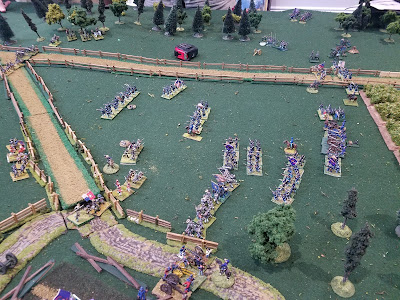 the Texans at the intersection now faced artillery fire at short range,
their numbers withered under the rain of shot and shell 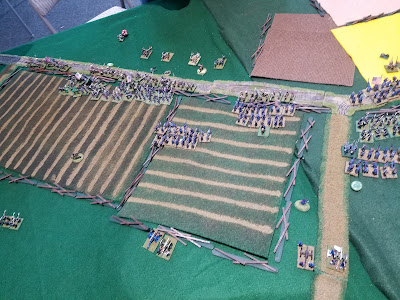 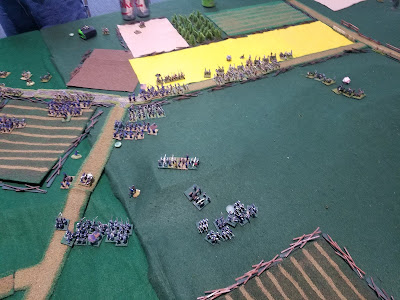 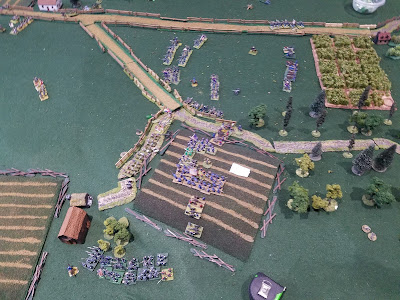 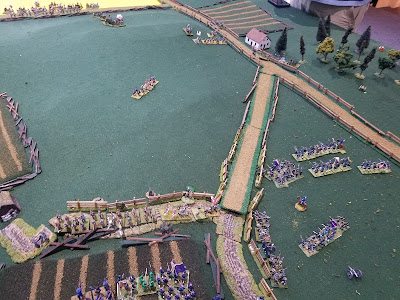 Mansfield's failure to advance on schedule meant that the hill in the center still belonged to the Confederates, but only just, as there was only one small brigade and a few batteries there 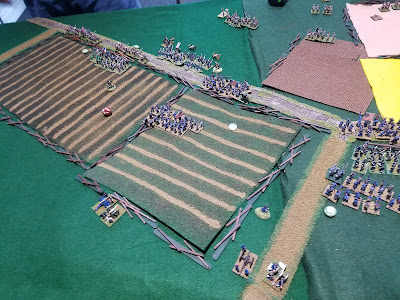 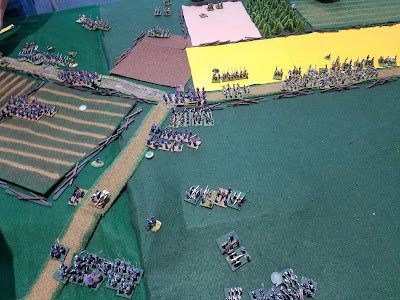 as more and more Rebel reserves got sucked into the fight 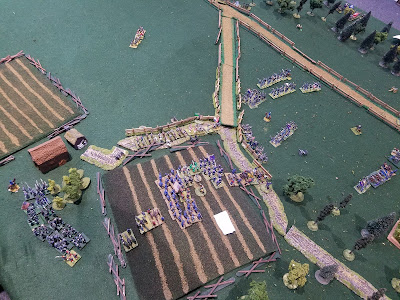 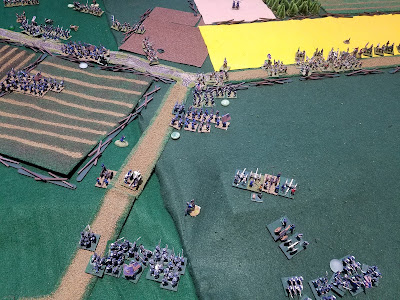 
The Confederate response had slowed the Union advance, but Sumner's forces had absorbed all but one last division from the Rebel reserves. The Confederate generals had spent their men's lives wisely and the boy in butternut and gray had fought like devils it now remained to be seen if the Union had enough stamina to see this thing through or they would find themselves once more within sight of victory but unable to reach it.

Part IV, The Denouement, next