Last we visited the fray the Confederates were holding in the north by the skin of their teeth while in the east Sumner's relentless pressure had drawn all of the Rebel reserves to his assault. Mansfield was finally working out how to get past one hugely stubborn Confederate brigade. With all the reserves on both sides in play there was little suspense left, just a lot of hard fighting. 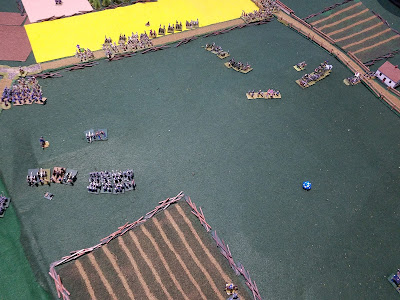 at the top of the picture you can see the last of the Rebel reserves turning to the east to confront Sumner's troops, the center is held by a few artillery batteries and two perilously weak Confederate brigades, oh, and a d10 (which, from it's blue uniform, would tend to favor the Union) 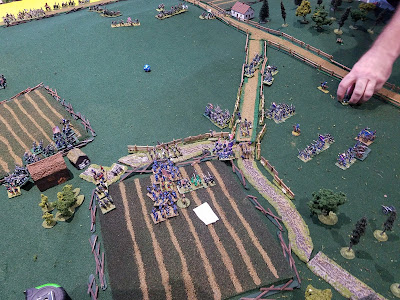 having finally seen the futility of going over the Confederate brigade Mansfield began to feed his troops past their flank, a few troops were left behind to keep the Rebels busy while the rest of the Bluebellies flowed past and toward the heights 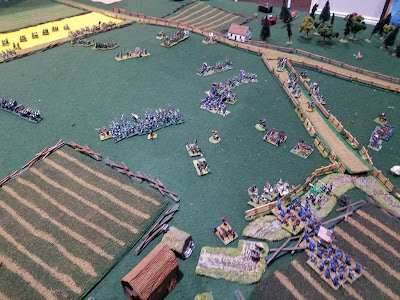 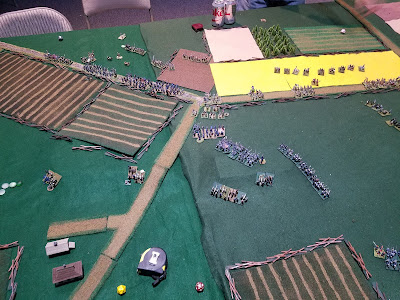 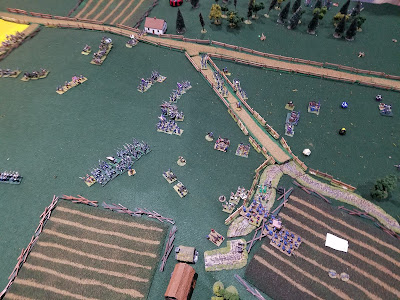 the Union brought forward the guns as well, no longer would this be a distant fight,
the Rebels on the hill defiantly fired at the oncoming tide of blue 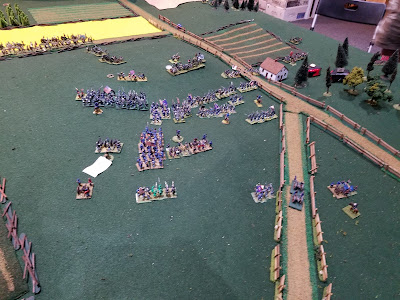 the Union troops suffered casualties but continued to advance without hesitation,
Hooker and Mansfield in the fore urging their lads on 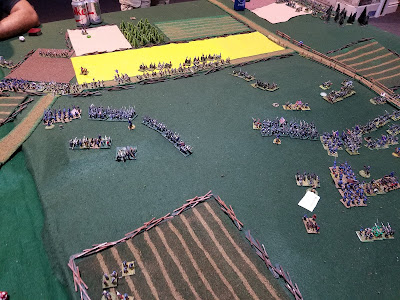 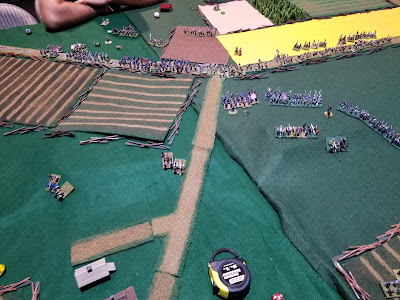 with their counterattacks failing and no reserves to turn to the Rebels could do little beyond
standing firm to cover the retreat of their guns and supplies, D.H. Hill's troops hunkered
down in the part of the Sunken Road that they still held and prepared to make the
Northerners pay dearly for every inch of ground


We ended the game here, the Confederate army with no option aside from retreat. The Union army battered, but still powerful, and possessing immense reserves (off table there remained the Corps of both Franklin and Porter, as well as the Army artillery reserve). Fire & Fury gave a game that moved well and gave plausible results without straining the fun of the game. Lincoln would have his victory, the Emancipation Proclamation would be issued and the South would be isolated from the rest of the civilized world to eventually go down in defeat.
Posted by Anton Ryzbak at 9:24 PM