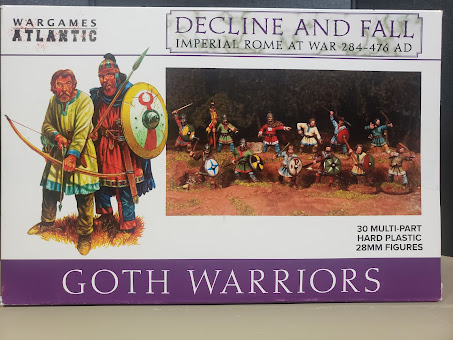 Fresh off the presses come this addition to the Wargames Atlantic stable, Gothic Foot Warriors. The Goths participated in the Fall of Rome (although there is an argument that they really just wanted to take over, rather than wreck, the Empire) and settled in the ruins of empire to become a power unto themselves for a while. This boxed set provides figures to go with the Gripping Beast Gothic Cavalry plastics, between the two manufacturers you can build a complete Gothic army that will break Rome without breaking your bank!

The minis are cast in a medium gray plastic that shows no trace of flash and only suggestions of mold lines. The figures are broken down into torsos with legs, leaving only the arms and heads to attach. These will also happily swap parts with other figures in the Wargames Atlantic stable allowing you to build an even greater variety. As has become standard there are several times more heads than bodies so your force won't look like they have escaped from the Clone Wars.

The parts supplied will allow you to build spearmen, command, archers and slingers; you have all your options pretty well covered by the contents of this box alone. 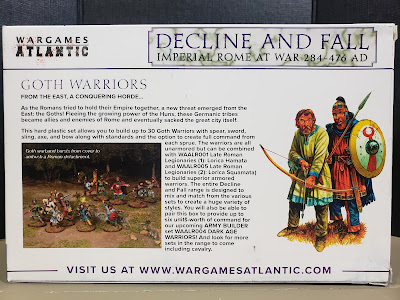 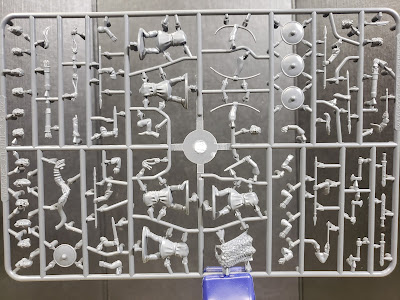 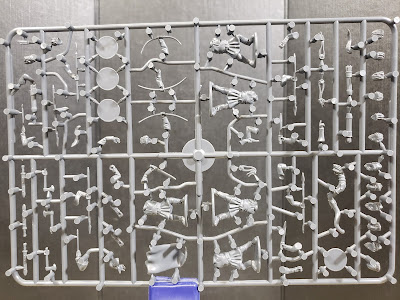 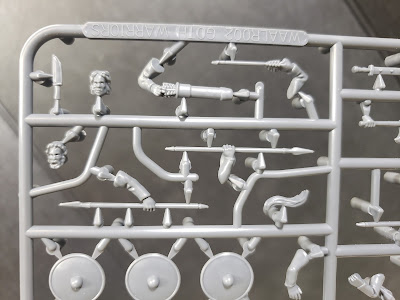 lots of weapon choices, and options as to poses 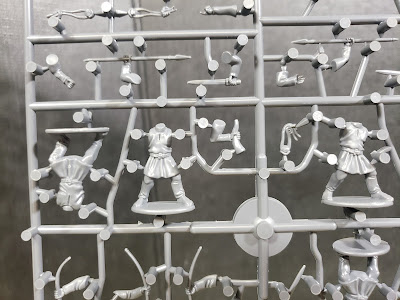 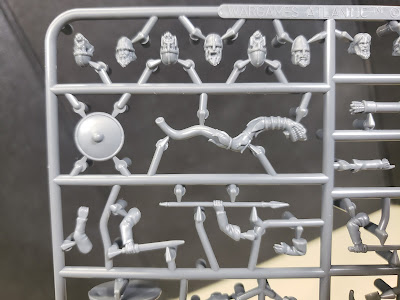 and tons of optional heads, 15 in total 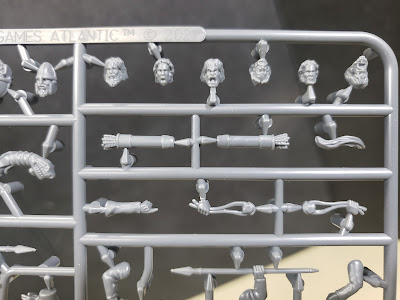 the guy in the middle seems to have gotten the taco with the ghost pepper! 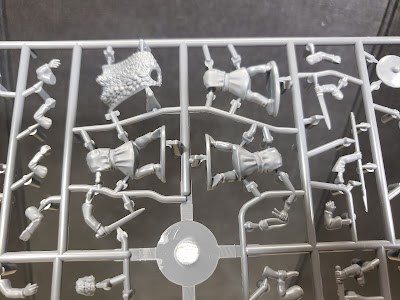 the clothing drapes naturally over the figure
In the past the biggest obstacle to me building the Dark Ages Barbarian armies would have been the cost; followed by the sheer mass of the minis and the sameness of the poses. This box solves all of those issues at the same time. On top of that the minis are very well sculpted! Having built the Gripping Beast Gothic cavalry and Dark Ages cavalry I can say that these will mix well with those figures in both height and heft. If you are contemplating a Dark Ages force you should seriously consider these minis.
Very Highly Recommended!!
They look even better assembled! 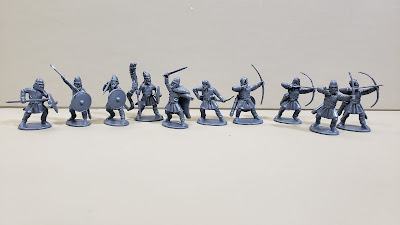 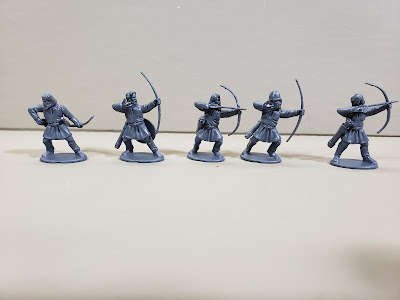 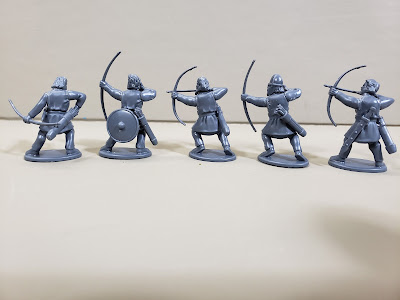 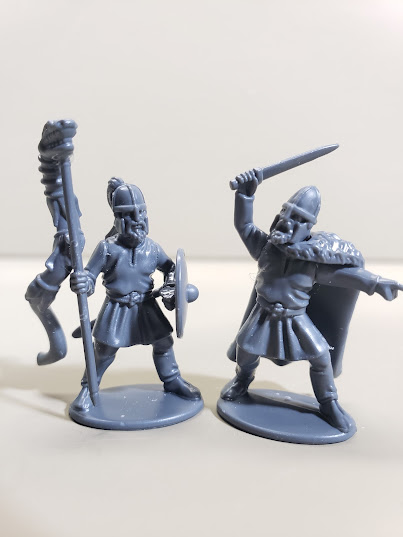 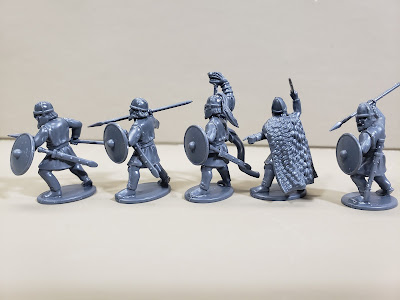 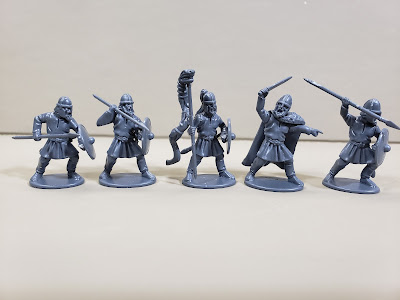