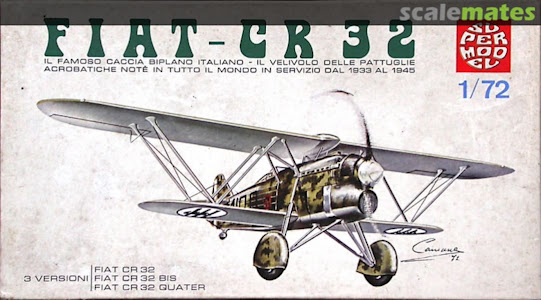 yeah, I threw the box away again so I had to steal a pic from Scalemates
Plodding along on my 2nd Sino-Japanese War project I am currently adding to the Nationalist Chinese Air Force. The Kuomintang fielded a dizzying array of aircraft during the long brutal fight for survival against Japan. One of the small purchases was a group of 16 (some say 24) Fiat CR-32 fighters in 1933. The fighters were well-received by the Chinese pilots who liked them better than the Curtiss Hawk II or Boeing 281, but there were no further orders due to difficulty of supply of the exotic fuel that the Fiat A-30 RA V-12 engine demanded. By the fall of Nanking in 1937 all of the CR-32s had been lost.
There is a very informative article on Wikipedia on this aircraft.
The model itself in molded in a dark green-gray plastic and has highly detailed surfaces. There is a pilot provided (and you best use him as the rest of the cockpit detail is an instrument panel decal).  Assembly went along smoothly with just a bit of sanding along the seams between parts until it came time to install the upper wing.. Then it became a nightmare. all of the interplane struts are individual pieces, none of them have locating holes or pins, the installation point is a small bump on the wing that represents the fairing of the end of the strut. At least the struts between the fuselage and wing were premolded in and "N". Apparently Supermodel thought that Revell had patented the ingenious strut system that they had used on their model of the CR-42.  The instructions were less than helpful. 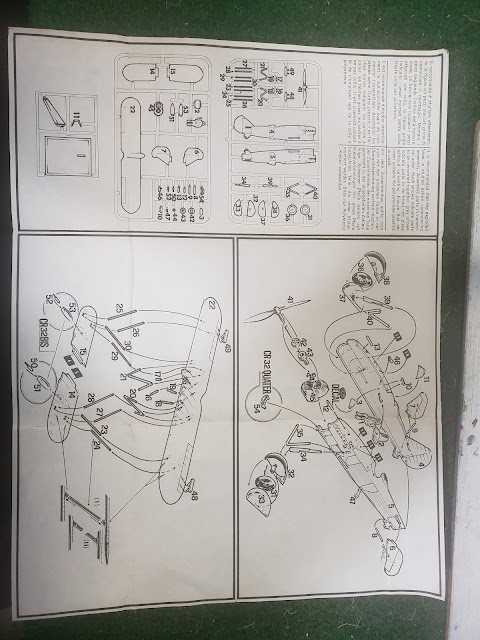 just hold all twelve of these tiny parts in EXACTLY the right position
while the glue dries and it will be dead-easy!
The landing gear were just as bad 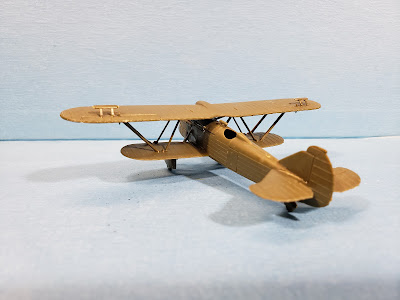 but, once it's done, she is a sleek and sexy bird 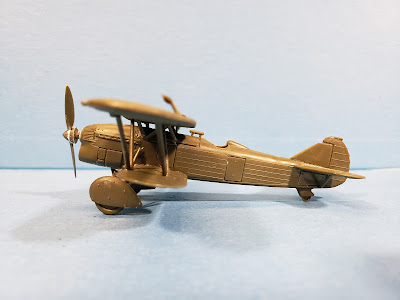 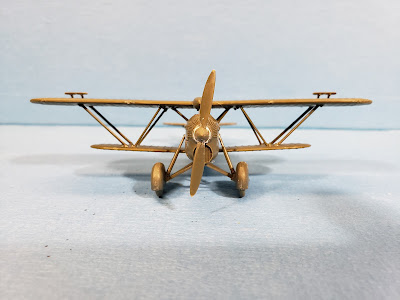 I find the "park-bench" trim-tabs on the ailerons amusing 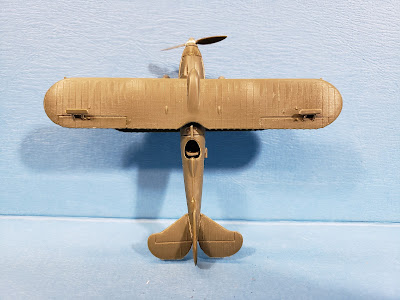 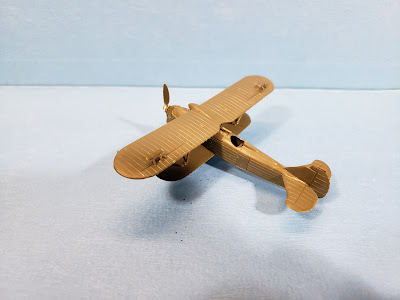 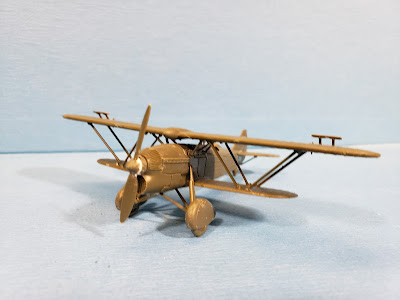 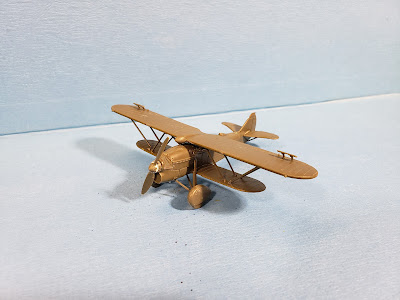 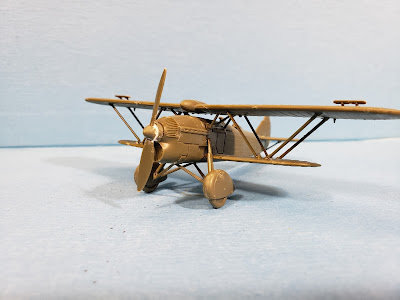 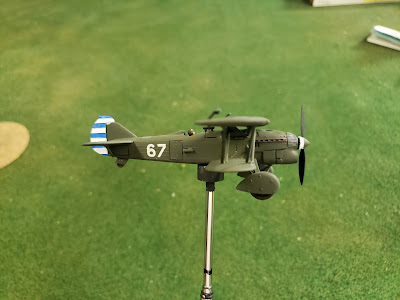 with a touch of paint she sure looks nice 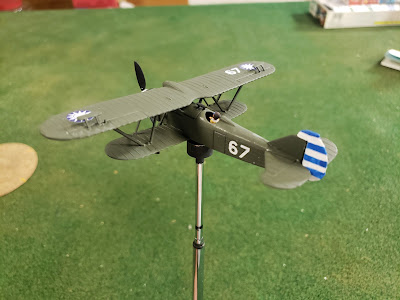 While I was waiting (cursing at the ) for the struts to dry I also assembled another Revell Boeing 281 (known to most as a P-26). I just need to get paint and decals on these birds and China will have a decent start on an Air Force.
Posted by Anton Ryzbak at 8:35 PM