Going in a Whole New Direction with Blue Board

Having finally fixed my hot wire cutter (it was the switch, it is always the switch that fails, again I just by-passed it) I was itching to try out an idea that I had; to make a table-saw equivalent using the wire-cutter. A little bit of blue-board, some super-glue and duct-tape and a few bar clamps and I was in business. The results can be seen below, mind you this is a primitive prototype and will be improved upon/replaced as time goes by (probably with stuff from these guys).﻿ This set-up allowed me to cut crisp ninety degree angles so I set out to try my hand, first on various bits of scrap that were lying about the shop and then on a couple of larger projects that I had been holding off on.

First I tried my hand at an ECW star fort (or "sconces", as they called them then) this turned out very well so I moved on to larger projects. For a long time I have been wanting to build another pre-dreadnought style ship for a VSF campaign but was not looking forward to the amount of work involved in the hull assembly. Cutting a hull (and superstructure) out of blue board would save me the bother and greatly speed things along so I sketched out a bow-profile on some board and set to work. 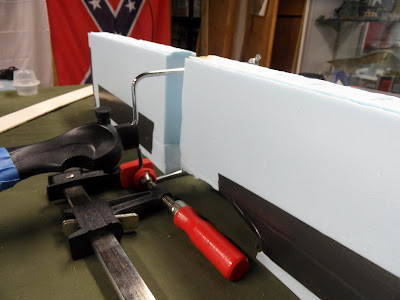 the technology is crude by it does work rather well,
a bar-clamp holds the frame of the wire-cutter firmly 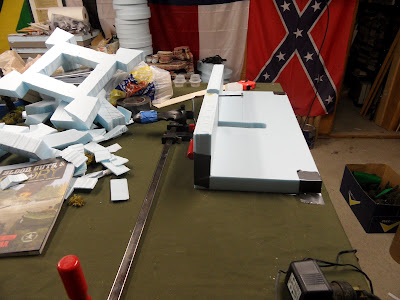 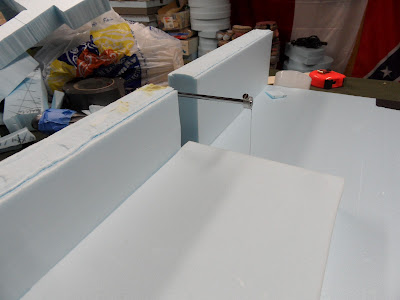 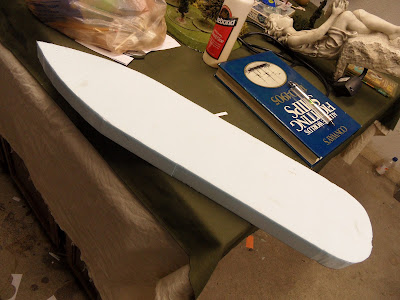 and POOF! you have a hull; next to it on the table you can see the guilty party,
Conway's is the source of all my troubles, and a lot of creative ideas 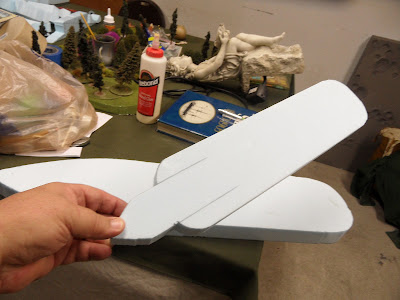 the second layer, the rounded ends will become gun-sponsons 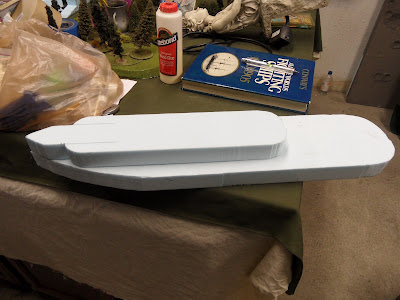 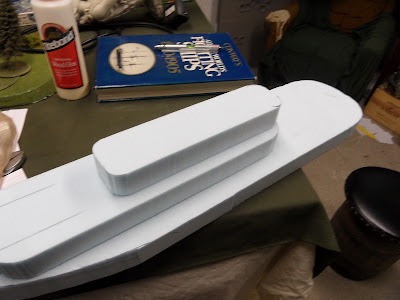 they also had very high superstructures 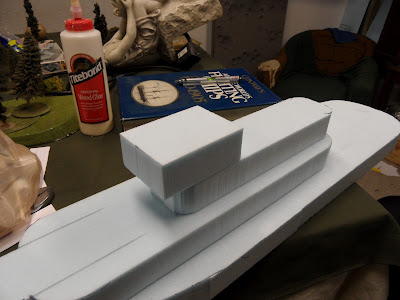 after the superstructure I added the con..... 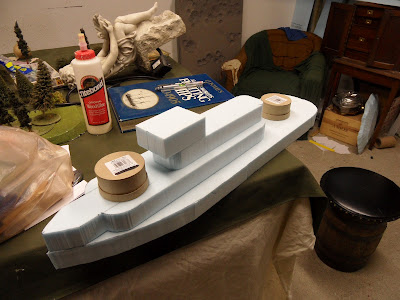 ....and a couple of turrets 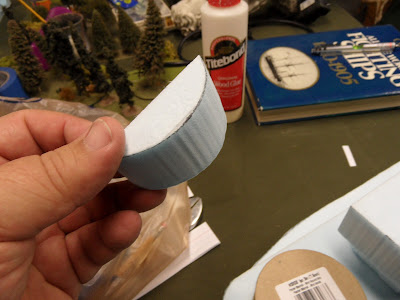 the side-sponsons were cut free-hand, that took a few tries before I got it right 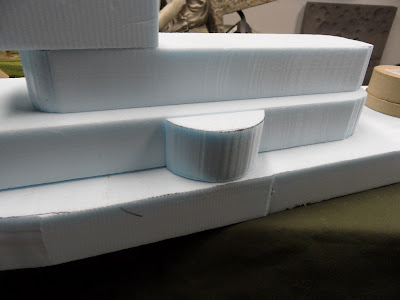 not a product endorsement,
just an example of unusual sources of shapes 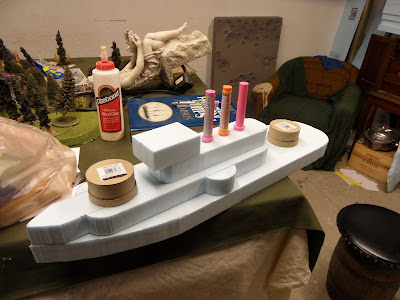 the three skinny funnels add to the unique profile 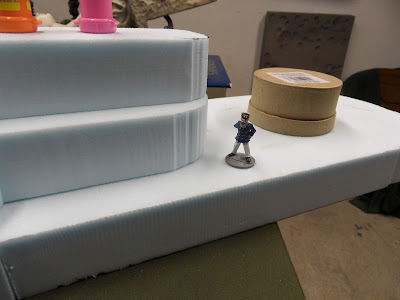 he seems well pleased with his new ship

This is my first big experiment with using blue-board to build up a boats hull﻿. I like how things are going and I am getting the hang of using the hot-wire table to cut items at a predictable angle. This method provides a light and sturdy three-dimensional shape to mount details on and is rather quicker than my old method of building up layers of foam-core or wood.

This could well be the beginnings of a really large convention game!
Posted by Anton Ryzbak at 5:11 PM