I saw these when I walked into Michigan Toy Soldier and grabbed them right away (not just for the review, I needed them for my FoW Soviets). When I got home and popped the box open I was well pleased with what I found inside. This kit will provide both the early and late versions of the gun as well as the 76mm field gun mounted on the same chassis. Very nice indeed. Now all I have to do is to convince the boys at Battlefront to do a little research and add the 76mm to their lists (yeah, right, like that will happen).
Anyways off to the show; 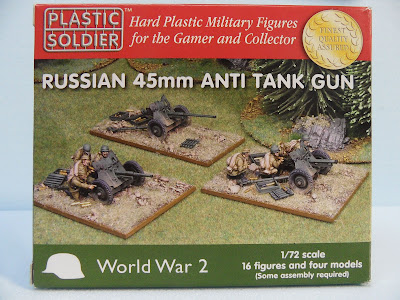 the box-art is a photo (and I think it a picture of the 1/72 scale model)
OK I guess, no doubt about what you are getting 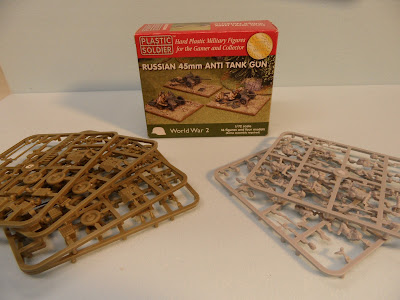 the contents; four sprues of guns, two of crews 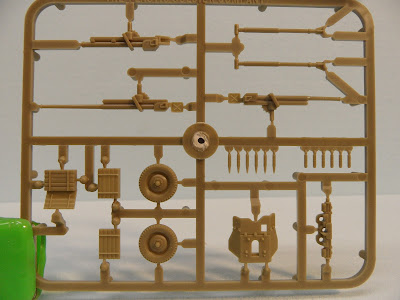 gun sprue, side A 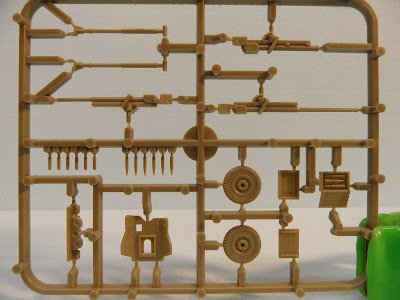 gun sprue, side B 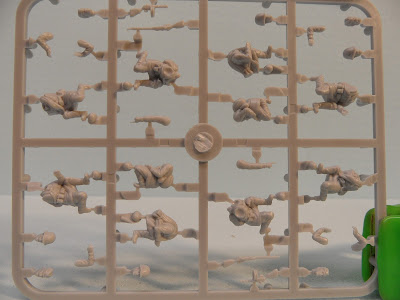 crew sprue, side A, they seem slightly larger than ther infantry,
I will have to dig that box out and check 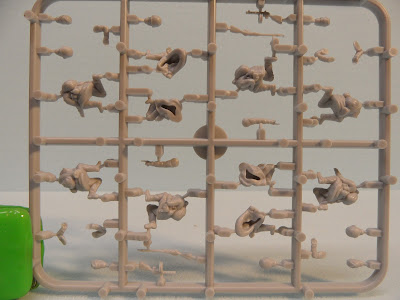 crew sprue, side B 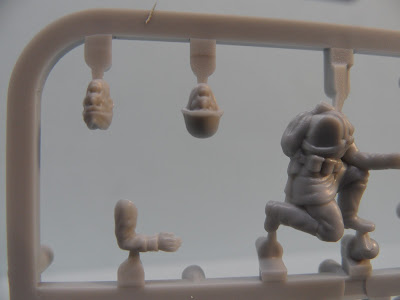 the crews are very well done and nicely detailed 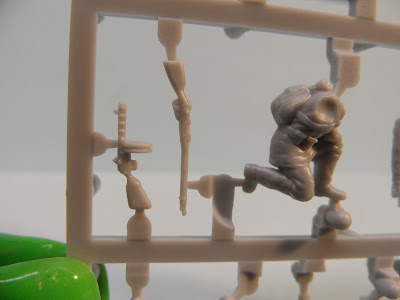 even the small arms are spot-on 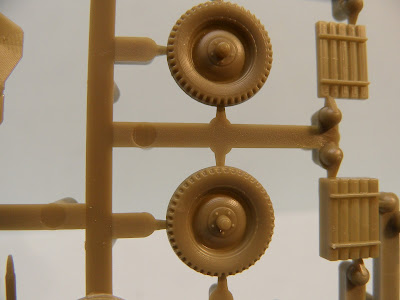 tire-treads and rivets, you know I am nerding-out right now 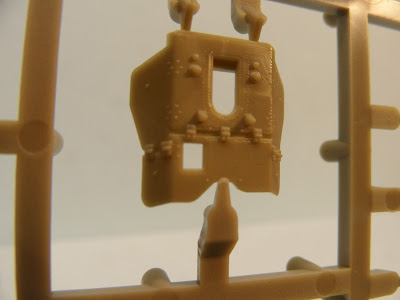 just look at the delicacy of the detail !

This kit is up to everything that you would ever expect of a PSC kit; detailed, well cast, a choice of versions and priced right. Once again PSC has shown the way this hobby can move forward. Kudos all around.

I would say Very Highly Recommended but that really doesn't do this justice. Buy a box NOW, even if you aren't into Soviets you will like them.

OK , that was over the top, leet me just say that if you are doing a Soviet force for WW2 you will probably need some models of this gun and you cannot do better than buying this kit. Fact!
Posted by Anton Ryzbak at 6:01 PM