I have to confess that the Hurricane was always one of my favorite aircraft, overshadowed by the longer-lived and far sexier Spitfire the Hurricane was the backbone, muscle and sinew of the RAF during the hard days of the Battle for France and the the Battle of Britain. Easier to build and maintain, the Hurricane was numerically the most significant fighter of the RAF through those dark days. I always thought it looked cooler as well. Zvezda has added this aircraft to their growing line of 1/144 scale models and it is a beautiful kit. 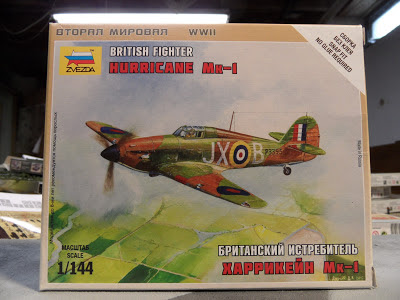 box art is rather uninspired 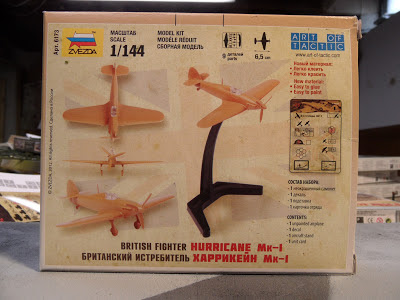 the back is even less exciting 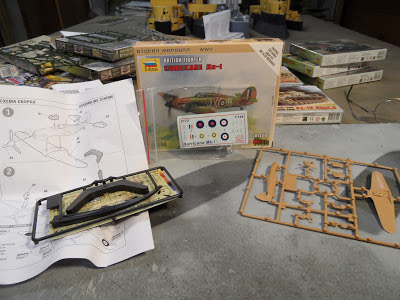 contents of the box 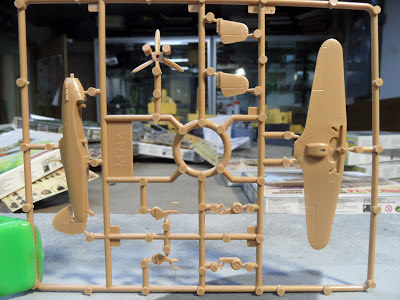 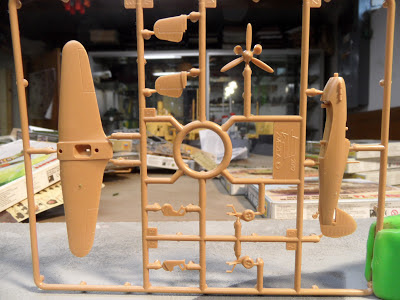 here is side B 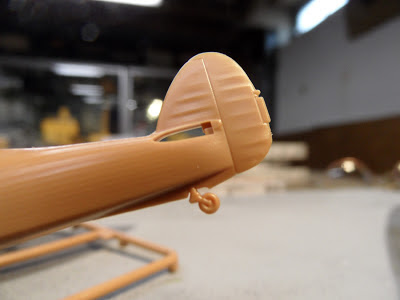 the delicacy of the detail is amazing,
the horizontal tailplanes snapped easily into place 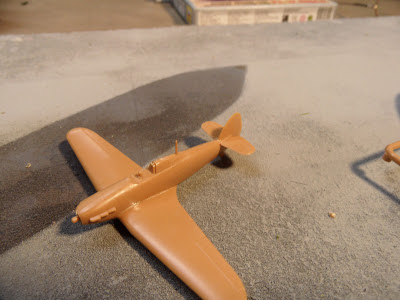 then I snapped the fuselage onto the wing section,
this took a fair bit of pressure I am betting it doesn't need glue 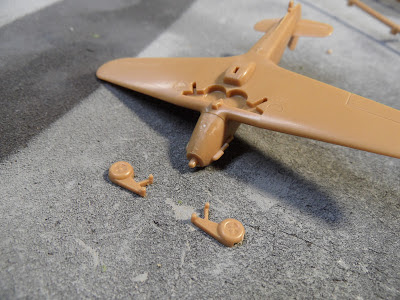 as I will be using this as a flying model I used the retracted landing gear,
I was amused by the fact that they included spokes on the inside of the wheels 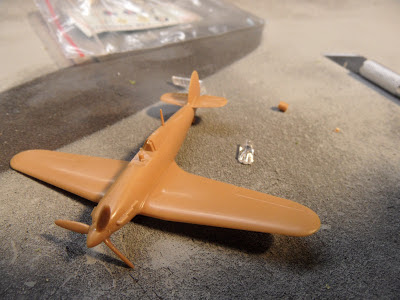 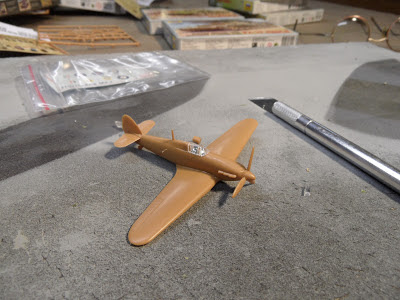 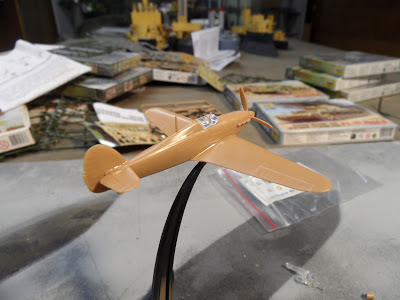 the model certainly captures the look of the original 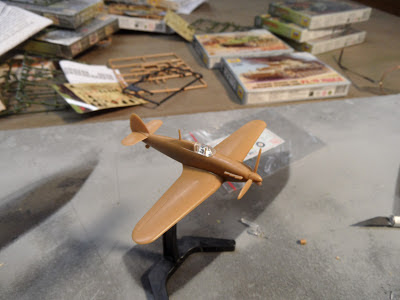 just waiting for paint and decals, which are very nice, by the way

A quick and easy build, this captures the outline of the original aircraft very well and is perfect for either an "air support option" on FoW or as a model for air-to-air games such as CY6. At under five bucks you would be hard pressed to find a more attractive value in 1/144 scale.