So, I dragooned Joe into a test game of the rules I have recently updated . Despite the fact that he had worked for ten hours in the sweltering heat (95+ degrees Fahrenheit) he got the gist of things within a couple of turns and we finished the game in about two hours of playing time. 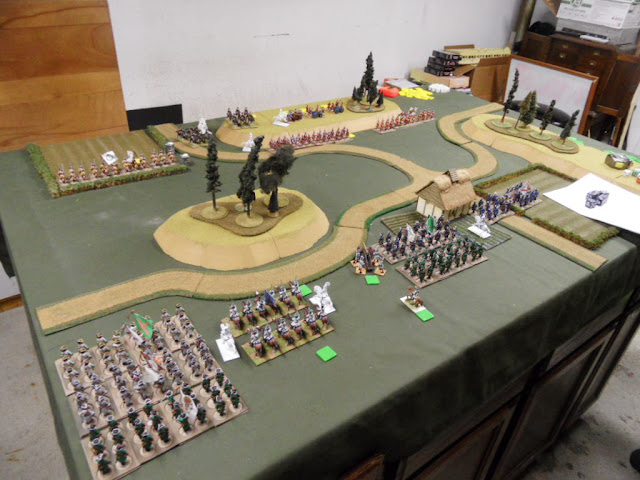 never one for subtly, Joe planned a massive left-hook punch
a view from the French left rear

The scenario was this; an Allied force of three battalions of Foot, three guns and two squadrons of Pistoleers are trying to deny the use of the intersection to the advancing French. The French are marching on with six battalions of foot (two of them Raw), a single gun and two squadrons of Aggressive Horse. I was the Allied commander and not knowing the French deployment I spread my battalions out evenly across the front with the guns all deployed along the ridge  at the center-rear of my position. 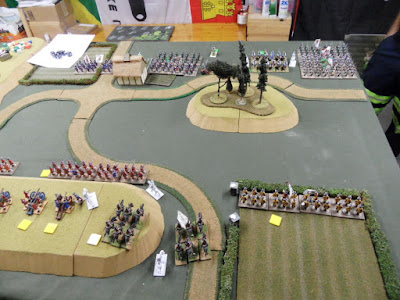 and a look at it from the Allied side 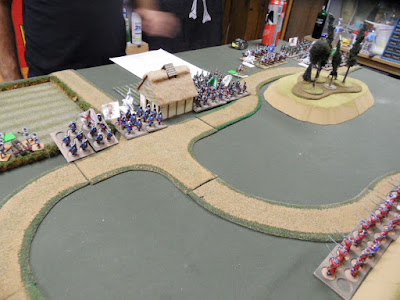 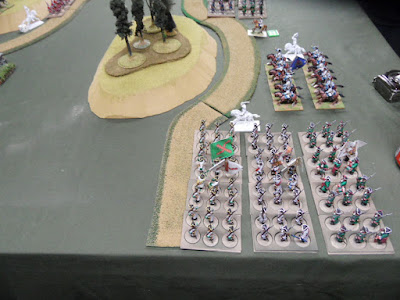 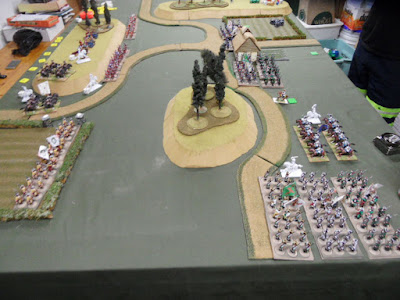 a slightly larger view, sorry about the "ghost generals"
I haven't had a chance to paint then yet 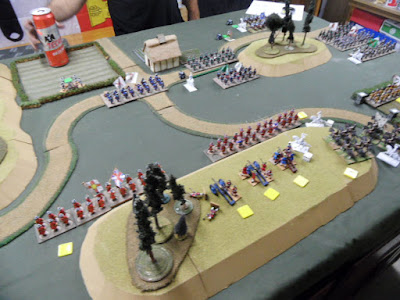 the situation from behind the Allied left, the French advance grinds forward,
taking casualties but advancing without concern
under the rules cannon rarely inflict many casualties in a turn but they can grind you down over time 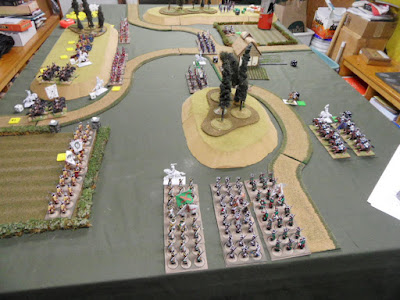 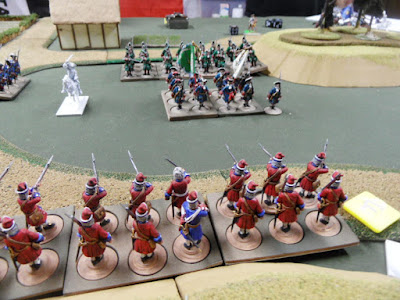 in the center the combination of Allied cannon fire and musketry
took a toll on the new French battalions, who advanced undaunted 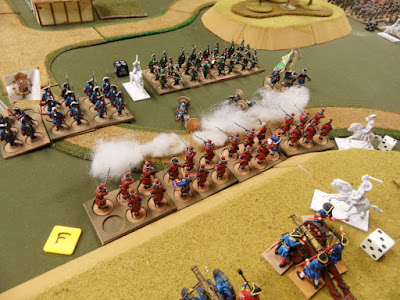 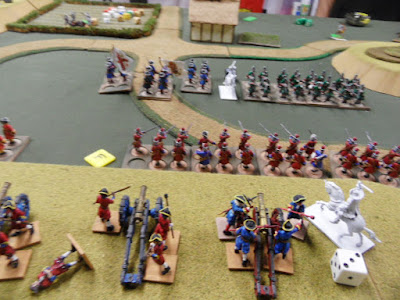 then the French artillerymen started picking off my gunners
counter-battery fire is of limited effect, unless you are Joe and can roll sixes on demand 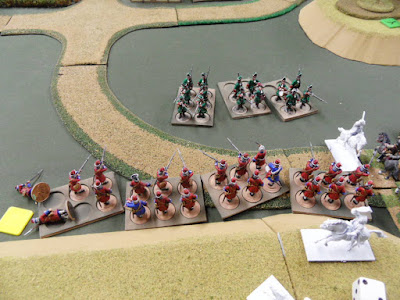 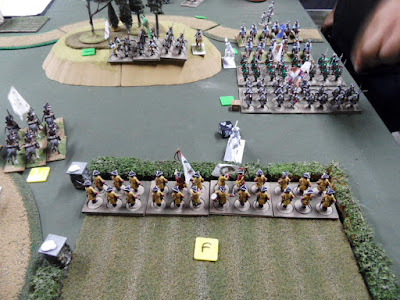 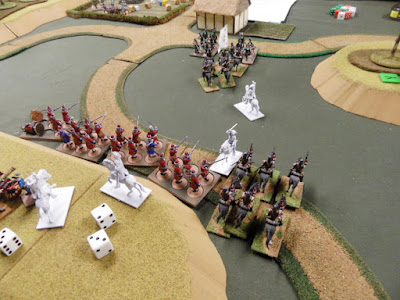 the Pistoleers attacked the fusileers, just to be sure
under the rules cavalry are unlikely to win a fight against steady infantry that can shoot at them on the way in, on the other hand recoiling infantry that can't fire are easy prey 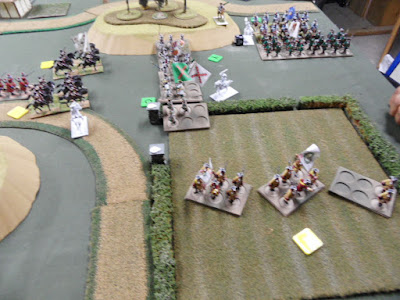 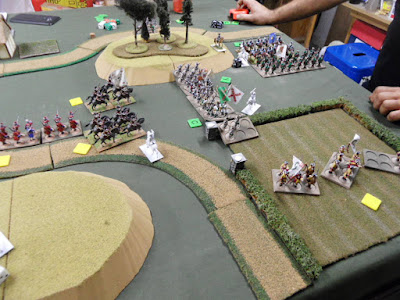 trying to stop the flood, in desperation I launched my cavalry against the  French foot
the Danes failed their Rally order and retired from the table, this left my right hanging in the air 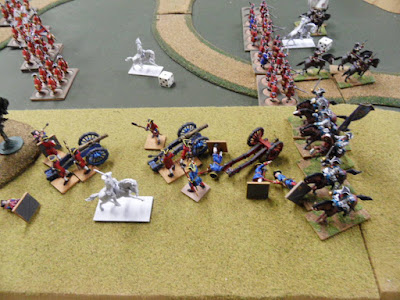 allowing the French Horse on the extreme right of the Allied line,
they swept past the infantry and ran the length of my gun-line slaughtering my gunners. 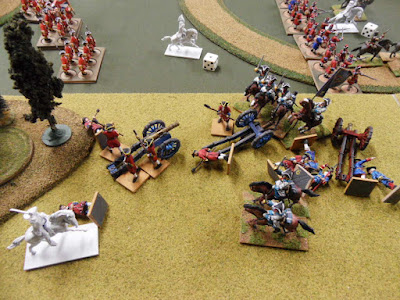 the follow-up moved finished off the last of my gunners and completely turned my flank,
gathering in my Commander in Chief as a prisoner of war

Without any gunners left, my flank turned completely and my Commanding General a prisoner I conceded hoping to get terms for my brave soldiers. The rules played fast and were easy to teach. The change in the cavalry rules seems like it worked well enough and the infantry behaved as I had hoped.
Posted by Anton Ryzbak at 12:21 AM