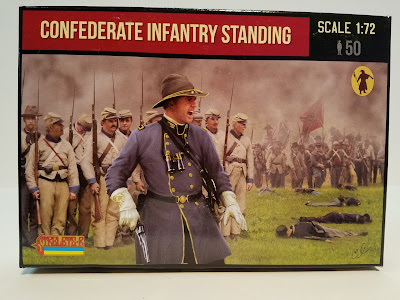 
Here we see the Confederate Infantry Standing set. The front box art is a weird montage of Photoshopped re-enactors that provides decent ideas for uniform colors and is suggestive of what is contained in the box. The back of the box is far more helpful as it clearly presents the contents with photographs of the miniatures contained within. The boxes are flimsy but, as the figures inside are flexible, there is no real risk of damage.

This is an interesting set of miniatures in that most of the poses seem to have been lifted from period photographs; the set even includes a photographer with and old-fashioned daguerreotype camera (and an impressive mustache as well). They are excellent for dioramas and for those little vignette pieces that make wargaming terrain pieces stand out; guards, camp scenes, command stands and the like. 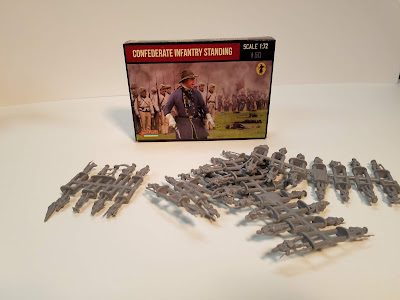 the box and its contents, one Command sprue and three sprues of troopers 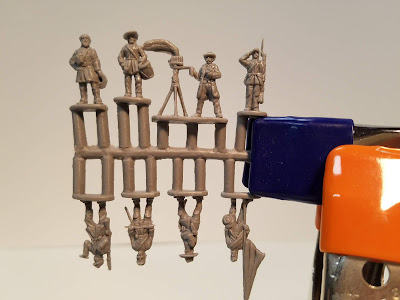 Command sprue side A 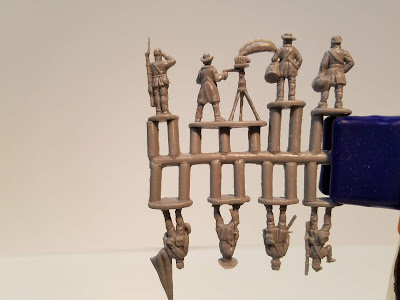 Command sprue side B 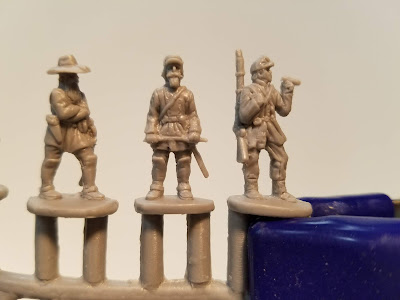 close up of the same, I love the beard on the fellow in the middle 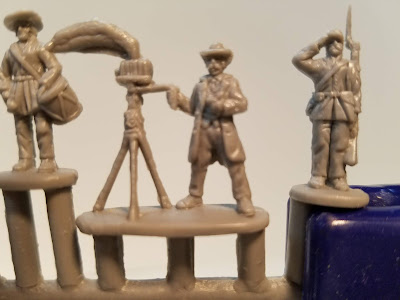 the photographer is brash fellow, at first I thought the blob on the top of the camera was the drape but then I realized that it is a flow-channel that just needs to be removed, the camera does need to be cut off and turned 90 degrees so that it faces the same direction as the photographer 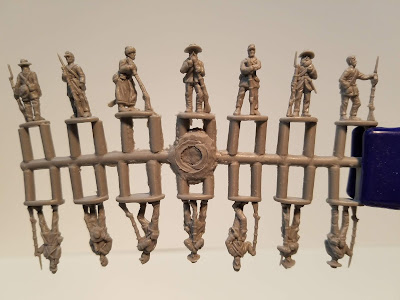 trooper sprue side A
one real gripe is that the useless Muscovite is on each of the trooper sprues,
which means that you have three completely useless figures in this box 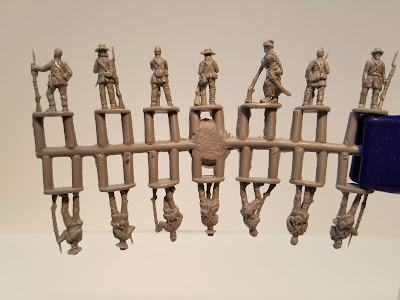 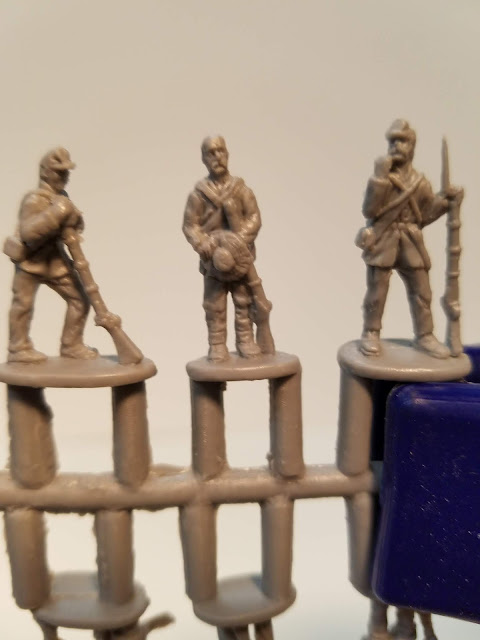 A very interesting set. Perhaps of more use to the modeller than the wargamer but I will say this, if I was gaming in 1/72 I would have a couple of boxes of these to flesh out the rear ranks of my units and to provide vignettes to enliven the tabletop. The figures are all well cast and nicely detailed   with realistic proportions and correct uniforms. They have a certain "taken from real life" air about them that makes them intriguing and endearing at the same time. Well done indeed.
Posted by Anton Ryzbak at 1:57 PM